The Carr Fire in Northern California continues to burn out of control. It is now the 7th most destructive fire in state history. Over 110,000 acres have burned, more than 1,200 structures are destroyed, six people have died, and it is only 27% contained. The fire is so massive that it is producing its own weather patterns.

This pyrocumulonimbus cloud, also known as a cumulonimbus flammagenitus, was caused by the Carr Fire on Friday, July 27. These happen when flames heat the air up, and as it rises convection forms. If they become large enough, lightning can be produced causing additional threats of fire. It differs from a normal pyrocumulus due to its extreme vertical development.

In this image, two layers of pileus are visible (resembling upside-down saucers). While they resemble stationary lenticular clouds, these form when a strong updraft is present and indicate that the atmosphere is highly unstable.

When a firestorm is powerful enough to make a cumulonimbus flammagenitus, the weather within the area becomes impossible to forecast. Winds change speed and direction, and this turbulence leads to the formation of fire whirls. The hotter it gets, the drier the atmosphere becomes.

Unfortunately for those living in the Redding area, the forecast is more of a firecast. Temperatures are expected to remain near or over 100°F for the next two weeks. WeatherOps show relative humidity in the single digits within the entire area, as well as further east. With no rain in the future, this fire will continue to grow. 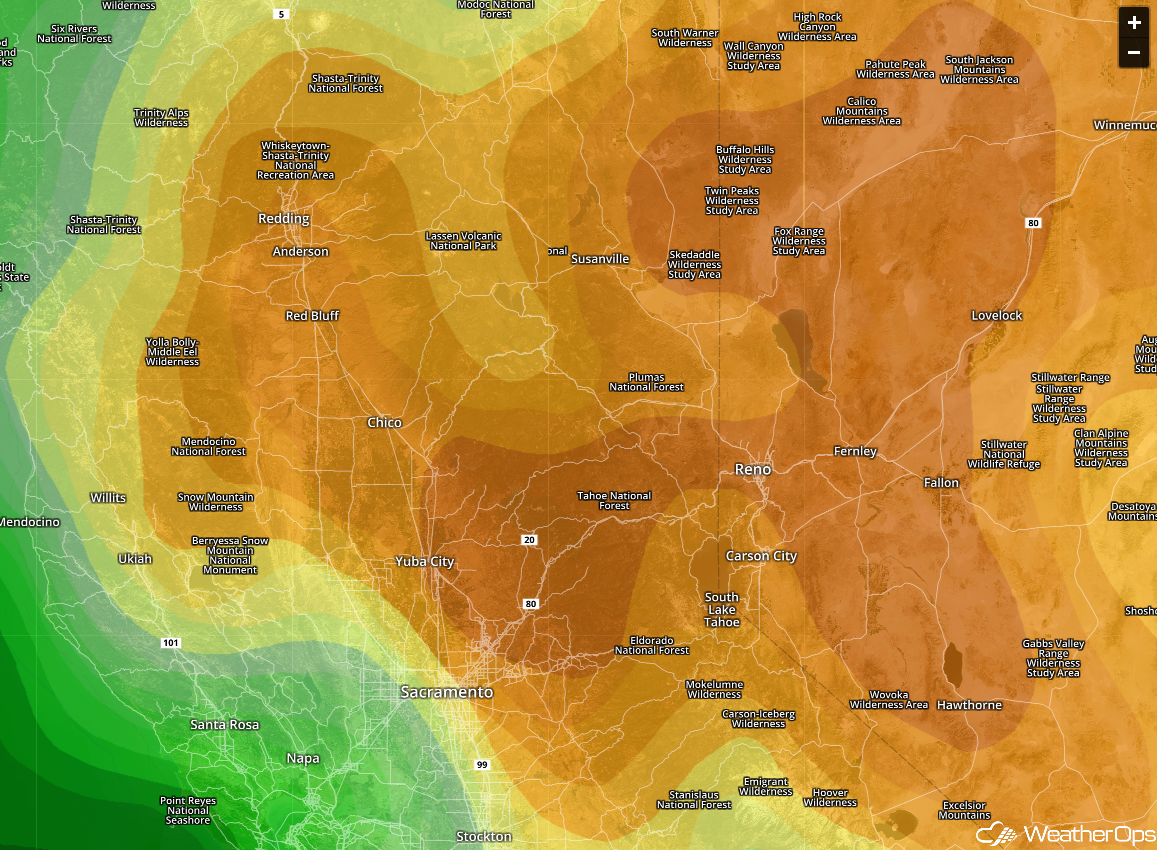 Frontier's temperature anomaly map for July shows that Northern California has been around 3 degrees higher than normal. Looking at the same location in the August forecast shows a slight reduction in the heat, but it still remains warmer than average.

Smoke for the fire near Redding, California can be seen spreading eastward into Nevada on this NASA satellite image. And it's not the only wildfire in California, the Ferguson Fire and numerous other regions in the state are under threat.

The acreage burned by the Carr Fire is now large than the city limits of Denver. All roads within the perimeter are closed as the fire continues to expand. With 10,000 firefighters at work, the area could burn for weeks until it is brought under control. 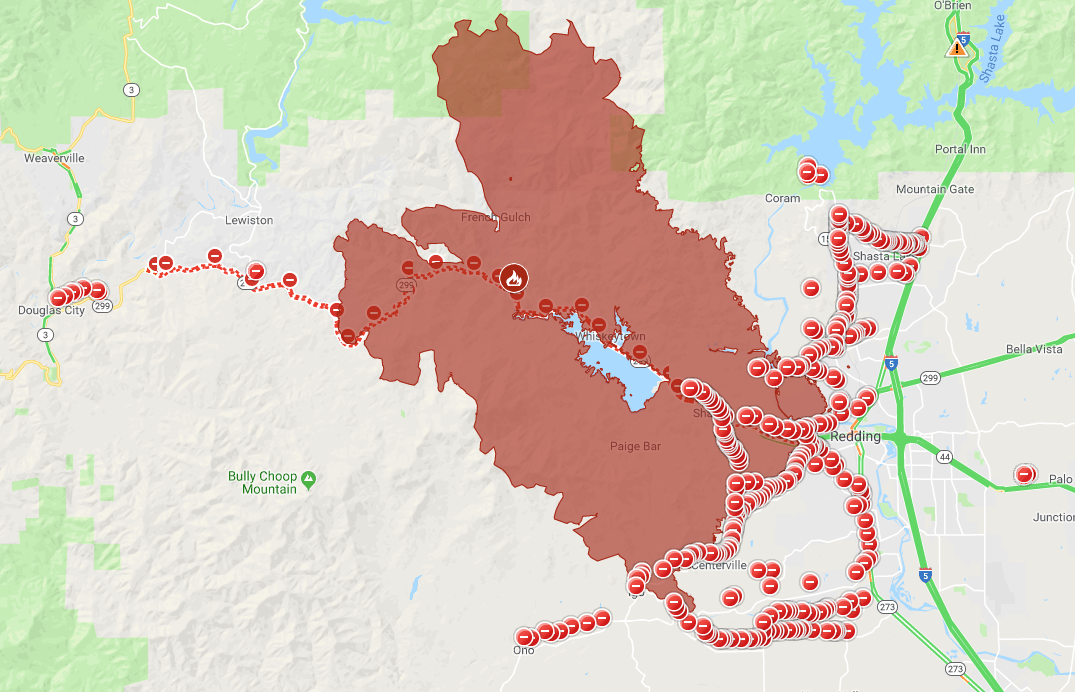 Over the last few years, California has logged some of the largest and most destructive fires in state history. Record heat and a changing climate may lead to more of the same in the years to come.