Overnight Hailstorm in Dallas Causes Damage to Homes and Businesses

Many in the Dallas area were awakened in the middle of the night by hail up to the size of baseballs. Severe storms moved through the area after midnight. Damage to roofs and vehicles is being reported across the metro, and roofing companies and windshield repair shops will soon be bustling.

RadarScope, with hail contours plotted, shows a storm splitting near McKinney, Texas at around 1 am CDT. Both storms produced large hail, but while the right split quickly dies, the left split traveled over 40 miles dropping hail over a larger area. In the Frisco to Arlington area, where some of the largest hail fell, there are over a quarter of a million households with a population of approximately 656,000. It is a safe bet that this will end up a multi-million dollar disaster. 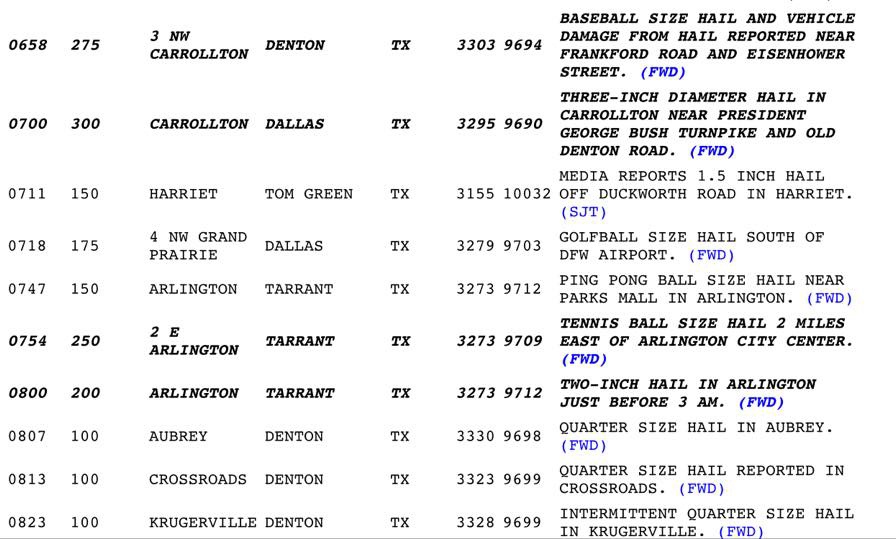 Reports to the National Weather Service mention several instances of tennis ball to baseball sized hail. Had this storm moved further west, the amount of damage in dollars would have substantially increased as golfball hail fell very close to the DFW airport. It would also have caused significant delays as planes would have had to be inspected for damage. A hailstorm at DFW in 2012 led to 108 aircraft being out of service. 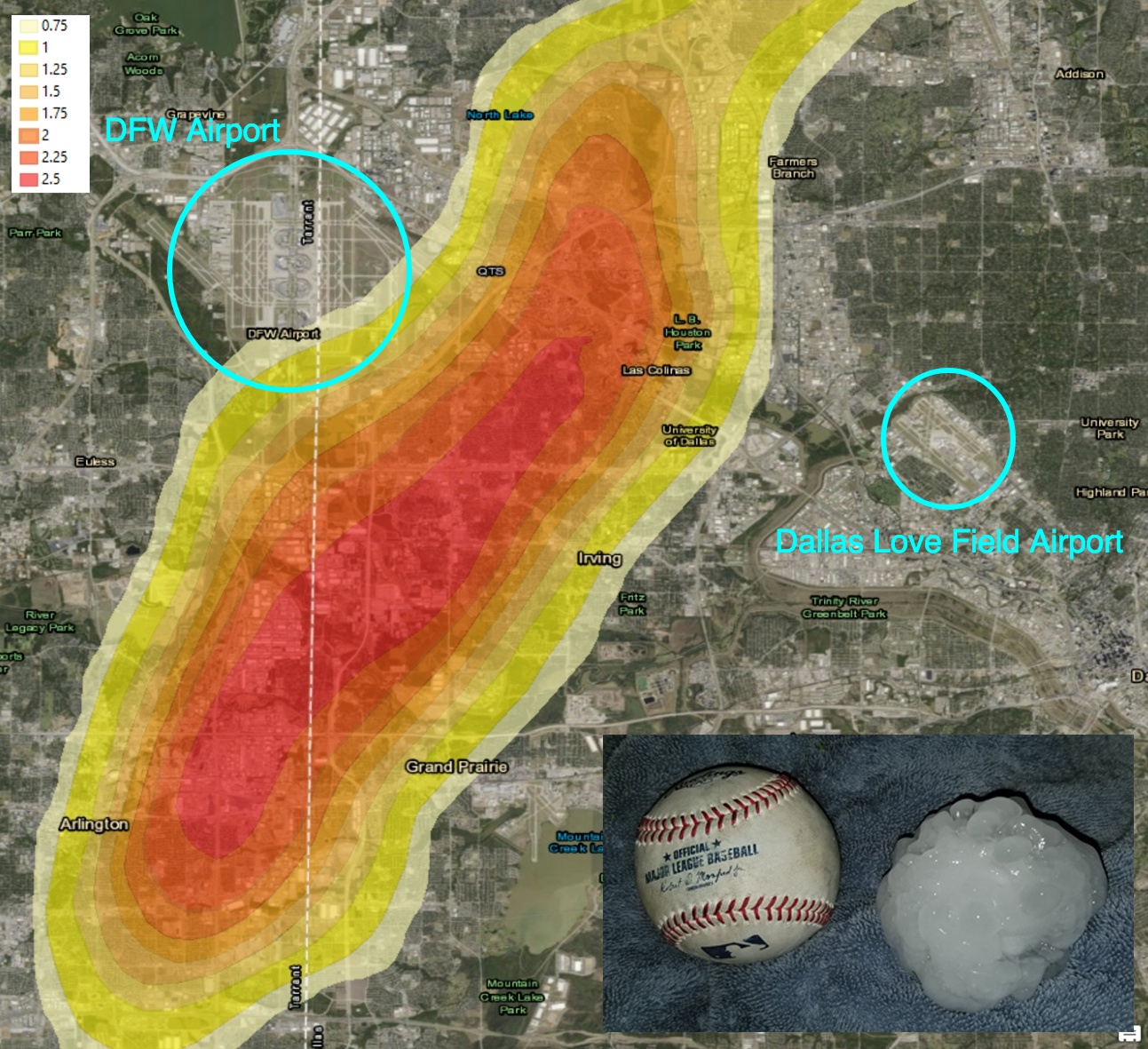 Unfortunately for those in North Texas, hail storms are not uncommon. In 2017, nighttime storms dropped baseball hail near McKinney and Gainesville, Texas. Arlington and Fort Worth also experienced damaging hail in 2016. Insurance reports for Texas list Denton, Collin, Parker, Tarrant, Dallas, and Johnson counties in the top ten for the highest number of wind and hail claims from 2007-2017.