Have You Heard of the Pineapple Express?

The Pineapple Express may sound like a fast train in the tropics, but did you know it's an actual term to describe at atmospheric feature?

Another long-lasting, wet & snowy period for Northern California over the next 2-days. "Atmospheric river" or "Pineapple Express" terms for the continuous moisture stream arriving out of the subtropical Pacific.
ECMWF 1-hr animation through end of Tuesday of precipitation: pic.twitter.com/AfpvadJqWL

When you hear about the Pineapple Express, you may also hear the term "atmospheric river" in conjunction with it. An atmospheric river is a flow of moisture that can produce significant rain and snow events across California. These features can have widths up to 300 miles and be more than 1,000 miles long. The Pineapple Express originates near Hawaii and can extend to the West Coast of the United States, causing heavy rain across the lower elevations and snow in higher parts of the mountains. In some cases, it can produce as much as five inches of rain in one day. 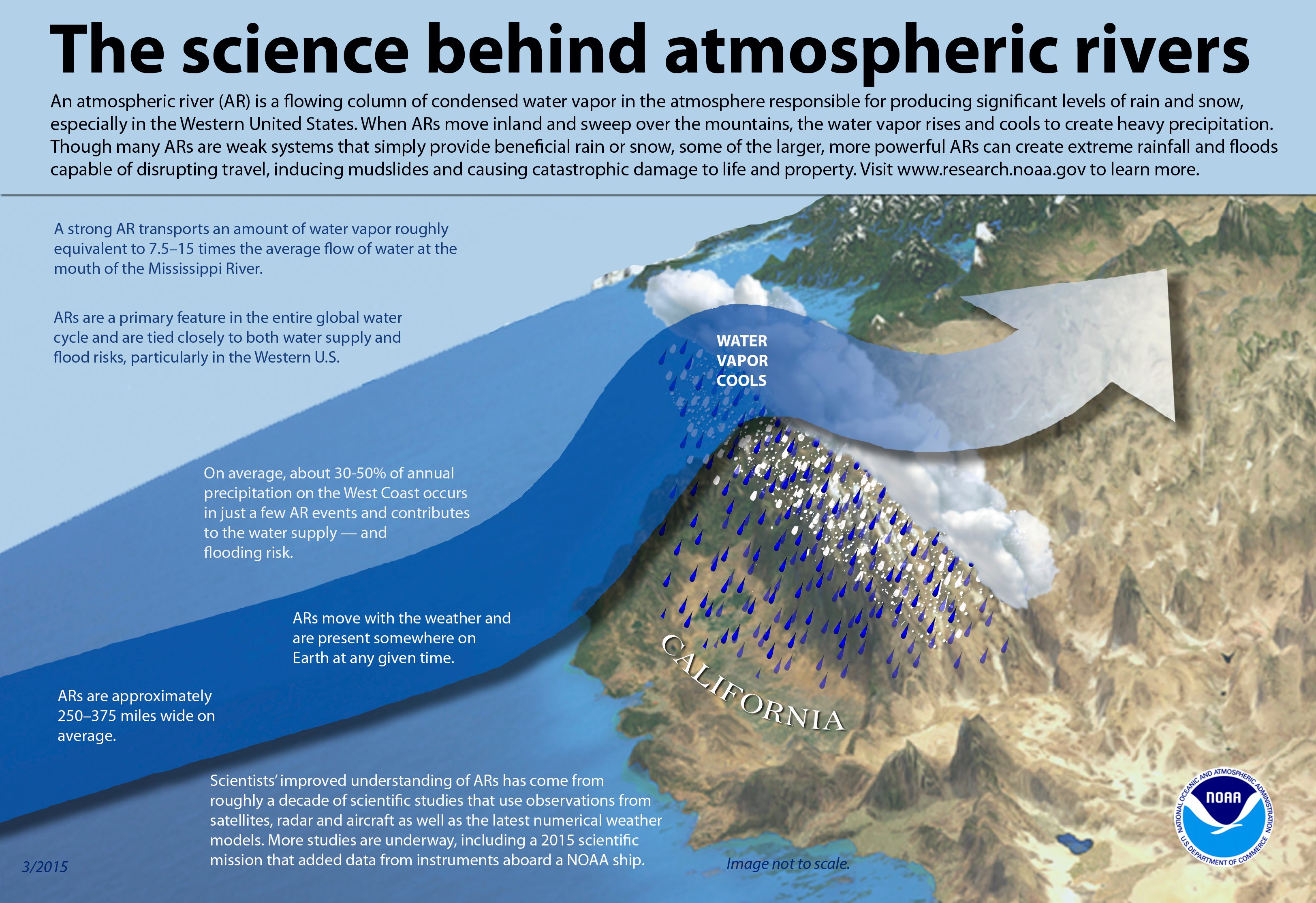 The Pineapple Express and other atmospheric rivers are estimated to be responsible for 65% of California's precipitation between October and April and 50% of the rainfall annually. While a heavy rain event associated with this event typically last on the order of a day, flooding begins to be a concern when one starts on the heels of another.

Atmospheric rivers have been responsible for some of California's worst flooding. It is believed to be the cause of the flooding that led to the collapse of the Oroville Dam spillway in February 2017.

Water flows through break in the wall of the Oroville Dam spillway, Thursday, Feb. 9, 2017, in Oroville, Calif. Photo by Rich Pedroncelli pic.twitter.com/ozAxJFZ9qn

Though you may not immediately associate Pineapple Express with anything associated with weather, it can wreak havoc on the West Coast, producing heavy rain and snow across California. Just how much moisture can an atmospheric river contain? It is thought that the volume of an atmospheric river can be 25 times that of water flowing through the mouth of the Mississippi River.
Topics:SnowRain