How Do Mountains Affect Precipitation?

In basic terms, the two things needed for precipitation are moisture and lift. Temperature profiles and landmasses can also affect how much rain a region gets. Mountains can have a significant effect on rainfall.

When air reaches the mountains, it is forced to rise over this barrier. As the air moves up the windward side of a mountain, it cools, and the volume decreases. As a result, humidity increases and orographic clouds and precipitation can develop. When the air descends the leeward side, it warms and is drier because the moisture in the air was wrung out during the ascent. This area with a lack of moisture is known as a rain shadow. 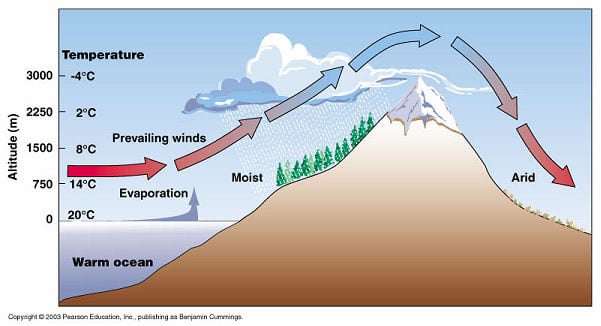 While this effect can occur near any mountain range, one of the more prominent areas where it can be observed is in the Sierra Nevadas. Many times, these mountains can be snowcapped while just to the east Death Valley can be hot and dry.  Below is a look at snow in the mountains from satellite. 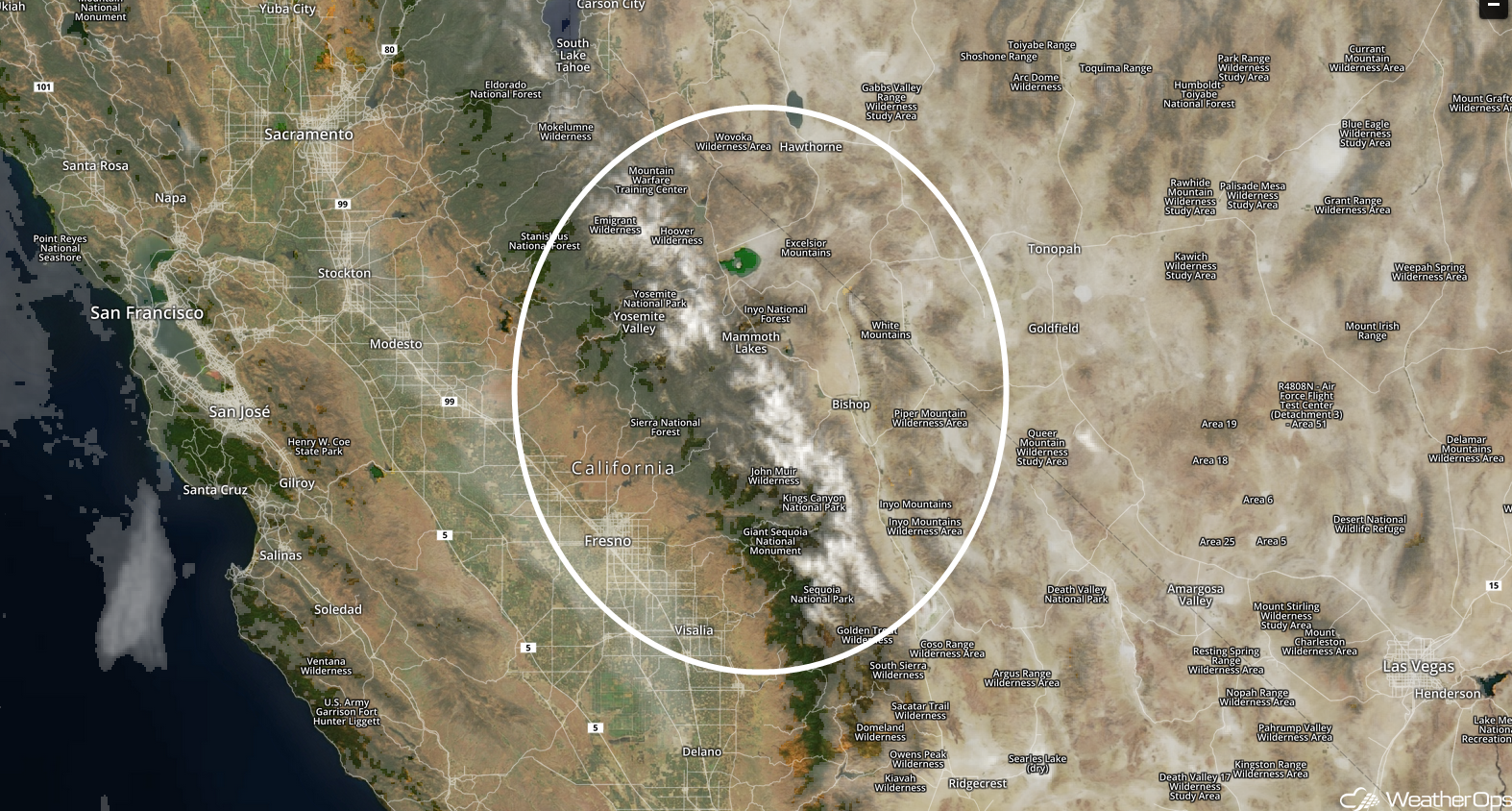 Snow Observed in Mountains from Satellite 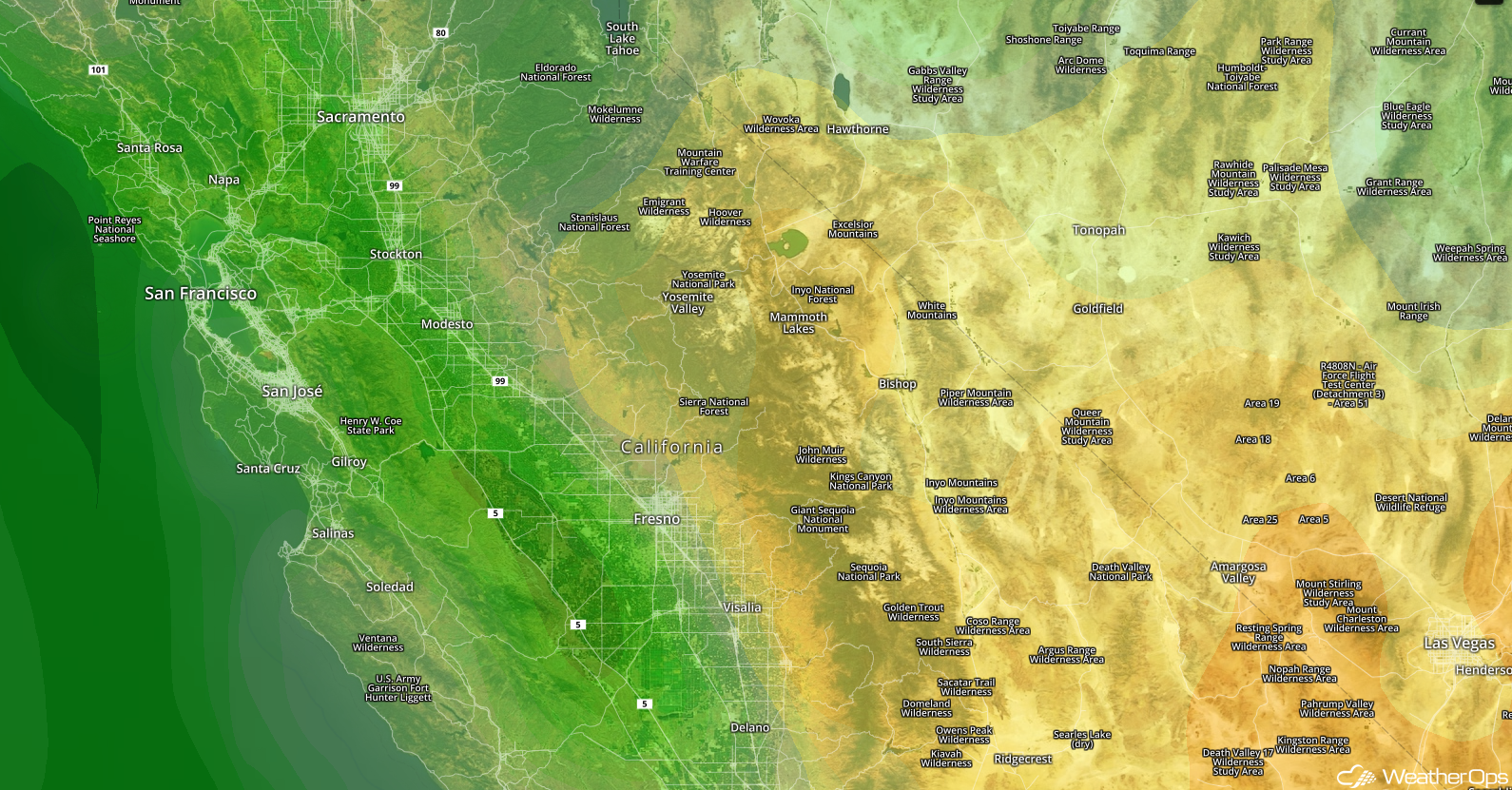 Differences in plant and animal life exist between the leeward and windward sides of the mountains as well. In the Sierra Nevada and Great Basin regions, for example, plant life varies significantly. On the windward side, the abundance of precipitation allows for tall coniferous trees and giant sequoias. Further east on the leeward side, plant life consists of bristlecone pines and sagebrush. Plant life is less dense here as a result of lower precipitation. Animal life also varies between the Sierra Nevada and Great Basin. Across the Sierra Nevada, animal life such as mountain beavers, black bears, wolverines, and mountain lions are common. Further to the east across the Great Basin, some of the animal species characteristic to the region include the king rattlesnake, northern goshawk, and the chuckwalla lizard.

Whether you're hiking, skiing, or doing any other outdoor activity near mountains, knowing about the rain shadow effect can help you predict what type of weather you may expect.