Will the Unseasonably Cool Spring Linger Into Summer?

Spring, especially the month of April, has been unseasonably cold for the Central to Eastern US. Aside from the relentless snowstorms across the Northern Tier, many locations have seen anomalies of 5 degrees or more below normal for the entire month! These temperatures have caused many to experience their coldest April ever, while the continental US encountered one of the top-5 coldest Aprils on record.

April had the second highest gas weighted Heating Degree Day (HDD) totals since 1981, so there was an unusually strong heating demand, and a marked difference from last year. The cold spring caused natural gas demand to remain very high with gas still being withdrawn as of the latest EIA Report, well into injection season. 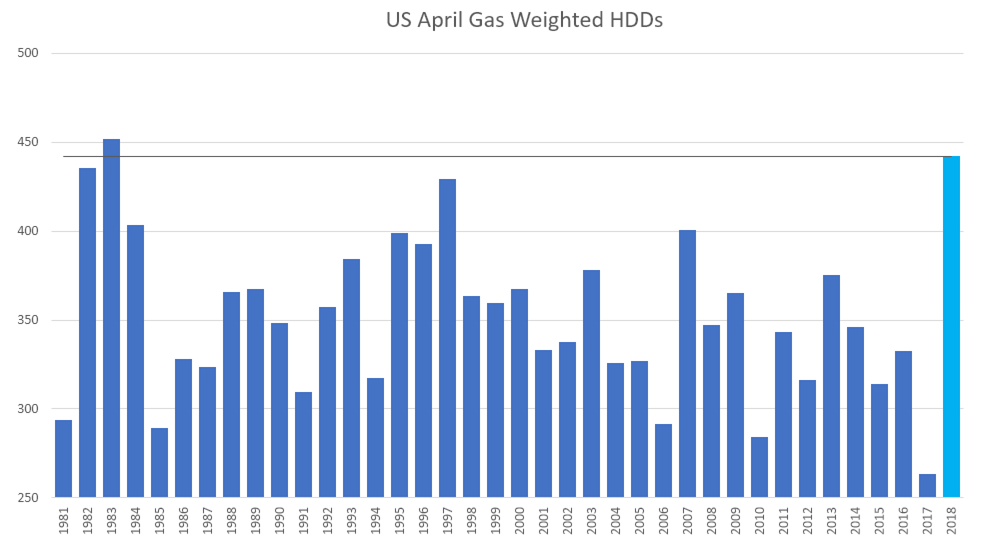 With warmer temperatures now arriving, it may be safe to say winter has FINALLY ended…but what will that mean for summer? Will cooler than normal temperatures linger or will the heat be on? With our most recent monthly outlooks, we are forecasting the latter as early as this month. The heat is on this week, especially in the Eastern US and we expect consistently warmer conditions to continue through the rest of the month and the rest of summer for most of the US. 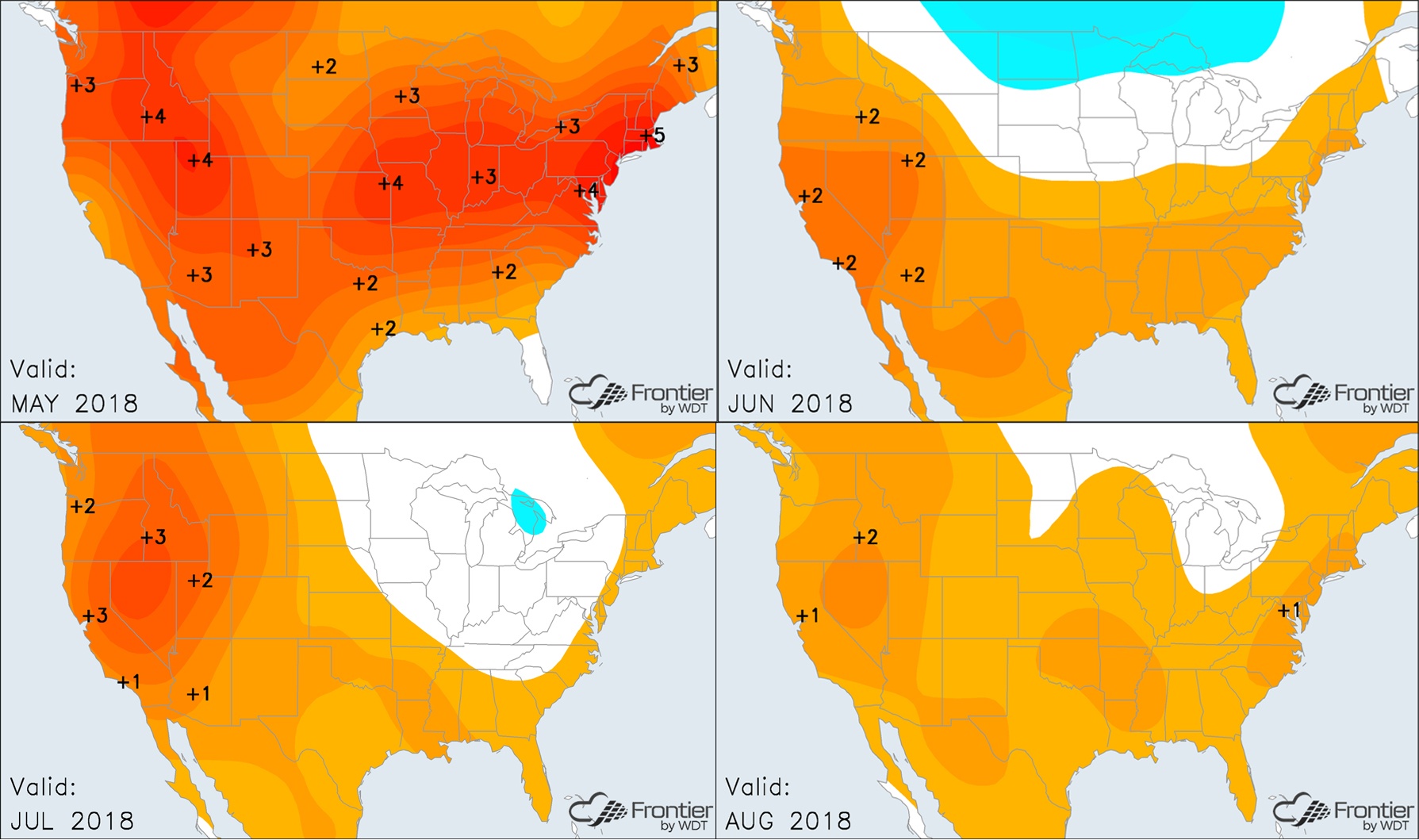 The heat will be particularly intense out West, but the East will get involved as well. With the potential for an above-normal summer once again, electricity and gas demand is expected to be on the rise.

Keep up to date with latest changes in the forecast with a free 7-day trial of Frontier Weather.