What Factors Decide the Winners and Losers in Banded Snow Events?

Snow forecasts are a challenge for meteorologists, mainly since heavy snowfall often occurs in narrow bands. The three critical ingredients for heavy snow are moisture, lift, and instability.

Meteorologists conduct an assessment of available moisture, reviewing local and upstream soundings and relative humidity. Atmospheric sounding data is collected during a weather balloon launch and describes the temperature, wind, and moisture profiles throughout the lower atmosphere. An example of a moist atmospheric profile for Davenport, Iowa is pictured below. For the precipitation type to be snow, the temperature across the entire troposphere must be almost entirely below 0°C (32°F). There must also be a relatively deep layer of moisture for snow crystals to form. If the moisture is too shallow, crystals won’t develop and the precipitation may fall in the form of freezing drizzle instead of snow. 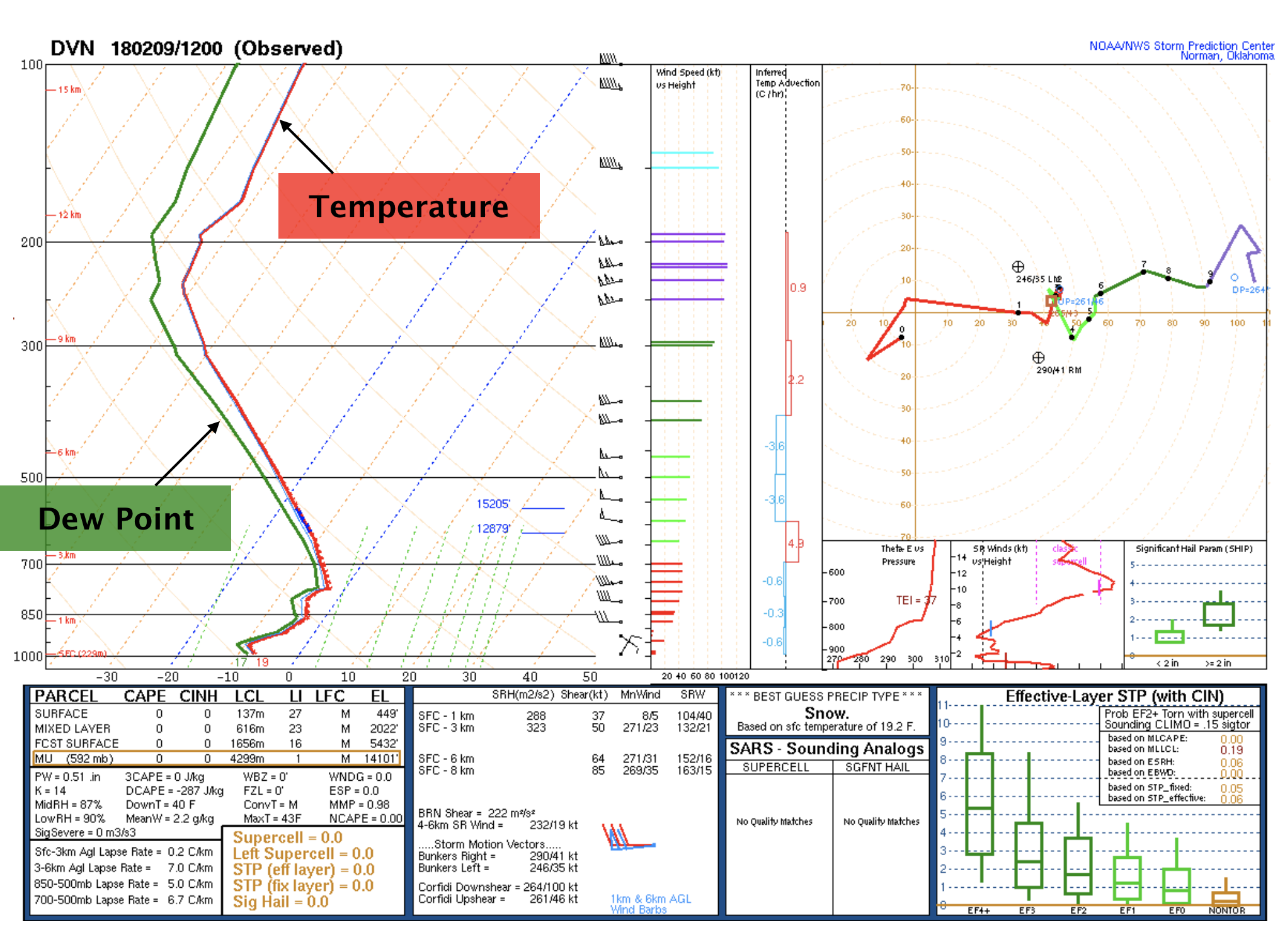 Lift, or rising motion in the atmosphere is typically maximized ahead of low-pressure systems and cold fronts. This is because, at the intersection of two air masses, the warmer air mass rises above the denser, colder air mass. This process regularly leads to clouds and precipitation. For snowfall, lift is particularly essential higher in the atmosphere where freezing temperatures are present and support the growth of ice crystals. The traditional “pretty” snowflakes are called dendrites. Dendrites are snow crystals that form between -10 to -15°C (14 to 5°F) and are usually associated with moderate to heavy snow.

In winter, air masses tend to be more stable. However, strong low-pressure systems can still result in increased atmospheric instability. Greater instability causes air to rise more quickly, bringing the potential for higher snowfall rates. This effect can often be maximized to the north and west of rapidly intensifying low-pressure systems. Nor’easters are an excellent example of how wintertime storm systems can take advantage of instability as they often produce very heavy banded snow and thundersnow as they move up the east coast. 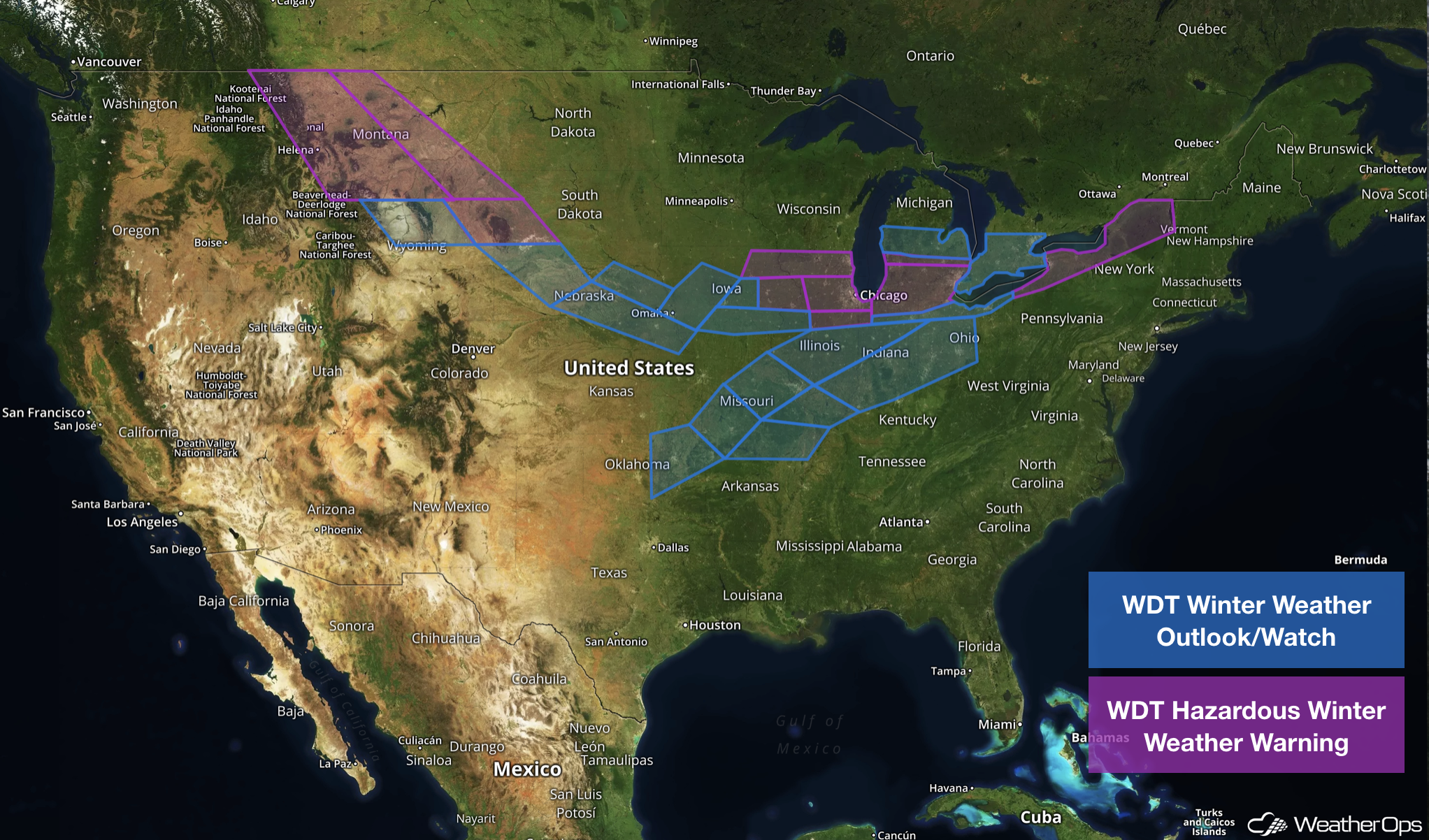 These alerts are based on regional criteria to maximize their relevance to our customers. A few new products are also on the horizon in the coming months to better help users visualize potential winter weather threats.