While Tropical Storm Earl was officially designated late this morning by the National Hurricane Center, WeatherOps forecasters have been relaying important information to our clients over the past six days. 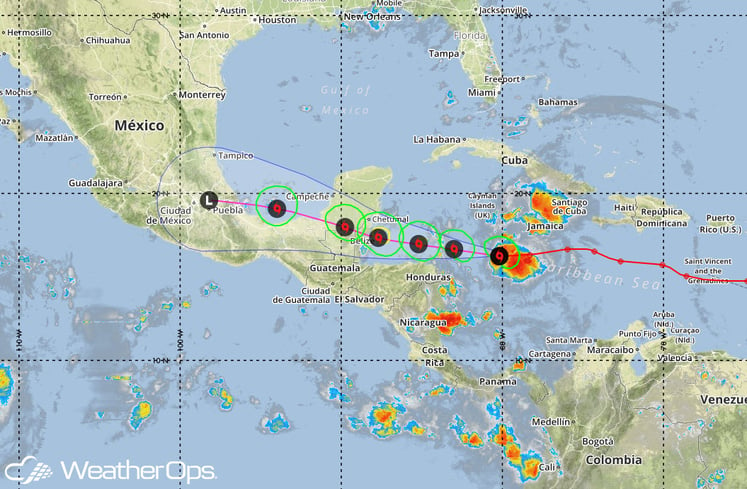 For many of our customers, waiting for the NHC to begin “official” track forecasts can be far too late to take critical preparedness actions.  Since Saturday morning and up until the first official advisory was issued by the NHC, we have issued 12 Significant Tropical Disturbance Advisories in addition to supplementary tropical products such as T-time Reports and inland Threat Reports. 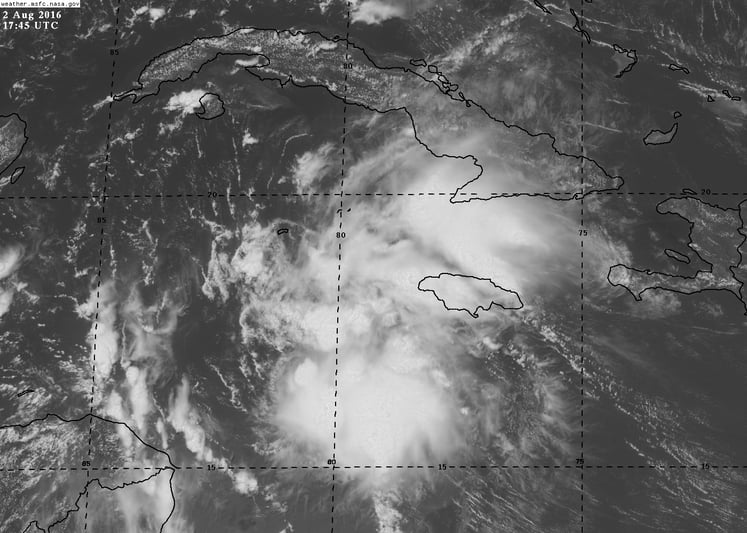 Earl will continue to steadily strengthen before landfall occurs across the central coast of Belize Wednesday evening.  Land interaction on Thursday will likely weaken Earl significantly, but re-emergence over the far southern Bay Of Campeche is possible by Friday, which would likely allow for the storm to strengthen again as environmental conditions are expected to be favorable (low wind shear and high oceanic heat content).

As is often the case with land falling tropical cyclones over the Yucatan, very heavy rainfall will occur which will likely lead to flash flooding along with mudslides.  Unfortunately there have already been six deaths and 12 injuries reported in the Dominican Republic due to intense outer rain bands from Earl that brought down powerlines onto a bus.

WeatherOps can help you and your company stay safe from tropical storms by providing accurate weather data. Try a 7-day demo today.