Waves in the Sky

It's summertime and many have been or will be going to the beach. How many of you enjoy staring at the waves in the ocean? Surfers enjoy them and others like watching them, photographing them, or just standing on the shore and letting them wash over their feet. Did you know they sky has waves too?

Have you ever heard of Lord Kelvin or Hermann von Helmholtz? If you said no, you're in the majority. These two men are well know physicists. Lord Kelvin developed the Kelvin temperature scale, while Helmholtz is known for his treatise on the “Conservation of Energy". Why are they important to this topic? It's because a type of cloud is named after them called Kelvin Helmholtz Waves.

Kelvin Helmholtz clouds resemble breaking ocean waves. They usually form when there is instability on windy days. Created between two layers of the atmosphere where the top layer is moving faster than the bottom one, they are similar to how ocean waves form. The tops of the clouds are pushed over as the bottom moves slower. This causes a roll to develop leading to a wave formation.

If you've seen Kelvin Helmholtz clouds, then you are lucky! They are quite rare to see. Let's take a look at some images of them. The first image was one I took outside of the WDT office and I have to admit it was really interesting to see!

A photo posted by Weather Decision Technologies (@weatherdectech) on Aug 2, 2016 at 1:14pm PDT 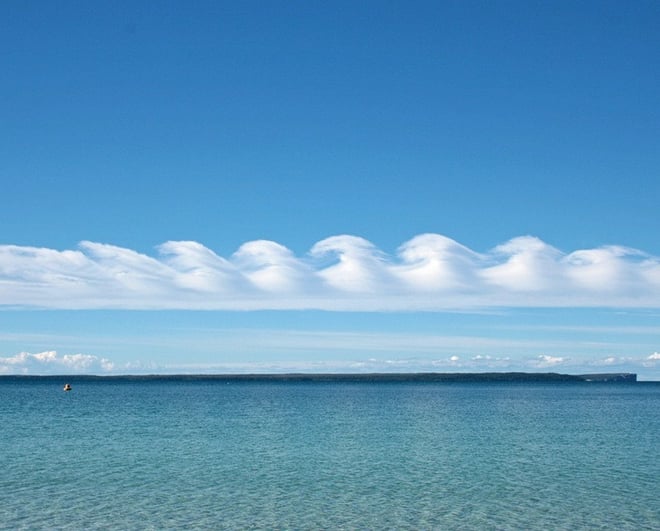 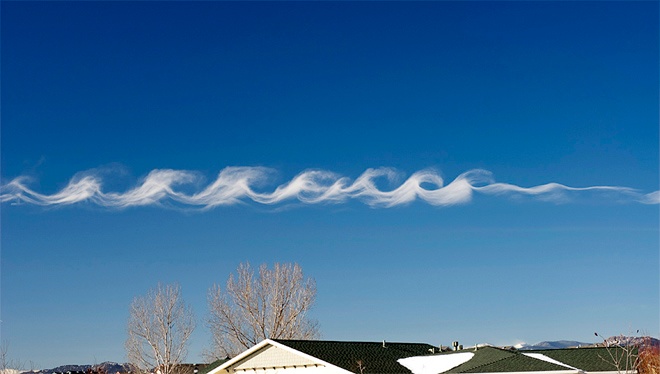