View of an Ice Storm from RadarScope, Weather Radio, and WeatherOps Apps

Freezing rain impacted much of the Central and Southern Plains beginning Tuesday and continuing into Thursday of last week. Aspects of this storm ranging from warnings to various radar perspectives could be seen in the RadarScope, Weather Radio, and WeatherOps apps.

Let's begin by looking at a radar image across Oklahoma and Texas from Wednesday, February 21, in WDT's Weather Radio app. Green and yellows represent rain, red shades freezing rain, and blue is snow. 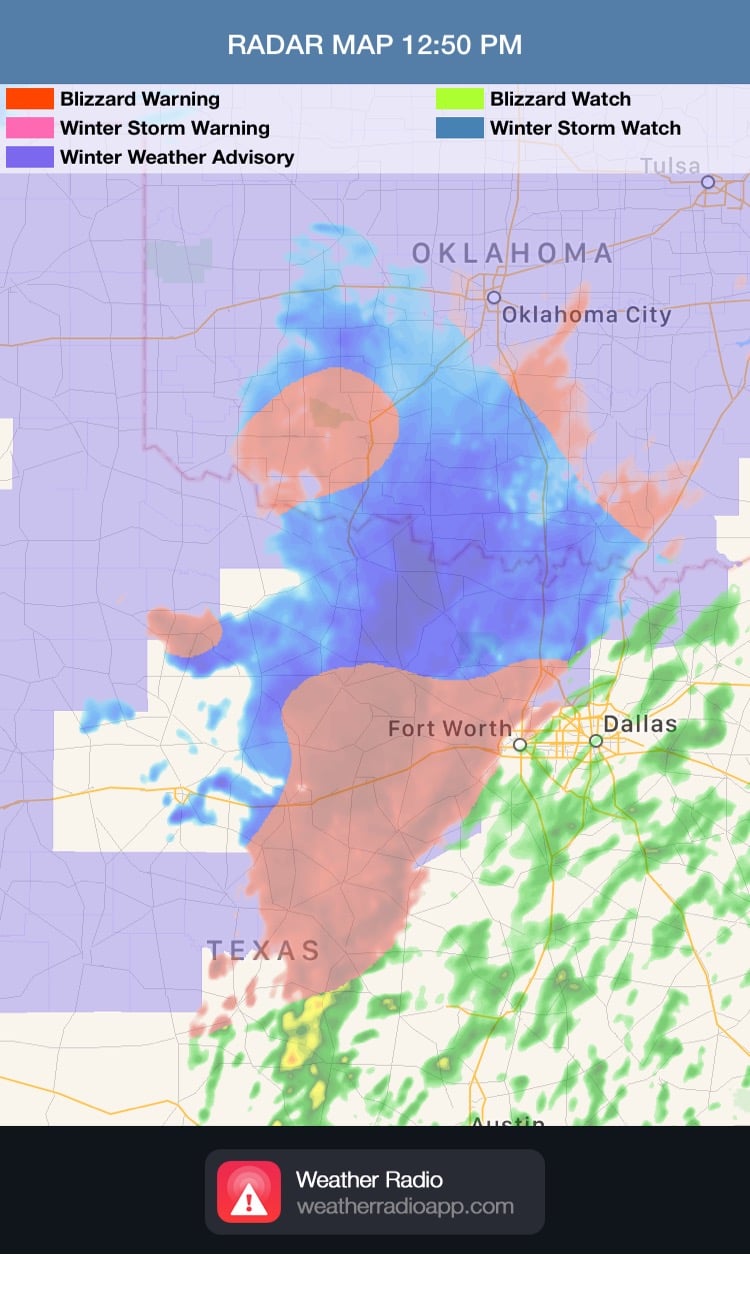 Winter Weather Advisories, shown in purple in the above image, were in effect for a significant portion of Oklahoma and Texas. Here is part of an advisory text from WeatherOps app for the Oklahoma City metro area. 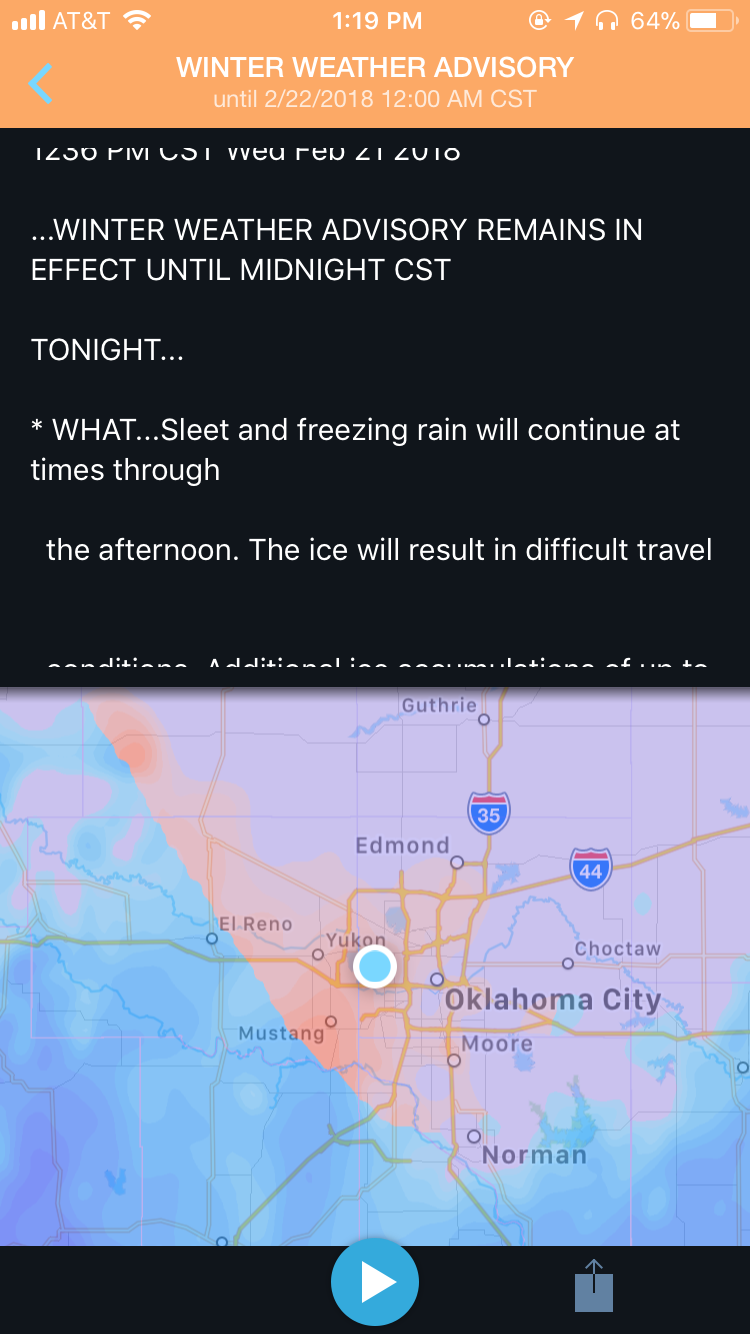 Perhaps the most interesting images from the event come from RadarScope. Precipitation in southwestern Oklahoma began during the late morning. The image below shows Precipitation Depiction and Correlation Coefficient from the Frederick, Oklahoma radar. 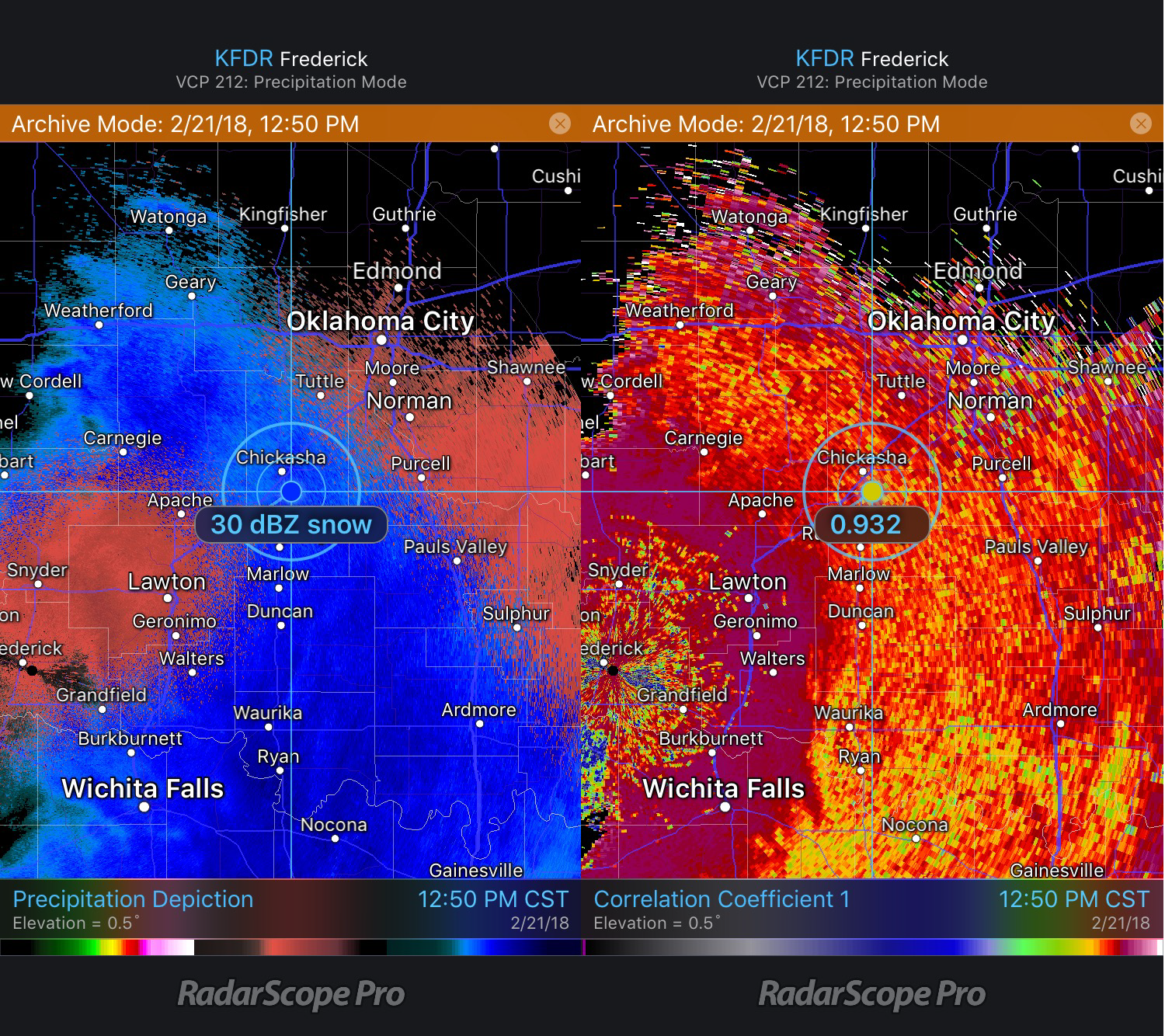 On Thursday, February 22, thundersleet was reported across portions of western Oklahoma. Lightning was observed across much of central Oklahoma. In comparing the precipitation depiction to the Correlation Coefficient at 10:45 am, areas of high reflectivity are approximately collocated with slight depressions in Correlation Coefficient. These depressions likely indicate some areas of mixed precipitation (freezing rain, sleet, and/or snow). Lightning was also observed close to some of these depressions in correlation coefficient, likely indicating areas of thundersleet. 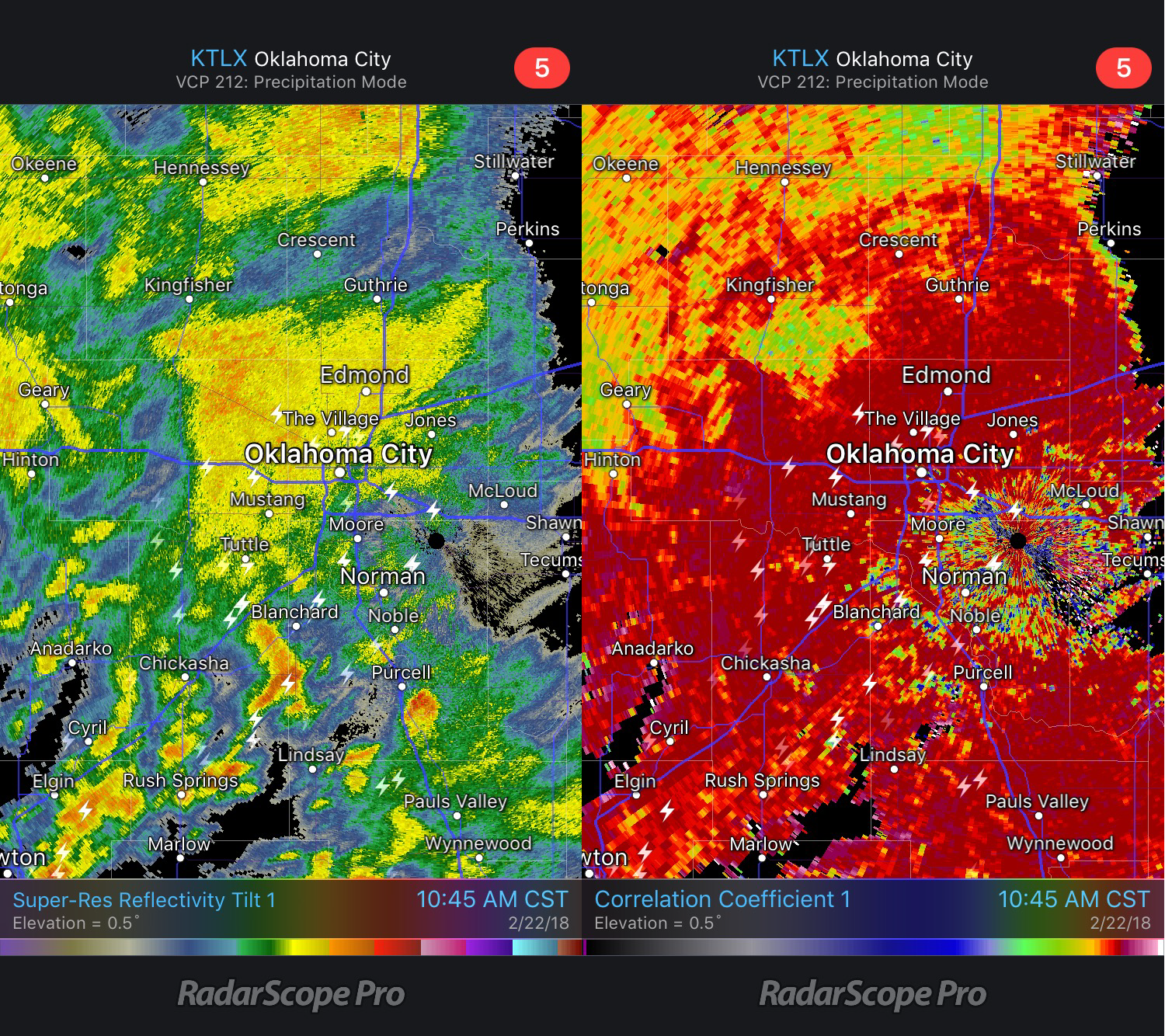 Base Reflectivity and Correlation Coefficient 10:45am CST February 22, 2018

Here is another view of the thundersleet event comparing Precipitation Depiction to reflectivity. What looks like regular thunderstorms on the right are seen to be mixed freezing precipitation by viewing the image on the left. You can also see mPING reports overlaid on the radar data which were helpful in determining whether sleet or freezing rain was falling.