The Weather of Star Wars

Alderaan, Tatooine, Naboo, and Hoth. These are all well-known planets, that is if you are a Star Wars fan. Do you remember the fog on Dagobah where Yoda lived? How about the blizzards on Hoth? Forests, deserts and tundra: all of these biomes experience different types of weather.

Although computer animation now plays a big part in movies, many of these planets were filmed in real-world locations.

Before the Death Star destroyed it, Alderaan was a terrestrial planet closely resembling Earth. It had grasslands, mountains and large oceans. The village where Princess Leia’s adoptive parents live is actually a location in Switzerland that, on average, experiences either rain or snow for nearly half the year. 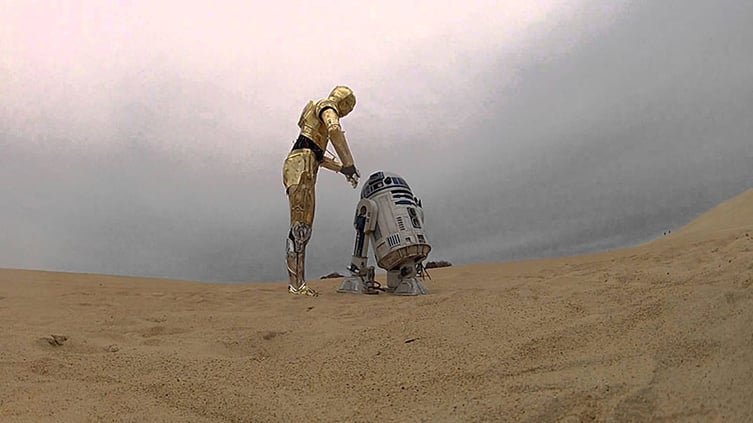 The shot where R2D2 and C3PO go their separate ways, after crash landing on Tatooine, was filmed in Death Valley National Park. The majority of other scenes for the desert planet Tatooine were filmed in Tunisia, a country in Northern Africa. While we may not have two suns baking our planet, we still have multiple locations on Earth that get just as hot.

Jar Jar Binks and Padmé Amidala hailed from the Naboo. A green, lush planet with swamps and mountains, they probably experienced flash floods on occasion. Scenes here were captured in Italy and Spain, European countries well known for damaging floods.

And who can forget Hoth? This ice planet has subzero temperatures and is home to tauntauns and wampas. Filmed at Norway’s Hardangerjøkulen glacier, blizzards are just part of life.

So, if you want to pretend to be Luke Skywalker, Princess Leia or Emperor Palpatine, you can do it right here on Planet Earth! While no meteorologists show up in Star Wars, you can bet some were needed. And if you want an accurate forecast for any of these locations, feel free to contact us.