The First Major Hurricane of the Season Has Formed

It's hurricane season, and that means people on the coast need to be on the look-out for storms developing over the ocean. However, not all hurricanes affect people. Take, for instance, Hurricane Aletta that is out in the Pacific Ocean.

The Pacific hurricane season begins on May 15 in the eastern Pacific and June 1 in the central Pacific. While some of these hurricanes develop near the west coast of Central America, the majority move off into the ocean and don't cause any dangers to those on land.

Granted there are some that maintain their strength and hit the Hawaiian Islands. The most powerful of these was Hurricane Iniki which struck Kauai on September 11, 1992. As a Category 4 with winds over 145 mph, it destroyed more than 1,400 homes. Here is an interesting tidbit, this storm delayed the final shooting of Jurassic Park when Steven Spielberg and the cast and crew had to take shelter.

Hurricane Aletta, on the other hand, is not near any islands. As of Friday morning, it was rated Category 4 with wind speeds of 140 mph. The intensification of this storm has been rapid. Only 24 hours ago, the max winds were 70 mph, and there was no defined eye as we currently see. 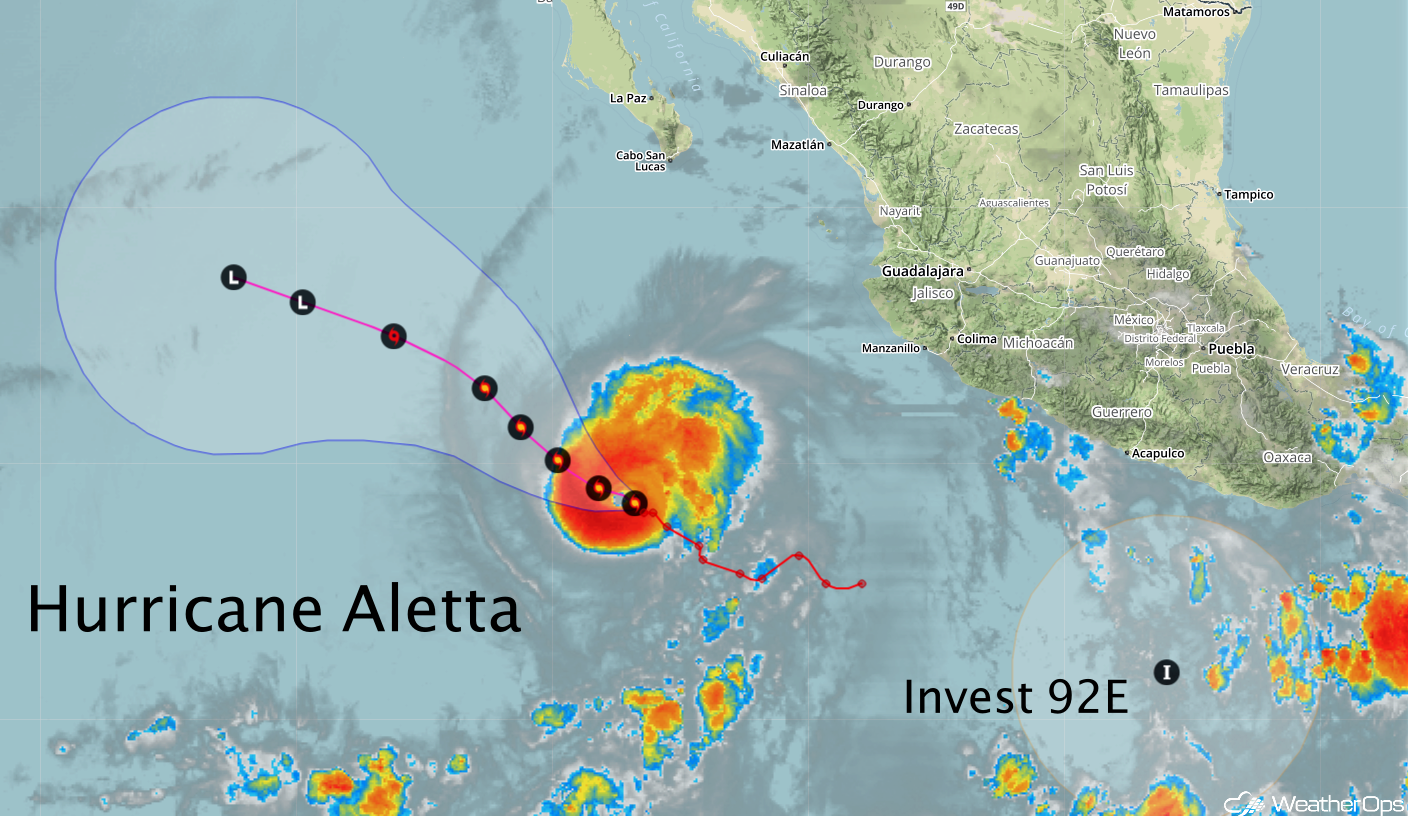 Aletta is over warm waters and not experiencing much shear at this time. Intensification is expected to continue today, although it should remain in Category 4 status. By tomorrow morning, this hurricane will look much different. 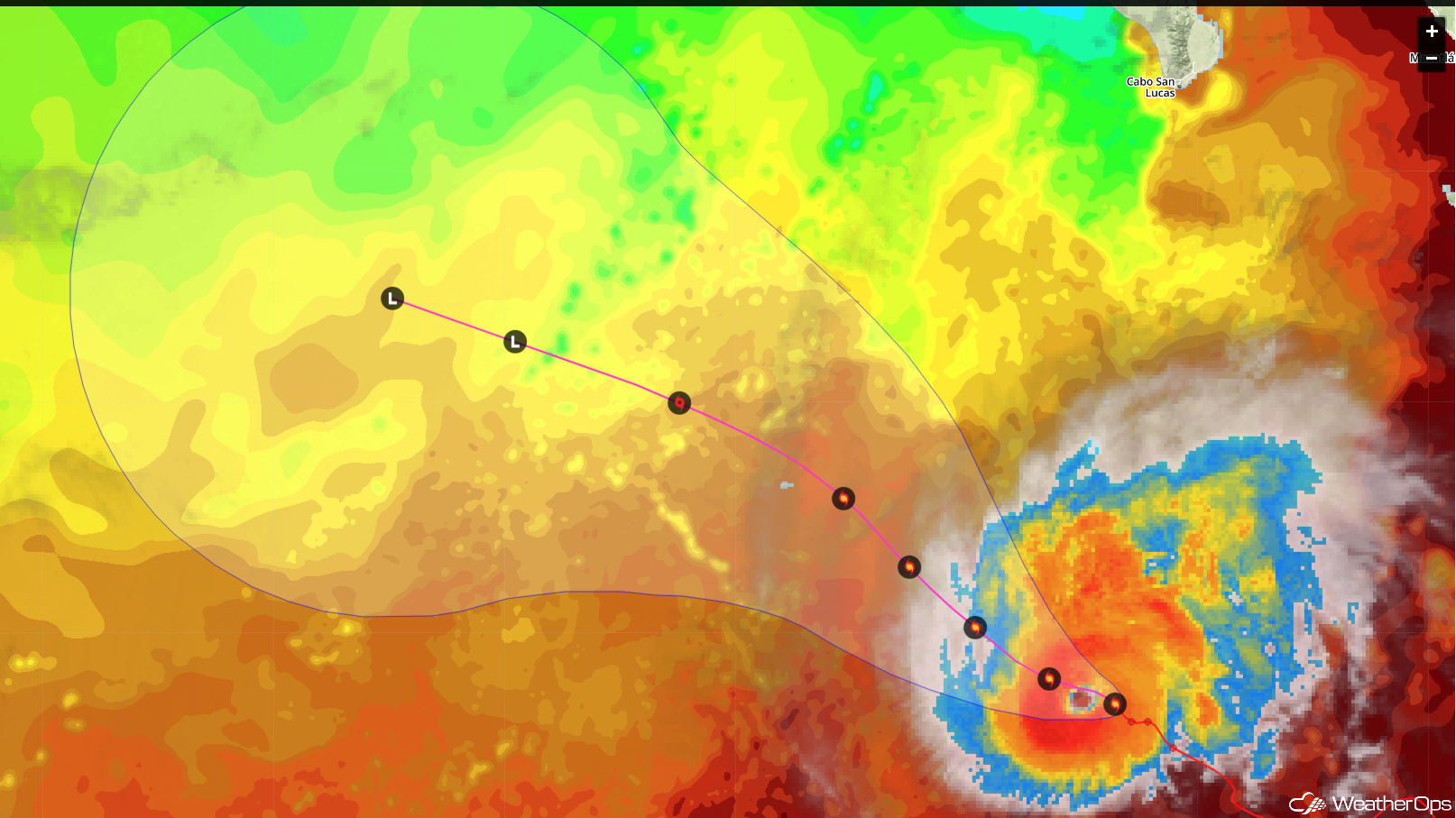 The above image shows Hurricane Aletta overlaid on sea surface temperatures (SST). Sitting over the dark red colors, and warm SSTs, strengthening is occurring. However, the forecast track takes the storm over much colder waters, shown in yellow. If there is one thing a hurricane needs, that is warm water, which acts as fuel for a tropical system. Over the next 24 hours, these cooler waters will begin to affect Aletta negatively, and by 48 hours out this storm may barely be a hurricane.

On World Ocean Day, June 8, it is important to remember that the ocean can also bring destructive storms. With the right weather information, you can be prepared for what's to come.