The First Day of Winter is Here

Today is officially the first day of winter. While many have already experienced snow and frigid temperatures, our cold season is just starting. Winter solstice is the shortest day and longest night of the year.

In Fairbanks, Alaska, the sun will rise at 10:50 am and set at 2:41 pm allowing for only 3 hours 42 minutes of sunlight. Days will start getting longer from now until the Summer solstice. 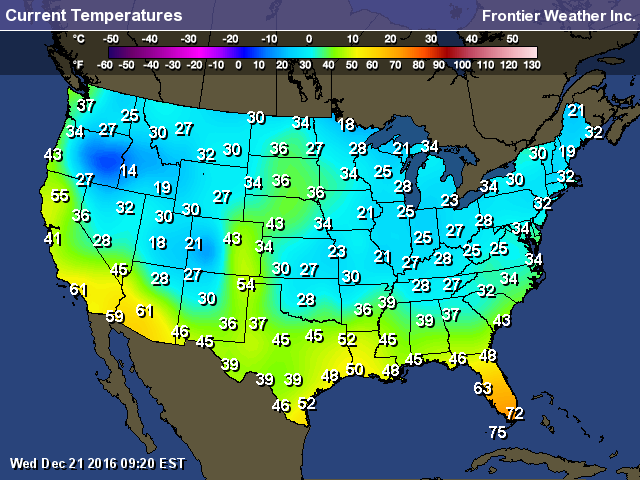 As you can see in the above map created by WDT's Frontier Weather product, a large portion of the country is still waking up to freezing temperatures. However, it won't be long before the sun is setting after you leave work for the day and that's a good thing!