The Diablo Winds of California

While most people have heard of the Santa Ana Winds, few people know of the Diablo Winds. The recent fires in Wine Country of California have spread to cover over 100,000 acres since Monday. For many, the inferno resembles something caused by the devil.

The Diablo Winds refer to the hot, dry winds that blow offshore in the Bay Area, while Santa Ana Winds usually are defined as those in southern California. Caused by a high-pressure area over land and low pressure over the Pacific, the wind circulation leads to air moving from high terrain to coastal regions. As the air sinks, it is compressed. This compression causes the temperature to rise and humidity to drop.

It was wildfires in the early 1990s when these winds were named to differentiate them from the Santa Ana Winds. While raging fires may cause people to think what they are seeing must be something like Hell, these seasonal winds are named after Mount Diablo and the associated Diablo Range. 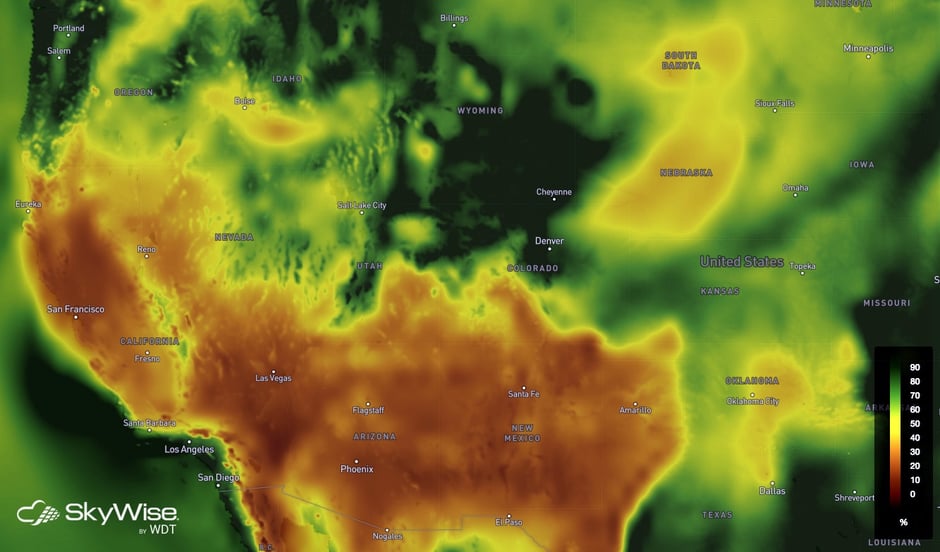 High winds are another reason the Wine Country fires have spread so rapidly. Taken at the same time as the map above, here you can see a hot spot where winds were ranging from 40-50 mph. Some areas recorded near hurricane speed gusts the night the fires began.

It is these strong offshore winds that caused the smoke of these fires to blow across the Pacific Ocean, as seen in this GOES-16 visible satellite image on Monday, October 9. The fires continue to spread as the area remains under a Red Flag Warning. 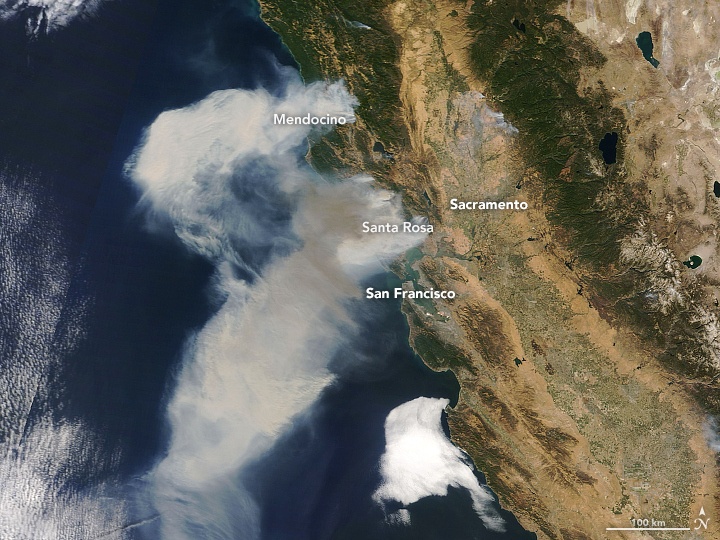 There is no doubt that this is California wildfire season. And while most of the state is not in official drought conditions, as they were last year, dry vegetation will always exist after the heat of summer has passed. After all, record heat occurred in this region on September 1 when San Francisco hit 106°F, and San Jose recorded a temperature of 108°F. As the new vegetation brought by rains earlier in the year begins to dry, they will provide plenty of fuel for future fires.