If you're like me, you look forward to seeing fresh snowfall on a Winter morning. But have you ever wondered what causes snow to appear white, or perhaps if it can be different colors?

The colors of the spectrum are red, orange, yellow, green, blue, indigo, and violet; you may have also heard the mnemonic ROY G BIV in science class to help remember them. An object appears a particular color because it reflects that color to your eye. For instance, as I write this, I'm wearing a red shirt; when I look at it, red is being reflected to my eye, and the rest of the colors of the spectrum are being absorbed. Snow, on the other hand, reflects all of the colors as light hits the crystals; as a result, it appears white.

Occasionally, snow will appear to be different colors. For instance, longer wavelengths (like red or orange) tend to be more readily absorbed, leaving the shorter wavelengths, like blue. As the snow becomes deeper, the red is absorbed, and the blue shades become darker leading to blue colored snow. This effect tends to be more pronounced in deeper (greater than three feet) and in wetter snowpacks. 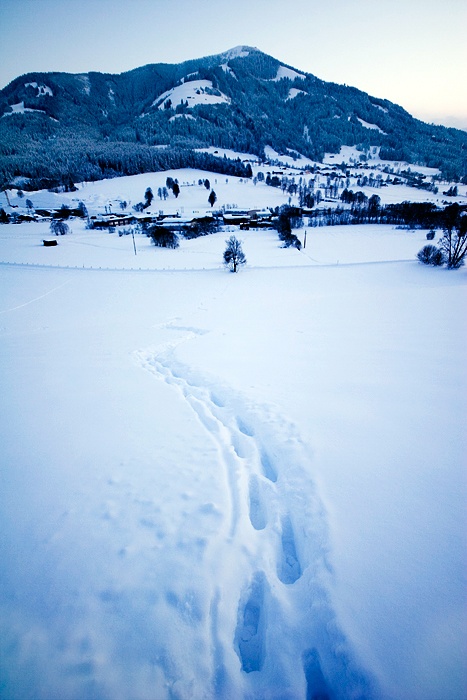 Sometimes, snow can appear red or pink. However, this is not due to optical effects. The reddish color is caused by a red pigment that is produced by freshwater algae. It's not usually seen in winter, but rather during the summer, in polar regions. In Antarctica, red snow has been observed due to saltwater from a reservoir under the glacier that contains a form of iron that turns red as it comes into contact with oxygen.

You probably won't find red snow unless you're in Antarctica. However, you might see blue snow if it is deep in your area. Hopefully, you won't encounter any yellow snow! Regardless of color, snow is either a welcome sight or a nuisance. Which is it for you?