Squalls from the remnants of Tropical Storm Gordon will continue to move across the Central Gulf Coast States on Wednesday. As Gordon's remnants move northwestward, excessive rainfall is likely across the Lower Mississippi Valley through Friday. A cold front will be the focus for the development of thunderstorms across the Lower Great Lakes. Thunderstorms from the Central Plains into the Great Lakes will pose a risk for excessive rainfall. Heavy rain may develop across portions of Oklahoma ahead of a slow moving cold front. There will be a potential for excessive rainfall across West Central Texas through Friday as an area of low pressure remains over the region.

Thunderstorms Wednesday for the Central Gulf Coast States
Squall bands located mainly near and east of the decaying center of Gordon will remain capable of producing damaging winds through early evening. While the tornado risk is decreasing, an isolated tornado or two cannot be ruled out. Any tornadoes that develop will likely be short lived. 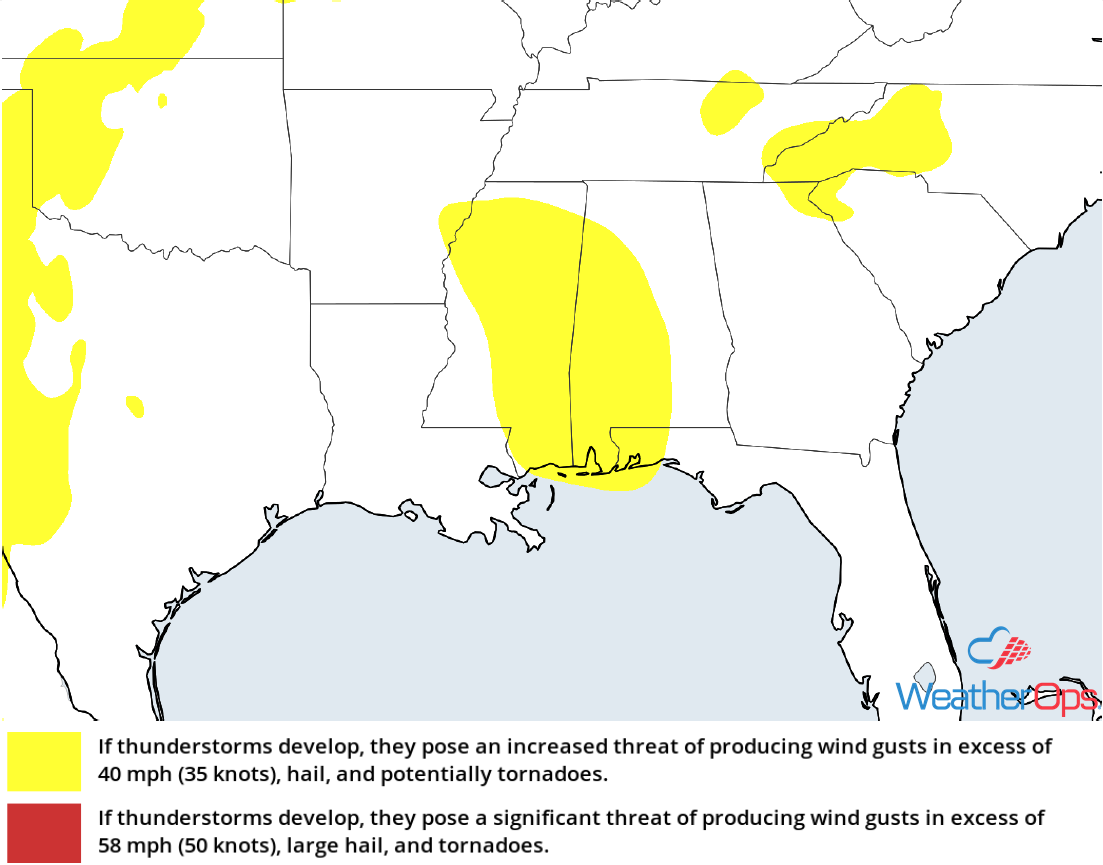 Excessive Rainfall for the Lower Mississippi Valley through Friday
Heavy rainfall is ongoing across southern Alabama and far western portions of the Florida Panhandle this morning. Over the next 48 hours, heavy feeder bands will gradually lift north and west across Mississippi, northern Louisiana, and much of Arkansas. Widespread rainfall totals of 4-7 inches with locally higher amounts in excess of 8 inches are likely, leading to a risk for flooding. 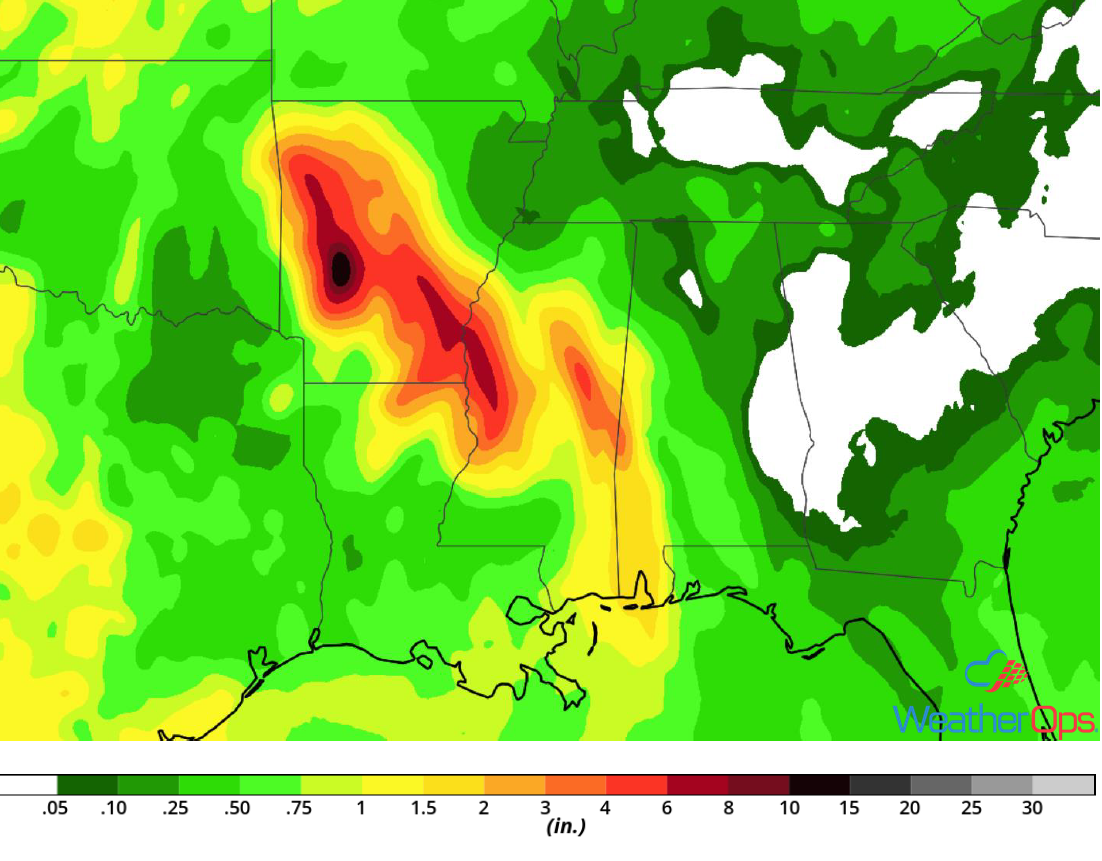 Risk for Thunderstorms Wednesday across the Lower Great Lakes
A warm, moist, and fairly unstable airmass will be present from the Ohio Valley northeastward into the Great Lakes and Northeast this afternoon. A few strong storms may develop ahead of a cold front this afternoon and evening. Damaging winds will be the primary hazards with these storms. 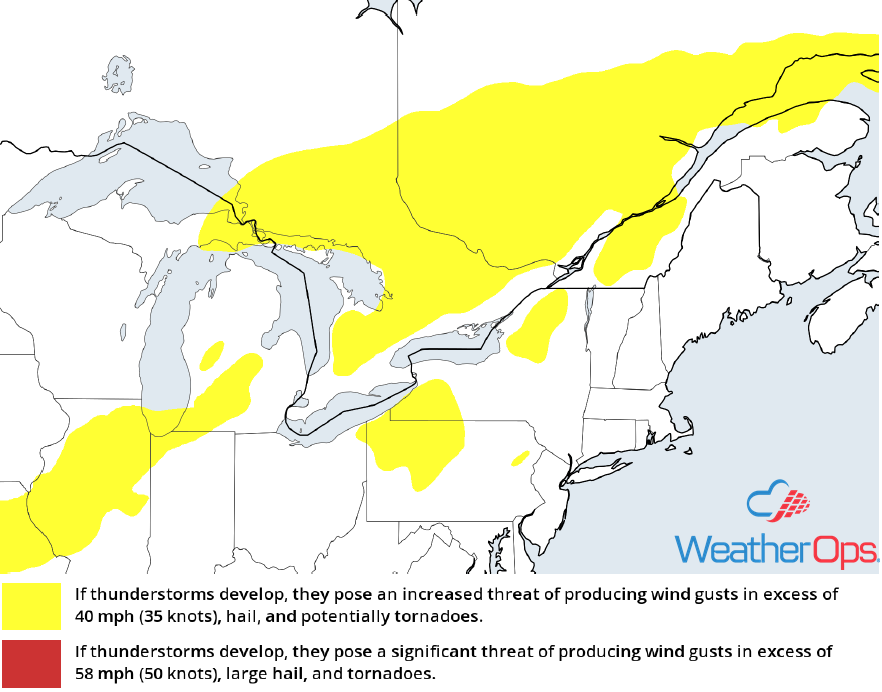 Excessive Rainfall from the Central Plains into the Great Lakes on Wednesday
Thunderstorms are ongoing from eastern Kansas northeastward through the Great Lakes region. Activity will likely increase in coverage and intensity through the afternoon. Rainfall totals will range 1-2 inches, leading to a low risk for flooding. 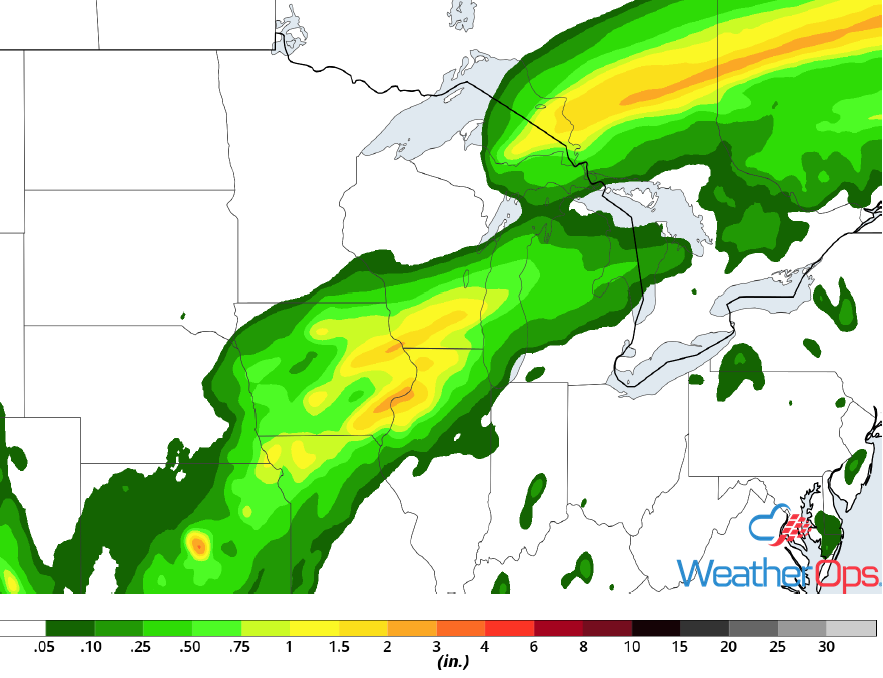 Potential for Excessive Rainfall Wednesday across Oklahoma
Scattered showers and thunderstorm activity is ongoing across Oklahoma. This activity will increase in coverage as daytime heating increases. A slow moving front will maintain shower activity into the overnight  hours. Given recent rainfall and an additional 1-2 inches of rainfall, there will be a risk for localized flash flooding. 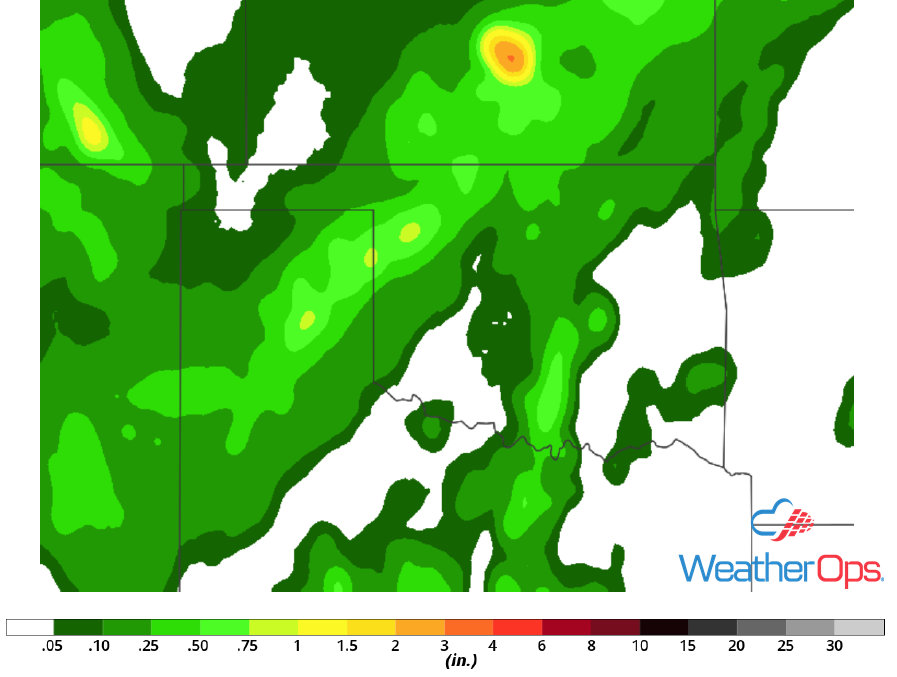 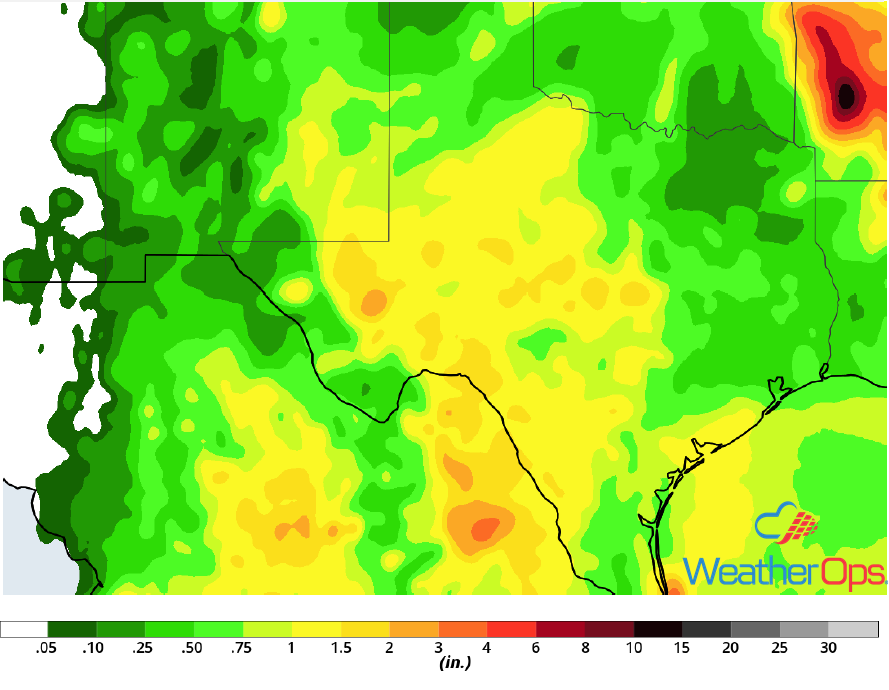 Thunderstorm Potential Thursday for the Northeast
Strong instability will be present along and south of a cold front forecast to move southeastward through the region tomorrow. A few thunderstorms may develop from southern Maine southwestward into central Pennsylvania. Storms will move southeastward toward Long Island and New Jersey through the late afternoon and early evening. Damaging winds will be the primary hazards with these storms.

Excessive Rainfall from the Mid Mississippi Valley into the Ohio Valley Thursday
Heavy rain and thunderstorms are expected to develop along and just north of a stalled frontal boundary. Rainfall amounts may exceed 3 inches in some areas. While the exact timing of the heaviest rainfall is uncertain, heavy rain may begin as early as Thursday morning. Additional activity may develop during the afternoon into the overnight hours. 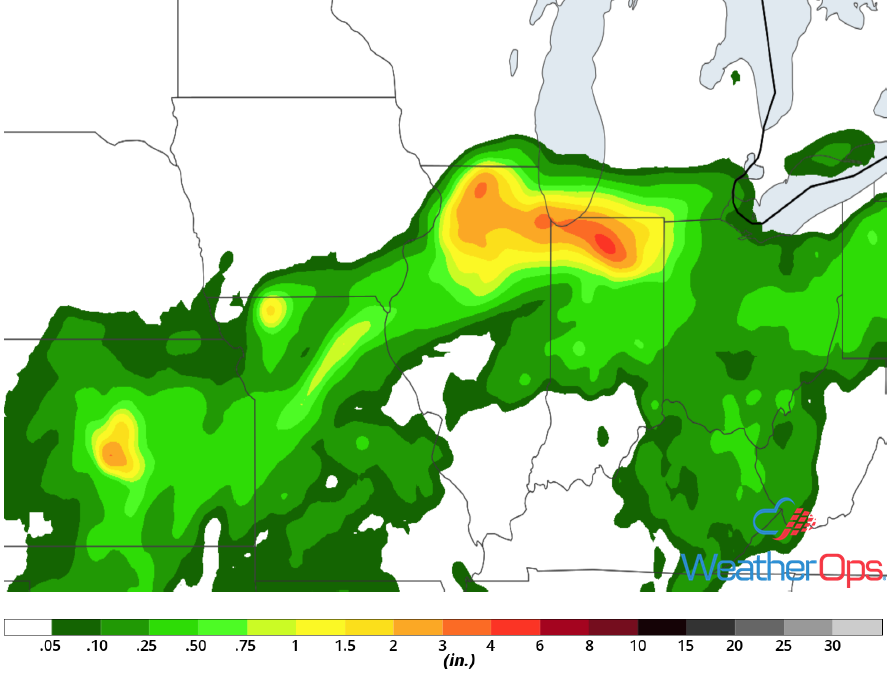 Tropical Update
Hurricane Florence (green oval) is currently 1370 miles east-southeast of Bermuda and is moving northwestward at 13 mph. This motion is expected to continue through tonight. A turn toward the west-northwest with a decrease in forward speed is expected on Thursday. Winds are at 125 mph with higher gusts. Some weakening is expected, but Florence is expected to remain a strong hurricane through early next week.

Shower activity associated with a broad area of low pressure (red oval) centered a couple hundred miles south-southwest of the Cabo Verde Islands has become better organized since yesterday. Conditions are expected to be conducive for additional development and a tropical depression is forecast to develop by the end of the week while the system moves west-northwestward.

A Look Ahead
Heavy rain, potentially leading to flooding, will continue on Saturday from Arkansas into the Mid Mississippi Valley as the remnants of Gordon continue to move northeastward. Rainfall amounts will range 4-6 inches with locally higher amounts in excess of 8 inches. The heaviest rain will extend from the Mississippi Valley into the Ohio Valley on Sunday. As the remnant low continues to move northeastward, heavy rain will extend from the Great Lakes into the Ohio Valley on Monday. Thunderstorms may develop Tuesday across portions of the Northeast.