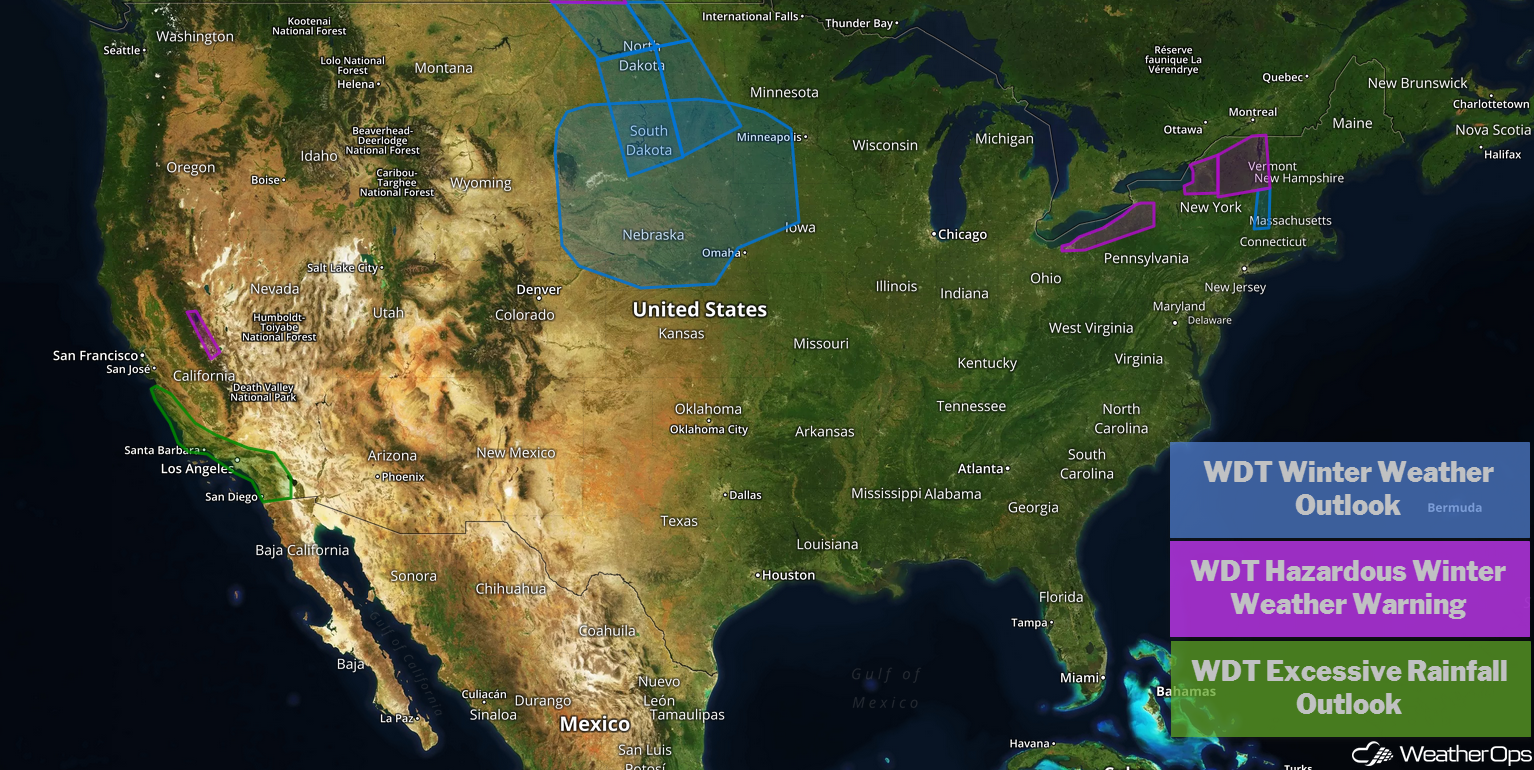 Continued Snow for the Northeast on Wednesday
Snow will continue across the region today before moving out early tomorrow morning. Accumulations of 3-6 inches with locally higher amounts in excess of 8 inches are expected, primarily along the eastern shores of the Great Lakes. Strong winds will create snow drifts and reduced visibilities. 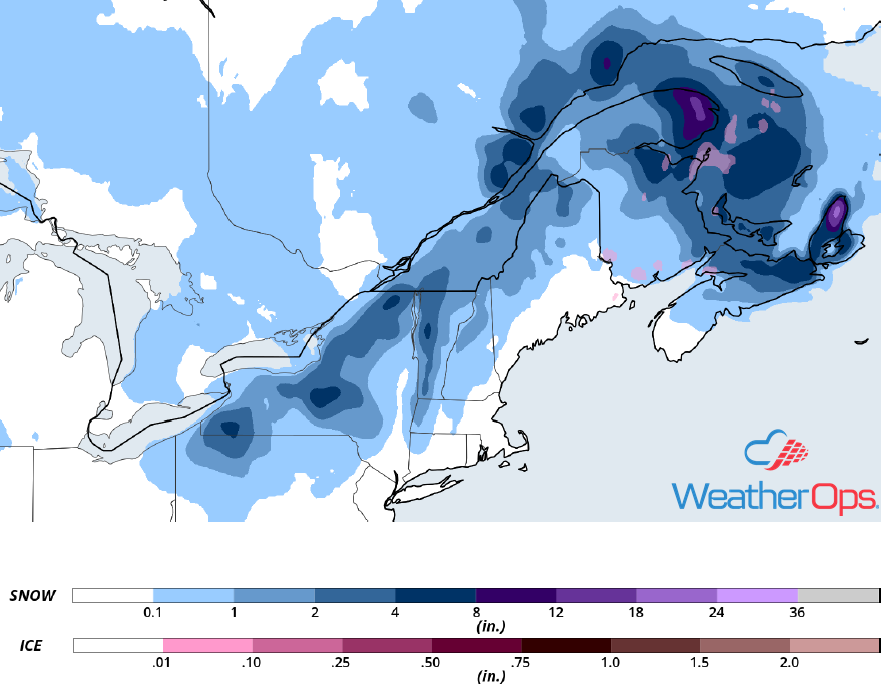 Wintry Mix Wednesday for the Northern Plains
A broad region of snowfall and some mixed wintry precipitation will persist across the Northern Plains today. Additional snowfall accumulations of 2-4 inches with locally heavier amounts in excess of 6 inches are expected. In addition, freezing rain may develop; accumulations up to 0.10 inch are forecast. 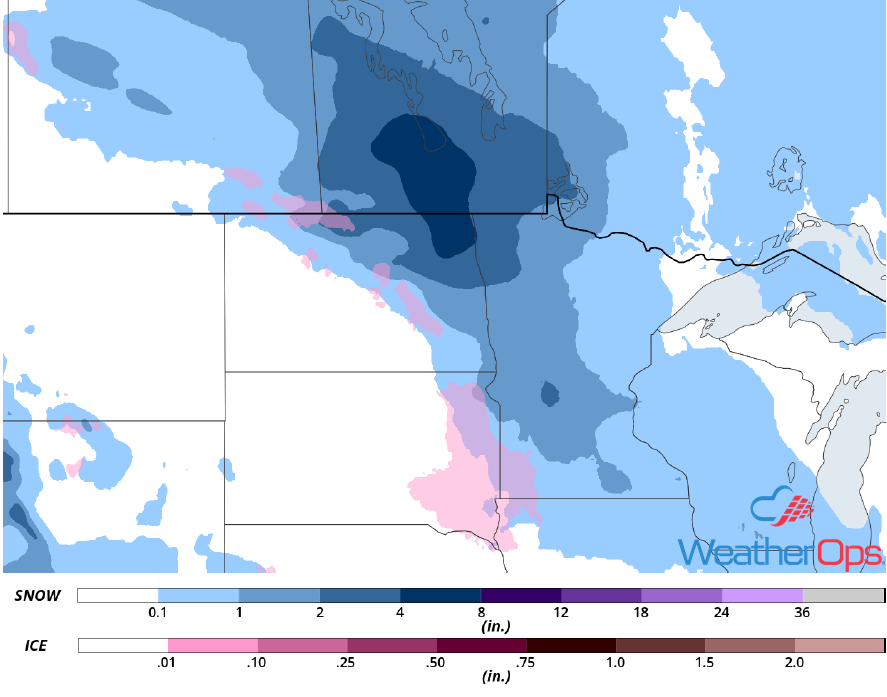 Excessive Rainfall Wednesday for Southern California
The area of low pressure described above will also produce widespread rainfall across southern California. Rainfall totals will range 1-2 inches with locally higher amounts in excess of 3 inches. In areas recently affected by fires, there will be the potential for mud flows. 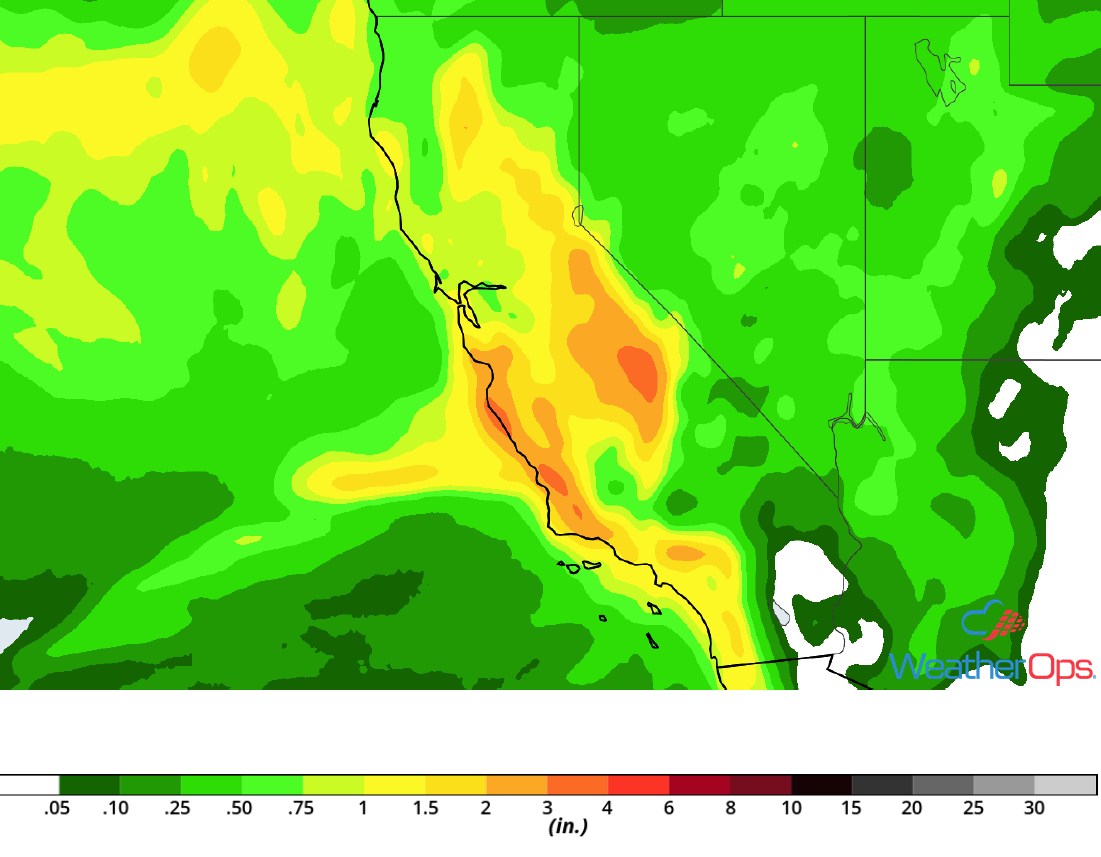 Snow from the Northern Plains through the Great Lakes Friday
Another round of snow is expected to begin on Friday and continue through the weekend as an area of low pressure moves eastward. Snowfall accumulations could exceed a foot in some areas. In addition, freezing rain accumulations up to 0.10 inch are forecast. Strong winds could cause limited visibilities and snow drifts. 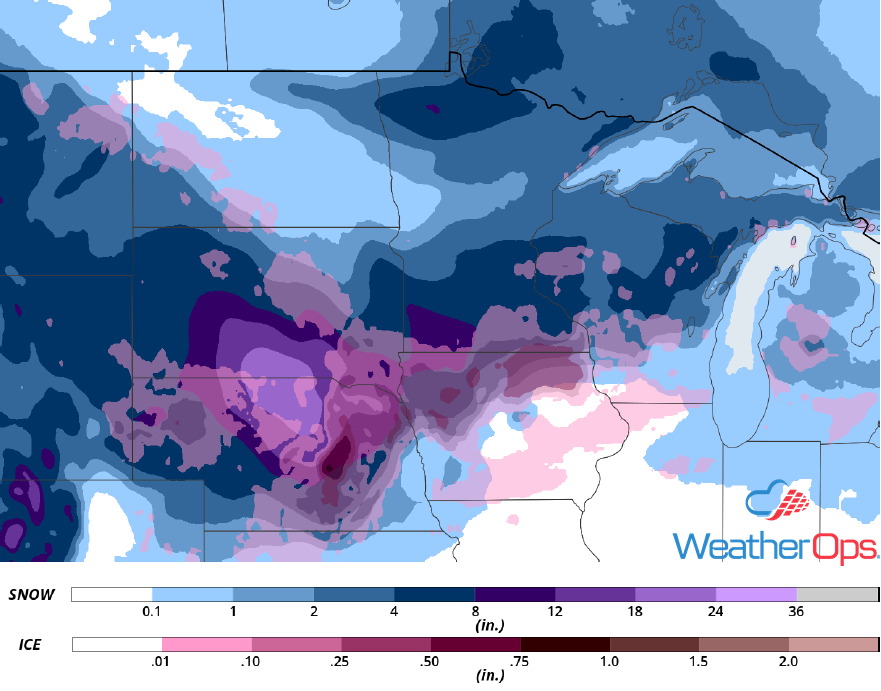 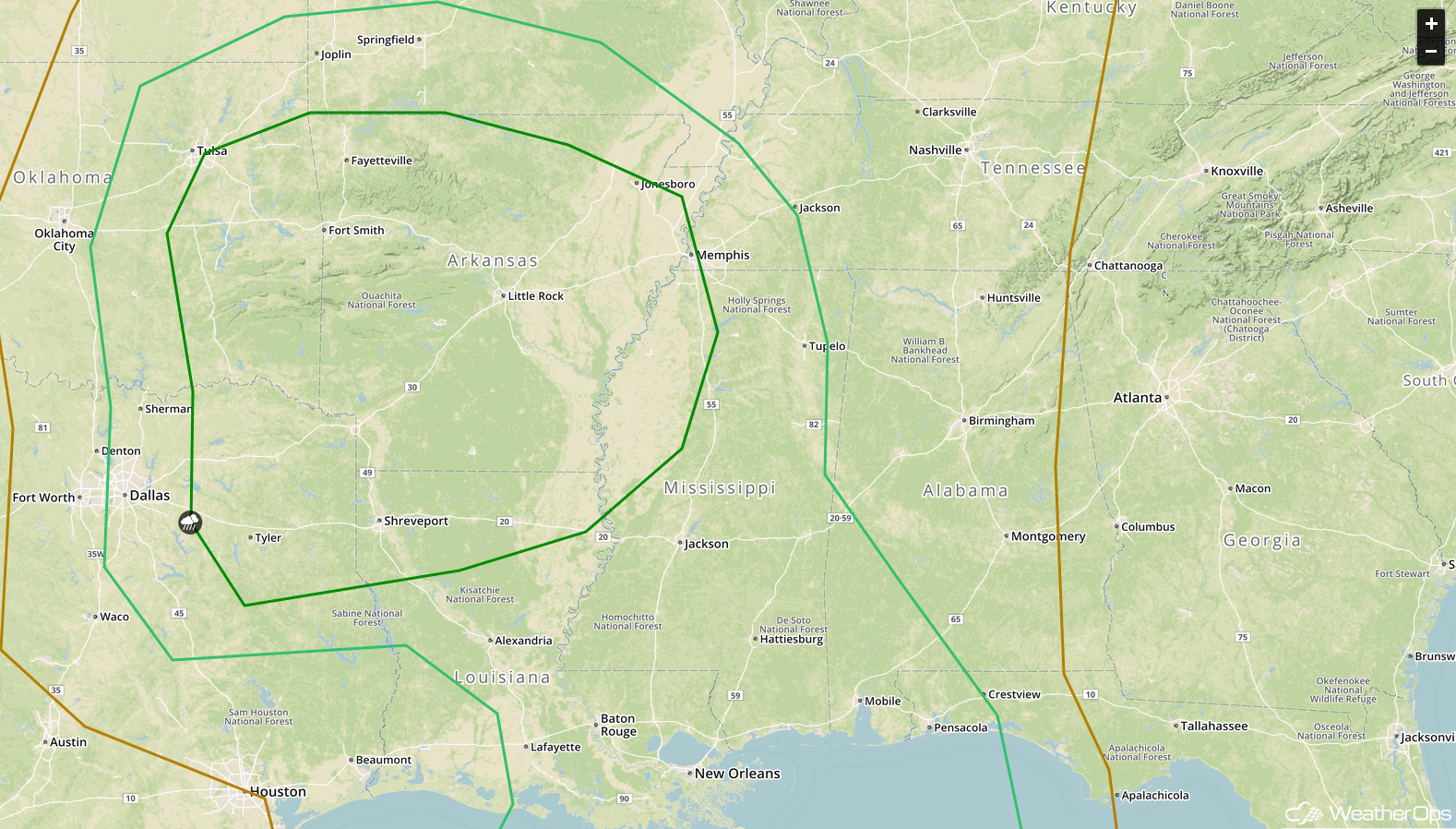 A Look Ahead
Showers and thunderstorms will move into the Ohio Valley on Saturday as the area of low pressure described above continues to move eastward. To the northwest of the low, snow is expected across portions of the Plains. Light snow may develop across the Rockies and High Plains on Sunday as an area of low pressure moves across the Rockies. This snow will move into the Central Plains on Monday. By Tuesday, snow and freezing rain may move into the Great Lakes and Northeast.