A cold front moving into Region 1 today will serve as a focal point for the development of thunderstorms. These storms should develop in the afternoon and will pose a threat for hail and damaging winds. This activity should continue into the evening hours. Storms will weaken with the loss of daytime heating. In addition to the thunderstorm potential, heavy rainfall will also be possible. Rainfall amounts of 1-2 inches with locally higher amounts will be possible. 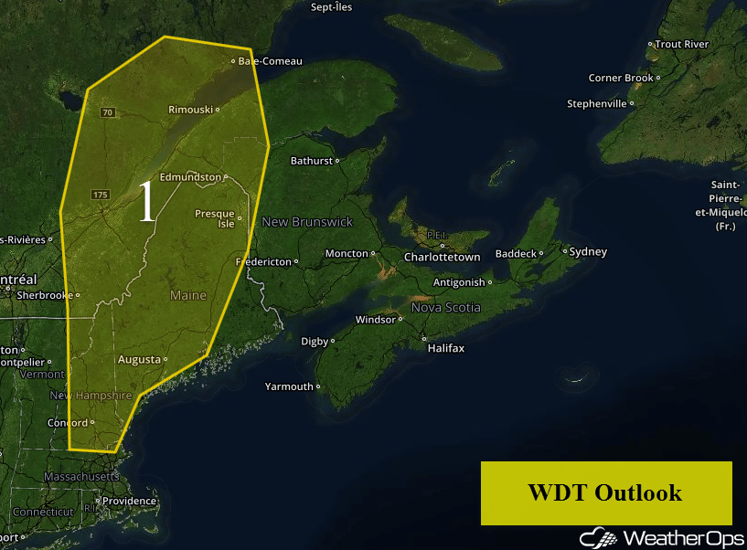 Moderate instability and a series of upper level disturbances will initiate strong to severe thunderstorms this afternoon. Storms should begin to form in the mid afternoon hours in Wyoming and southwestern South Dakota before moving to the southeast overnight and organizing into clusters. Large hail and damaging winds will be the primary hazards with these storms. 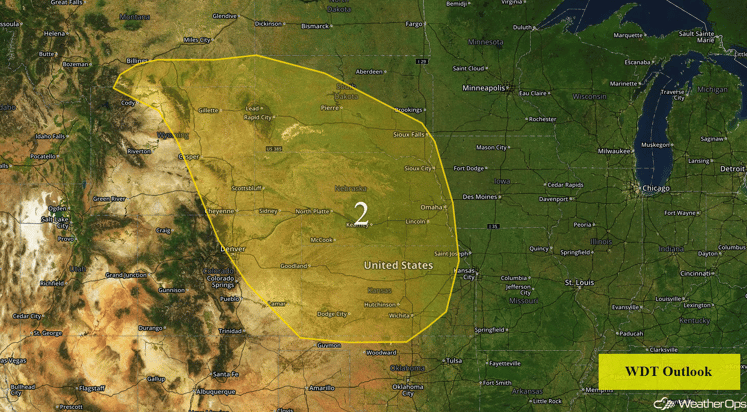 Strong to Severe Thunderstorms Possible for Central Plains on Thursday

An upper level trough is forecast to move to the southeast on Thursday. A stationary front at the surface along the Oklahoma and Kansas border stretches to the west into Colorado. With moisture in place over the area and daytime heating, thunderstorms are expected to develop along the front. Primary impacts associated with thunderstorms over the region include damaging winds, frequent lightning, and heavy rainfall. Rainfall accumulations of 3-4 inches are forecast to occur along the front with locally heavier amounts in excess of 6 inches possible leading to a flooding and flash flooding potential, especially along the Oklahoma and Kansas border. 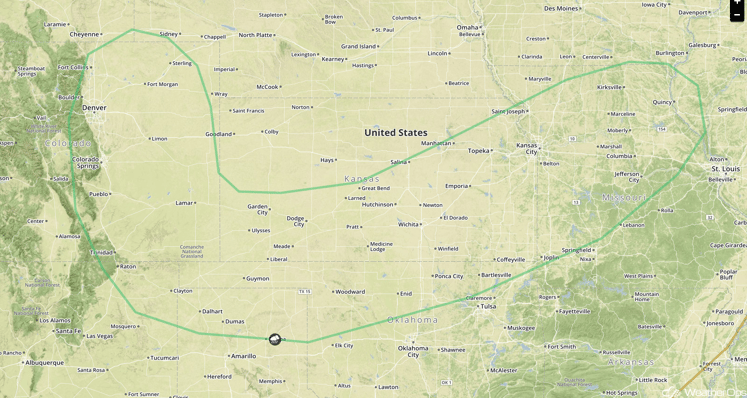 Strong to Severe Thunderstorms Possible on Thursday across North Carolina

A trough of low pressure at the surface is forecast to develop across portions of North Carolina into Thursday with a weak upper-level trough forecast to move across the area. With daytime heating and building instability ahead of the boundary over the region, strong to severe thunderstorms will be possible into the late afternoon hours. Primary impacts will include damaging winds, lightning, and localized heavy rainfall.

Strong to Severe Thunderstorms Possible on Friday across Central Plains

Continued strong to severe thunderstorms are forecast to remain possible on Friday along the front over the Central Plains. An upper level trough is forecast to move through the region allowing for some support for strong to severe thunderstorms. With moisture remaining throughout the region, scattered thunderstorm development will be possible with some thunderstorms becoming severe. Strong wind gusts and hail will be possible along with frequent lightning and heavy rainfall. Heavy to excessive rainfall will also be possible across the region with total accumulations of 1-2 inches of rain, locally higher amounts in excess of 3 inches, leading to the potential for flash flooding over the area. 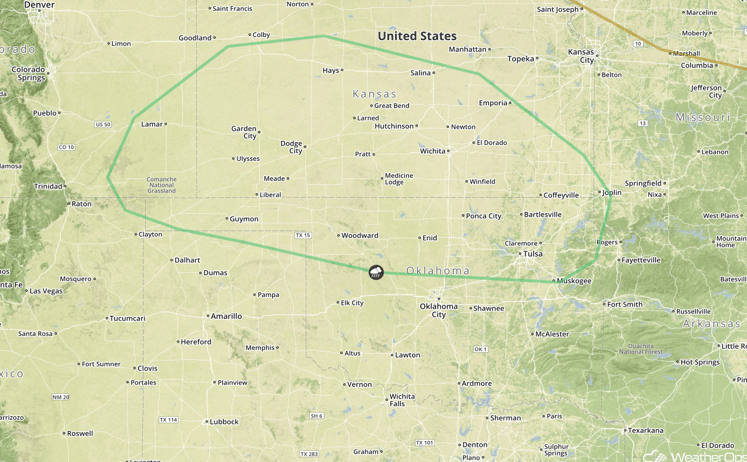 Strong to Severe Thunderstorms Possible Across New England on Friday

Thunderstorms are forecast to develop across New England on Friday ahead of a cold front as low level moisture increases and an upper level trough moves overhead. Instability is forecast to build with the potential for strong thunderstorms capable of damaging winds ahead of the front. 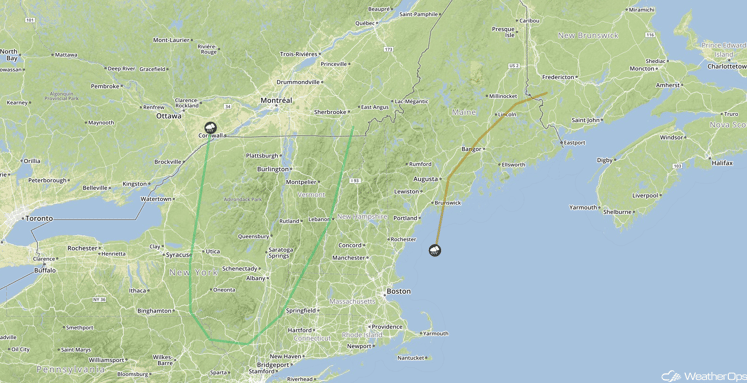 This is just a brief look at current weather hazards. We can provide you site specific forecast information. Try a 7-day demo right away.