A surface low will develop on Wednesday and bring snow to portions of the Midwest and Great Lakes late Wednesday through early Saturday. Widespread showers and thunderstorms are expected across eastern Florida through the day on Wednesday. 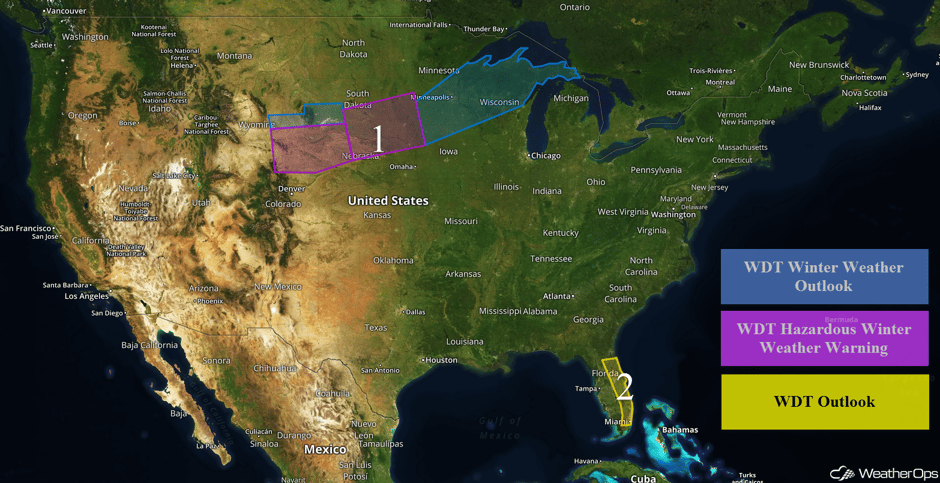 Region 2
An area of low pressure moving eastward across Florida will result in widespread showers and thunderstorms today. Rainfall amounts of 1-2 inches is expected with locally higher amounts approaching 4 inches along the coast. Thunderstorms may produce isolated wind gusts in excess of 40 mph but widespread severe weather is not expected.

The rain is POURING in New Smyrna Beach, #FLwx! pic.twitter.com/T6AXxycFn1

.@Mike_Clay Stormy skies on the beaches of #Pinellas Co as winds pick up and hvy rain moves closer. #flwx pic.twitter.com/7lhzeMAjNH

Strong to Severe Thunderstorms Possible Friday across the Ohio Valley
As the area of low pressure described in Region 1 lifts northeastward, thunderstorms may develop from Illinois eastward into Ohio. Ample moisture and strong wind shear will promote the potential for damaging winds ahead of the associated cold front. While damaging winds will be the primary hazard, isolated instances of hail and damaging winds cannot be ruled out. 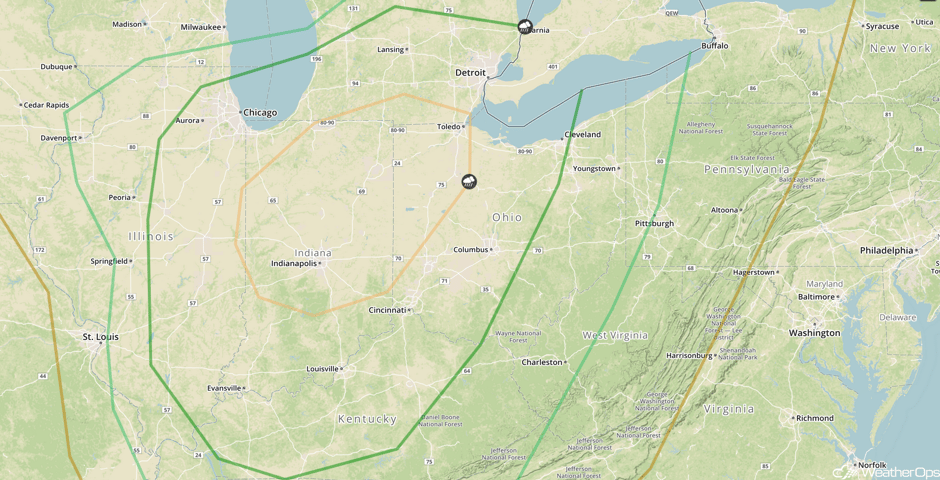 A Look Ahead
An area of low pressure moving into California on Sunday will bring additional rainfall to the state. Rainfall amounts are expected to be between 1-2 inches with locally heavier amounts. Given the already saturated ground, additional flooding is expected.