Wintry precipitation will continue for portions of the Plains into the Midwest as a stationary front begins to lift to the north.  Thunderstorms may develop for portions of Louisiana during the afternoon and evening as an upper level trough moves across the region. Snow may develop across portions of the Pacific Northwest as an area of low pressure moves into the region. The front mentioned above will allow for continued excessive rainfall from east Texas into the Lower Mississippi Valley.

Potential for Snow Wednesday across Portions of the Pacific Northwest
Snow will continue for portions of Oregon and Washington through the morning as an area of low pressure moves inland. Accumulations of 2-4 inches are expected.

Major Cities in Region: Medford, OR, Bend, OR

Thunderstorms for the Lower Mississippi Valley Wednesday
Ongoing thunderstorms across East Texas will spread eastward throughout the day ahead of a cold front. Strong winds and perhaps an isolated tornado will be the primary hazards during the morning and afternoon. Thunderstorm activity will decrease during the evening hours. 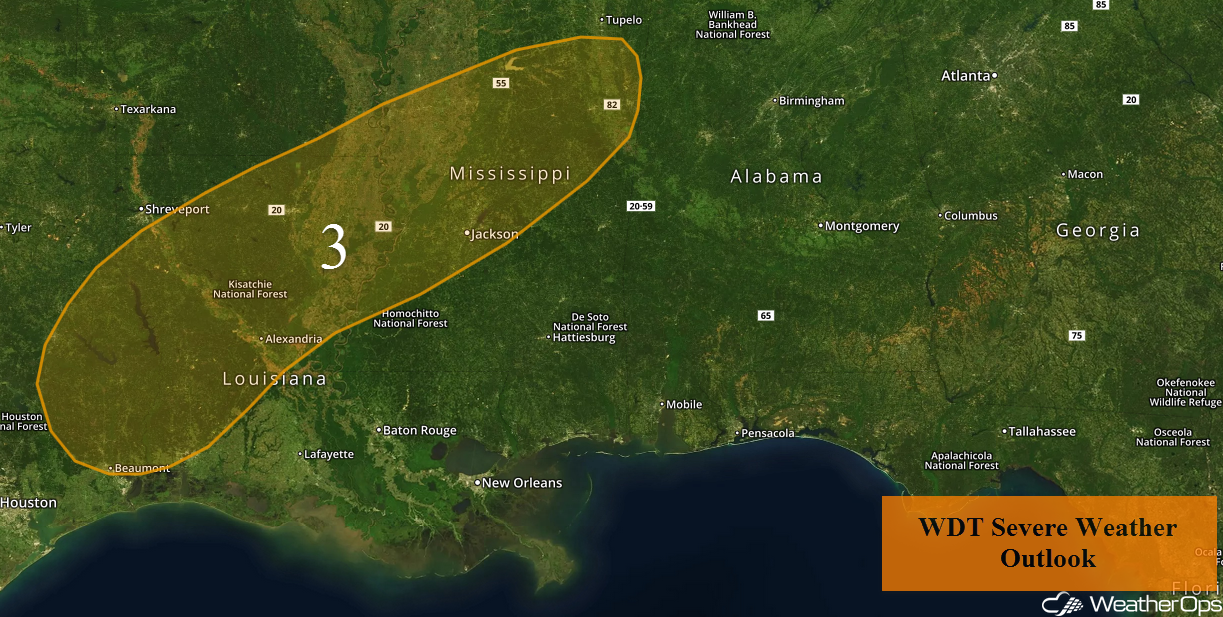 Snow Thursday and Friday for the Northern Plains
Snow is forecast for portions of Minnesota and Wisconsin Thursday night into Friday morning as an upper level disturbance moves through the region. Snowfall totals of 2-4 inches with locally higher amounts in excess of 5 inches are forecast. 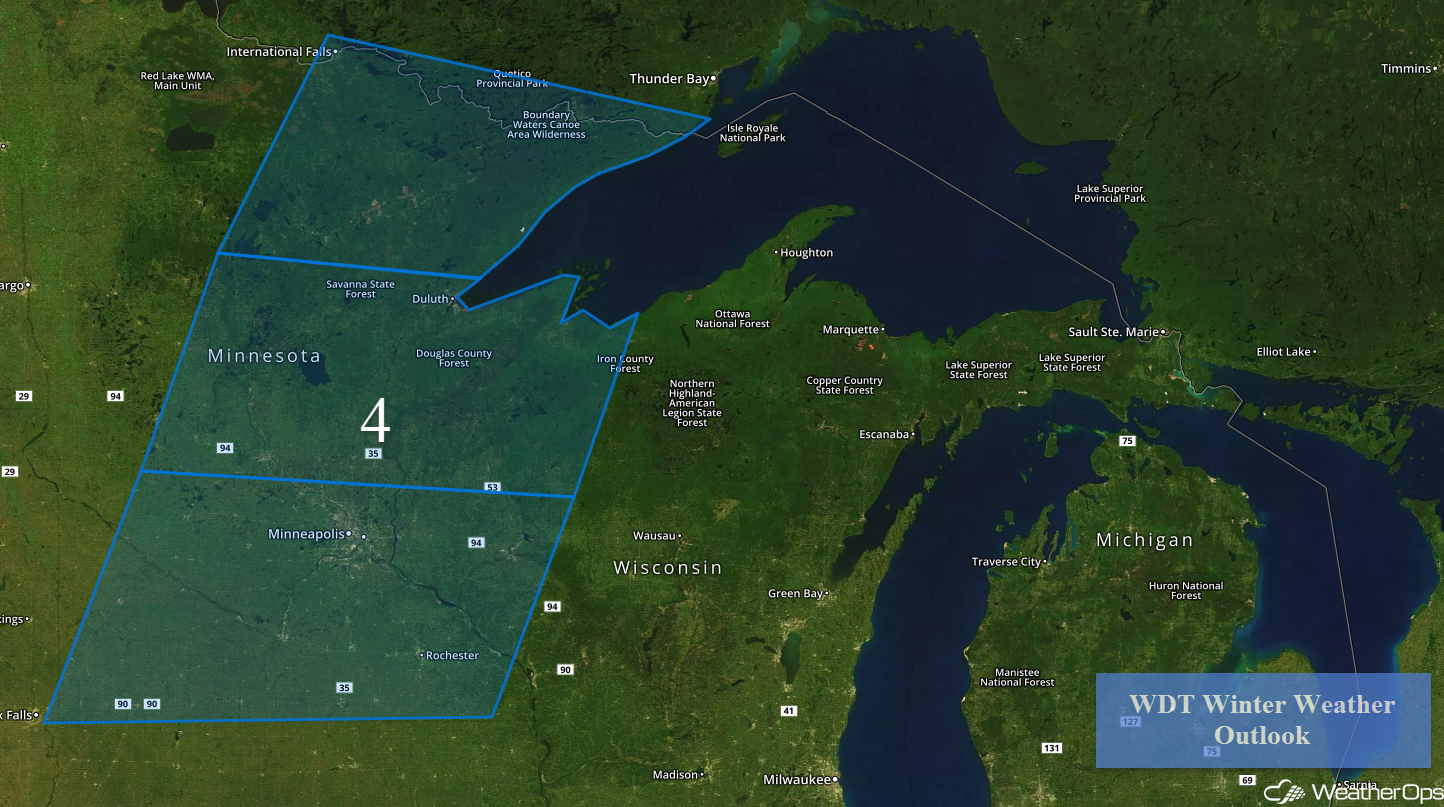 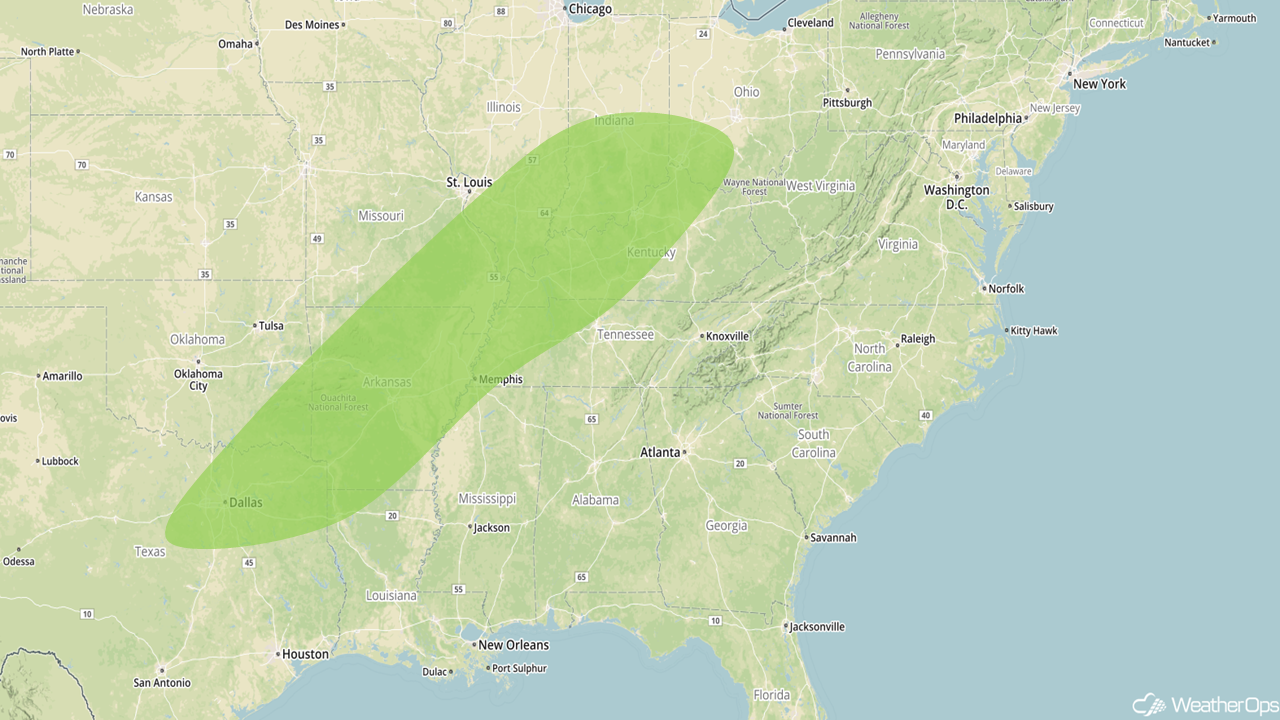 A Look Ahead
As another area of low pressure develops on Saturday, heavy to excessive rainfall will continue for portions of the Ozarks into the Ohio Valley. This will allow for a continued threat for flooding and flash flooding. Across the Central Plains and Midwest, snow is expected to develop. This snow may be heavy at times with snow accumulations ranging 3-6 inches and locally higher amounts in excess of 8 inches.

That is a brief look at current weather hazards. We can provide you site-specific weather forecast information to protect your staff and assets and to assess your weather risk. Try a 7-day demo right away and learn how timely precision weather information can enhance your bottom line.