A cold front will be the focus for the development of thunderstorms across the Southern Mid Atlantic on Wednesday. Monsoonal moisture may allow for locally heavy rainfall Wednesday across the El Paso region.

Excessive Rainfall Wednesday across the El Paso Region
Monsoonal moisture should produce showers and thunderstorms across southwestern Texas and southeastern New Mexico on Wednesday with some locally heavy rainfall. Average precipitation amounts of 1-1.5 inches are forecast. 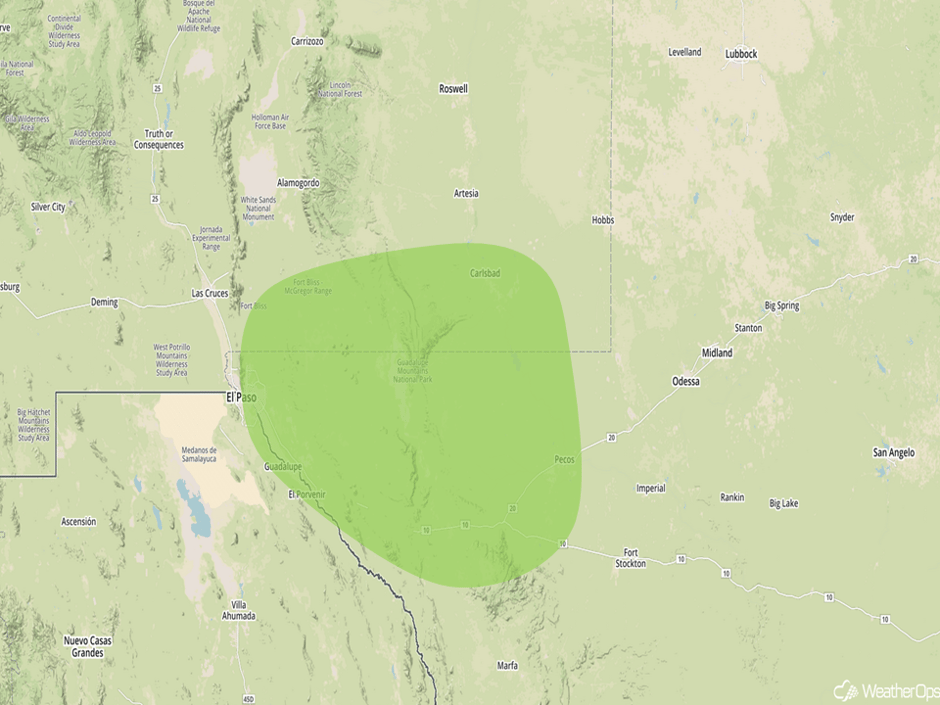 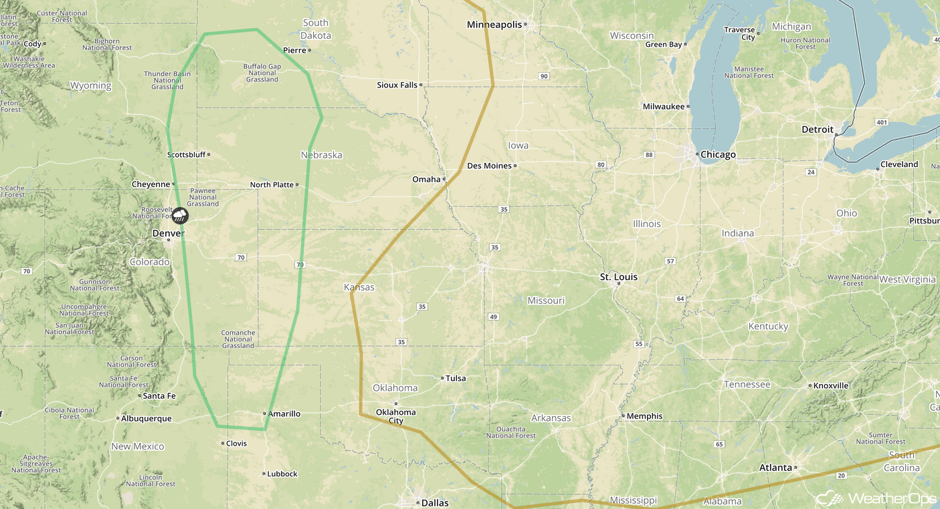 Potential for Excessive Rainfall Thursday for Portions of New Mexico and Texas
A cold front stalling across the region will help produce widespread precipitation on Thursday. Rainfall amounts will average 1-1.5 inches. 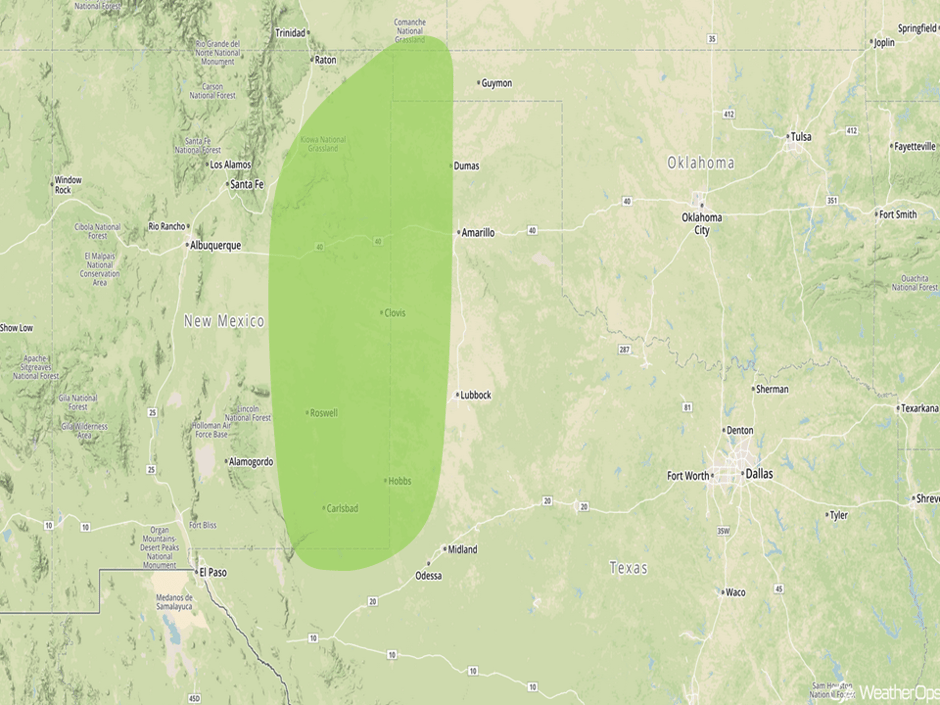 Excessive Rainfall Threat for the Texas and Louisiana Coasts on Friday
A tropical wave, formerly Tropical Storm Harvey, will begin approaching the Texas Coastline on Thursday. The current WDT track has this system becoming a strong tropical storm just before landfall Friday into Saturday. This will bring the potential for heavy rainfall and flooding across the region as the system strengthens and moves closer. Rainfall totals of 1-1.5 inches with locally heavier amounts in excess of 2 inches are forecast. 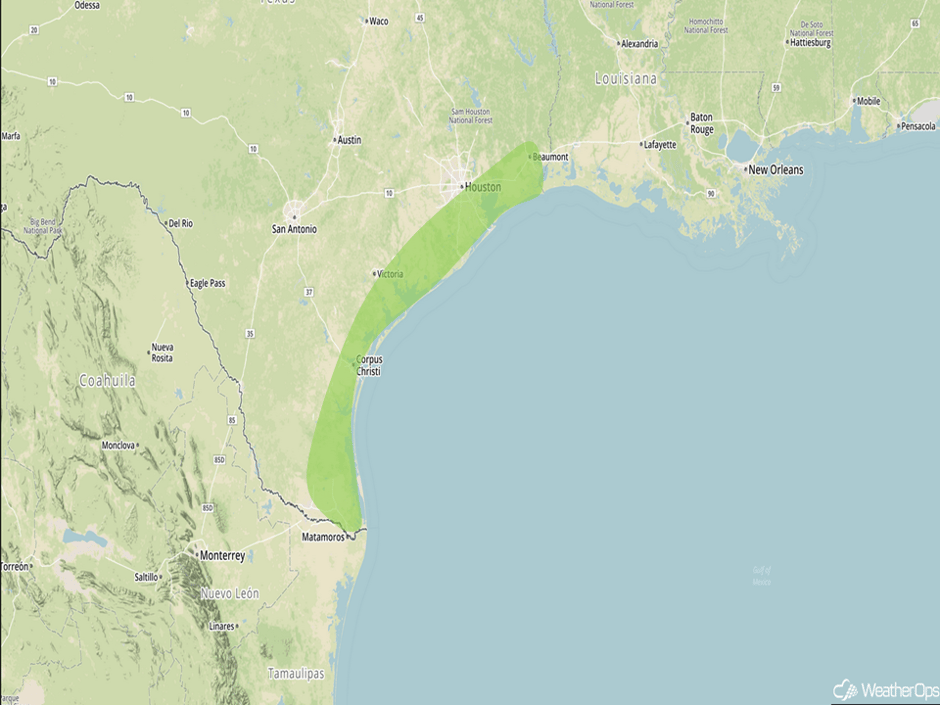 Tropical Update
Satellite images, reconnaissance data, and surface observations indicate that the remnants of Harvey (green oval) are close to redeveloping into a tropical depression over the southwestern Gulf of Mexico. This area of low pressure is forecast to move northwestward at about 10 mph across the western Gulf of Mexico, possibly reaching the northwestern Gulf coast late Friday. Once it reaches the coast, the system is likely to slow down, increasing the potential for heavy rainfall and flooding across Texas and Louisiana into early next week. Harvey could also produce storm surge and tropical storm or hurricane force winds along portions of the Texas coast later in the week.

An area of disorganized showers and thunderstorms stretching across the Bahamas, southern Florida, and the adjacent waters (red oval) is associated with an area of low pressure. Any development over the next few days should be slow to occur while it drifts northward over Florida and the adjacent waters. Environmental conditions could become a little more conducive for tropical or subtropical development over the weekend when the system begins to move northeastward over the western Atlantic. Regardless of development, very heavy rain and flooding are possible over portions of Florida during the next few days.

A Look Ahead
Tropical Storm Harvey will meander along the Texas coastline and into Louisiana over the weekend and into next week. Because of the slow movement, a prolonged rainfall event is forecast from the coastline extending well inland. A widespread swath of 10-15 inches of rain is expected. Areas close to the coastline where the longest period of rainfall is expected, rainfall amounts could exceed 20-25 inches, leading to significant flooding.