National Weather Summary for Tuesday, May 23, 2017

There will be a risk for thunderstorms Tuesday across portions of South Texas ahead of a cold front. Widespread thunderstorms and excessive rainfall are expected for portions of the Southeast into the Mid Atlantic on Tuesday.

Thunderstorms for South Texas and Southeast on Tuesday
A cold front moving southeastward across Texas and Louisiana will provided a focus for thunderstorm development this afternoon and evening before the front moves offshore. Increasing instability ahead of the front combined with strong winds aloft will allow for a potential for severe thunderstorms today. Large hail and damaging winds will be the primary hazards with any storms that develop. A low tornado threat may exist over southern Texas, where low-level moisture is highest. Further east across the Southeast, thunderstorms are likely to increase in coverage and intensity along and ahead of the same front described above. Increasing wind shear and low level moisture will allow for the development of severe thunderstorms. Damaging winds and a few tornadoes will be the primary concerns with any storm that develops, but some large hail cannot be ruled out. Most thunderstorm activity should begin to weaken by late evening, but isolated severe storms will also be possible in some areas as a second cold front approaches the region. 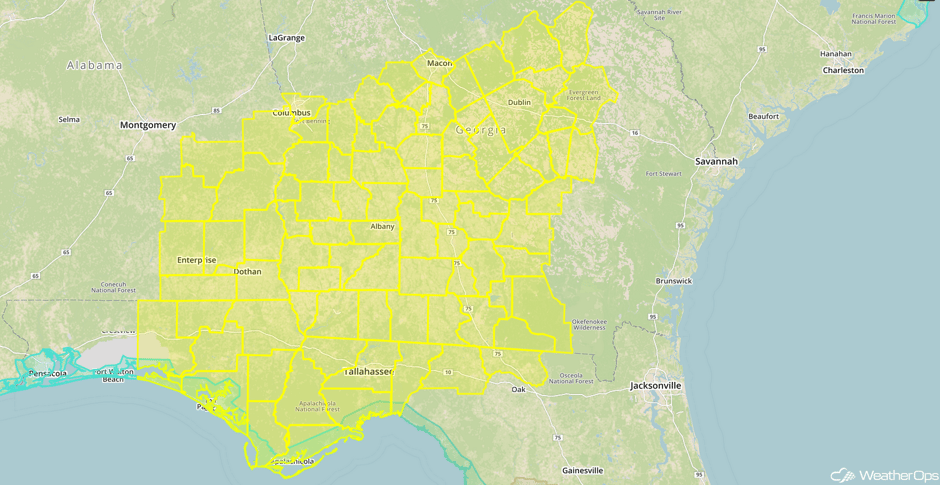 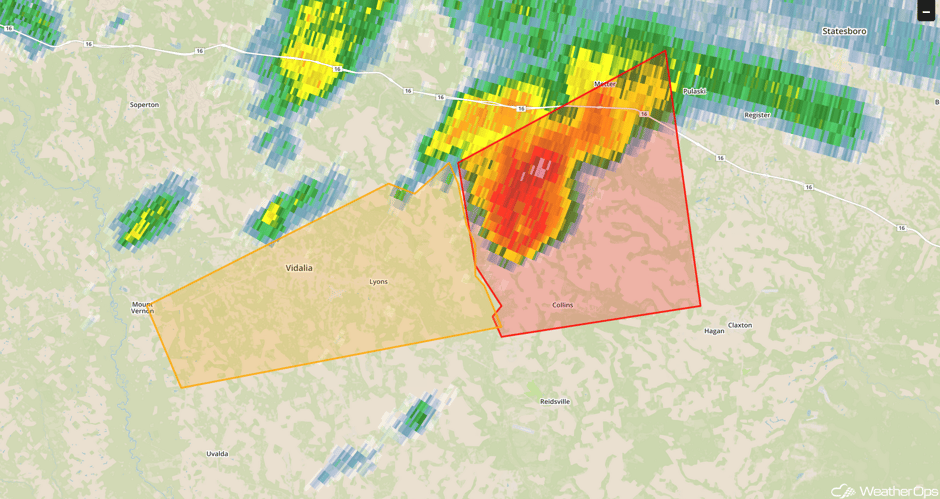 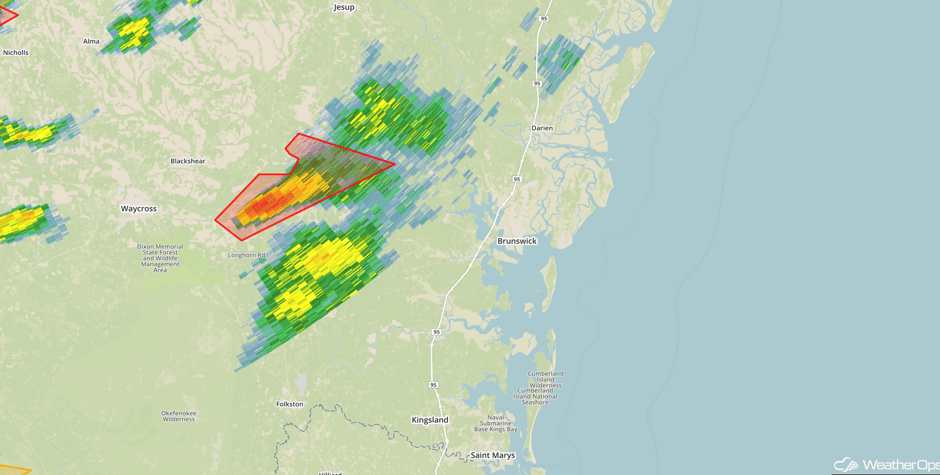 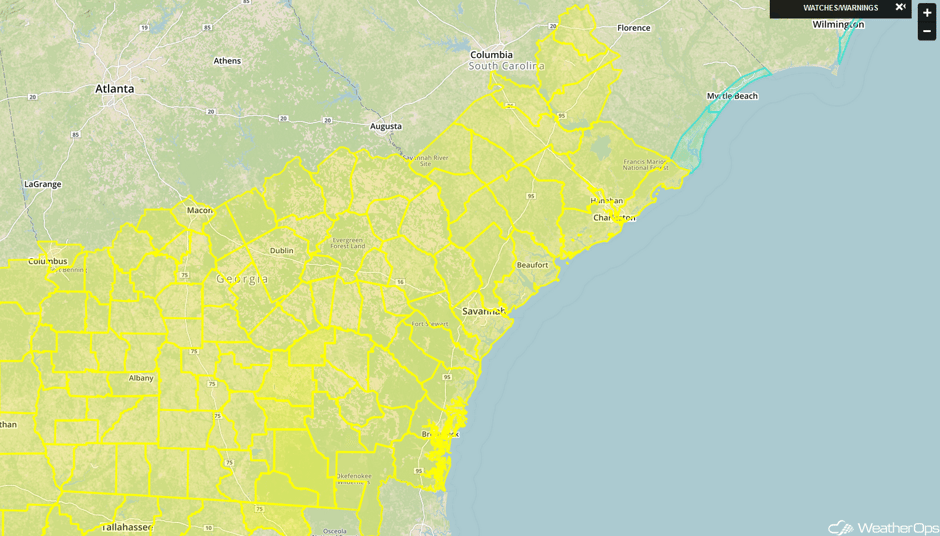 Potential for Thunderstorms Tuesday for Portions of Illinois
An upper level storm system moving southward across the Midwest is likely to allow for the development of a few thunderstorms across portions of Illinois during the afternoon and evening. Some storms may become marginally severe and capable of producing gusty winds, with most activity weakening after sunset.

Excessive Rainfall Potential from the Southeast into the Mid Atlantic on Tuesday
There will be a risk for excessive rainfall leading to flooding across portions of the Southeast into the Mid-Atlantic on Tuesday. A stalled front will remain in place throughout the day and evening, with widespread showers and thunderstorms to impact the threat area for much of the day and evening. Rainfall accumulations of 1-3 inches with locally heavier amounts in excess of 4 inches are likely, leading to the risk for localized flash flooding and runoff. 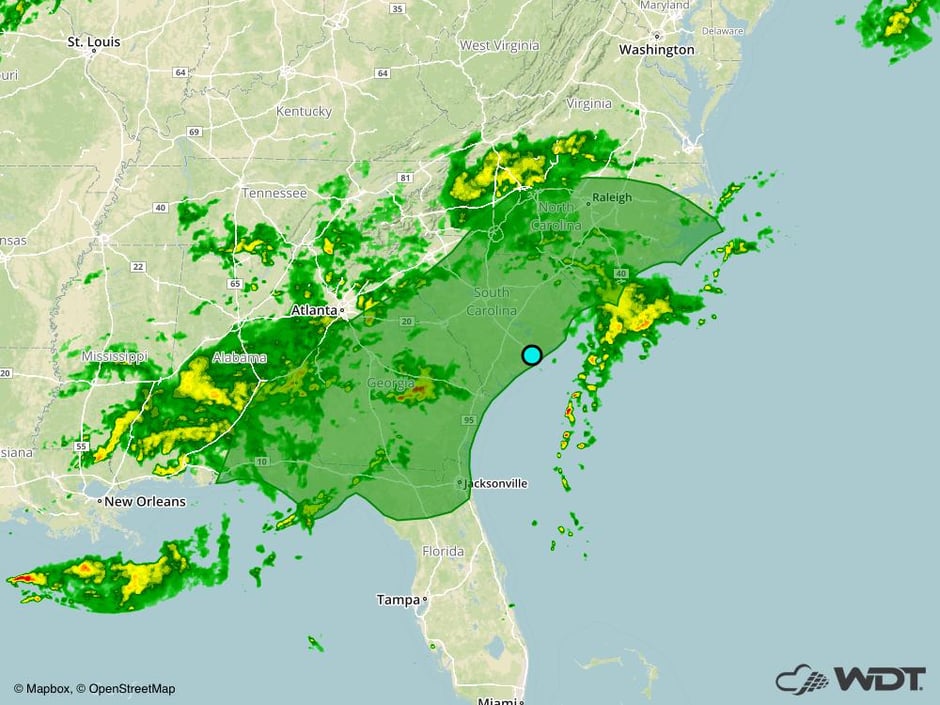 Thunderstorms Continue Wednesday across the Southeast
The severe weather risk will continue across the Southeast and Florida on Wednesday. Morning showers and thunderstorms will likely be ongoing across the region, posing a risk for strong winds and lightning. Additional thunderstorm development is expected to occur from Georgia into the Mid Atlantic during the afternoon ahead of a cold front. This activity will pose a greater risk for severe thunderstorms capable of large hail and damaging winds. Storms will move through Florida during the evening hours with damaging winds the primary hazard. 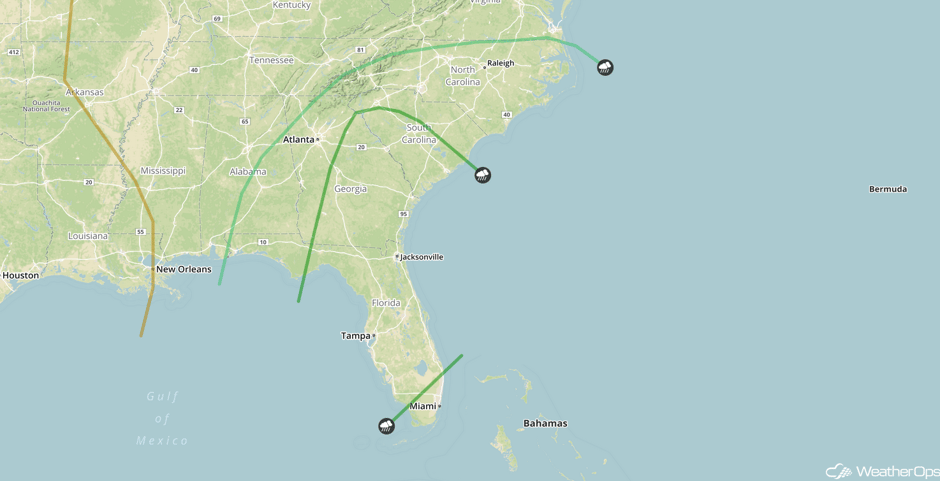 Thunderstorm Potential across Kansas on Thursday
A warm front will lift across the Plains on Thursday, bringing warm moist air northward. Thunderstorms are expected to develop over western Kansas during the afternoon and track eastward. Large hail and damaging winds will be the primary hazards, with the threat evolving into a damaging wind threat as storms track into central and eastern Kansas. 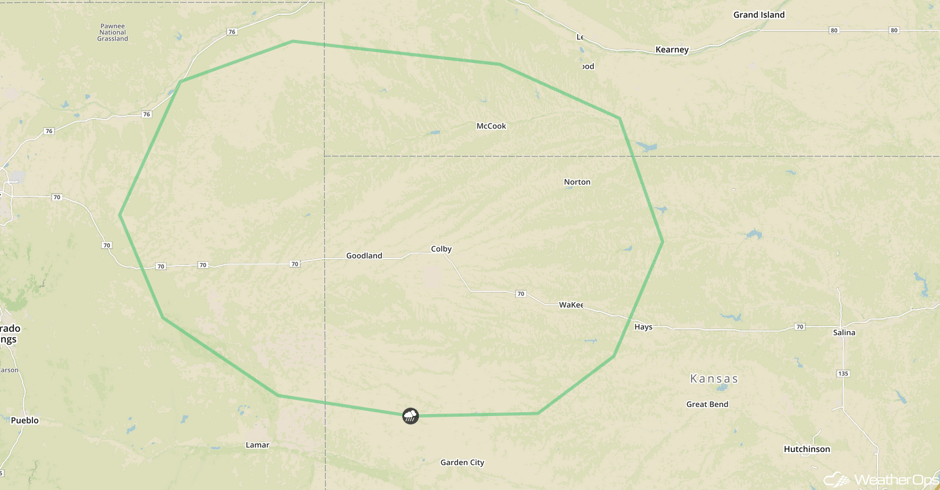 A Look Ahead
Scattered thunderstorms are expected for portions of the Central High Plains on Friday ahead of a weak cold front. Large hail and damaging winds will be the primary hazards with any thunderstorm that becomes severe.