National Weather Summary for Tuesday, May 16, 2017

Severe Thunderstorms Expected for the Plains on Tuesday
Strong to severe thunderstorms are expected for a large portion of the Plains today. The main area of concern will be from southwestern Kansas into west Texas. Thunderstorm development is expected to begin along the dryline during the mid afternoon over the Texas Panhandle and spread northeastward. Large hail, damaging winds, and tornadoes will all be possible in the Texas Panhandle, western Oklahoma, and southwestern Kansas. Later in the evening, a cold front will approach from the west, bringing a second round of thunderstorms that will spread toward central Oklahoma and north central Texas. Severe wind and large hail will be the primary hazards. These storms will likely weaken by early Wednesday morning.

Further north, thunderstorms are expected to develop across portions of Kansas and Nebraska ahead of a cold front and move northeastward into Iowa and Minnesota this evening and into the overnight hours. Strong to severe winds and large hail will be the primary hazards. Later this evening, thunderstorms are expected to move into southeastern Minnesota and western Wisconsin. Severe winds and hail will be the primary hazards. 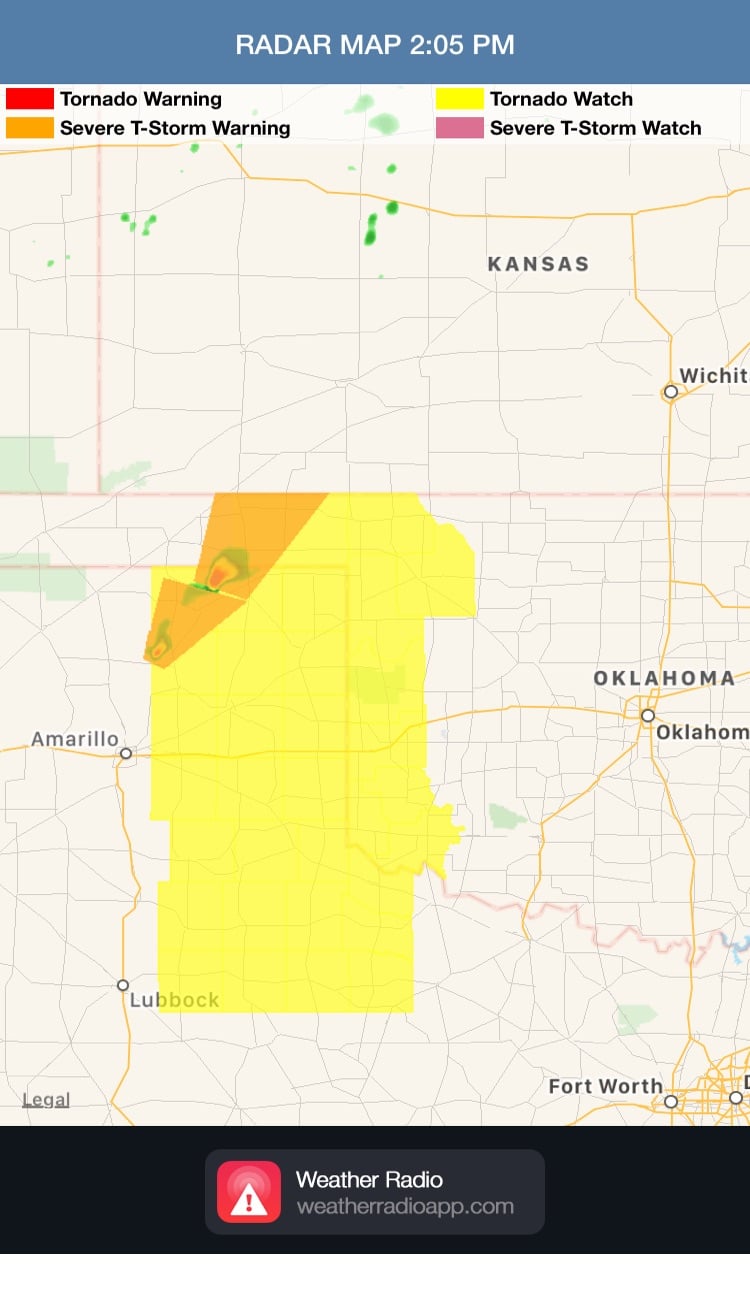 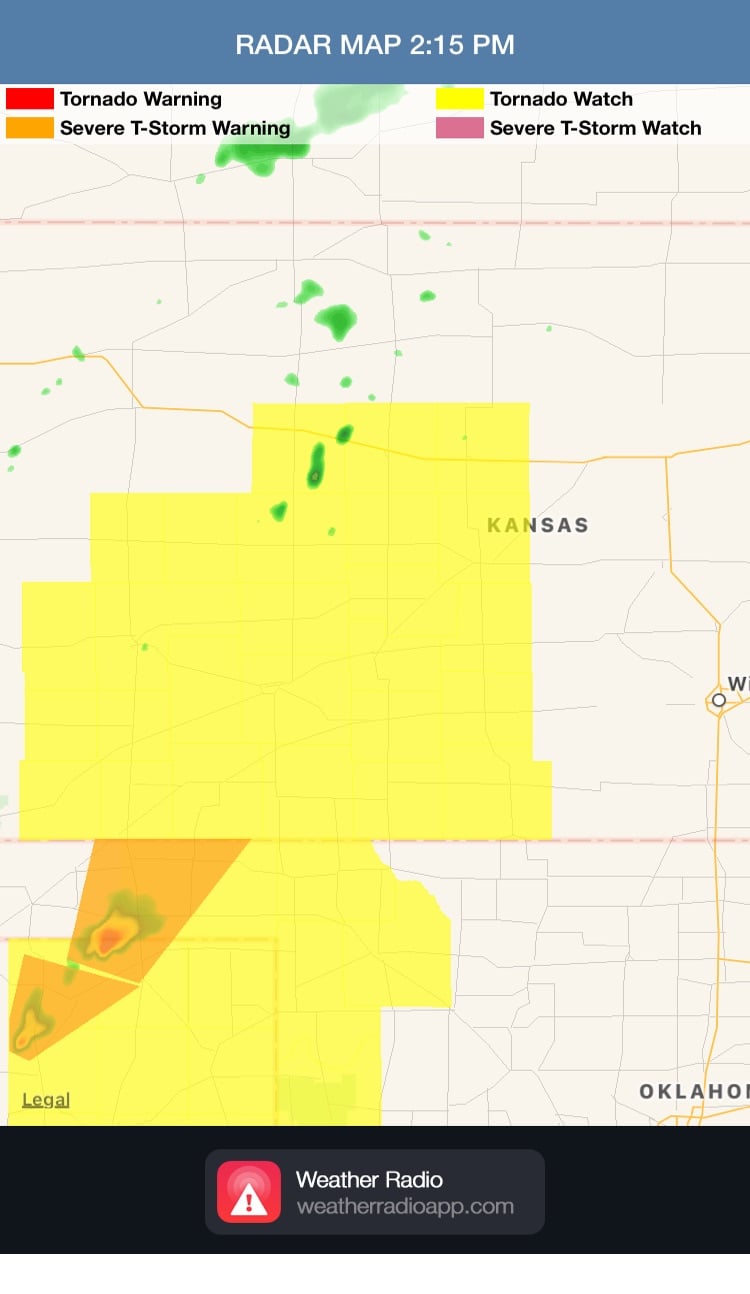 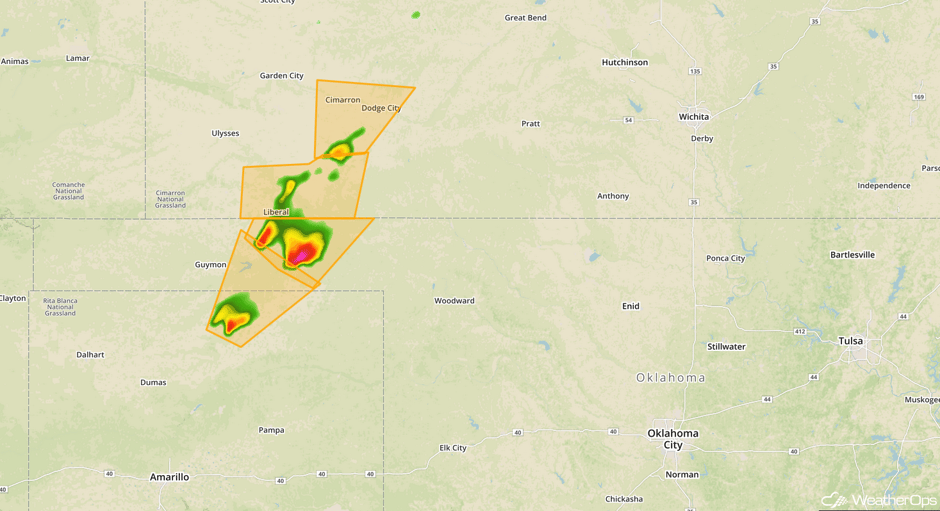 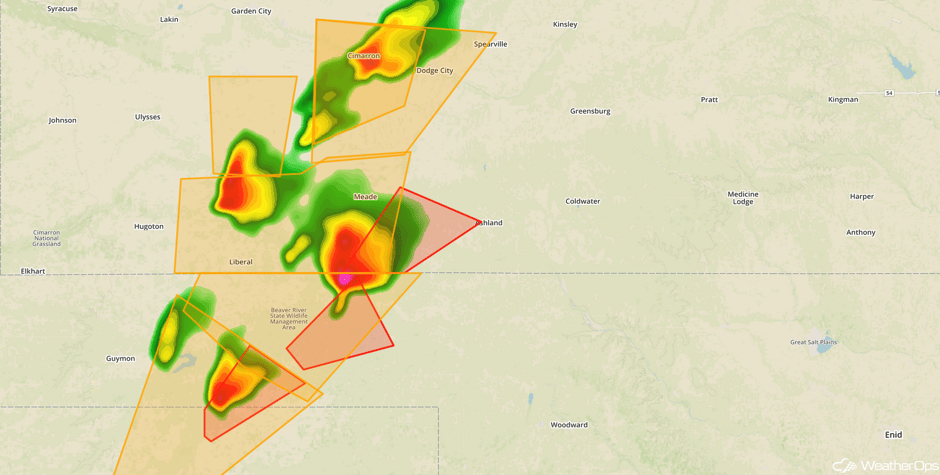 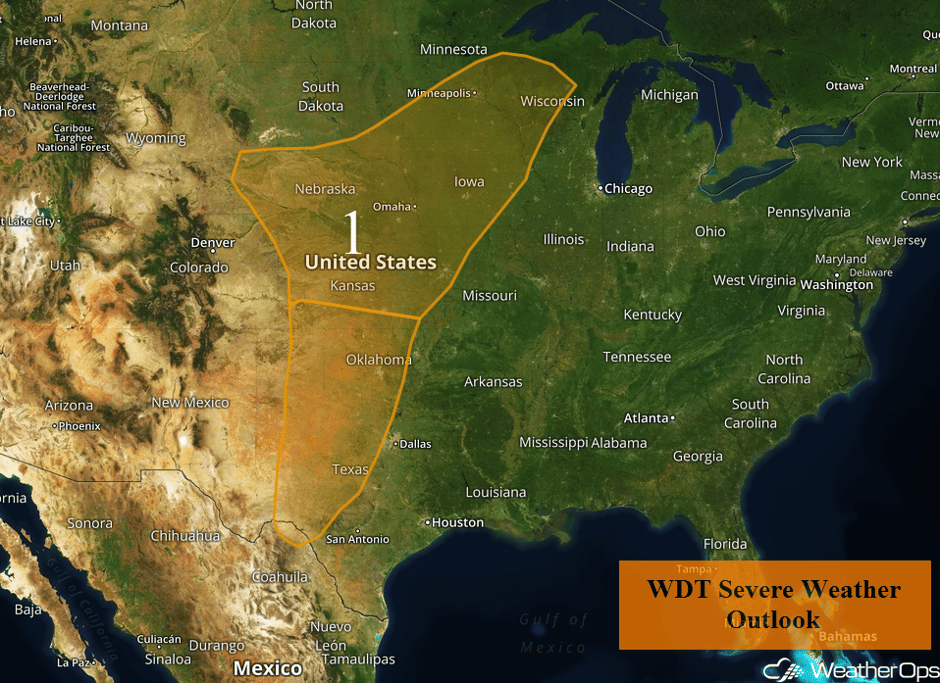 Elevated Winds and Seas for the Northwestern Gulf of Mexico Late Tuesday Through Wednesday Morning
Increasing southwesterly winds and seas are forecast late Tuesday through midday Wednesday in response to an area of low pressure moving through the Central US. Sustained winds of 20-25 knots with gusts in excess of 30 knots are forecast. Seas will build to 7-8 feet, but will gradually subside by midday Wednesday.

Excessive Rainfall Tuesday for Portions of the Plains and Upper Midwest
The combination of increasing shower and thunderstorm development later today and tonight will result in a threat for excessive rainfall for portions of the Central Plains. Rainfall accumulations of 1-2 inches, with locally higher amounts, are forecast. This will pose a risk for flooding and local runoff. 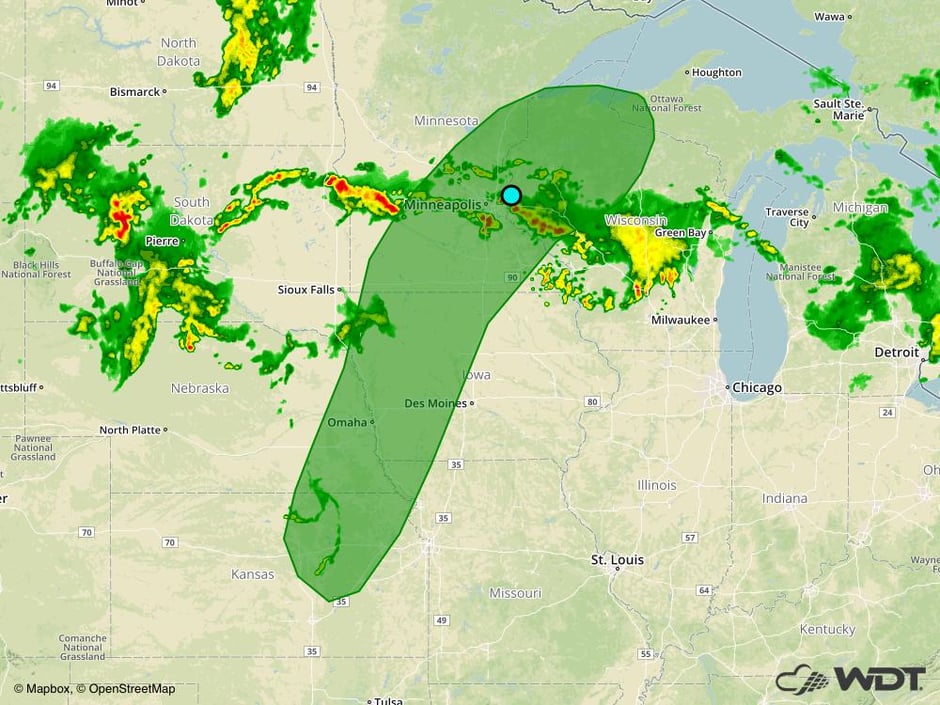 Thunderstorm Potential for the Ozarks into the Midwest on Wednesday
The upper level low described above is expected to move into the Upper Midwest while an upper level trough over the western US begins to reorganize. As a result, the threat for severe weather will shift into Iowa, Minnesota, and Wisconsin. While instability will be weak, strong wind shear and the strong upper level low that will support scattered shower and thunderstorm development is expected by late morning or early afternoon. Multiple bands of storms may lift northeastward across the region with damaging winds the primary hazard, but isolated large hail and tornadoes cannot be ruled out. In addition, heavy rainfall will be a concern. Rainfall amounts of 1-2 inches with isolated higher amounts in excess of 3 inches are forecast. There will once again be a threat for flooding and local runoff.

Severe Thunderstorms Expected Thursday Across the Southern Plains
By Thursday, the threat for severe weather will return to the Southern Plains as an area of low pressure continues to develop over the Rockies and the next upper level disturbance continues to push into the region. Moisture will remain in abundance over portions of Oklahoma. This will promote a highly unstable environment from southeast Kansas southwestward into much of Texas. A nearly stationary front should extend from eastern Kansas southwestward into Oklahoma, intersecting a dryline that extends into Texas. Thunderstorm initiation will commence during the late afternoon or early evening across Oklahoma and quickly become severe. Storms will pose a threat for very large hail, damaging winds, and tornadoes. The threat for severe impacts is forecast to persist into the overnight hours as activity pushes across Central Oklahoma. Storms may expand northward into Kansas and southward into West Texas through Midnight. 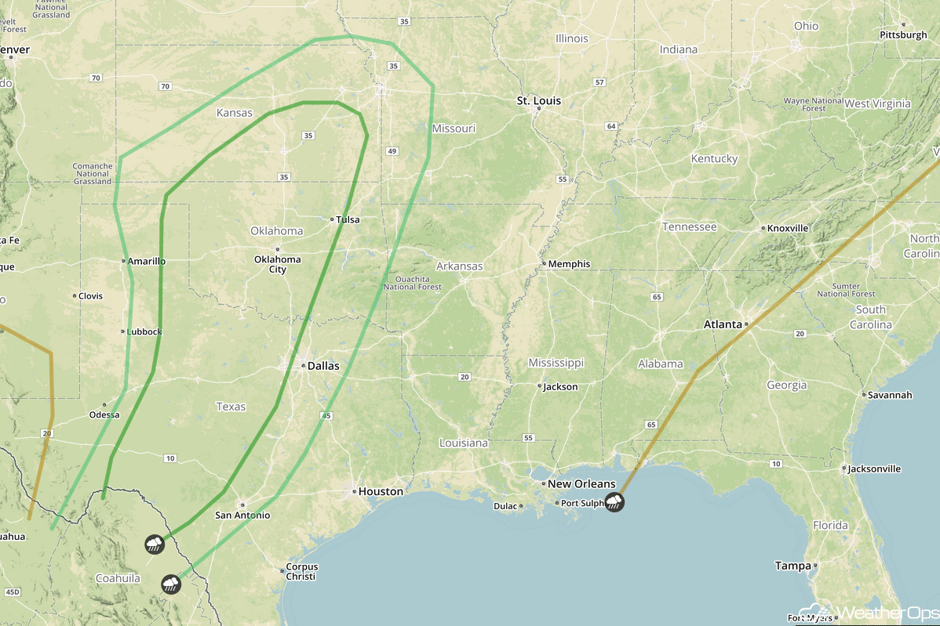 A Look Ahead
The risk for severe thunderstorms will continue for portions of the Southern Plains and Missouri Valley into Friday ahead of a cold front. Further to the east, a stalled front across the Ohio Valley will be the focus for thunderstorms from Illinois into the Delmarva Peninsula. As the cold front continues to progress eastward on Saturday, thunderstorms may develop from the Great Lakes to Texas.