National Weather Summary for Tuesday, May 1, 2018

Severe thunderstorms are expected Tuesday from the Central Plains into the Upper Midwest as an upper level trough moves into the region. Across the Missouri Valley and Upper Midwest, there will be a risk for excessive rainfall Tuesday and Wednesday.

Severe Thunderstorms from the Central Plains into the Upper Midwest on Tuesday
An area of low pressure will remain over the western US on Tuesday with strong southwesterly jet stream winds from the Four Corners region into the Upper Midwest. As moisture increases, instability will rise through the day. Isolated strong to severe thunderstorms are expected to develop over south central Nebraska. Storms may expand in coverage along a dry line southward into Kansas, as well as northeastward into Iowa and Wisconsin. Large hail, damaging winds, and tornadoes will all be potential hazards. The highest risk will extend from central Kansas into southeast Nebraska and southwest Iowa. Storms will likely progress eastward overnight across Iowa, Minnesota, and Wisconsin with damaging winds the primary hazard. However, a brief tornado or two cannot be ruled out overnight. 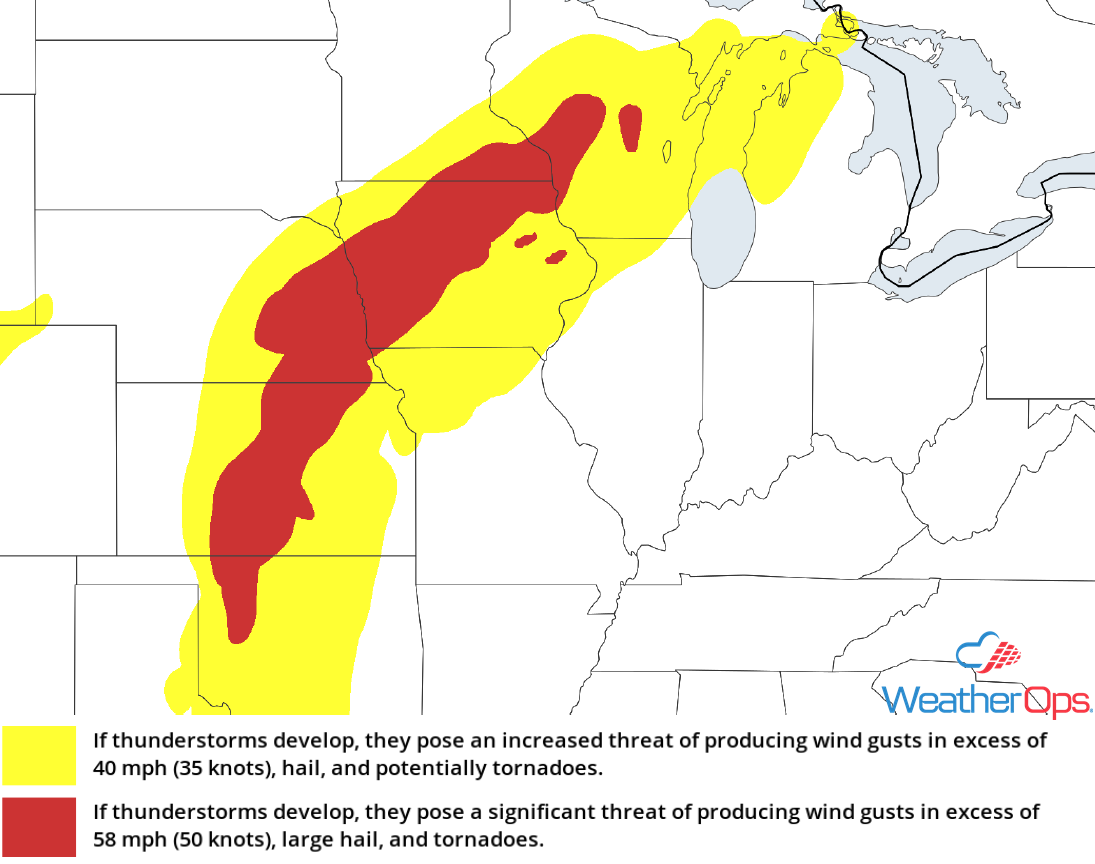 Excessive Rainfall Tuesday and Wednesday for the Missouri Valley through the Upper Midwest
In the wake of shower and thunderstorm activity on Tuesday, some areas will likely see rainfall accumulations in excess of an inch. For eastern Nebraska into northern portions of Iowa, rainfall accumulations of 1.00-1.50 inches are expected. This  will lead to a low risk of flooding during the overnight hours. 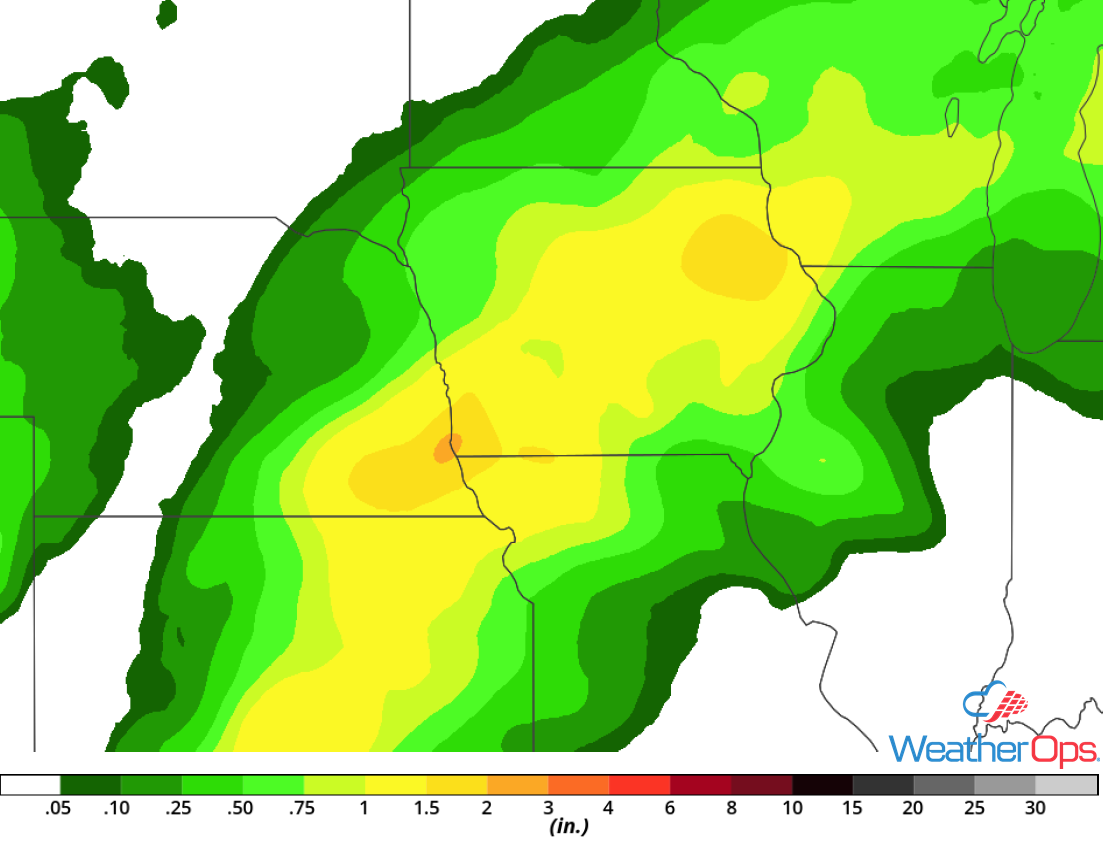 Severe Thunderstorms for the Central and Southern Plains on Wednesday
A broad trough will not move much on Wednesday and as a result, another round of severe weather is forecast. Very large hail and damaging winds will be the primary hazards with these storms from northwest Texas into extreme northwest Missouri. In addition to wind and hail, there will be the potential for tornadoes, some of which may be strong. Atmospheric conditions will be similar to Tuesday with plentiful moisture, instability, and strong shear. However storm coverage should be greater on Wednesday. 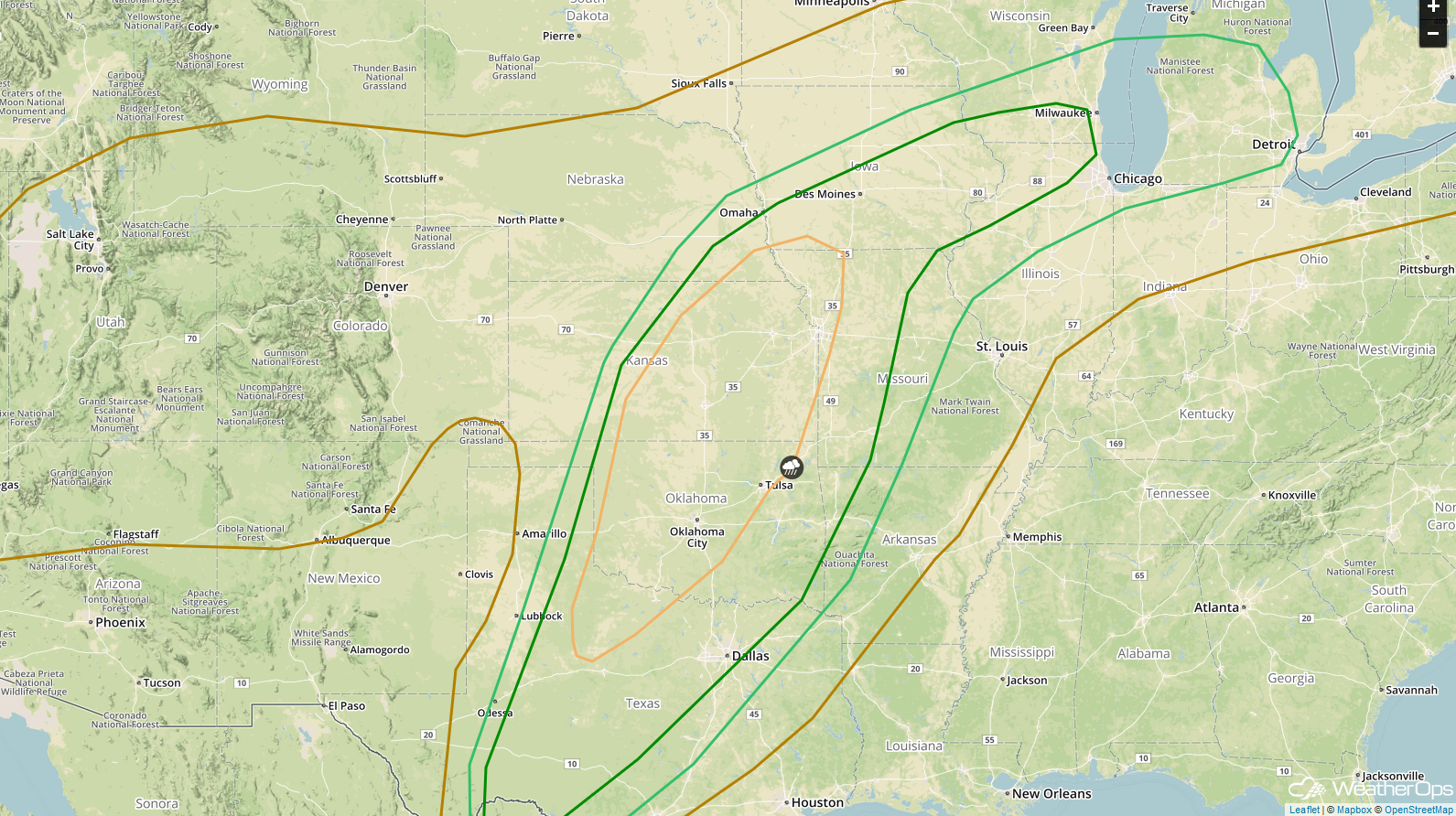 Potential for Thunderstorms Wednesday across the Midwest
General showers and thunderstorms may be ongoing during the morning hours on Wednesday but should gradually clear. However, another round of thunderstorms are forecast late Wednesday from Iowa into the Great Lakes. Severe winds will be the primary hazard along with a lesser threat for hail and tornadoes. 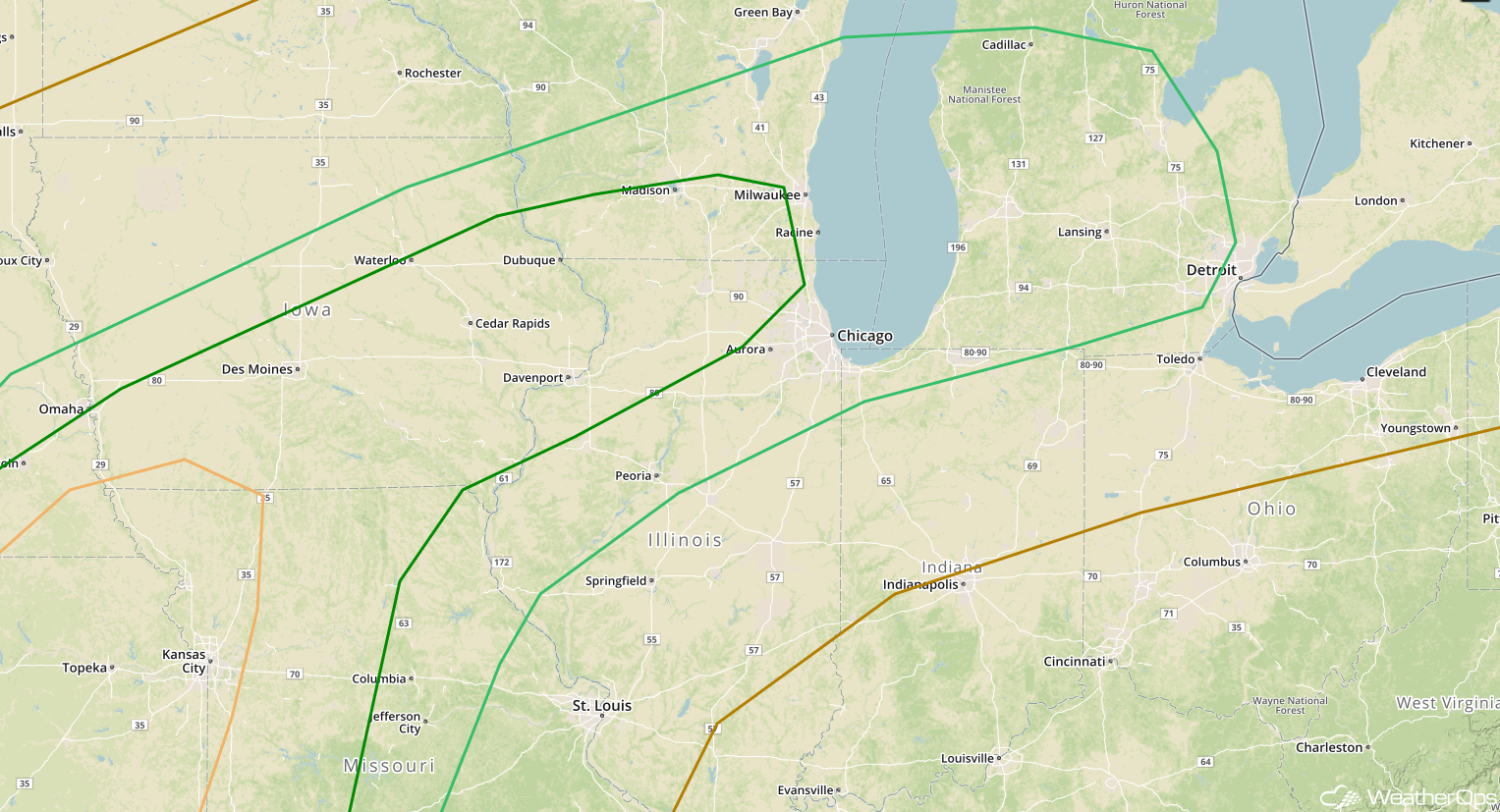 A Look Ahead
Thunderstorms will continue to move across portions of the Plains and into the Great Lakes on Thursday as the trough described above continues to move eastward. This activity will move into the Northeast on Friday. Showers and thunderstorms may develop across portions of Texas on Friday. This activity will move into the Lower Mississippi Valley and the Southeast on Saturday.