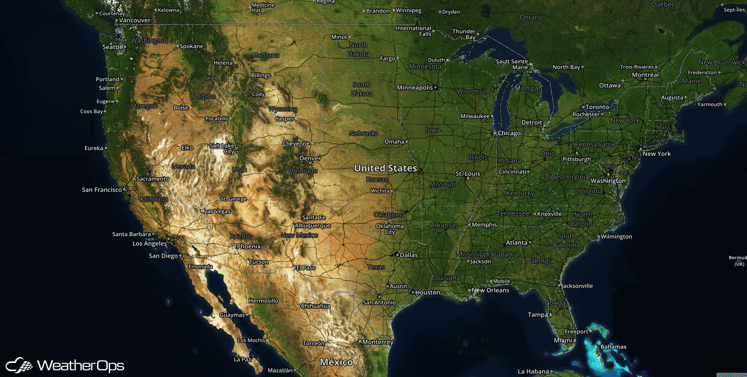 Strong to Severe Thunderstorms Possible on Tuesday for the Great Plains, Midwest, and Mid Atlantic

An area of low pressure developing in the Northern Plains will pull warm air northward. With stronger winds and cooler temperatures aloft, instability will build through the day. Thunderstorms will develop during the late afternoon with large hail and damaging winds the primary threats. From the Ohio Valley eastward, thunderstorms will be possible ahead of a cold front. Large hail and damaging winds will be the primary hazards with these storms. In addition to the severe weather potential, locally heavy rainfall will be possible. Rainfall amounts of 1-2 inches with locally heavier amounts in excess of 3 inches possible.

The greatest severe threat will exist from southeastern Wisconsin and northeastern Illinois into northern Indiana, portions of Southern Michigan, and northwestern Iowa. With this area close to the track of the low pressure system and strong instability in place, rapid development of supercell thunderstorms capable of large hail, damaging winds, and tornadoes is expected in this region. These storms will likely cluster and move to the southeast overnight, with damaging winds the primary hazards. In addition to the severe weather potential, locally heavy rain will be possible. Rainfall accumulations of 1-3 inches with locally heavier amounts in excess of 4 inches will be possible. 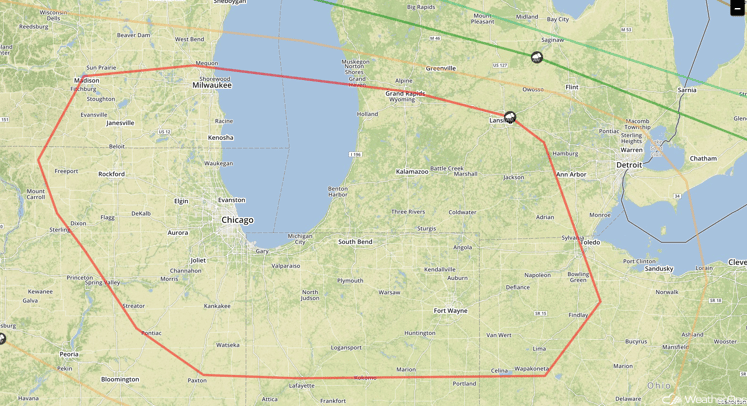 Heavy rain will be possible across portions of West Virginia where locally heavy amounts in excess of 3 inches will be possible. This could result in isolated flash flooding in the higher elevations.

Further west, from the High Plains eastward into the lower Ohio Valley, instability will build throughout the day, possibly allowing for the development of isolated severe thunderstorms with large hail being the main threat. 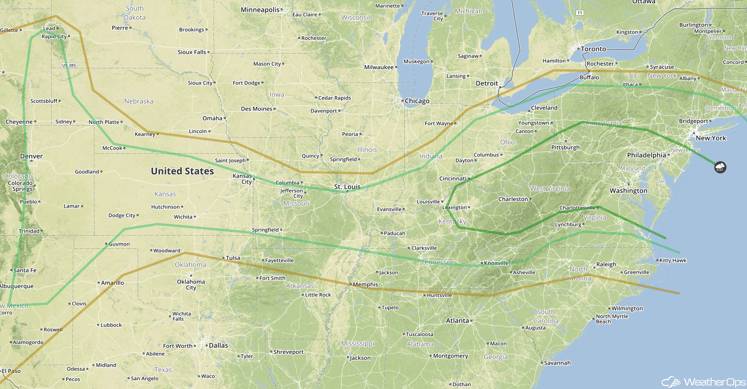