Thunderstorms will continue for portions of the northern Gulf of Mexico through early Tuesday afternoon. A warm front will be the focus for thunderstorm development this afternoon across the Central and Northern Plains. Some of these thunderstorms will have the potential to produce heavy to excessive rainfall. 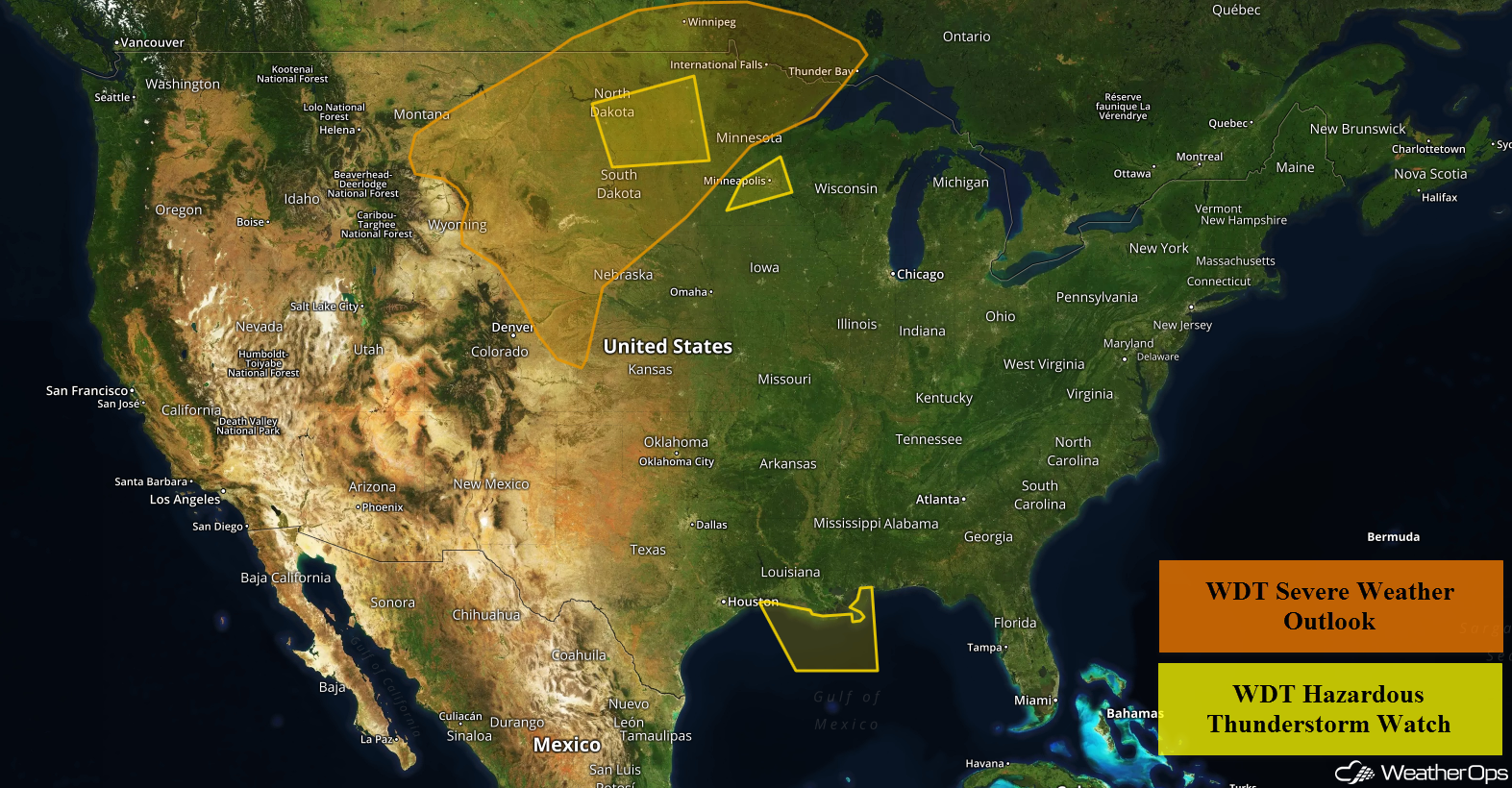 Continued Thunderstorms through Early Tuesday Afternoon for the Northern Gulf of Mexico
Thunderstorms will continue through the early afternoon as a weak area of low pressure slowly moves westward along the Gulf Coast. Some storms may produce winds in excess of 40 knots, locally enhanced seas, frequent lightning, and waterspouts.

Thunderstorms for the Central and Northern Plains on Tuesday
Plentiful moisture and an upper level low moving across the region will allow for the development of showers and thunderstorms along a warm front. Storms will initially develop during the afternoon with large hail, damaging winds, and tornadoes all being potential hazards. During the evening, storms should form clusters with damaging winds the primary hazard. This activity could continue into the overnight hours. 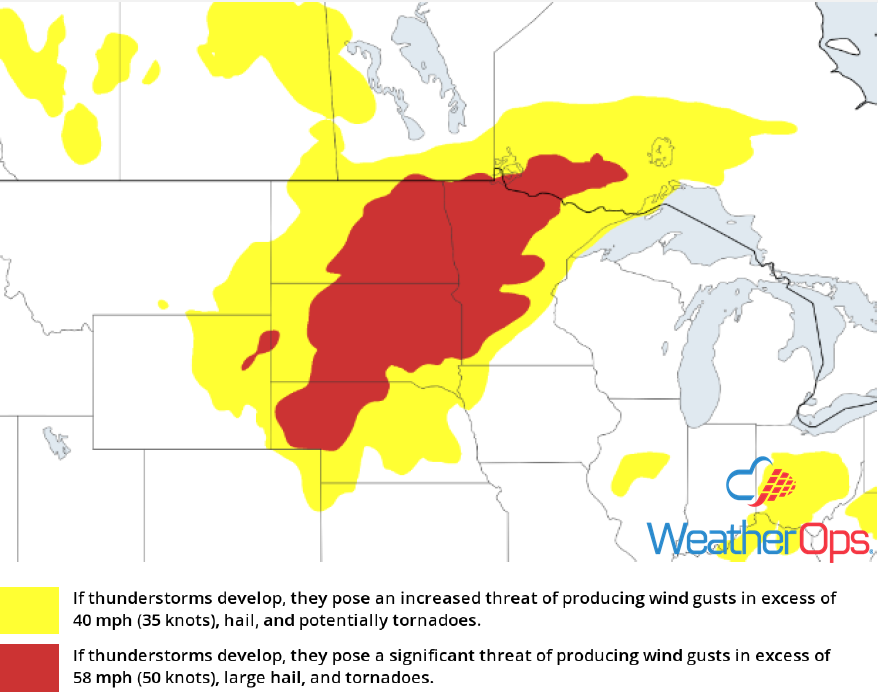 Excessive Rainfall Tuesday for the Northern Plains
Some of the thunderstorm activity described above will have the potential to produce heavy to excessive rainfall. Rainfall accumulations of 1-2 inches with locally higher amounts in excess of 3 inches are expected. Given recent rainfall, there will be a potential for flash flooding. 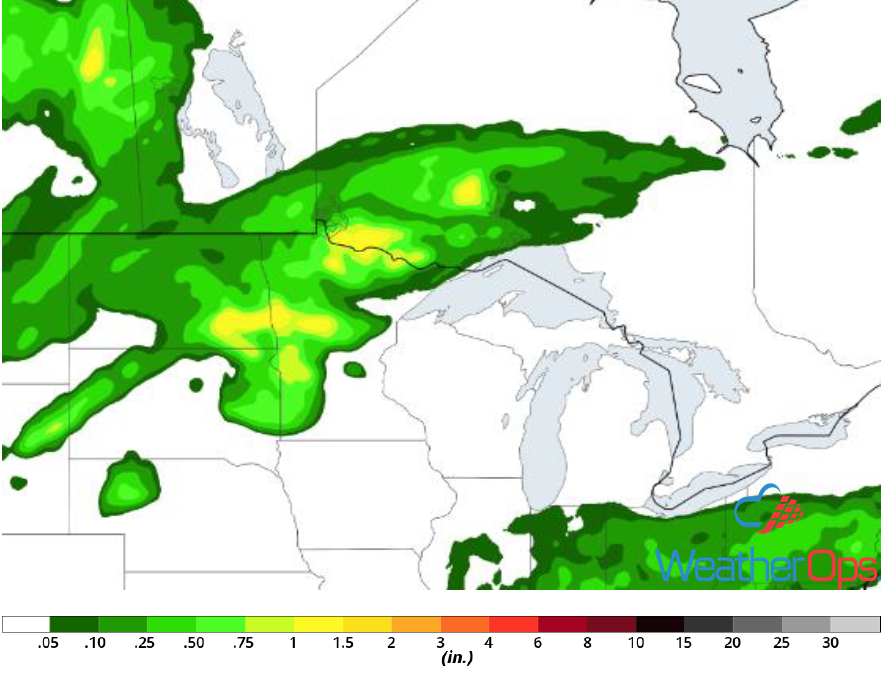 Risk for Thunderstorms across the Upper Midwest on Wednesday
The upper level trough responsible for the severe weather across the Northern Plains on Tuesday will not move much on Wednesday. At the surface, an area of low pressure will move into the eastern Dakotas. Warm moist air will be pulled northward ahead of the low through the day with thunderstorms developing during the afternoon. Damaging winds and large hail will be the primary hazards with these storms. This activity will likely continue into the overnight hours. 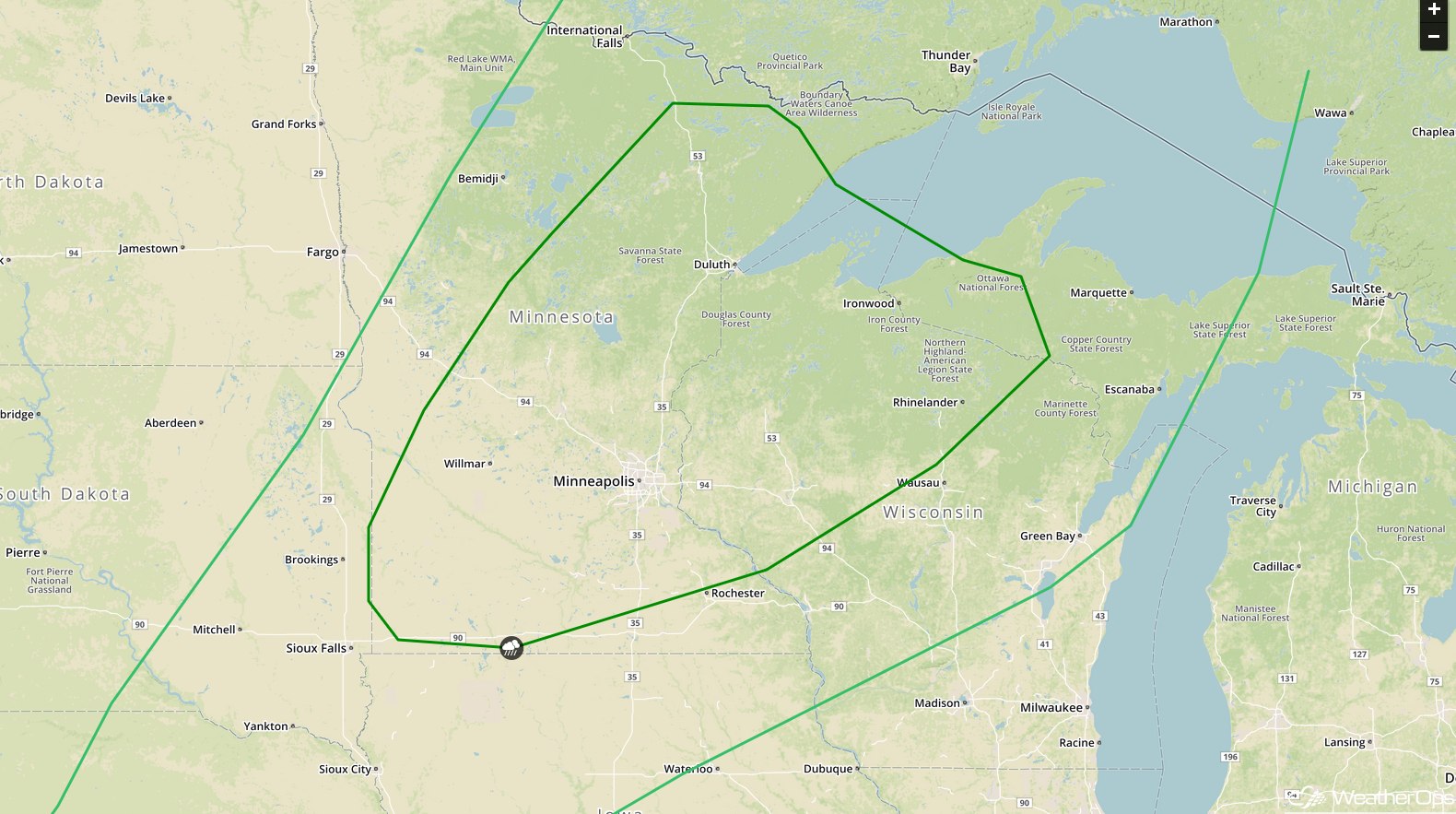 Potential for Thunderstorms Thursday across the Central High Plains
A ridge of high pressure moving into the Upper Mississippi Valley will shift winds to the east and southeast. With moist air moving northward and daytime heating, instability should be sufficient for the development of isolated strong to severe thunderstorms. Damaging winds will be the primary hazard, but large hail cannot be ruled out. 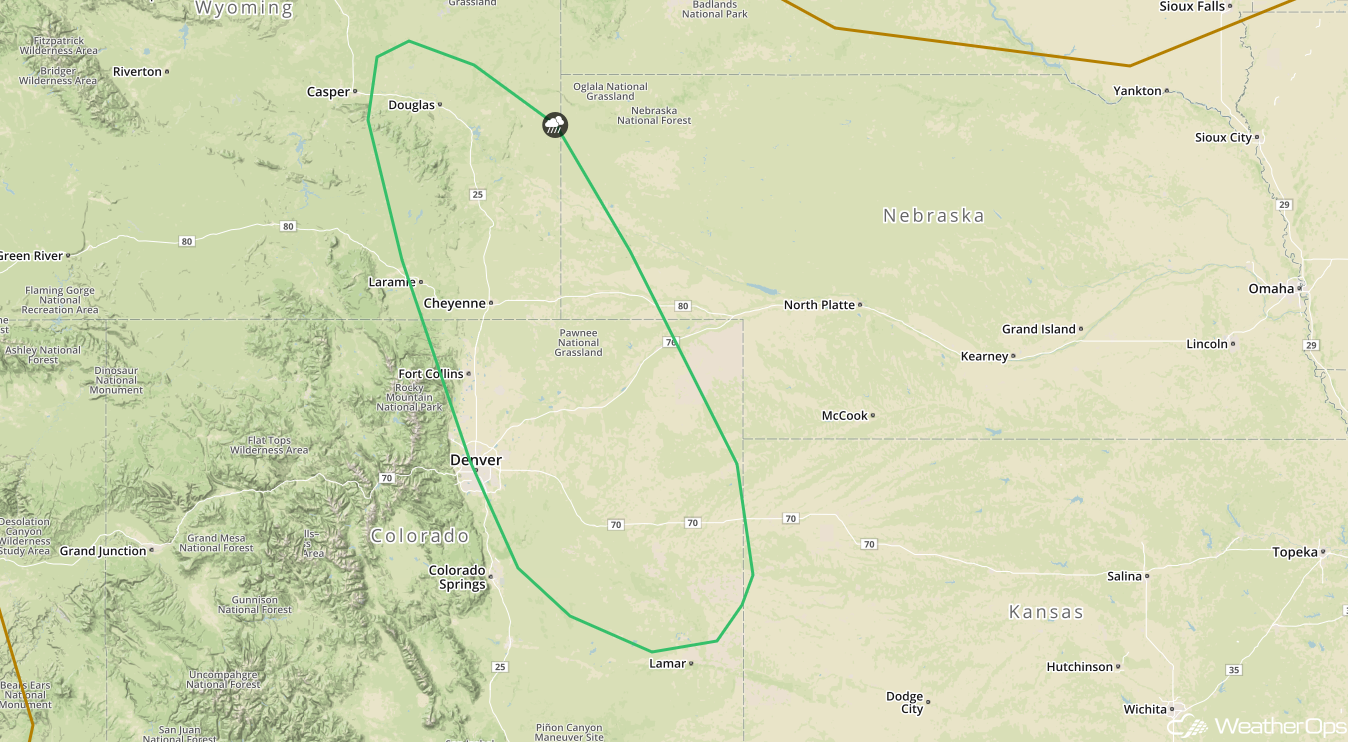