Thunderstorms may develop across portions of the Southeast on Tuesday ahead of a cold front. Snow is expected for portions of Oregon and Northern California as an area of low pressure approaches the region. A strong upper level disturbance may bring heavy snow to portions of the Northern Rockies. Excessive rainfall is forecast for portions of Northeast Texas and Southeast as a warm front moves northward. 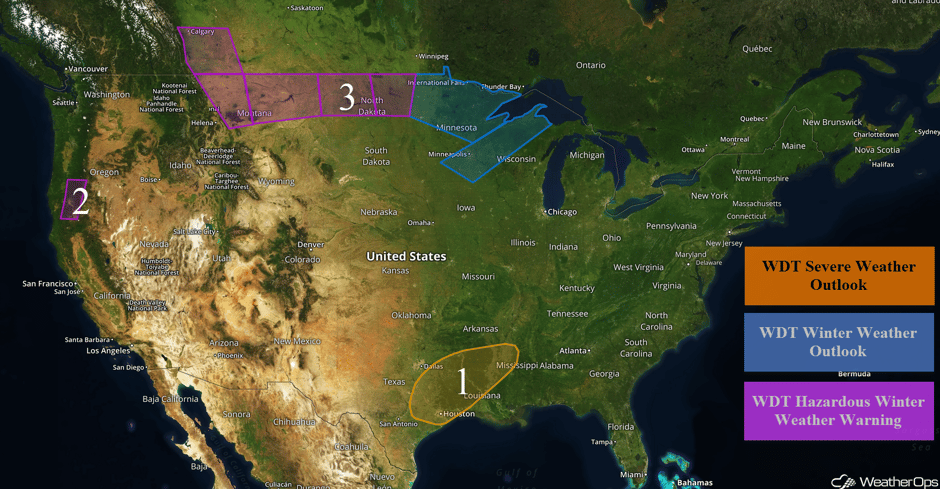 Thunderstorms from East Texas into the Lower Mississippi Valley Tuesday
There will be a threat for strong to severe thunderstorms from portions of East Texas into the Lower Mississippi Valley on Tuesday. Ongoing showers and thunderstorms across Texas will continue northward during the day as an area of low pressure develops over central Texas. Warm, moist air will move into the region by the afternoon with thunderstorms developing along the fronts associated with this area of low pressure. This activity will continue into the overnight hours while shifting north and east. Damaging winds and isolated tornadoes will be the primary hazards with these storms.

Snow Tuesday for Portions of Northern California and Oregon
Cold air will filter into the region as an area of low pressure moves across the Pacific Northwest. A cold front will move through the area Tuesday afternoon, with rain developing ahead of the associated front. This rain will transition to snow late Tuesday afternoon and evening with all snow in the valleys during the overnight hours Tuesday into Wednesday morning. Snow accumulations of 1-3 inches are forecast in the valleys. In the higher elevations, 5-8 inches with locally heavier amounts in excess of 12 inches are expected.

Excessive Rainfall Tuesday from Northeast Texas into the Southern States
An area of low pressure and warm front will track eastward from Texas into western Tennessee on Tuesday. Ample moisture is being pumped into the region which will cause showers and thunderstorms to increase across the region. With activity moving little during the day, rainfall amounts of 1-3 inches with locally higher amounts in excess of 4 inches are expected. This will lead to a risk for widespread flash flooding and excessive runoff. 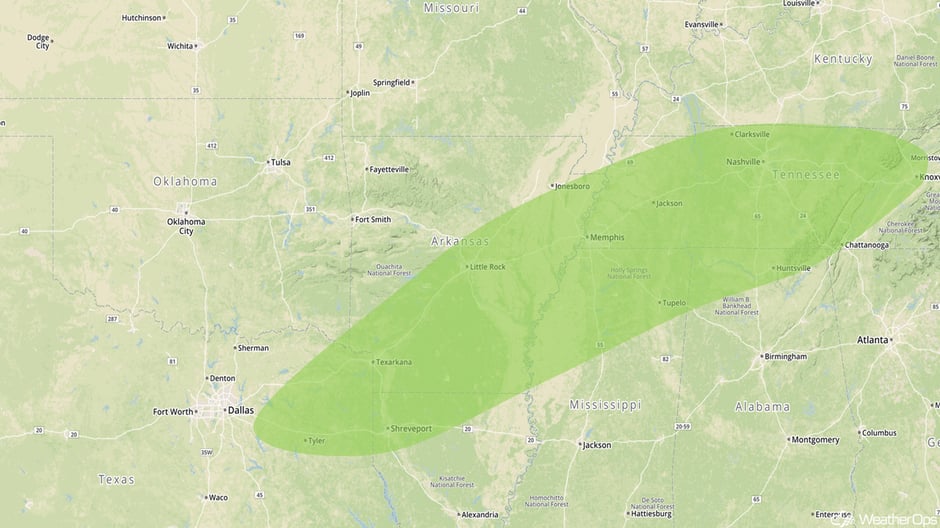 Potential for Excessive Rainfall for the Carolinas on Wednesday
Ample moisture will spread across the Deep South and Southeast as an area of low pressure and associated warm front across the Tennessee River Valley continues to move eastward throughout the day. Moderate to heavy rainfall is forecast across the Carolinas on Wednesday. Rainfall totals of 1-2 inches with locally higher amounts in excess of 3 inches are expected, resulting in flash flooding and runoff. 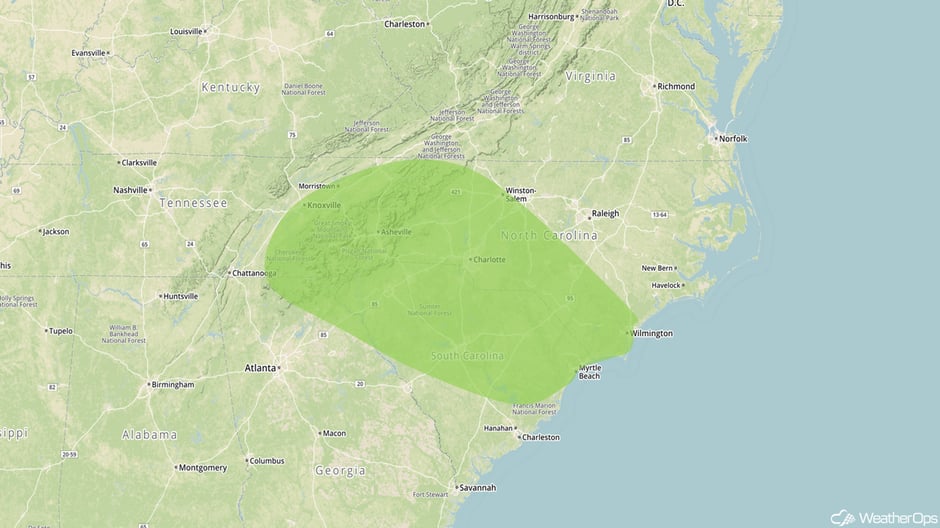 Thunderstorms Wednesday for the Southeast
The area of low pressure and cold front described above will track eastward on Wednesday. Ahead of the cold front, ample moisture and strong wind shear will be in place. With ongoing thunderstorm activity tracking eastward, additional activity and intensification of ongoing activity is expected. Some of this activity may become strong to severe with damaging winds and isolated tornadoes the primary hazards,

Potential for Snow Across the Great Lakes on Thursday
A potent upper level trough will continue to move eastward from the Rockies into the Plains Thursday into Friday. The associated surface low will track northeastward from the Front Range to the southern Great Lakes. A warm front will also track northeastward during the day from the Southern Plains to the southern Great Lakes. Several inches of snow are expected across the Great Lakes Thursday afternoon into Friday as moderate to heavy snowfall increases across the region.

A Look Ahead
Snow will develop across the Northeast on Friday as an area of low pressure tracks into Quebec. Several inches of snow are forecast for portions of Maine, Vermont, and New Hampshire with some light ice accumulation possible. Further south, heavy to excessive rainfall is expected across the Tennessee Valley. Rainfall amounts of 2-4 inches with locally higher amounts in excess of 5 inches are forecast, resulting in a threat for flash flooding and runoff.