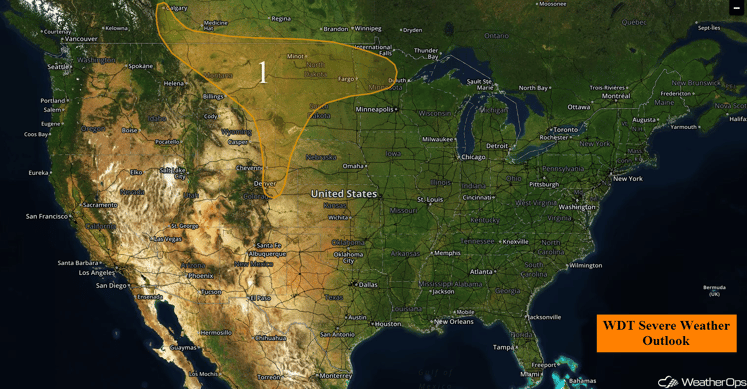 An area of low pressure over the Northern Rockies will maintain a strong southwesterly jet stream over the Northern High Plains with the potential for one or two troughs to pass through Region 1 this afternoon and evening. Showers and thunderstorms will be possible, with a few becoming severe. Instability will support thunderstorms capable of large hail, damaging winds, and an isolated tornado or two. Isolated to scattered activity is expected to develop across portions of Alberta and Montana with storm coverage expanding eastward into the Dakotas. Additional development is forecast across North Dakota during the evening hours with a risk for damaging winds. This activity may push into much of northern Minnesota by Wednesday morning. Further south, a few storms will be possible before dark across the Front Range with isolated large hail and winds. 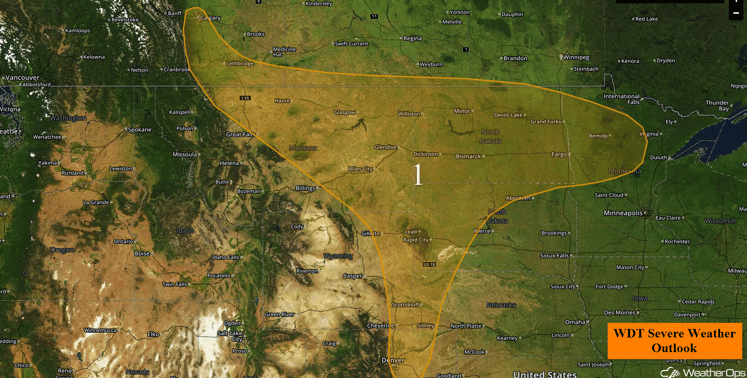 Deep tropical moisture will interact with a weak upper level trough digging into the region on Tuesday. Widespread rainfall amounts will likely remain near an inch, but locally higher amounts in excess of 2 inches will be possible. 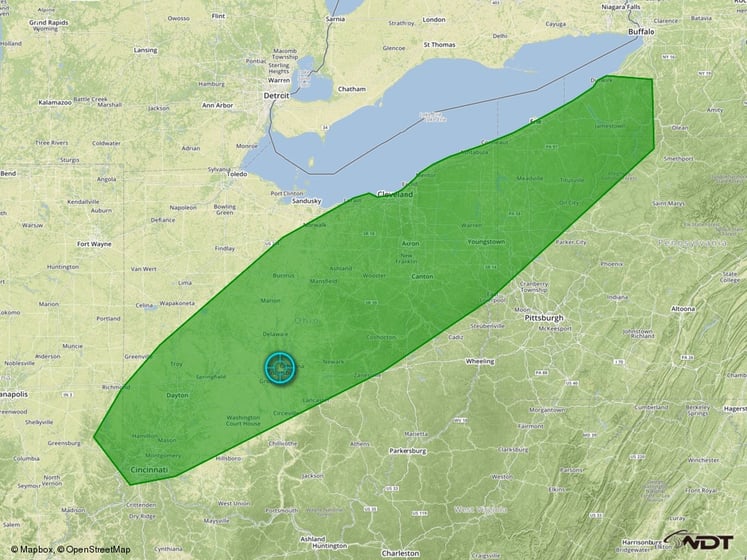 Very rich moisture remains in place across the Southeast. Thunderstorms continuing today will tap into this rich moisture. Combined with weak upper level winds, these slow moving thunderstorms will be capable of producing very heavy rainfall that could lead to flash flooding. The focus of the heaviest thunderstorms will likely be across the Florida Panhandle, the Florida Big Bend, and southwards to the Tampa Bay area. Rainfall accumulations of 1-2 inches with locally higher amounts in excess of 3 inches will be possible. 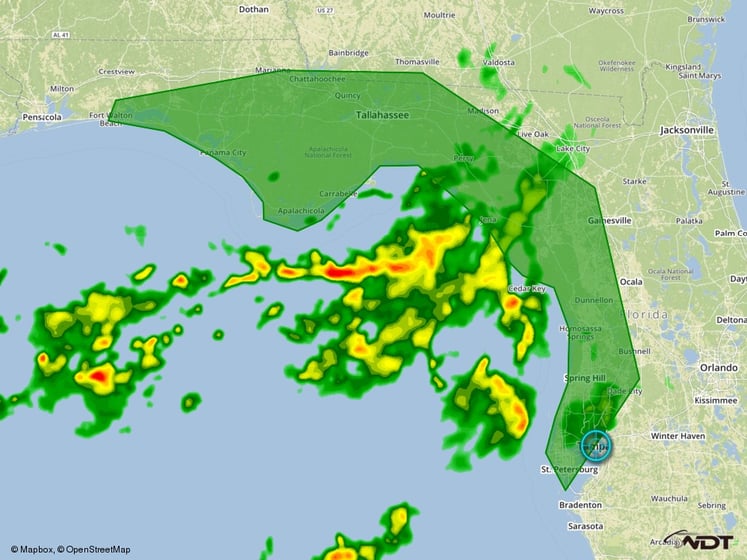 Excessive Rainfall Possible for Portions of Arizona Tuesday and Wednesday

Monsoonal moisture will continue to flow into the Desert Southwest on Tuesday. Thunderstorms that develop during the afternoon and evening in response to strong daytime heating will tap into this rich, tropical moisture. This will allow for thunderstorms to produce heavy downpours. While the heavy rains should remain localized, 1-2 inches of rain will be possible in some areas, which could lead to flash flooding. Heavy rain will continue into Wednesday; additional accumulations around 0.50 inches and locally heavier amounts in excess of one inch will be possible. 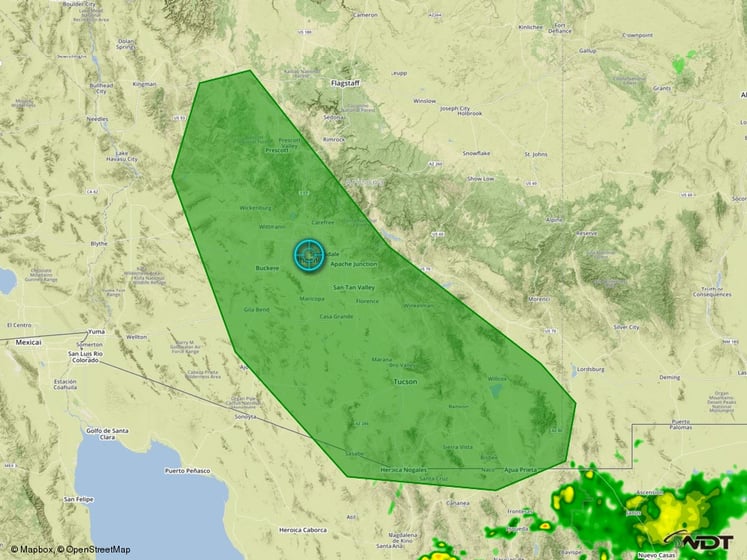 Thunderstorms will form near and ahead of a developing area of low pressure over the Northern Plains on Wednesday. Strong instability in place across the region will allow for some thunderstorms to become severe. Thunderstorms will begin initially as supercells over the Dakotas with large hail and perhaps a few tornadoes expected to be the main threats. Thunderstorms should quickly merge into a squall line as they push east into Minnesota and eventually western Wisconsin. The threat will transition to primarily damaging winds during the evening hours. In addition to this severe weather threat, heavy rainfall will be possible. Widespread rainfall accumulations of 2-4 inches will be likely with higher amounts in excess of 6 inches possible in some locations.

Excessive Rainfall Possible for Portions of the Gulf Coast on Wednesday

A weak area of low pressure will drift westward on Wednesday. This will shift the heavy rainfall threat into southeastern Louisiana, coastal portions of Alabama and Mississippi, and the western Florida Panhandle. Widespread rainfall accumulations of around two inches will be likely, with locally higher amounts in excess of four inches possible in some locations. 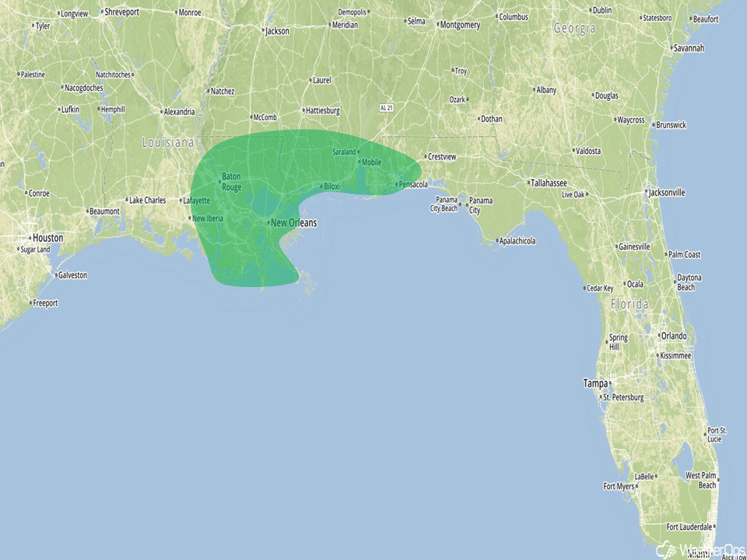 The threat for severe weather will shift slowly to the south and east as a surface low continues across the Great Plains. Thunderstorms are expected to be ongoing during the early morning hours, but will likely weaken by late afternoon. Additional thunderstorm development is expected during the afternoon. Conditions will be favorable for some of these thunderstorms to become severe, with damaging winds the main hazard. In addition to the severe weather threat, locally heavy rainfall accumulations in excess of 2 inches will be possible in some locations.

Excessive Rainfall Possible for Portions of the Gulf Coast on Thursday

The excessive rainfall threat along the Gulf Coast will shift north and west as a weak area of low pressure continues to meander along the coast. Widespread rainfall accumulations of around two inches can be expected across southeastern Louisiana, southern Mississippi, and southwestern Alabama on Thursday. This second day of heavy rainfall could lead to flooding concerns. 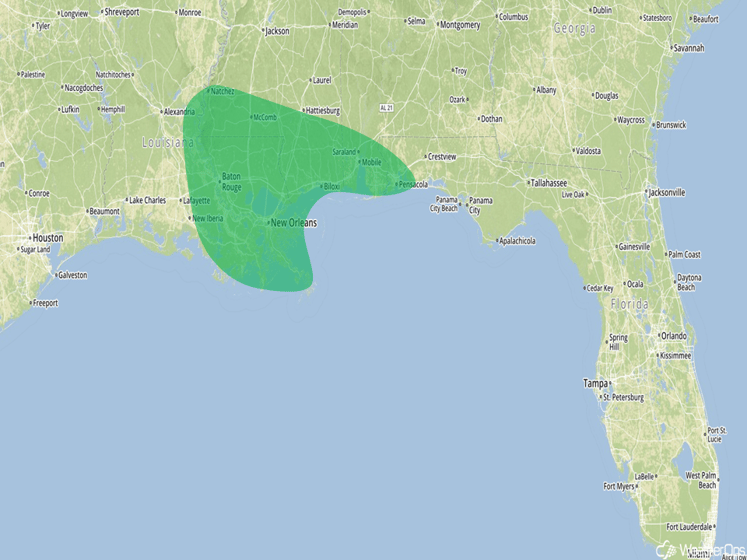