A warm front moving northward across the Plains will be the focus for the development of thunderstorms on Tuesday. Snow will continue across portions of the Northern High Plains Tuesday as an area of low pressure moves eastward.

Thunderstorms Possible from Southern Plains into Missouri Valley Tuesday
Isolated to scattered thunderstorms are expected to develop along a cold front moving across Region 1. As storms develop, they are expected to become linear. Large hail and gusty winds will be the primary hazards with these storms by late afternoon and evening. 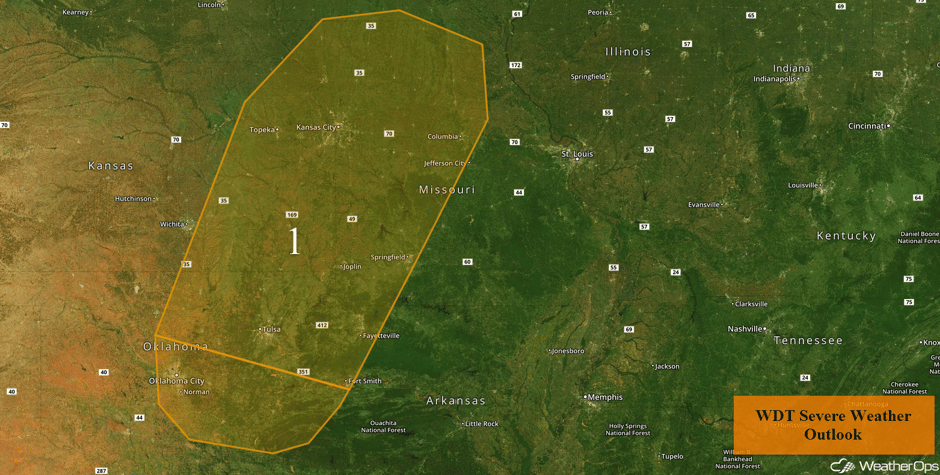 Snow Expected Tuesday for the Northern High Plains
Snow will continue across Region 2 as an area of low pressure tracks eastward across the Northern Plains. Snow accumulations of 3-6 inches with isolated amounts in excess of 8 inches are expected. In addition, winds will range 10-20 mph with gusts in excess of 25 mph.

If you're traveling west on I-90, the northern hills is a winter wonderland. This is the Sturgis DOT cam #sdwx pic.twitter.com/pgQX6E0IoL

30° and lightly snowing in Rapid City. 2" on the grass, zero on the pavement. Catch me live at noon on KOTA news #KOTAweather #SDwx pic.twitter.com/XK2ZJsTBmW 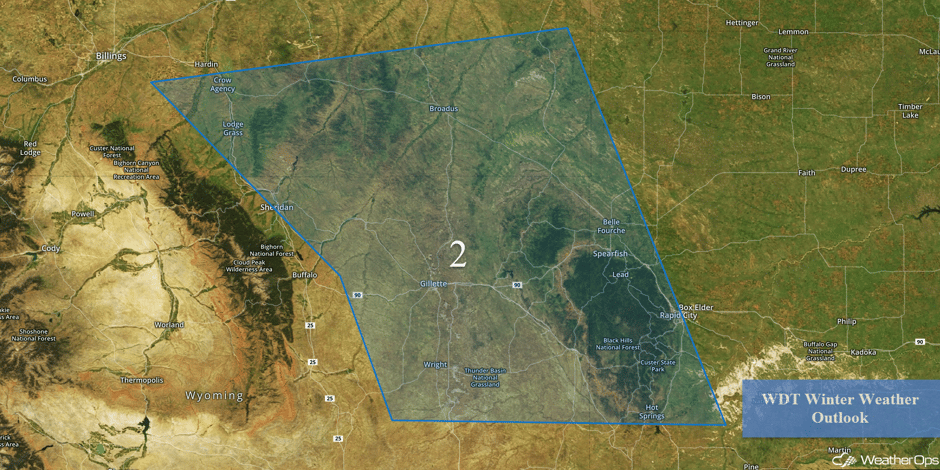 Potential for Thunderstorms from Upper Mississippi Valley into East Texas on Wednesday
The threat for severe weather will shift into the Mississippi River Valley Wednesday afternoon and evening. An intensifying area of low pressure will push a cold front into the region during the day with scattered thunderstorm development expected during the afternoon hours. Large hail, damaging winds, and isolated tornadoes will all be possible. Going into the early evening, storms will become more linear as they approach the Mississippi River. Damaging winds will be the primary hazard before the storms diminish by late evening. 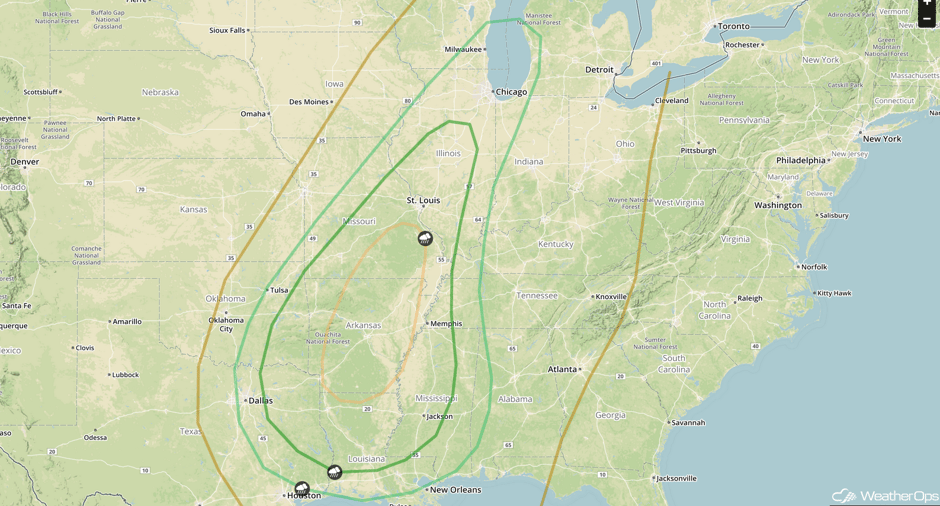 Thunderstorms for the Southeast on Thursday
An area of low pressure will continue to track through the Great Lakes region on Thursday with the attendant cold front moving through the Southeast during the day. Scattered showers and thunderstorms are expected to develop during the afternoon hours. Any storms that become severe will have the potential for large hail and damaging winds. The thunderstorm activity will quickly diminish during the evening hours. 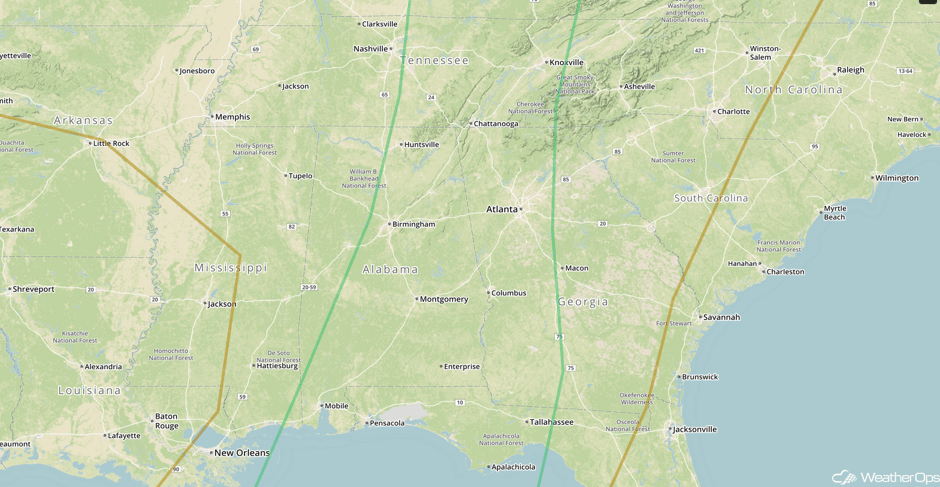 A Look Ahead
There is potential for a high-end severe weather day on Friday across positions of the Southern Plains into the Mississippi Valley. Model guidance has been relatively consistent in for a surface low over the Southern Plains during the day, with warm and unstable air surging northward into the threat region by the afternoon hours. Thunderstorms will begin to form during the late afternoon hours, with the greatest threat for tornadoes, very large hail, and damaging winds being over southeastern Oklahoma into the Red River Valley. This will be a complicated set up and the forecast will likely change over the coming days as the position of the surface features will play a pivotal role of the significant severe weather placement. Interests across the region should follow the forecast closely.