Excessive Rainfall for Arkansas through Saturday
The remnants of Tropical Depression Gordon, along with a stalled front over the region, will lead to a risk of excessive rainfall over Arkansas. Rainfall amounts of 4-6 inches with locally higher amounts in excess of 8 inches are expected. As a result, there will be a potential for flooding and flash flooding. 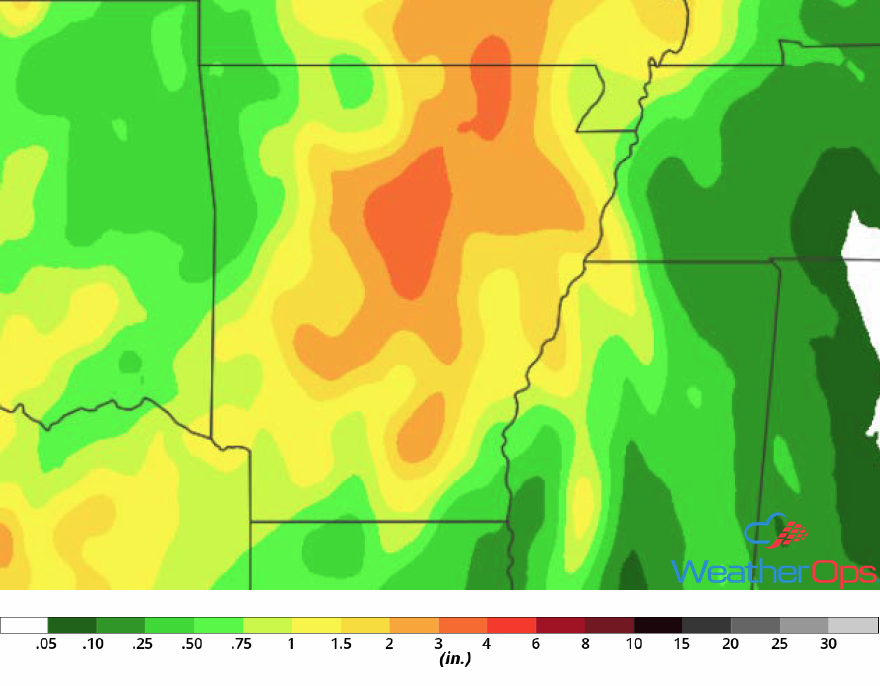 Excessive Rainfall for Texas through Saturday
Rich tropical moisture is forecast to remain across the region as southeasterly to east-southeasterly winds continue to bring moisture northward. With daytime heating and a stalled front, there will be a risk for heavy to excessive rainfall leading to flash flooding into the weekend. Three day rainfall accumulations of 2-4 inches with locally higher amounts in excess of 6 inches are forecast. 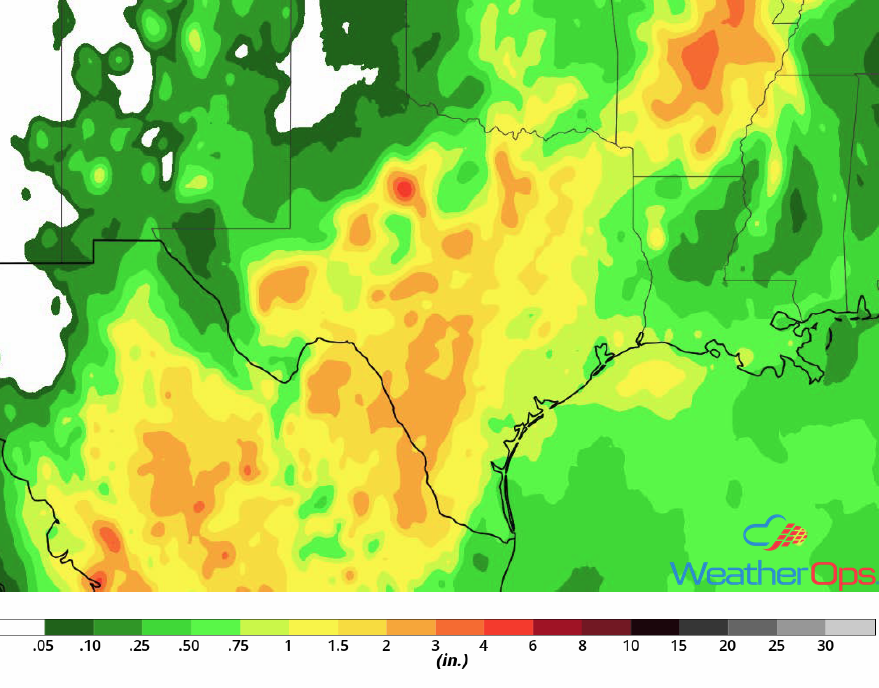 Thunderstorms Thursday across the Northeast
A slow moving cold front is forecast to progress eastward throughout the day, Ahead of the front, plentiful moisture and daytime heating will allow instability to build. As the cold front continues to move eastward, strong to severe thunderstorms may develop along the front. Strong to damaging winds will be the primary hazard with these storms. 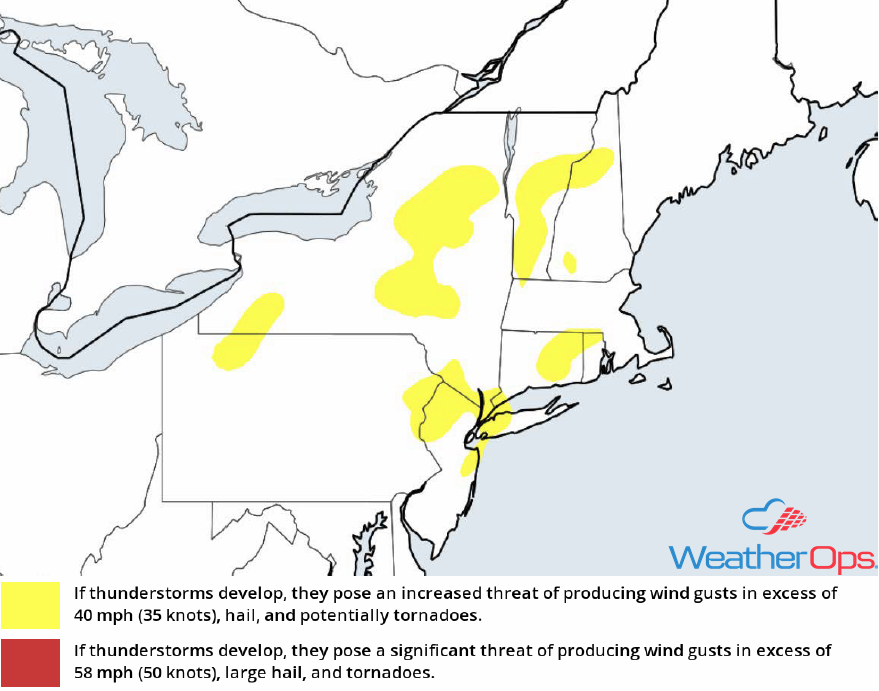 Risk for Excessive Rainfall for the Northeast on Thursday
In addition to the thunderstorm risk described above, there will be a potential for excessive rainfall. Rainfall amounts of 0.25-0.75 inch with locally higher amounts in excess of 1.25 inches are expected. 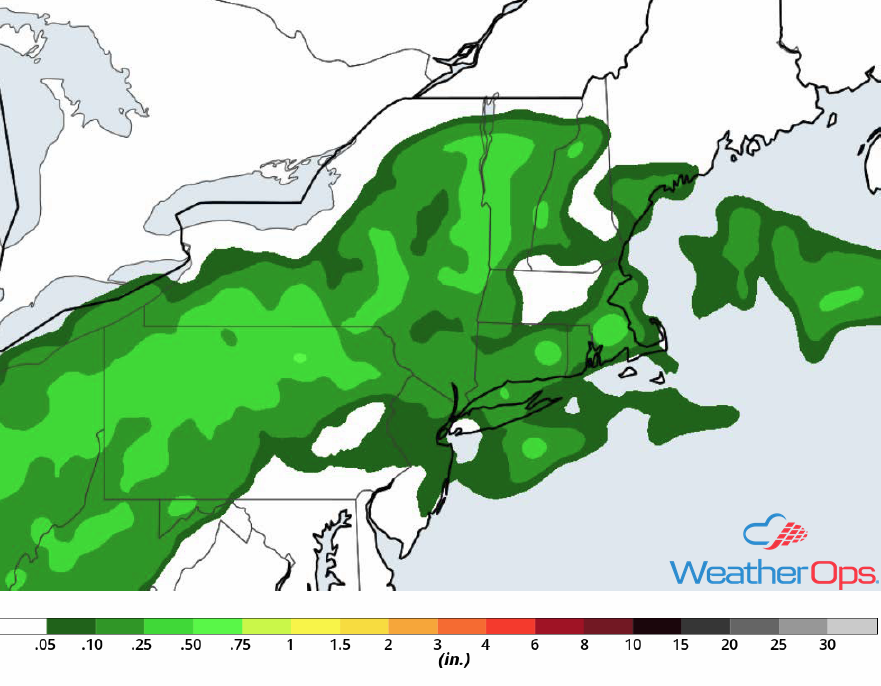 Potential for Thunderstorms Thursday across North Dakota
Moisture will increase across the region as southerly winds persist throughout the day ahead of a cold front. With warming temperatures and increasing moisture, instability will build. This will lead to the development of widely scattered thunderstorms. Strong winds and large hail will be the primary hazards with these storms. 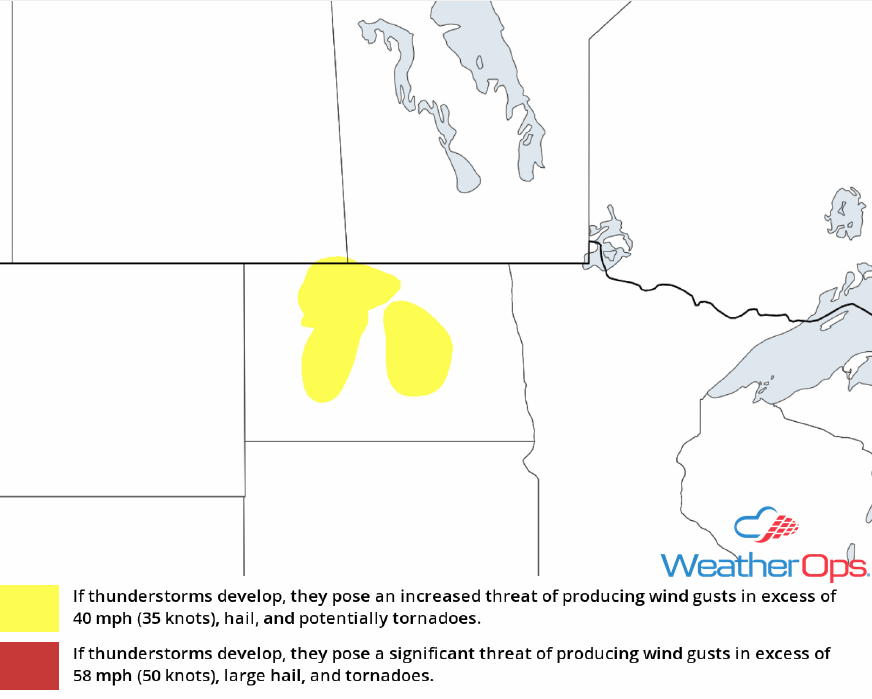 Thunderstorms for the Northern High Plains on Saturday
An upper level trough is forecast to track to the east over the Rockies throughout the day on Saturday with a lee trough developing in the Northern High Plains. With warm temperatures and moisture in the region, instability is expected to build. Upper level support provided by the trough will allow the development of strong to severe thunderstorms during the late afternoon and evening. Strong winds and large hail will be the primary hazards with these storms.

Tropical Update
Hurricane Florence (green oval) is 1115 miles east-southeast of Bermuda and is moving northwestward at 10 mph. A turn toward the west-northwest and a decrease in forward speed is expected through Saturday. Florence may begin to move faster toward the west-northwest over the western Atlantic early next week. Maximum sustained winds are 105 mph with higher gusts. Additional weakening is expected over the next day or two however, Florence is expected to remain a hurricane and reintensify over the weekend.

A broad area of low pressure (red oval) is several hundred miles west-southwest of the Cabo Verde Islands. Associated shower and thunderstorm activity has not become any better organized since yesterday and there is no well defined center. However, environmental conditions are expected to be conducive for development. A tropical depression is expected to develop over the next few days while this system moves slowly westward or west-northwestward.

A tropical wave (blue oval) is forecast to move off the west coast of Africa on Friday. Some development of this system is anticipated afterward and a tropical depression could develop over the weekend or early next week. This system will move westward or west-northwestward. 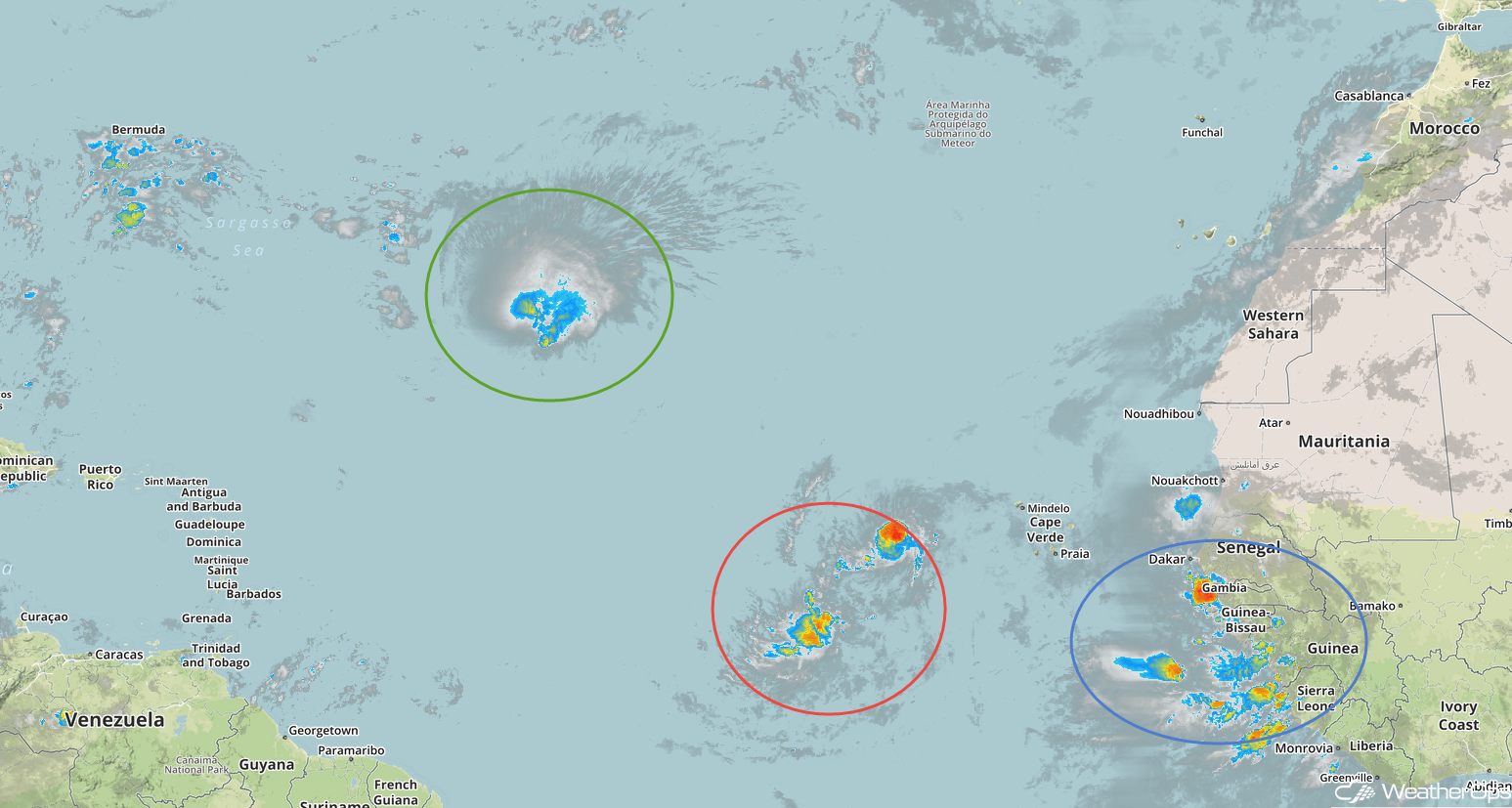