Thunderstorms will continue across the central Gulf of Mexico ahead of a weak front on Thursday. A cold front will be the focus for thunderstorm development across the Southeast. Excessive rainfall is expected from the Southeast into the Northeast as a cold front slowly moves eastward. 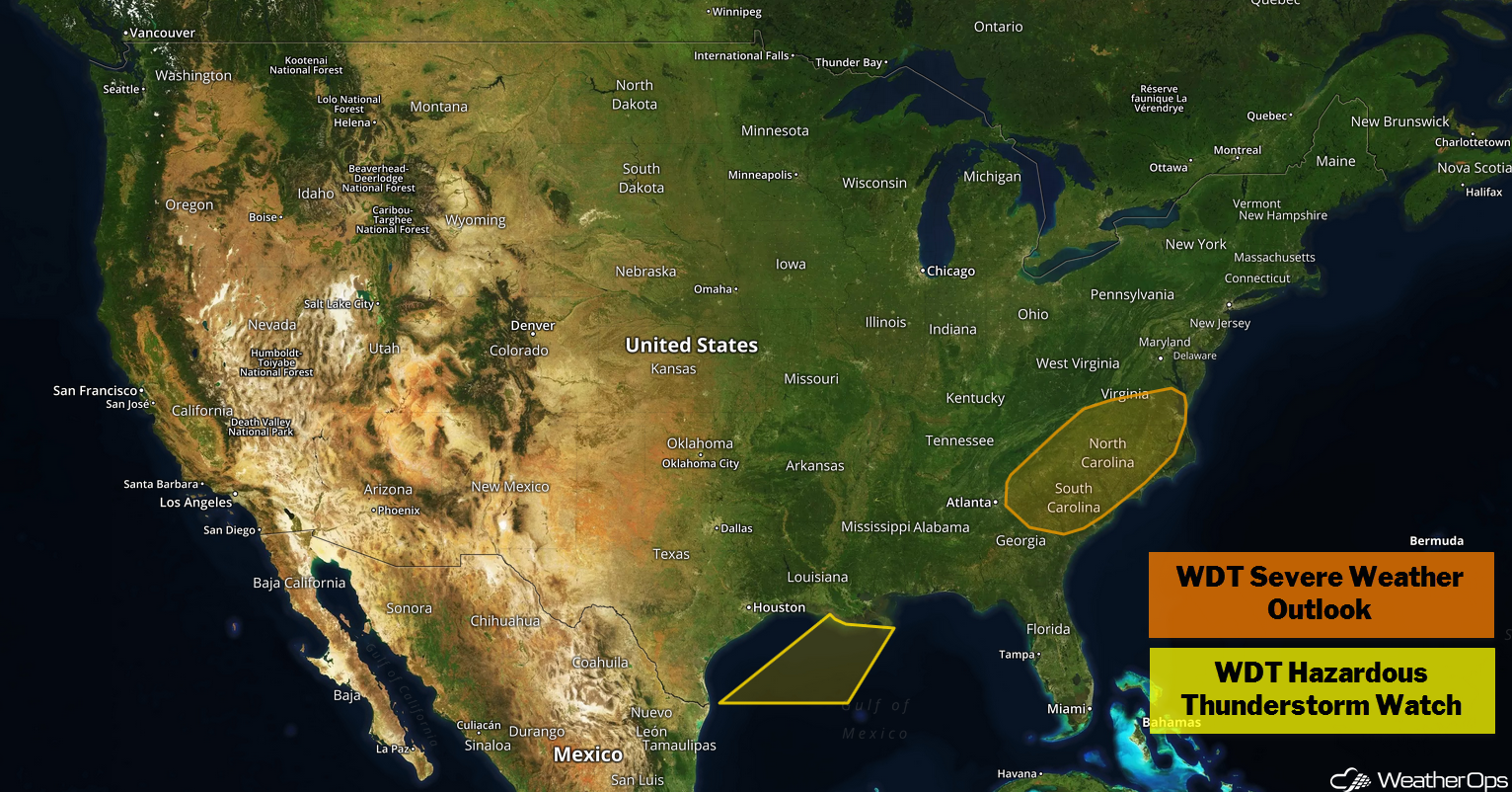 Continued Thunderstorms Thursday for the Central Gulf of Mexico
Ongoing thunderstorm activity will continue to move eastward as a weak cold front moves across the region. Additional thunderstorms may develop throughout the day; some storms may be strong with winds gusts in excess of 40 knots.

Thunderstorms across the Southeast on Thursday
An upper level trough is forecast to track northeastward across the Tennessee River Valley into the Southeast today. At the surface, a weak area of low pressure is forecast to develop along a stalled front and track northeastward. Ahead of this system, warm moist air will be brought northward. Going into the afternoon, instability will build as daytime heating increases. This instability, combined with strong wind shear, will allow for the development of showers and thunderstorms. Some of this development may be strong to severe with damaging winds and isolated tornadoes the primary hazards with the stronger storms. 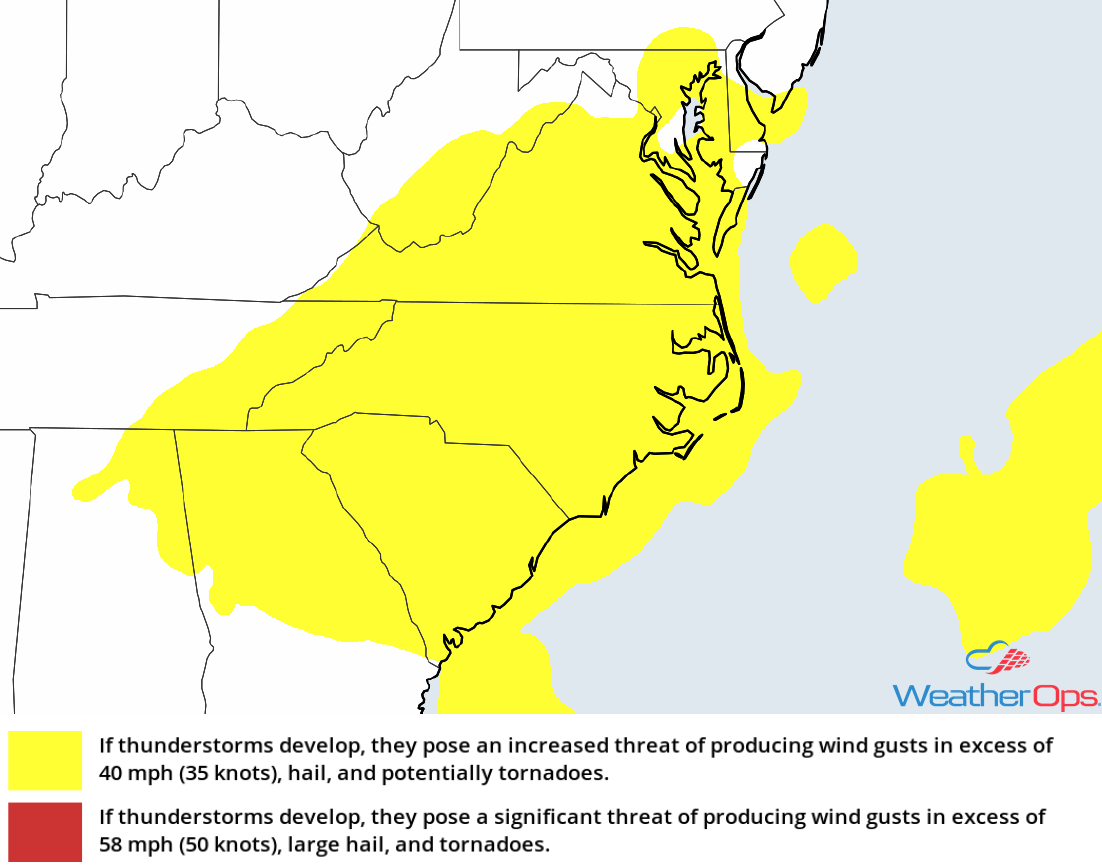 Excessive Rainfall Thursday from the Southeast into the Northeast
The area of low pressure described above will bring a risk for excessive rainfall from the Southeast into the Northeast on Thursday. As moisture is brought northward ahead of the front, showers and thunderstorms are expected to develop. Due to the slow moving nature of the cold front, several rounds of showers and thunderstorms are expected. Rainfall amounts of 1-2 inches with locally higher amounts in excess of 3 inches are forecast, bringing a risk for flash flooding and excessive runoff. 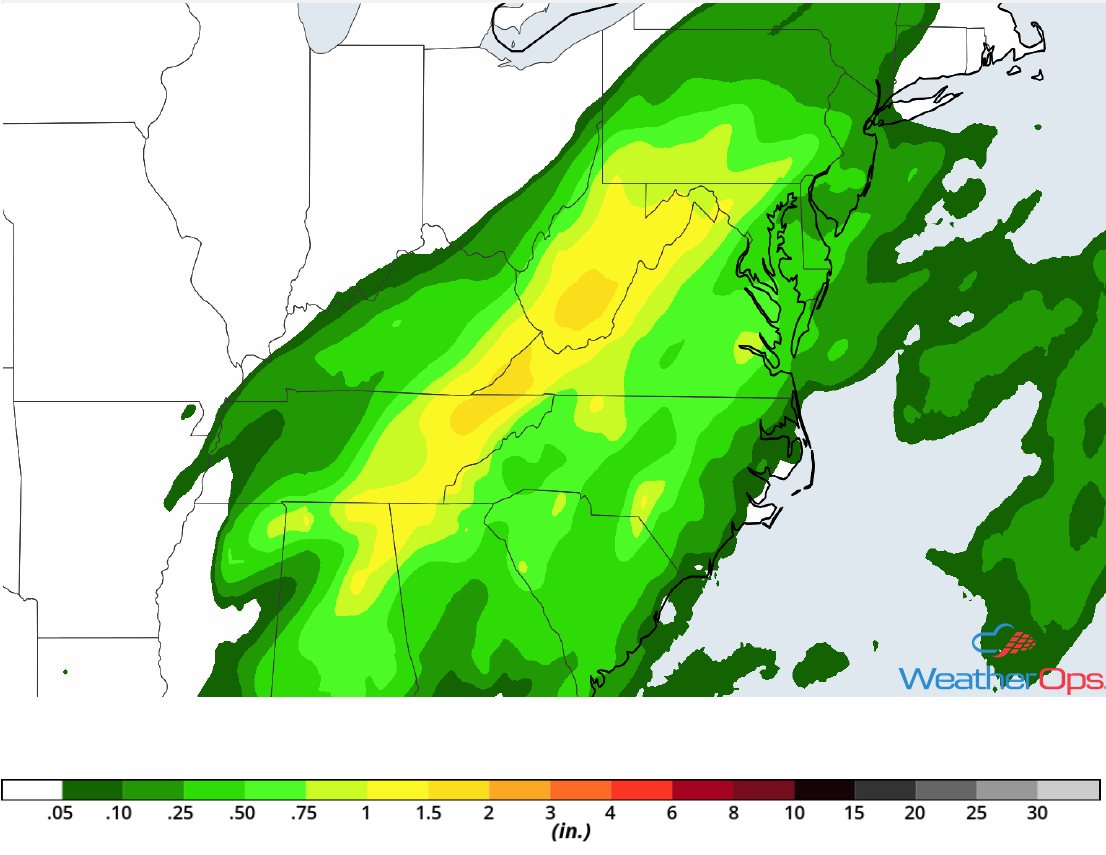 Tropical Update
Tropical Storm Kirk (green oval) is 45 miles north-northeast of Barbados and is moving west-northwestward at 15 mph. This motion is expected to continue over the next few days with a slight decrease in forward speed. Maximum sustained winds are near 50 mph with higher gusts. Gradual weakening is expected over the next few days, but Kirk is expected to move across the Lesser Antilles and the eastern Caribbean Sea as a tropical storm. 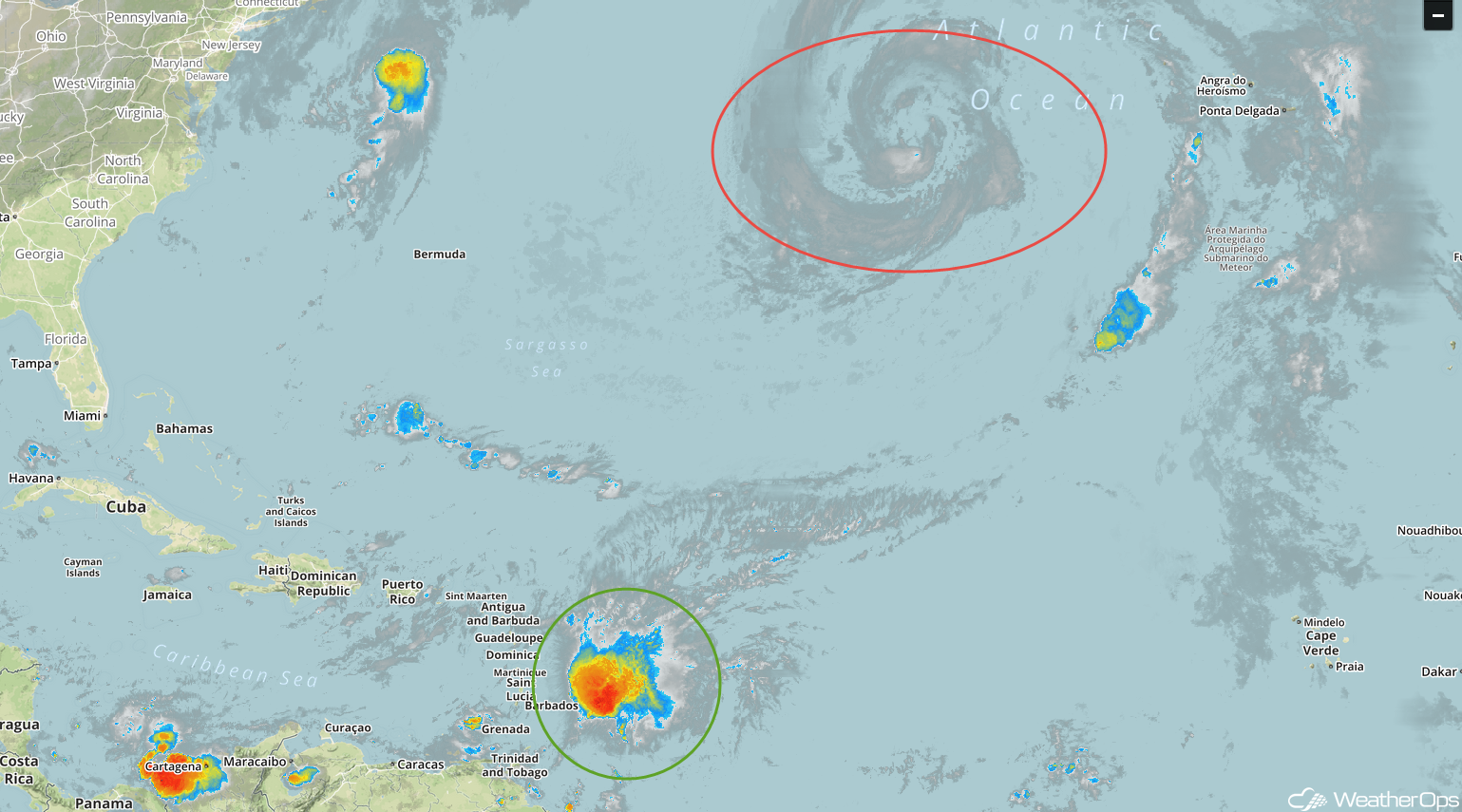 A Look Ahead
Showers and thunderstorms may develop across the Central Plains and Great Lakes on Sunday ahead of a cold front. Additional activity may develop on Monday. By Tuesday, showers and thunderstorms may extend from the Great Lakes into the Mid Mississippi Valley. Across the Southwest, heavy rain is forecast on Tuesday as the remnants of Hurricane Rosa move northward. This activity will move into the Four Corners region and Central Rockies on Wednesday.