A strong upper level trough will be moving over the Region 1 on Thursday; a surface low and associated cold front will be the focus for the development of strong to severe thunderstorms. Storms should begin to develop during the afternoon hours as daytime heating destabilizes the atmosphere. Damaging winds will be the primary hazard, but some hail cannot be ruled out. In addition, heavy rainfall will be possible with some of these storms; 0.50-1 inch with locally higher amounts in excess of 2 inches will be possible.

Update 1:10pm MDT: Severe thunderstorms west of Salt Lake City. Damaging winds in excess of 70 mph will be the primary hazard with these storms. 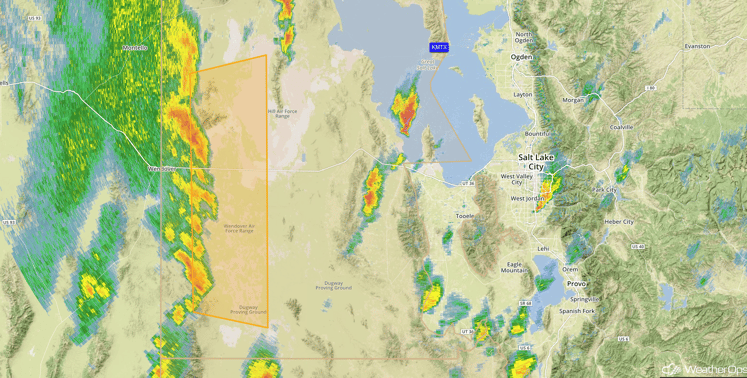 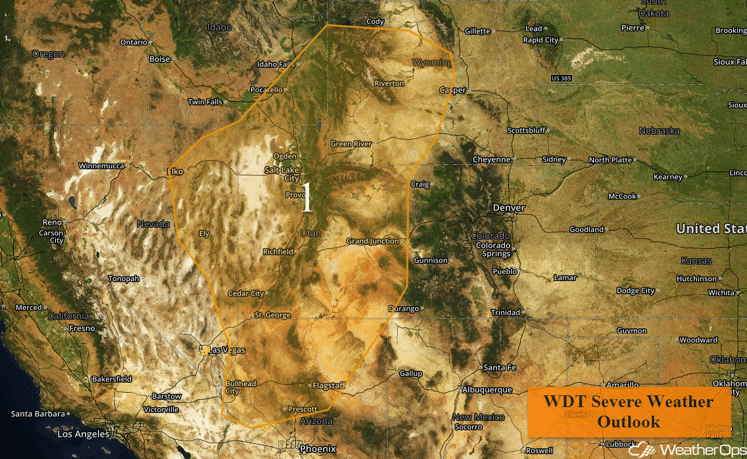 Outflow boundaries from thunderstorm activity overnight has reinforced a frontal boundary over Region 2. Although upper level forcing is weaker than it was on Wednesday, isolated strong to severe thunderstorms are likely along and ahead of the cold front. The primary threats with these storms will be damaging winds, along with some small hail, frequent lightning, and heavy rain.

Strong to Severe Thunderstorms Possible Friday across the High Plains

A developing surface trough in the lee of the Rockies will promote the development of isolated thunderstorms across much of the central and northern High Plains on Friday, during the late afternoon and evening hours moisture increases across the region. Gusty winds and hail will be the primary threat with some of the stronger thunderstorms. 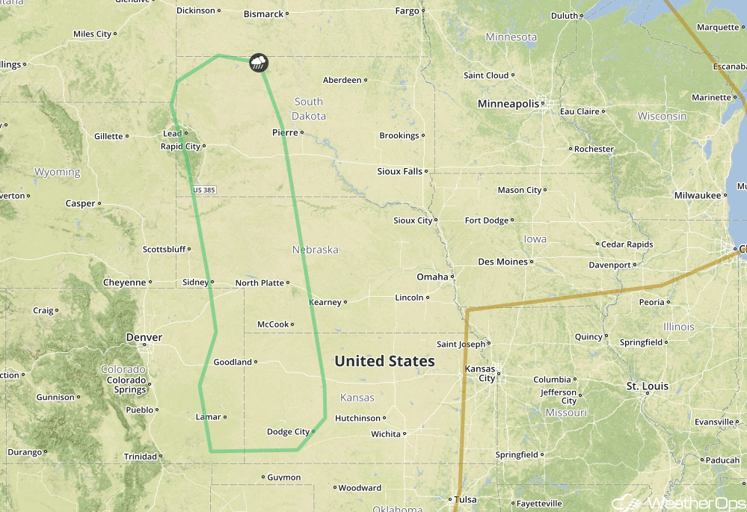 A cold front associated with an intensifying area of low pressure over the Northern US is forecast to move into the Great Plains on Saturday. Thunderstorms are expected to develop along and ahead of a cold front from the Upper Midwest into the Southern Plains. As instability increases, there will likely be at least a marginal threat of strong to severe thunderstorms across the region during the afternoon and evening. The primary hazard will be gusty winds with some of the stronger storms, though hail and perhaps an isolated tornado cannot be ruled out. In addition to the severe weather threat, excessive rainfall amounts of 1-2 inches with locally higher amounts in excess of 3 inches will be possible. 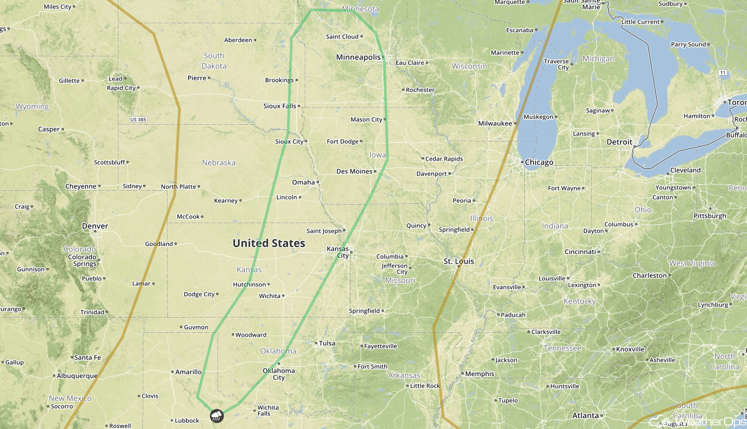 Tropical Storm Lisa (green oval) is continuing to move toward the northwest near 7 mph and this motion is expected to continue through Saturday. Maximum sustained winds are near 50 mph with higher gusts. Weakening is expected over the next day or two and Lisa is expected to become a tropical depression on Saturday.

Tropical Depression Karl (red oval) is moving northwestward at 17 mph. A turn toward the north and a decrease in forward speed is expected on Friday, followed by an increase in forward speed and a turn toward the northeast on Saturday. The center of Karl is expected to pass near or to the east of Bermuda Friday night and Saturday. Maximum sustained winds are near 35 mph with higher gusts. Some strengthening is forecast during the next 48 hours. 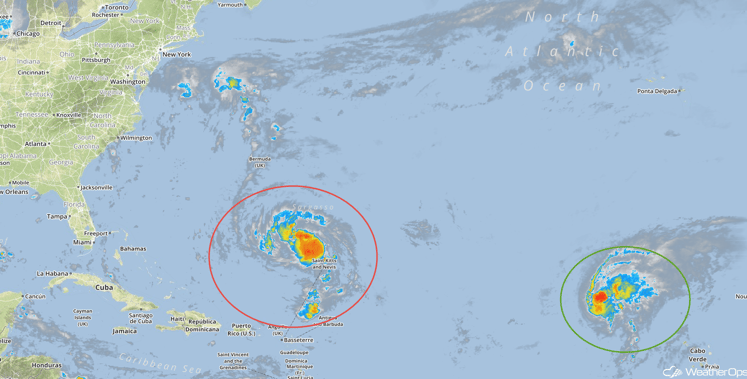 As the cold front across the Plains continues to move eastward, thunderstorms will be possible across the Ozarks on Sunday. Further to the south, plentiful moisture will allow for widespread showers and thunderstorms, as well as excessive rainfall, across portions of Texas on Sunday and into Monday. Two day rainfall totals of 3-6 inches with locally higher amounts in excess of 8 inches, in addition to flooding, will be possible. As the cold front continues to move eastward, heavy rain will span from the Great Lakes to the Lower Mississippi Valley on Tuesday. This rain will move into the Ohio Valley and Southeast on Wednesday.