National Weather Summary for Thursday, May 18, 2017 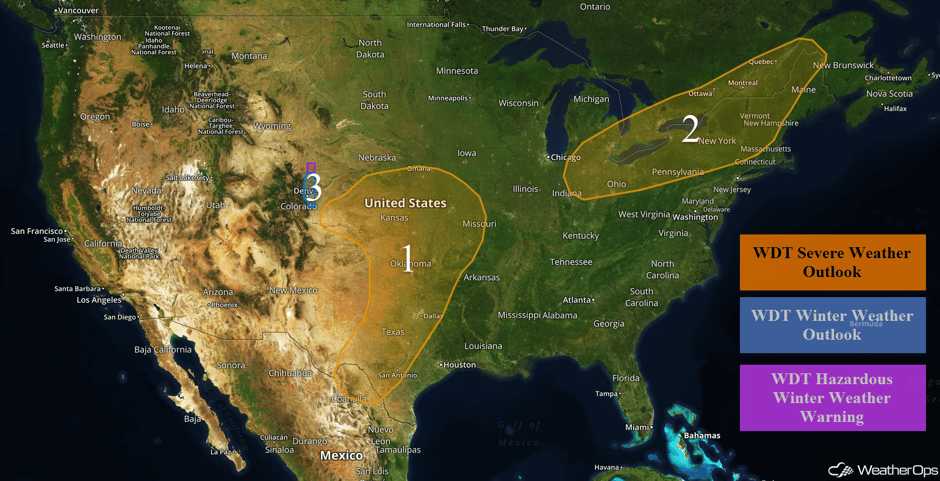 In the early afternoon hours, a dryline will setup from southwest Kansas southward through western Oklahoma into northwest Texas. This dryline will create a boundary for supercells to develop along. Depending on the timing of initiation, these supercells will pose a threat for all severe weather hazards with the tornado outbreak threat being the highest over northwestern Oklahoma and south central Kansas. Very large hail will also be a major threat with these storms. It should be noted that there is still some uncertainty in the timing and areal coverage of the severe storms across Oklahoma today, and all interests in the area should closely monitor weather conditions into tonight.

By the evening hours, these storms will continue off to the northeast and will likely evolve into one or more line segments. Although all threats are still possible going into the evening hours, severe wind and hail will be the greatest threats.

Further south in Texas, scattered thunderstorms will be likely with the biggest threat being large hail and strong to severe wind. 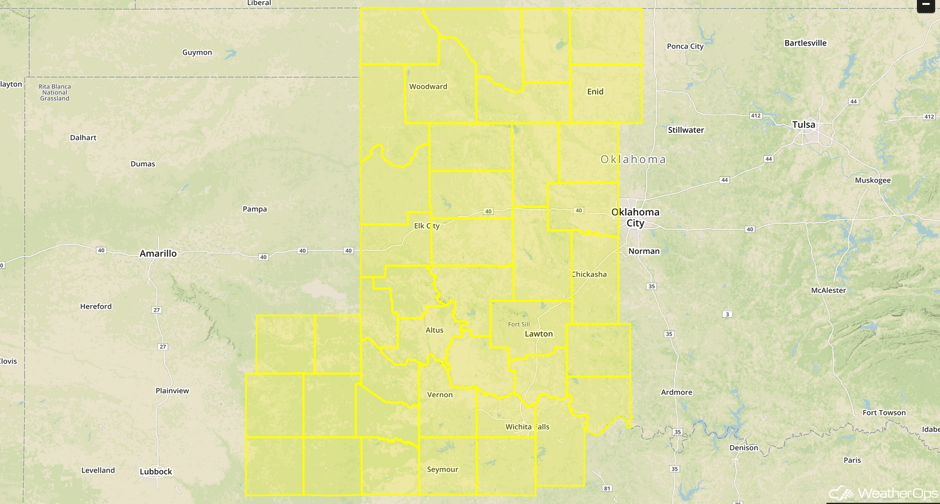 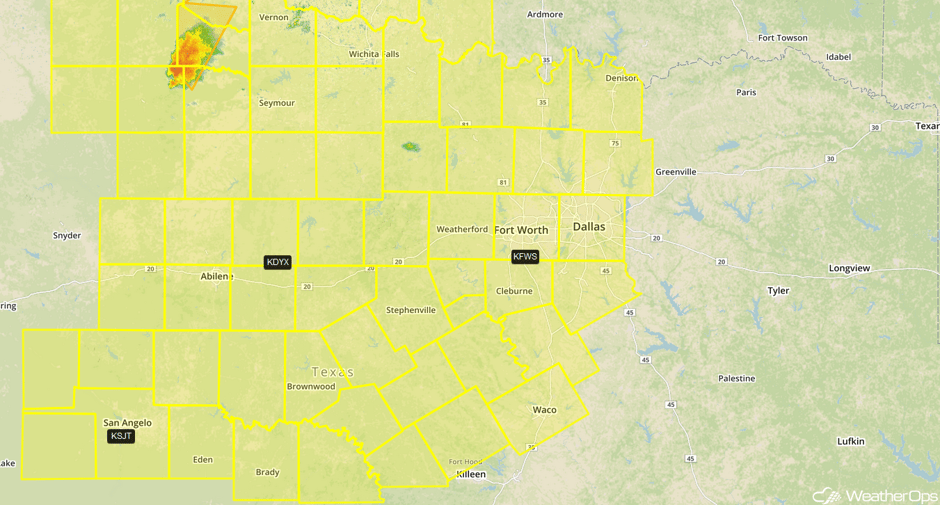 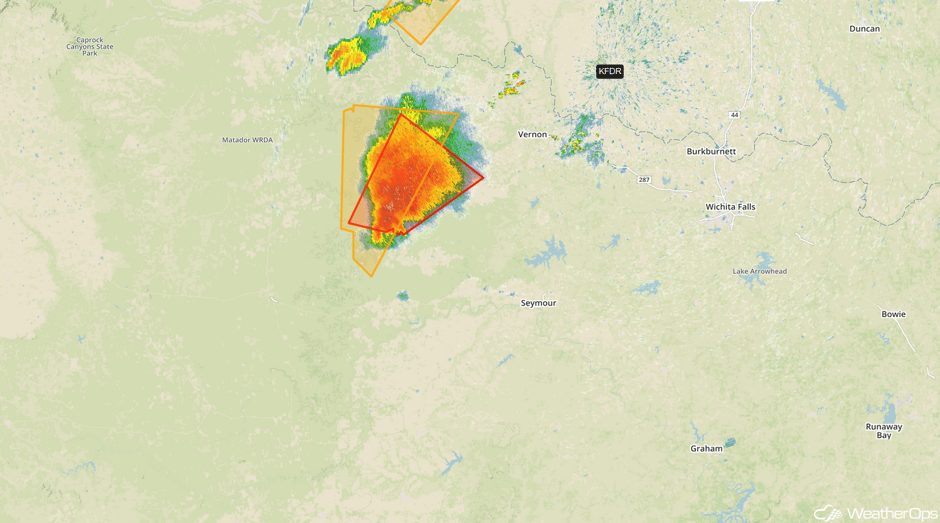 Update 3:11pm CDT: Tornado Watch until 10pm for portions of Kansas and Missouri. 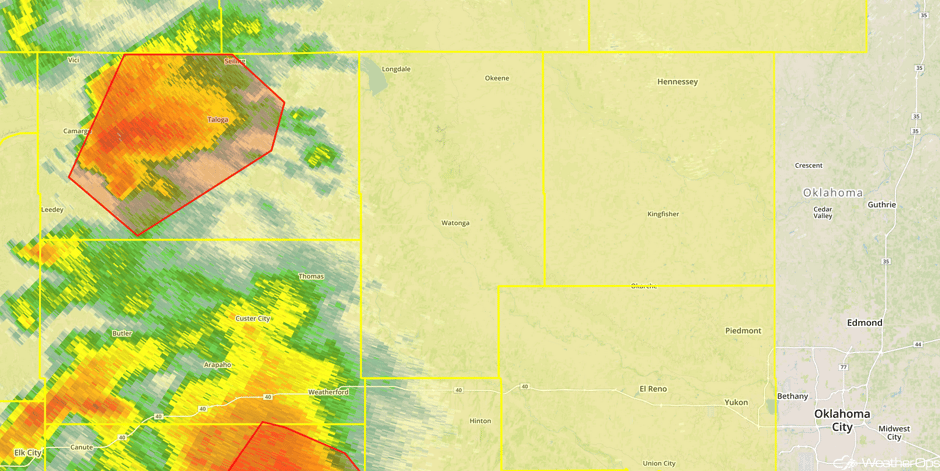 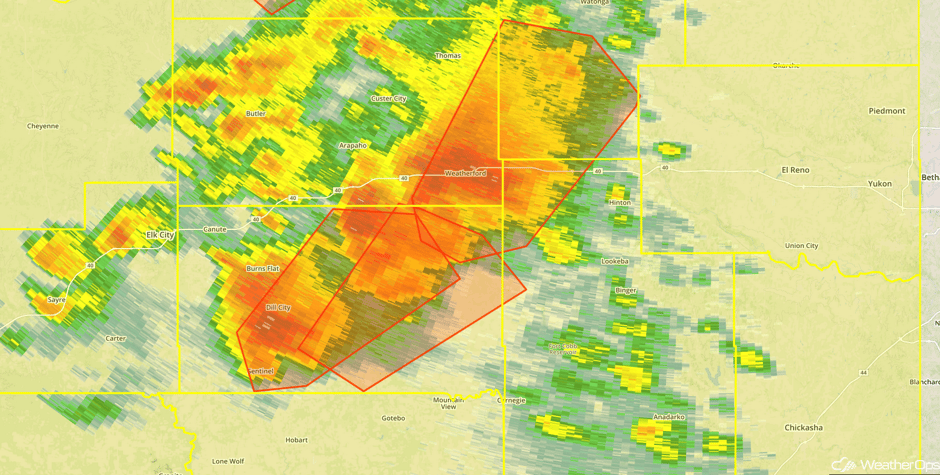 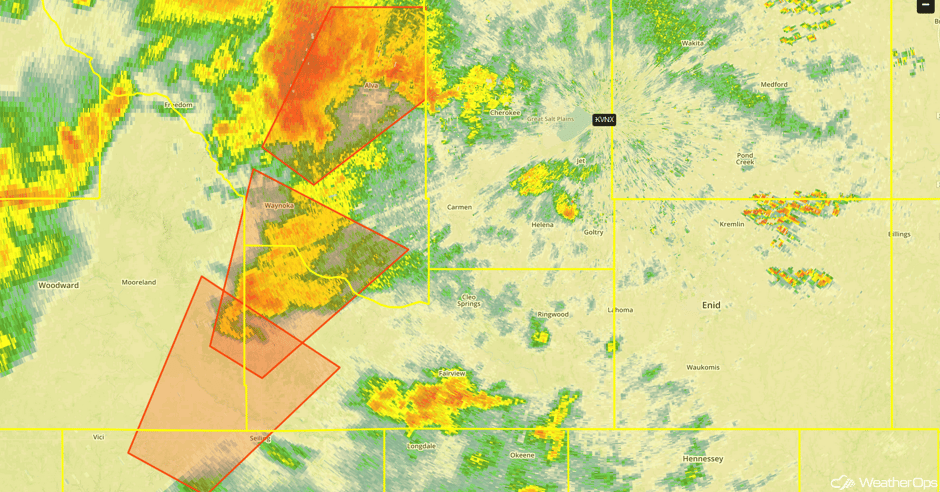 Thunderstorm Potential for the Great Lakes and Northeast on Thursday
There is a potential for severe weather across portions of the northeast United States. Later this afternoon, a line of showers and thunderstorms will develop out ahead of a cold front and move southeastward into the evening hours. The primary concern will be strong to severe wind gusts and perhaps some large hail. 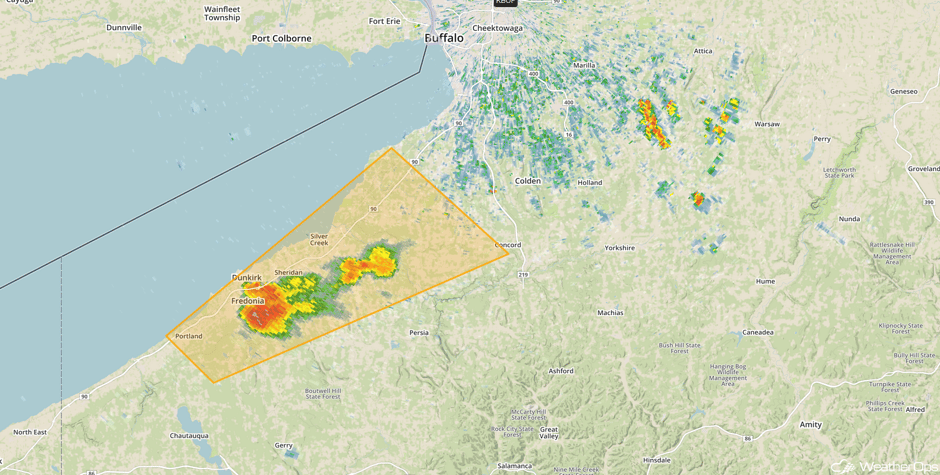 Late Season Snow for Portions of the Rockies Thursday and Friday
A strong storm system will bring chances of spring snowfall to Denver and the surrounding High Plains areas. Rain will be ongoing for much of the day on Thursday before a cold front pushes through the outlook area Thursday afternoon/evening. Rain may transition to snow during Thursday evening and persist into Friday afternoon as heavy, wet snow. The confidence is currently low regarding precipitation type and when the transition could occur due to the fact the temperature is expected to be very near 32 degrees for much of the event. If the surface can stay cold enough, there will be potential for around 2-4 inches of snow with locally higher amounts across the outlook area before the precipitation tapers off Friday evening. Further north into Wyoming, snow accumulations of 6-10 inches with locally higher amounts in excess of 12 inches are forecast. In addition, winds of 20-30 mph with gusts in excess of 35 mph will allow for blowing snow and reduced visibilities.

Severe Thunderstorms Expected from Central and Southern Plains to Central Appalachians on Friday
Much like Thursday, strong to severe thunderstorms are forecast to develop along a nearly stalled front and dry line across portions of the central and southern Plains. Without a recent frontal intrusion deep into the southern US, low level moisture and surface instability will remain high. Likewise, an upper trough responsible for Thursday’s severe weather will still be present across the western Plains. Once again all modes of severe storms, including the risk of a few tornadoes, will exist. However, there is still a large degree of uncertainty regarding the full potential of the severe threat. Much of this uncertainty is dependent upon the evolution of showers and thunderstorms that will unfold Thursday into early Friday morning. These details will become clearer as trends in observations and model data are evaluated over the next 24 hours. In addition to the severe threat, localized flash flooding will be an issue. There are 2-4 inches of rain with isolated totals in excess of 5 inches possible especially from central and eastern Oklahoma northeastward into Kansas and Missouri. 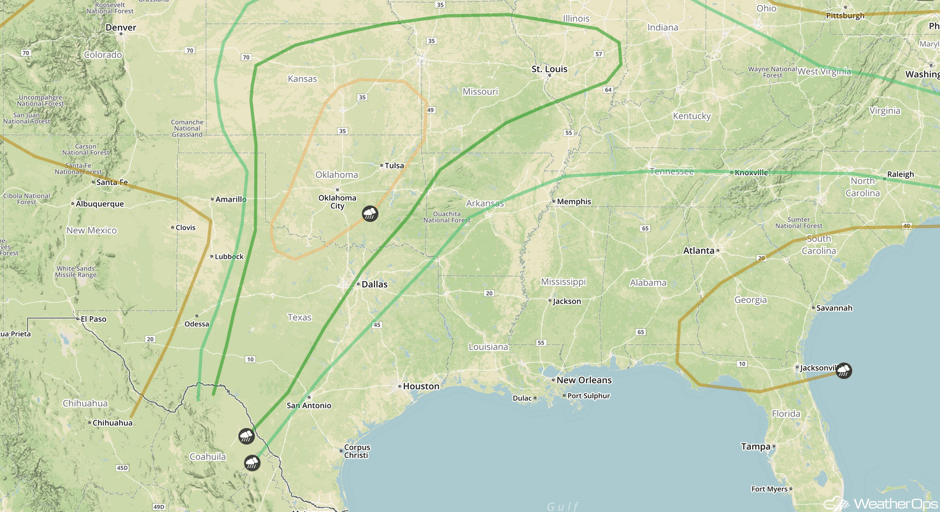 Strong to Severe Thunderstorms Saturday from Mid-Mississippi Valley into Texas
A surface low and trailing cold front responsible for two consecutive days of significant severe weather across the Plains will finally begin to move eastward on Saturday. Directional wind shear and instability may not be quite as robust on Saturday. Nevertheless, a few isolated severe storms will be possible ahead of the front. Damaging winds and large hail will be the primary threats from east Texas northeastward into Illinois. Rainfall may be heavy at times. 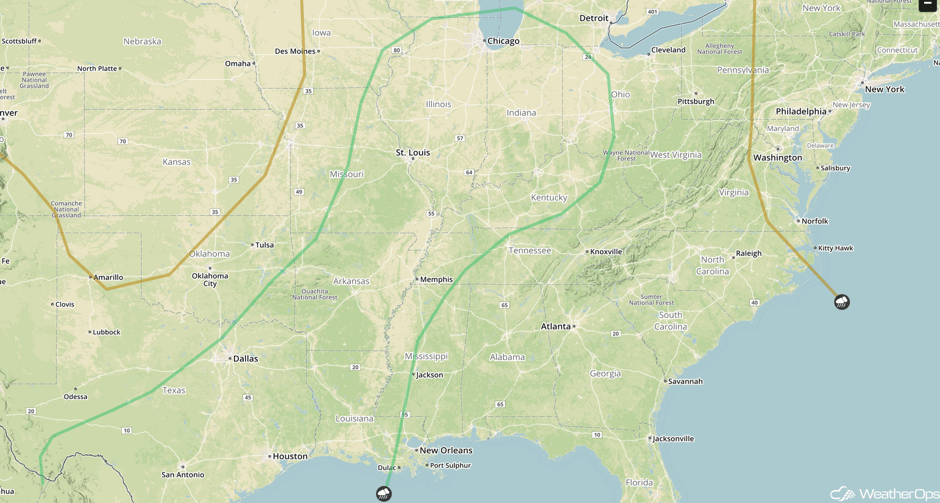