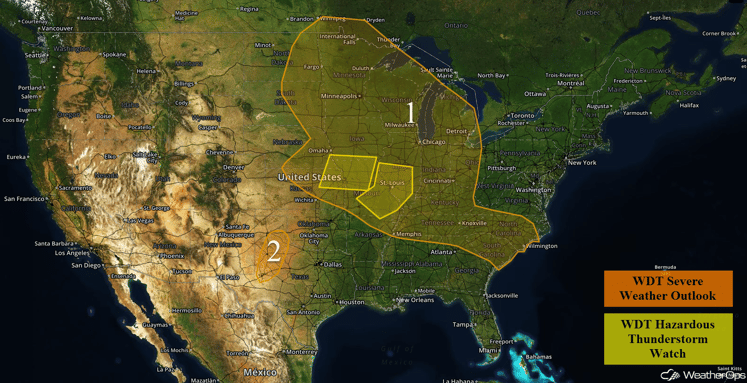 An intense line of thunderstorms is currently stretched roughly along the Mississippi River from Burlington, IA southward to Quincy, IL, then extends southwest into central Missouri. This line of thunderstorms has been producing wind gusts in excess of 60 mph with a few gusts above 70 mph possible. This line will continue to push east into the Lower Midwest this afternoon as well as into western portions of Kentucky and Tennessee. Damaging winds will be likely with this squall line.  In addition, there will be a risk for excessive rainfall. Rainfall accumulations of 1-2 inches, with locally higher amounts in excess of 2.5 inches, may lead to localized flooding and runoff.

Over the Northern Plains, scattered thunderstorms are forecast to develop near a cold front. Conditions will be favorable for some of these thunderstorms to become severe. Initially, the primary hazard will be large hail, but this threat will likely shift toward damaging winds later in the evening.

Across the Southeast, thunderstorms will develop during the afternoon hours in response to strong surface heating. Some of these thunderstorms may become severe and produce wind gusts in excess of 50 mph. The severe weather threat will likely diminish during the evening hours. 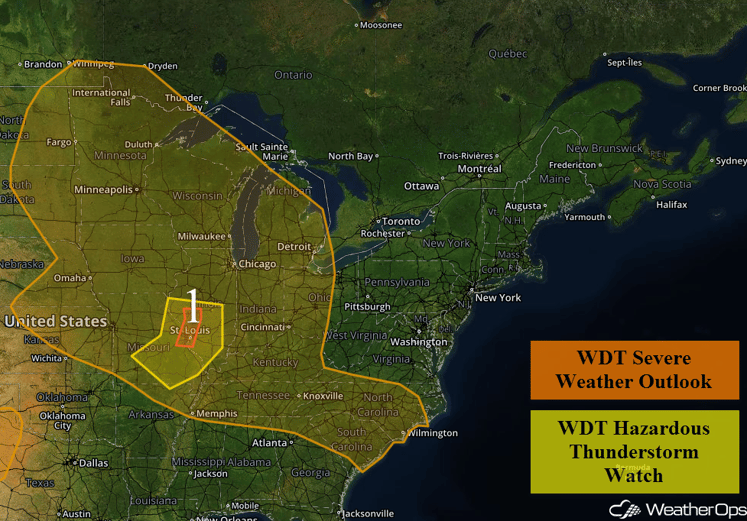 Isolated thunderstorms may develop this afternoon across Region 2. A few of these thunderstorms could become strong and produce wind gusts in excess of 50 mph. The severe weather threat should rapidly diminish after sunset.

Strong to Severe Thunderstorms Possible for the High Plains on Friday

An approaching upper level trough will aid in the development of thunderstorms  across the High Plains from Montana southward into Northwest Texas. Storms will pose a risk for large hail and damaging wind gusts, mainly during the afternoon and evening hours. 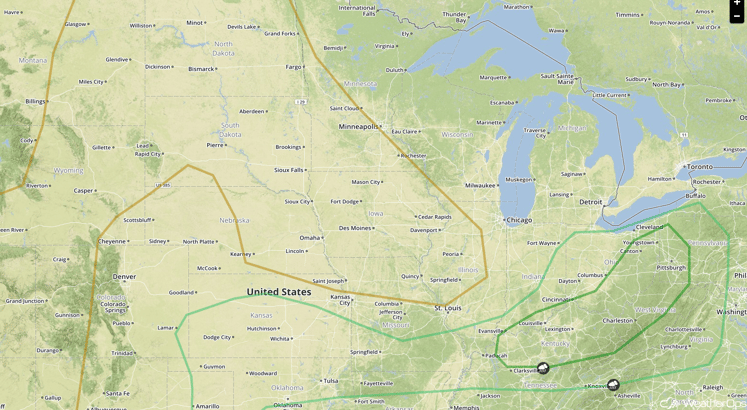 Strong to Severe Thunderstorms Possible on Friday for the Mid Atlantic

An upper level trough will continue to push through the Great Lakes with a cold front approaching the Tennessee Valley and Delmarva region. Plenty of moisture and adequate instability will support severe thunderstorm development by mid to late afternoon. Storms will likely be most prevalent over Pennsylvania and southward into the D.C. area. Primary impacts with the stronger storms will include hail and damaging wind gusts. 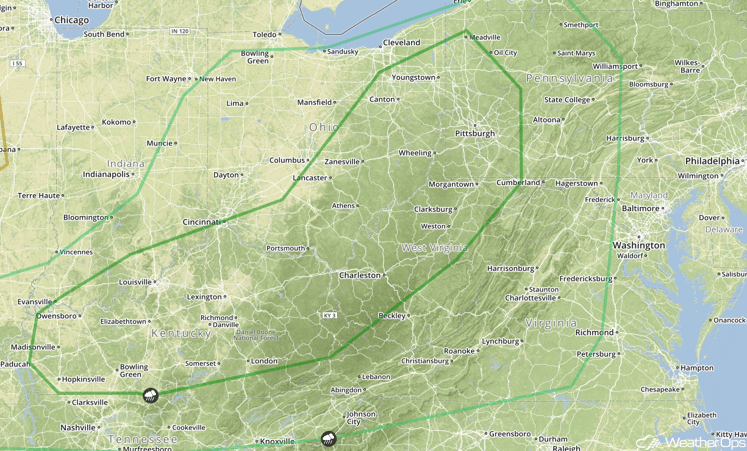 What remains of a stationary front draped from west to east across the Central United States may be enough for isolated to scattered thunderstorms from along the Kansas/Oklahoma border eastward into the Tennessee Valley. Storms may pose a brief threat for large hail and an isolated damaging wind gust or two before diminishing with the loss of daytime heating.

High pressure is forecast to strengthen over the Central US on Saturday while a trough of low pressure deepens over the Great Basin region. Thunderstorm chances will be limited to areas downstream of the upper level trough, namely the Northern Rockies and Northern High Plains, with a risk for small hail and damaging wind gusts.

Strong to Severe Thunderstorms Possible for Mid Atlantic on Saturday

A second area of storms will be possible across the Mid Atlantic, where a weaker trough of low pressure is forecast to be located. Main impacts should be limited to isolated hail and damaging wind gusts, with activity weakening by or just after dark. 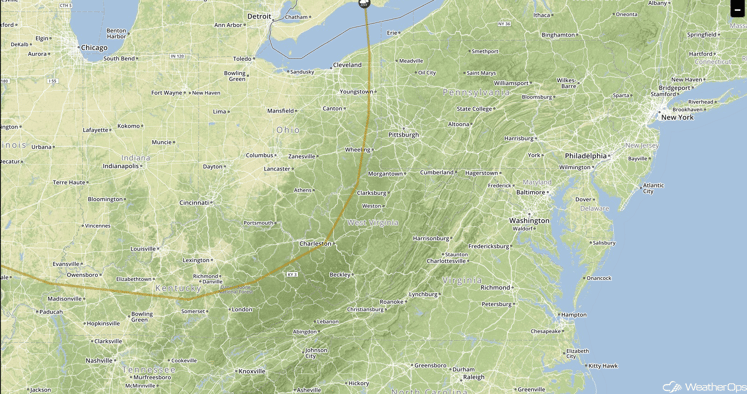