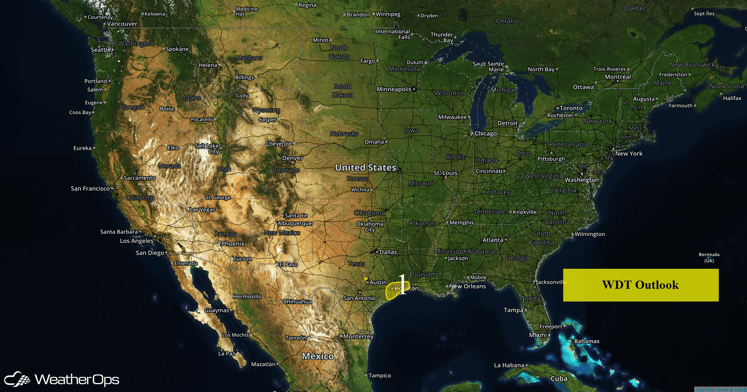 A line of thunderstorms across portions of Central Texas is currently tracking southeastward toward the Texas coast. This activity is currently moving into Region 1 and will move off into the Gulf of Mexico this afternoon. Rainfall accumulations of 1-2 inches with locally higher amounts will be possible within heavier storms. Due to the recent flooding, additional rainfall accumulations will pose a threat for flash flooding.

From Southern Texas into Louisiana, strong thunderstorms and isolated severe thunderstorms will be possible during the afternoon and into the evening hours. Large hail and damaging winds will be the primary concerns with any storms that become severe. 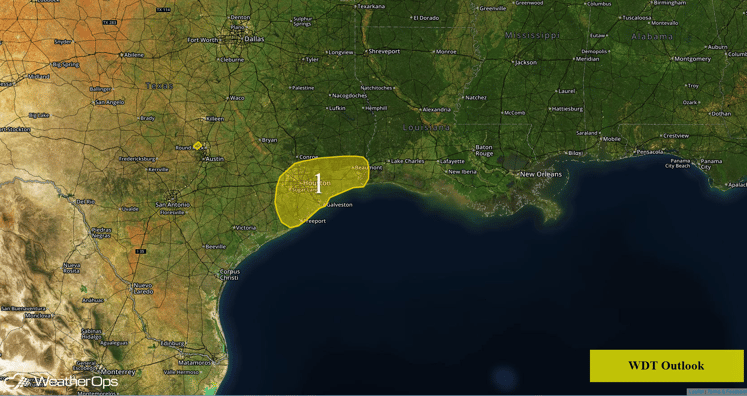 Severe Thunderstorms Likely for Portions of the Plains on Tuesday

The severe weather potential increases significantly going into Tuesday and Wednesday as model guidance is in general agreement that a potent upper-level trough will track into the Central Plains on Tuesday.  Moderate to high instability is forecast to pool ahead of a dryline extending from western Kansas into north Texas. Confidence is high enough at this time to include a severe threat region for Tuesday covering much of the south-central Plains. The potential exists for a significant severe weather event with all severe threat types possible and will be monitored closely over the next several days.