Thunderstorms are forecast to develop across the Southwest on Thursday as an upper level trough approaches. Snow will continue across portions of New York and Pennsylvania through Thursday afternoon.

Thunderstorms for the Southwest on Thursday
As an upper level trough approaches the region on Thursday, moisture and instability will increase. This will allow for the development of isolated thunderstorms across portions of New Mexico and far West Texas this afternoon and evening. Some storms may be strong to severe with gusty winds and hail being the primary threats. Storms should weaken and diminish after sunset due to the loss of daytime heating.

Snow Thursday across Portions of New York and Pennsylvania
Snow will continue for portions of the Northeast on Thursday as an area of low pressure moves through the region. Snowfall accumulations will range 2-4 inches. Roads may become slick and hazardous. 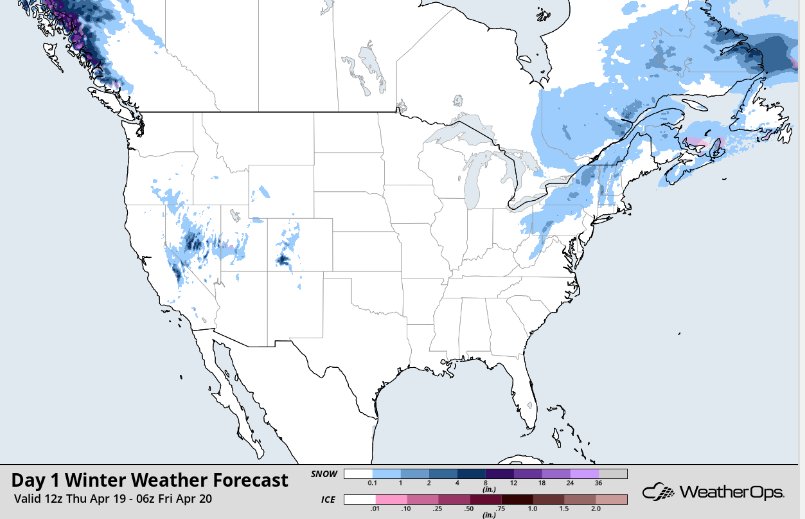 Snow across the Central Rockies Friday and Saturday
A developing area of low pressure is forecast to track across the Central Rockies on Friday. Moderate to heavy mountain snow can be expected during the day before tapering off on Saturday. Snowfall totals of 6-12 inches are forecast with locally higher amounts in excess of 18 inches in the higher elevations. Strong winds may also produce areas of blowing snow and reduced visibilities. 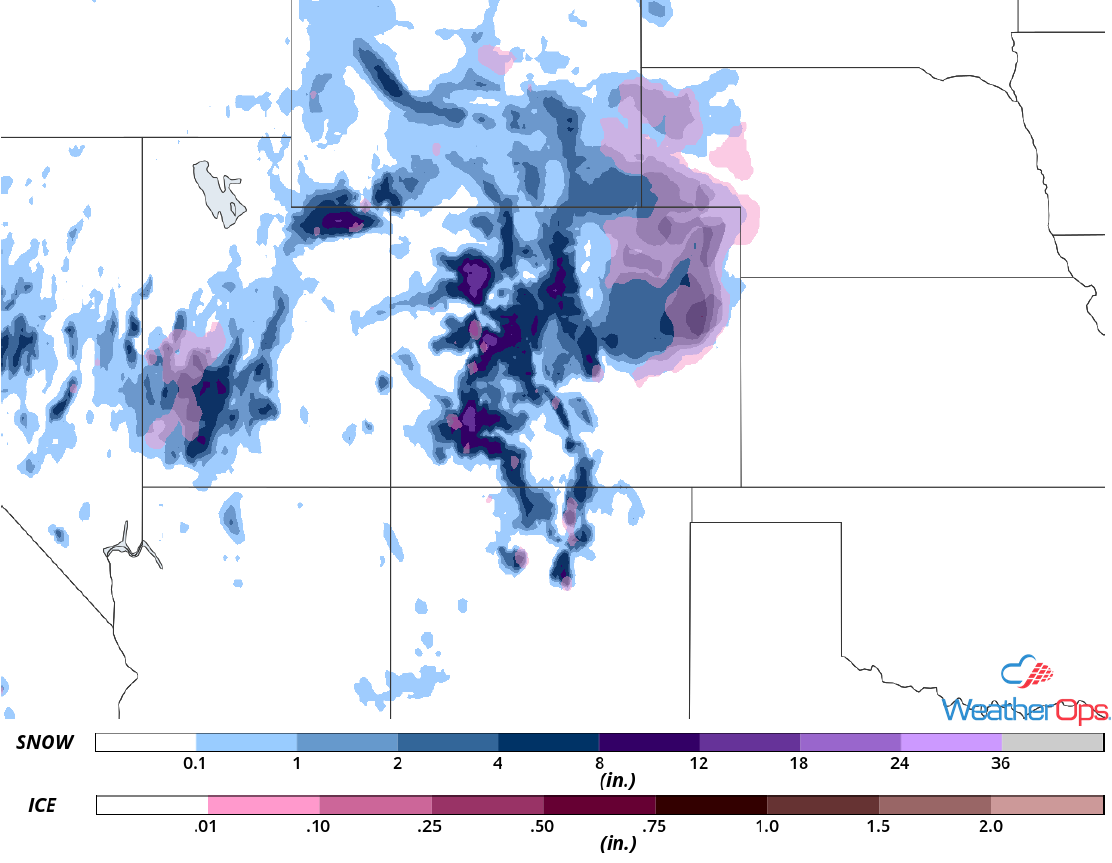 Continued Thunderstorms Friday for the Southwest
As the upper level trough described above continues to advance eastward across the Southwest, a ridge over New Mexico and West Texas will begin to break down. This will allow for increasing moisture to spread across the region. Scattered thunderstorms are expected during the afternoon and evening hours, with some becoming strong to severe. Gusty winds and hail will be the primary hazards. Thunderstorm activity may increase in coverage overnight. 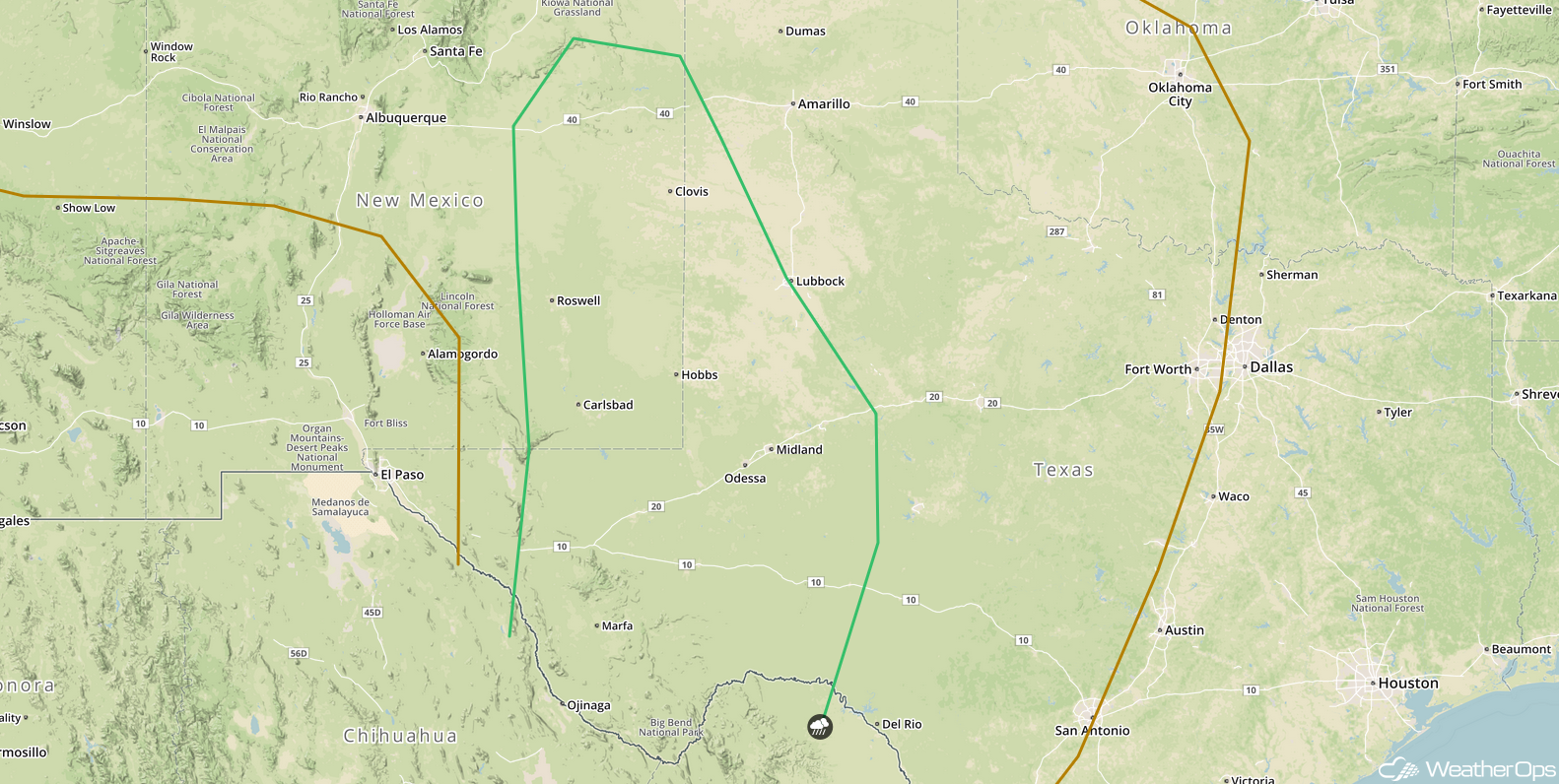 Thunderstorms across Texas and Louisiana Saturday
An area of low pressure is forecast to develop and move into the south central US on Saturday as an upper level trough continues to slowly track eastward. While some thunderstorms may be ongoing during the morning hours, additional development can be expected later in the day. Conditions should be favorable for a few strong to severe thunderstorms capable of producing large hail, damaging winds, and isolated tornadoes.

A Look Ahead
As the area of low pressure described above continues to move eastward, thunderstorms may develop across the Southeast on Sunday. By Monday, storms will move into the Mid Atlantic. Further west, an area of low pressure may bring snow to portions of the Northern Rockies and Plains on Monday.