No hazards are currently in effect. An area of low pressure off the coast of the Pacific Northwest will move northward on Monday and bring a risk for excessive rain across the region. As an upper level disturbance moves into the Northern Plains on Tuesday, excessive rainfall will be possible for portions of the Central Plains. Further south, an area of low pressure will bring a threat for strong to severe thunderstorms across portions of the Central Plains.

Excessive Rainfall Possible Across the Pacific Northwest on Monday

An area of low pressure offshore the Pacific Northwest will move northward throughout the day with the associated cold front draped along the western coastline. This will continue to bring showers, some of which could be heavy at times to portions of northern California and Oregon. Rainfall amounts of 1-2 inches with locally higher amounts of 3 inches are possible across the region. 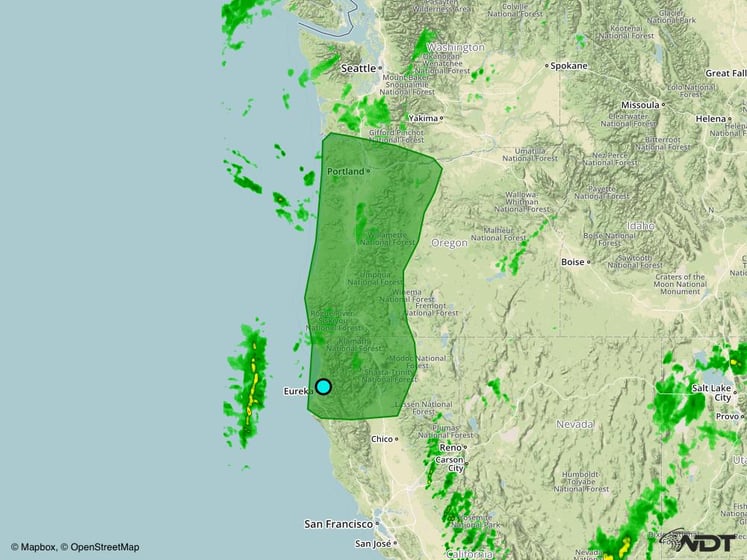 Excessive Rainfall Possible across Portions of the Midwest on Tuesday

As the upper level disturbance described above makes its way eastward, a surface low will develop in the lee of the Rockies. The associated warm front will lift northward toward Iowa and southern Minnesota by Tuesday evening will bring warm moist air to the region. With this warm moist air in place and the warm front providing ample forcing, heavy to excessive rainfall will become possible across the Midwest along and ahead of the front. Rainfall amounts of 1-2 inches with isolated higher amounts of 3 inches possible, bringing the threat for flooding. 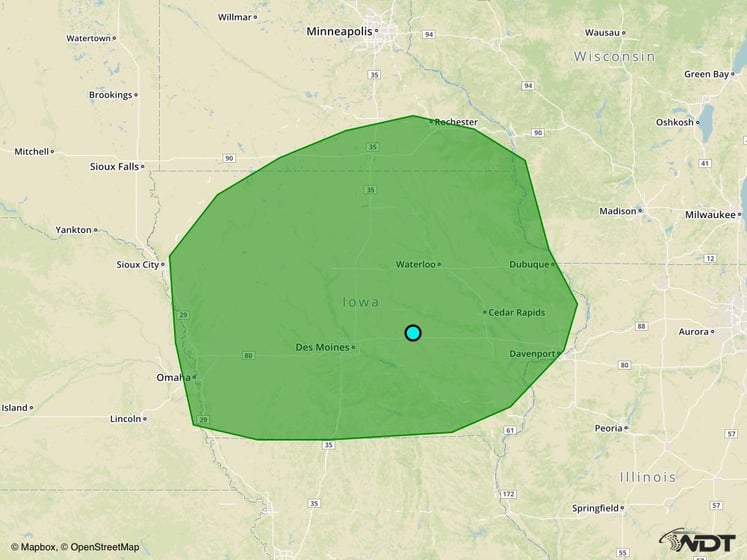 To the south of the area of low pressure described above, warm moist air will spread across the Central Plains. Daytime heating will lead to some instability across the region. Combined with forcing from an upper level disturbance, there will be an increase in shower and thunderstorm activity during the afternoon with some thunderstorms becoming strong to severe. The primary hazards with these storms will be large hail and damaging winds. 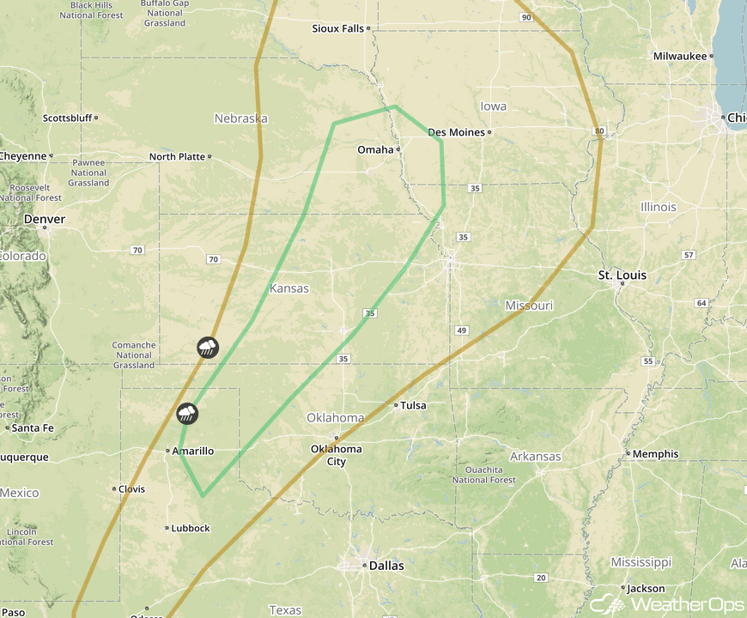 No tropical activity is expected in the Atlantic during the next 48 hours.

The area of low pressure moving through the Plains will bring heavy rain to portions of the Great Lakes and Ohio Valley Wednesday into Thursday. Rainfall amounts of 1-2 inches will be possible.