Thunderstorms for the Southeast on Monday
Strong to severe thunderstorms may develop from northern Florida into the Mid Atlantic on Monday as a cold front continues to push eastward across the region. Showers and thunderstorms currently ongoing over the Southeast and Tennessee Valley are forecast to increase in intensity this afternoon as they track eastward. The region with the highest potential for thunderstorms will be over the Carolinas where conditions are expected to be most favorable. Over that region, damaging winds and tornadoes will be the primary hazards this afternoon into the early evening. Further north into the Virginia and Washington D.C. area, isolated strong to damaging winds are forecast during the afternoon. Activity will weaken during the evening as the cold front makes its way to the Atlantic Coast. 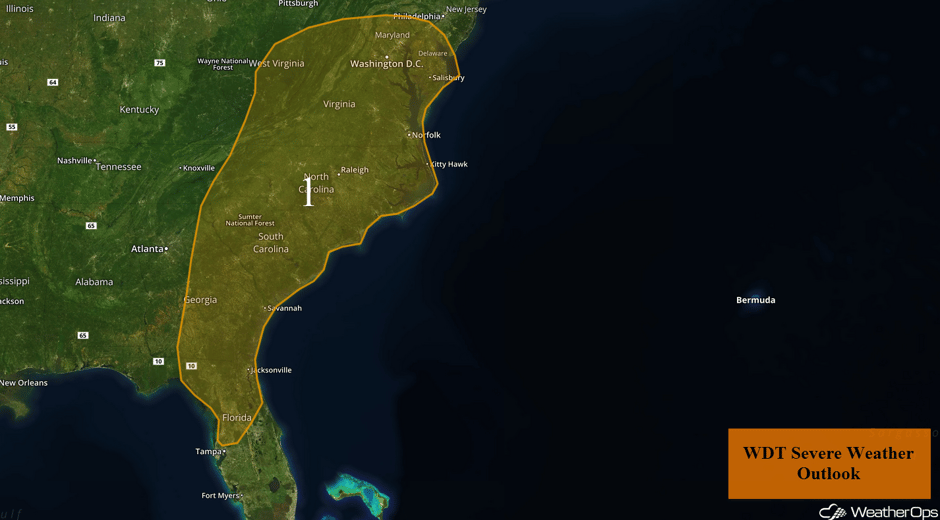 Excessive Rainfall Monday across the Mid Atlantic and Southeast
The slow moving cold front described above should be accompanied by plenty of shower and thunderstorm activity. Rainfall amounts of 2-4 inches with locally higher amounts in excess of 5 inches are forecast. This could occur along the eastern slopes of the Appalachians, where upslope flow may be enhanced by the area of low pressure developing along the front.

Risk for Excessive Rainfall across Southern Michigan on Monday
An area of low pressure moving into the region will bring heavy rainfall, especially to the north and west of its path. The potential for heavy rainfall is further increased by strong upper level support. Rainfall amounts of 2-4 inches with locally higher amounts in excess of 5 inches are forecast. 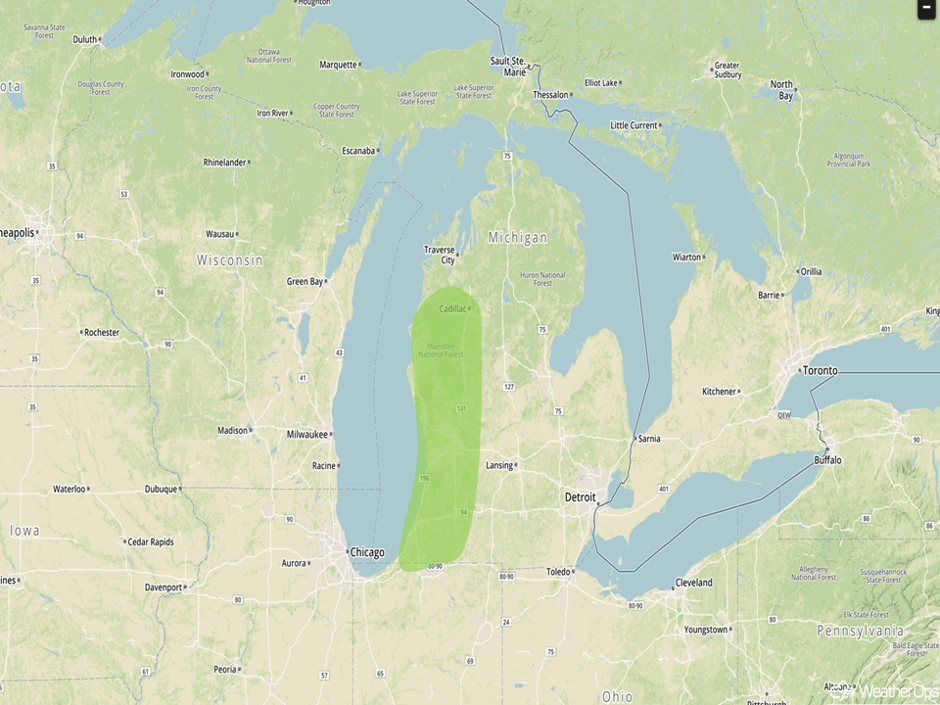 Thunderstorm Potential Tuesday across the Northeast
An area of low pressure in the Great Lakes will move northeastward and its cold front should be right along the East Coast. Isolated severe thunderstorms may develop from the coastal Mid-Atlantic region northward into New England just ahead of the cold front. Although storms will be ongoing along the front, stronger activity is expected to develop during the afternoon. Damaging winds will be the primary hazard with these storms. Heavy rain will also be a concern with rainfall amounts ranging 1-3 inches and locally heavier amounts in excess of 4 inches.

Excessive Rainfall for Portions of Maine on Wednesday
Heavy rainfall may continue across portions of eastern Maine on Wednesday ahead of the cold front described above. An area of low pressure may develop near the Carolinas, and move northward into New England during the day, further enhancing rainfall. Rainfall amounts of 1-3 inches with locally higher amounts in excess of 4 inches are expected.

A Look Ahead
The risk for excessive rainfall will continue across portions of Maine on Thursday. Rainfall amounts between Wednesday and Thursday of 2-4 inches with locally higher amounts in excess of 5 inches are forecast. Flash flooding will be a concern in these areas. Into Friday, snow may develop across portions of Minnesota. Snowfall amounts will range 2-3  inches.