Significant snowfall will continue Monday across Montana as an upper level system moves across the region. A cold front will be a focal point for the development of thunderstorms across the Central Plains and Upper Midwest. Strong winds and rough seas are expected for portions of the Gulf of Mexico late Monday through Thursday morning. 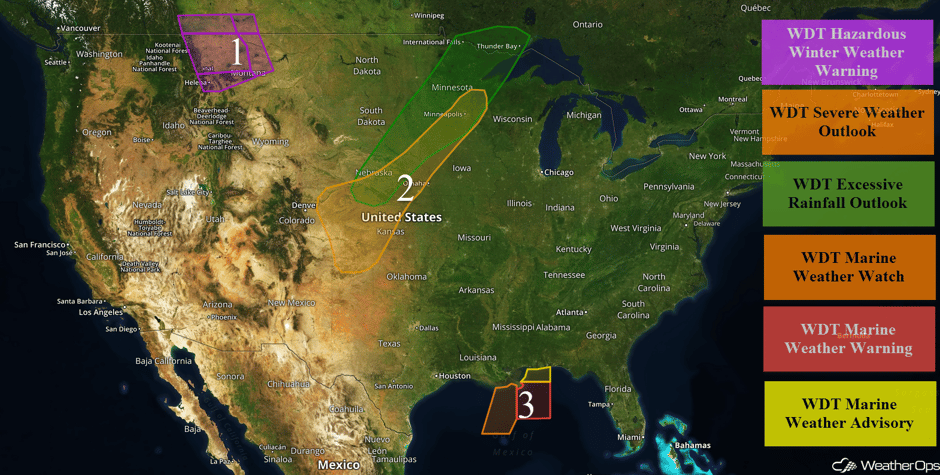 Snowfall Continuing Monday across Montana
An upper level low will aid in the development of a surface trough over central Montana, allowing for snow for much of the day on Monday. Snowfall accumulations of 6-10 inches with locally heavier amounts are expected. In the higher elevations, 8-12 inches are forecast. In addition, winds will allow for wind chills of 20-25 degrees and reduced visibilities due to blowing snow.

Thunderstorms For the Central Plains and Upper Midwest on Monday
There is a risk for strong to severe thunderstorms across much of the Central Plains on Monday. An area of low pressure over the High Plains will help bring unstable air into the region by the afternoon. At that time, scattered to widespread thunderstorms will develop along a stalled front draped across the region. This activity will be widespread and persistent for much of the afternoon and evening, with large hail and damaging winds the primary hazards. An isolated tornado cannot be ruled out over western Kansas during the afternoon. Excessive rainfall will also be a concern. Rainfall amounts of 1-3 inches with locally higher amounts in excess of 4 inches are forecast. This rainfall may allow for a risk of flash flooding. 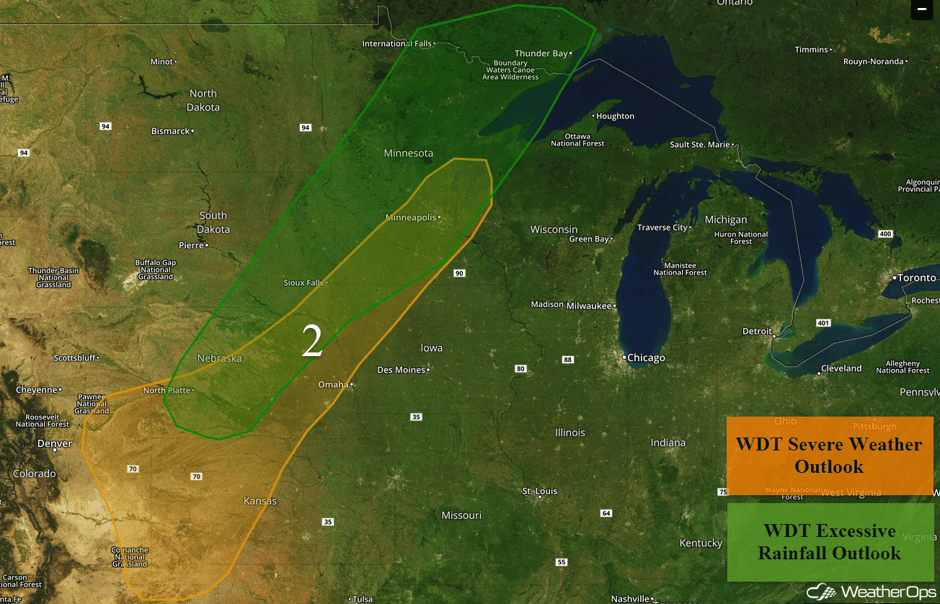 Elevated Winds and Seas Expected Late Monday through early Thursday for Gulf of Mexico
High pressure is forecast to build across the southeastern US over the next few days. At the same time, an area of low pressure will be located over the Yucatan Peninsula. This weather pattern will lead to increased winds across the Gulf of Mexico, in addition to increased seas. Winds of 25-30 knots with gusts in excess of 40 knots and seas of 9-11 feet are expected.

Excessive Rainfall for Eastern New Mexico on Wednesday
The tail end of a slow moving cold front will remain across portions of northern Texas and Oklahoma. By Wednesday afternoon and evening, the cold front will begin to retreat northward as a warm front in response to the development of an area of low pressure across eastern Colorado. Above average low to mid level moisture will be present near and south of the warm front. The combination of available moisture and the front being the focal point for precipitation will lead to at least a marginal risk of heavy rainfall across the area. Details are unclear in regard to where the highest rainfall totals will occur. However, excessive rainfall is probable across eastern New Mexico, and this threat may expand into portions of Oklahoma and northern Texas. 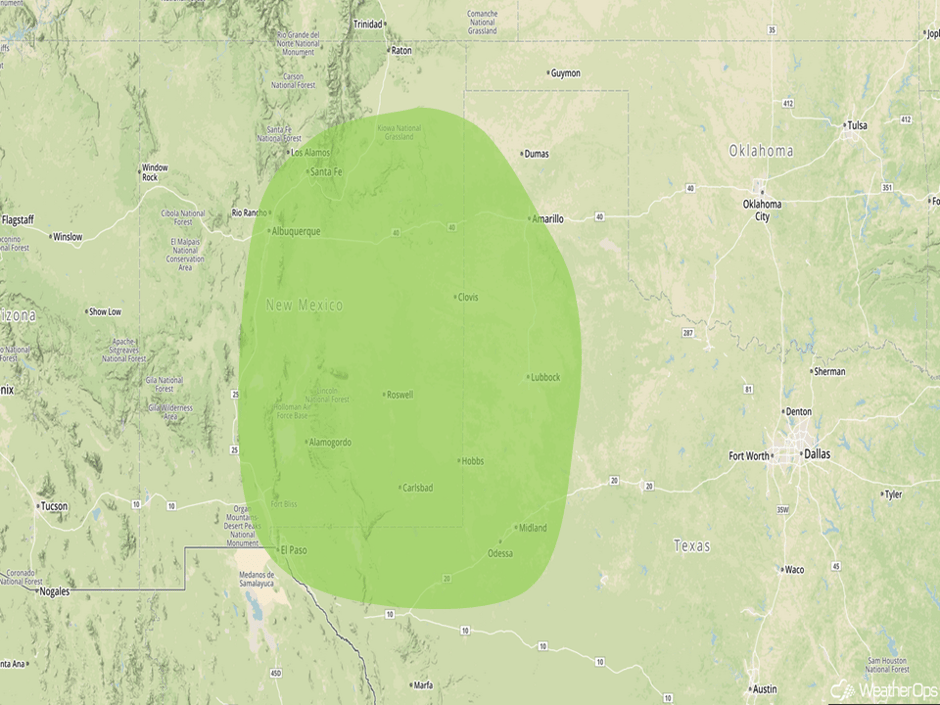