Tropical storm conditions will continue across Florida on Monday as Tropical Storm Emily approaches. Across the Southern High Plains, excessive rainfall will continue as showers and thunderstorms persist.  There will be a risk for thunderstorms across the far Northern Plains ahead of a cold front. 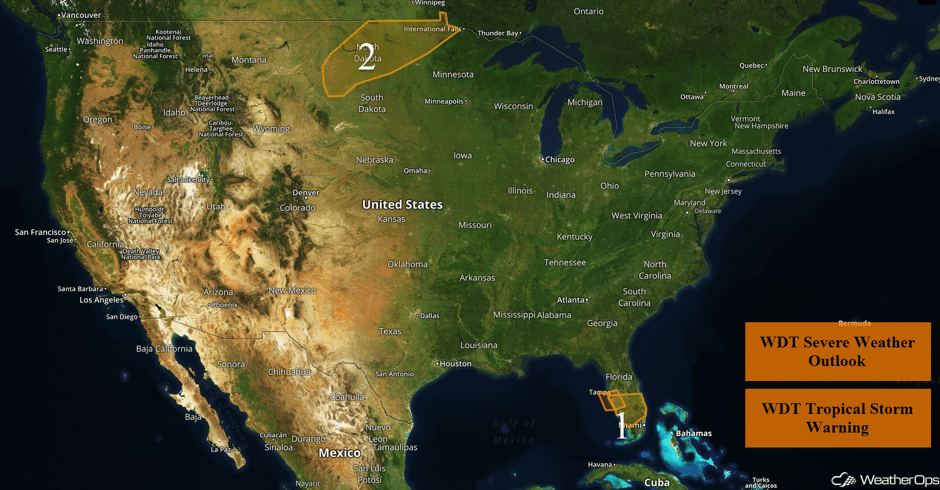 Tropical Storm Conditions and Excessive Rainfall for Florida on Monday
Tropical Storm Emily has formed over the eastern Gulf of Mexico and will move inland across western Florida today. Deep tropical moisture and favorable low level winds will allow for some rotating thunderstorms within Emily's rainbands. A brief tornado or waterspout cannot be ruled out with some of these storms. Along the coast of western Florida, winds of 35 knots with gusts in excess of 45 knots are forecast, allowing for swells of 5-8 feet. Rainfall amounts will range 2-3 inches with locally higher amounts in excess of 5 inches.

A boat sits beached near Hart's Landing after the storm blew it aground this morning south of John Ringling Cswy. #Emily #FLwx @NWSTampaBay pic.twitter.com/qj9CTYe4dW

Thunderstorms for the Far Northern Plains Monday
A cold front tracking southeastward across the Northern Plains is likely to generate scattered thunderstorms beginning mid to late afternoon before tapering off. A few storms may be strong to severe capable of hail and damaging winds.

Excessive Rainfall Risk Continues Monday across the Southern High Plains
Heavy rainfall leading to a threat for flash flooding will shift southward on Monday, with the greatest chance for excessive rainfall being over eastern New Mexico and west Texas. Showers and thunderstorms will impact the region for much of the day with an increase during the late afternoon and evening. Rainfall amounts of 1-3 inches with locally higher amounts in excess of 5 inches are expected. 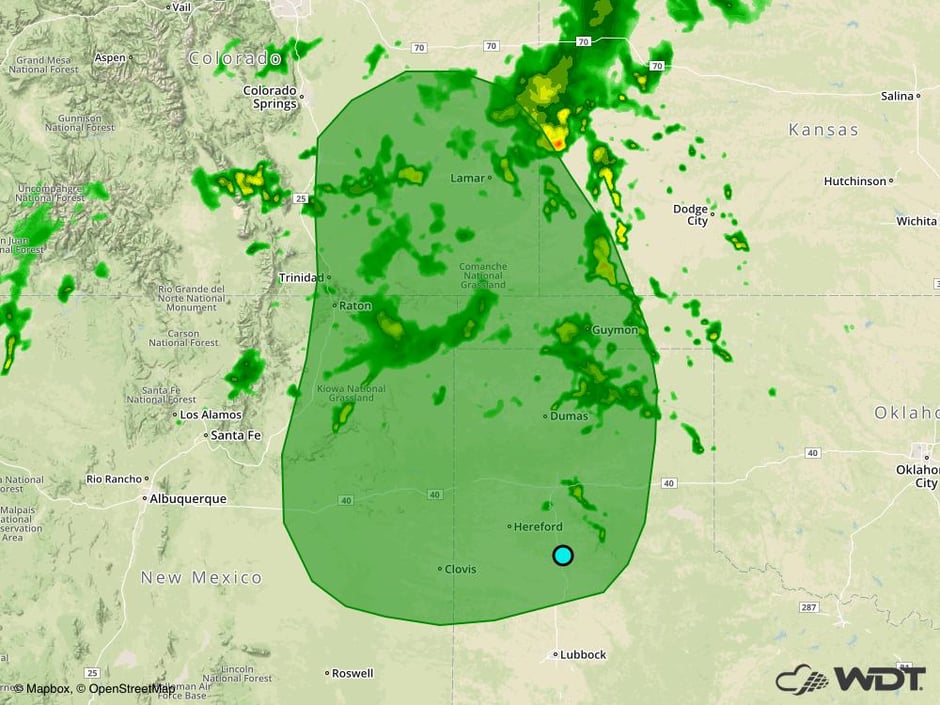 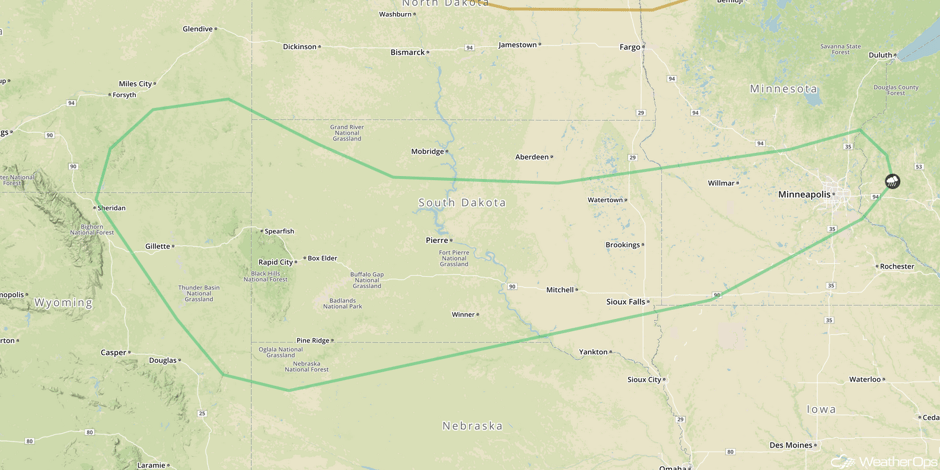 Thunderstorm Potential for the Northern and Central Plains on Wednesday
An area of low pressure will intensify on Wednesday, which will push a cold front southward into the Central Plains. Showers and thunderstorms will be likely during the afternoon along and ahead of the cold front, some of which may become strong to severe. Damaging winds will be the primary threat, with the threat diminishing during the evening. 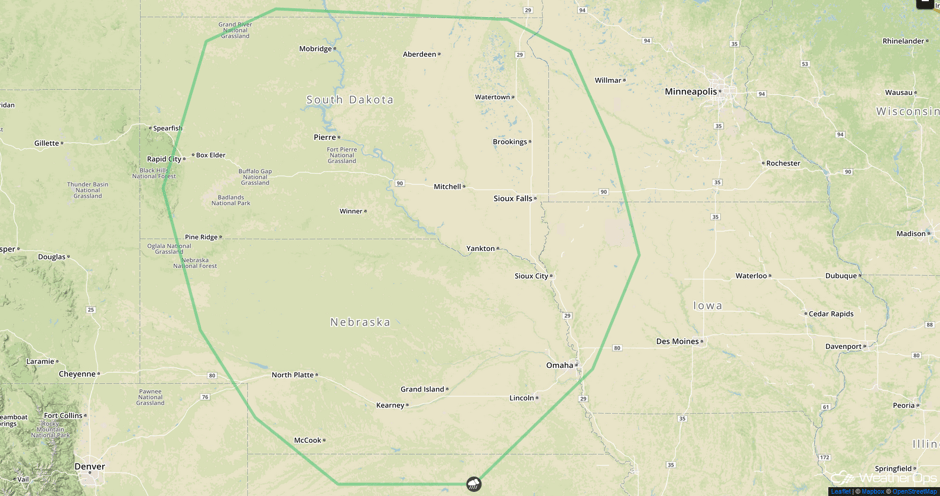 Tropical Update
Tropical Storm Emily is expected to continue to progress eastward with a turn toward the northeast and an increase in forward speed. Maximum sustained winds are at 45 mph with higher gusts. Emily is forecast to weaken to a tropical depression later today or tonight. The center of Emily is forecast to move over the west central portions of Florida this afternoon and central Florida tonight. Emily should move offshore Tuesday Morning. 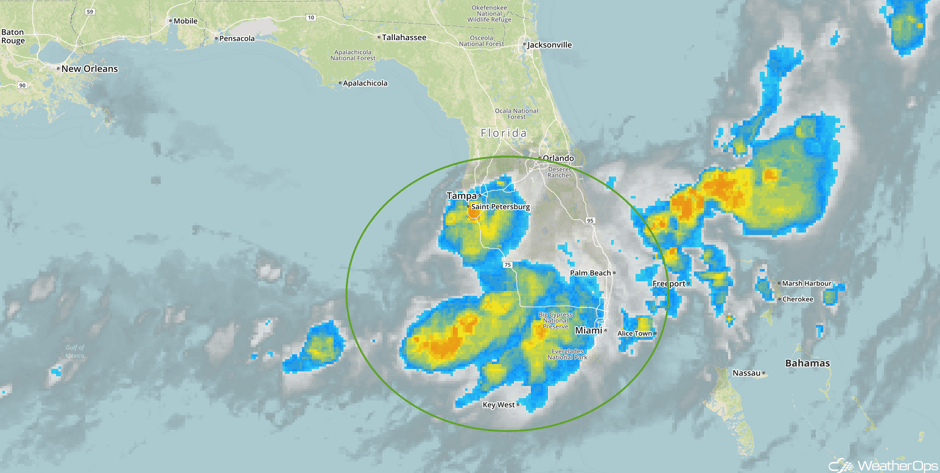