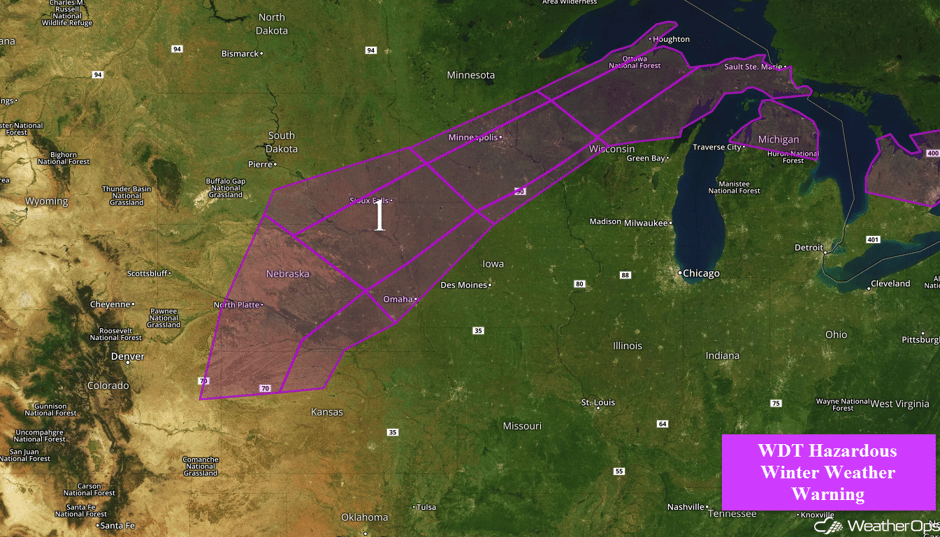 Major Cities in Region: Burlington, VT, Portland, ME, Augusta, ME, Bangor, ME, Caribou, ME

Thunderstorms Continuing Monday across the Southeast
An upper level low is moving over the middle Mississippi Valley and the associated surface low is pushing a cold front through the region. Warm moist air is moving northward ahead of the front, and showers and thunderstorms are ongoing along the front. Although most of the forcing is to the north, conditions are favorable for the development of severe thunderstorms, especially this afternoon into tonight. Damaging winds will be the primary hazard, but an isolated tornado cannot be ruled out. The threat should end as the cold front passes.

Potential for Thunderstorms for Portions of Illinois on Tuesday
An upper level low will be moving over the region today, bringing in some colder air aloft and favorable winds for the development of severe thunderstorms. An area of low pressure will develop to the north and its associated cold front should move through the area this evening and tonight. Enough instability may develop during daytime heating for the development of isolated severe thunderstorms. Damaging winds will be the primary hazard, but an isolated tornado or two cannot be ruled out. Storms should develop by mid to late afternoon and should end during the evening hours as the moisture moves eastward. 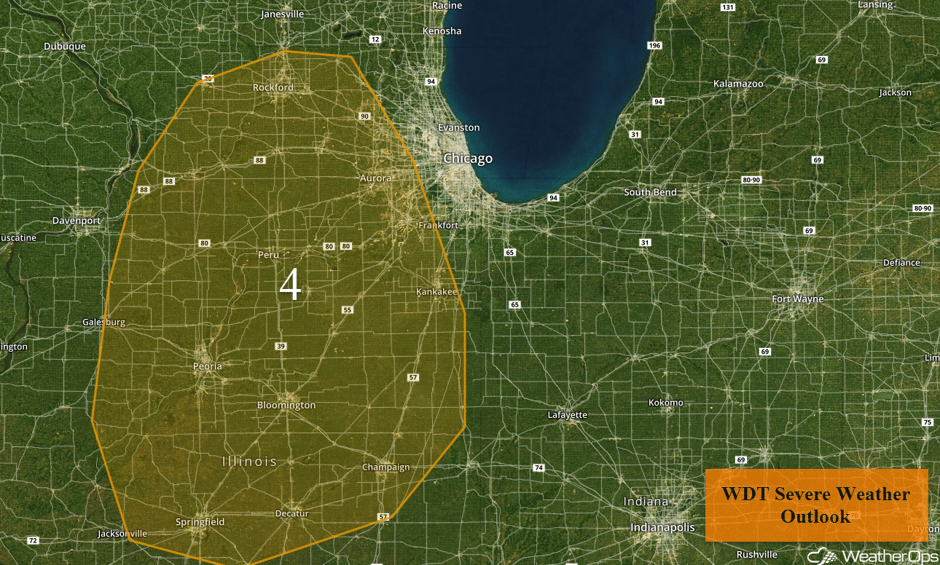 Elevated Winds and Seas through Tuesday Evening for Gulf of Mexico
Winds and seas will increase across the Gulf of Mexico through Tuesday evening as a cold front moves through the region. Across western portions of the region, winds will become northerly at 20-25 knots with gusts 30-35 knots. Swells will build to 5-7 feet in the deeper waters and 2-4 feet near the shore. For eastern areas, winds will shift from the southwest to the northwest at 15-20 knots before increasing to 20-30 knots with gusts in excess of 30 knots after midnight. Seas of 5-8 feet are expected.

A Look Ahead
Moderate to heavy snow may develop across the Northern Rockies on Thursday as an area of low pressure develops. Some light snow may continue into Friday. Elsewhere, quiet weather is expected.

This is just a brief look at current weather hazards. We can provide you site-specific weather forecast information to protect your staff and assets and to assess your weather risk. Try a 7-day demo right away and learn how timely precision weather information can enhance your bottom line.