An area of low pressure extending from Wyoming into the Four Corners region will continue to produce moderate to heavy snow across the Northern and Central Rockies on Monday. Elevated winds and seas are expected for portions of the Gulf of Mexico Monday Night through Thursday morning as a cold front moves eastward.

Continued Snow for the Northern and Central Rockies on Monday
A disturbance is extending from Wyoming into the Four Corners region. As a result, moderate to heavy snow is ongoing across much of the region. This activity will spread eastward across portions of central and eastern Wyoming and Colorado through the day. Snow accumulations of 8-12 inches with locally higher amounts in excess of 16 inches are expected. Additionally, intensifying winds north and west of the low will result in blizzard conditions with wind gusts in excess of 50 miles, blowing snow, and visibility under a mile. 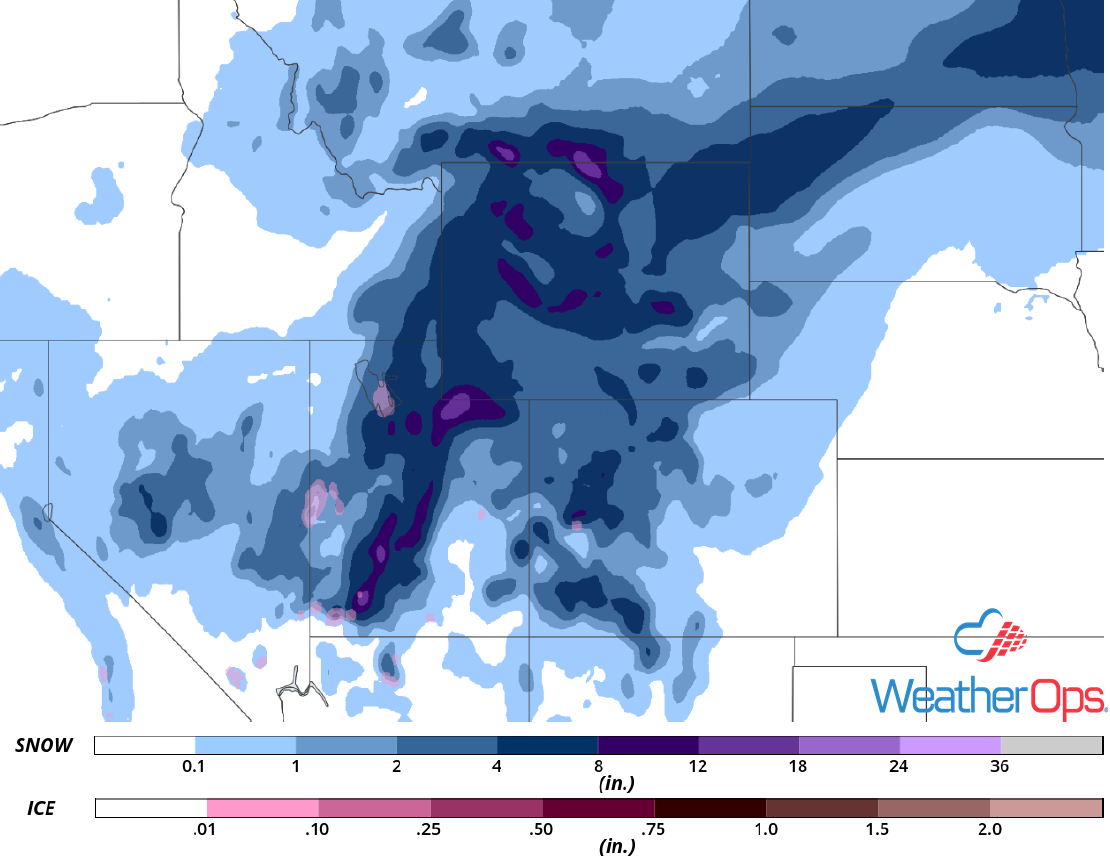 Potential for Snow Tuesday across the Rockies, Northern Plains, and Midwest
By Tuesday morning, an area of low pressure is forecast to move out of the Rockies and into Kansas. North and west of the center of the low, a swath of light to moderate snow will likely extend from Colorado northeastward into western Nebraska, the Dakotas, and Minnesota. Snow is likely to move into Iowa and Wisconsin as the low moves across northwest Missouri by Tuesday evening. Accumulations of 4-8 inches with locally higher amounts in excess of a foot are expected. It is important to note that there are still some discrepancies among models due to the differences in intensity and track of the low. In addition to the snowfall, gusty winds are likely on the back side of the low, resulting in blowing snow and reduced visibilities.

Snow for the Great Lakes on Wednesday
By early Wednesday morning, an area of low pressure is expected to be centered over northern Illinois while a warm front extends eastward across the Great Lakes and Upstate New York. Light to moderate snow may be ongoing along and north of the warm front near Grand Rapids, Milwaukee, and Cedar Rapids. This activity will slowly move northeastward across the Great Lakes during the afternoon. Snow accumulations will range 8-12 inches with locally higher amounts. Some adjustments to snow totals are likely over the next day or so. 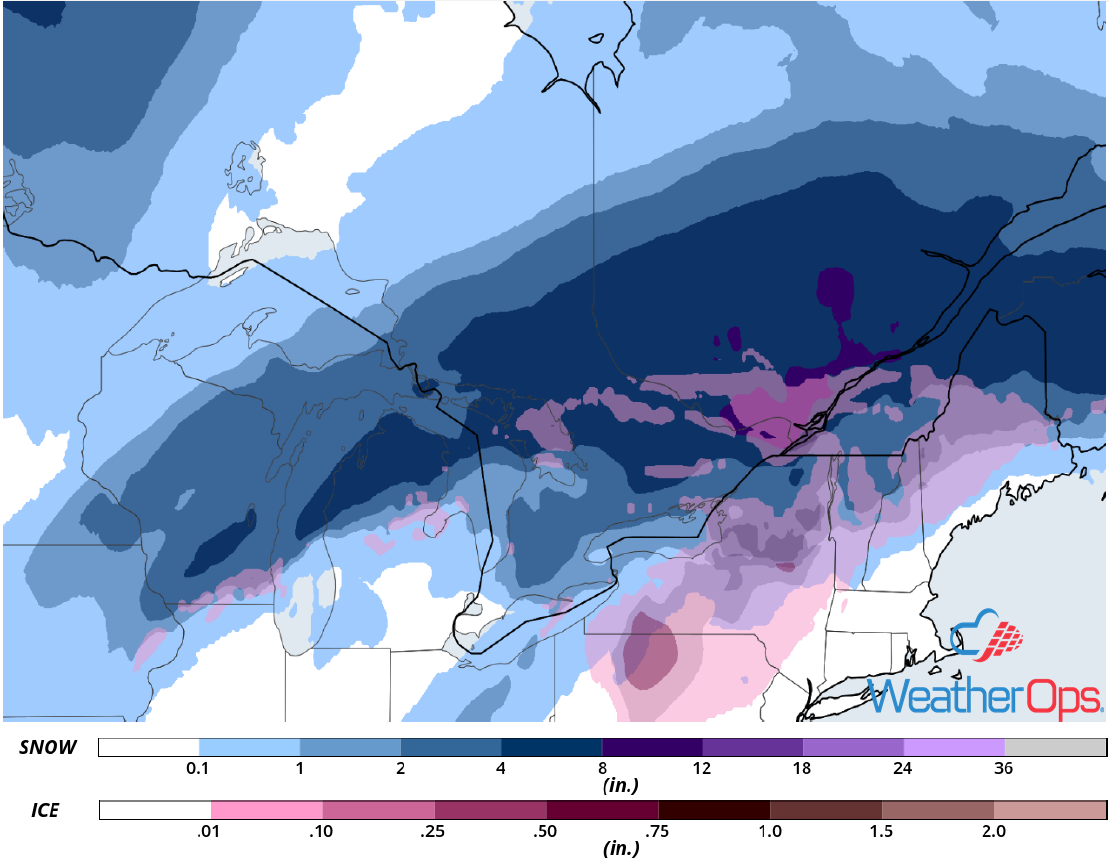 A Look Ahead
Snow is forecast from the Appalachians into New England on Thursday as an area of low pressure moves eastward. Additional light snow may develop across the Northeast on Friday. A weak disturbance will bring the potential for light snow Saturday into Sunday across the Upper Midwest and Great Lakes.