An area of low pressure will develop over the Northern Plains on Tuesday, allowing for the potential for the development of thunderstorms from Minnesota southward into Kansas. Thunderstorms will begin to develop during the late afternoon; large hail and damaging winds will be the primary hazards with these storms. Southward into the Midwest and Central Plains, thunderstorms will likely develop by the early afternoon and increase in coverage and intensity into the evening. Large hail, damaging winds, and an isolated tornado will be possible in the southern portion of the threat area.

In addition to the severe weather potential, excessive rainfall will be possible across southern portions of the threat region where coverage and rainfall rates will be greater as a large thunderstorm complex develops during the evening. Rainfall accumulations of 1-2 inches, with locally higher amounts in excess of 3 inches will be possible over eastern Nebraska and western Iowa. 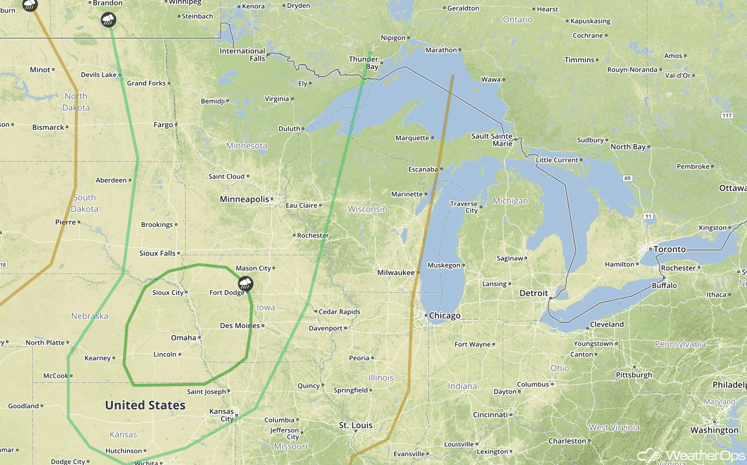 Strong to Severe Thunderstorms Possible Wednesday Across the Midwest

A cold front will continue to progress eastward across the Plains on Wednesday, allowing for the potential for thunderstorms across portions of the Great Lakes and Midwest. Due to morning showers, the overall coverage and intensity is uncertain at this time. However, the threat will likely be marginal, with the greatest threat being over Lake Michigan where damaging winds and a couple tornadoes will be possible during the late afternoon and early evening.  Southward into the Midwest, additional thunderstorms will be possible during the afternoon hours with damaging winds as the primary hazard within any severe activity. 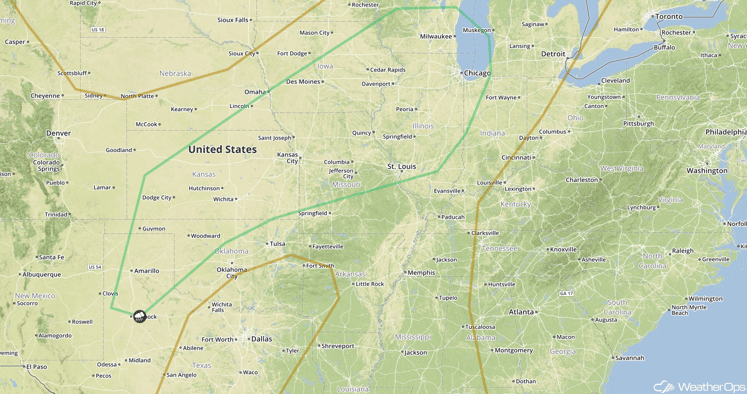 A look at the tropics

Tropical Storm Fiona (red oval) has weakened into a Tropical depression and is continuing to move toward the west-northwest. Continued west-northwest motion is expected while decreasing in forward speed through Tuesday. Gradual weakening is expected over the next 48 hours.

Further to the southeast (blue oval), shower activity is increasing in association with a tropical wave east of the Lesser Antilles. Further development is possible as this system moves toward Hispanola and the Bahamas.

A tropical depression is developing south-southwest of the Cabo Verde Islands (green oval). Further development is possible over the next 48 hours as the system continues to move westward.