A cold front will advance southeastward across the Southern Plains and into the Ozarks by this evening, with thunderstorms developing along and ahead of it. Thunderstorm activity is already ongoing across portions of the region this morning. These storms will progress to the east and northeast throughout the day and may increase in intensity by this afternoon as daytime heating occurs. There will be a marginal risk for severe thunderstorms capable of gusty winds and hail as the primary threats. 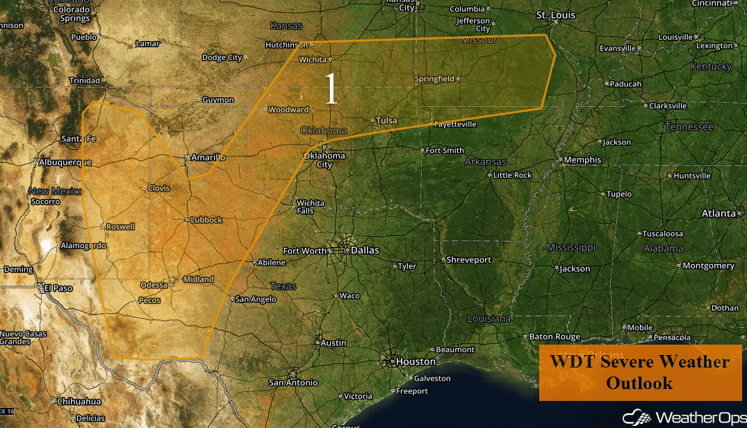 An upper level low tracking eastward through the Upper Midwest is likely to generate scattered thunderstorm activity across the region today. By the afternoon hours, as instability increases due to daytime heating, there will be a marginal risk for severe thunderstorms with a low thread of hail, damaging winds, and tornadoes. 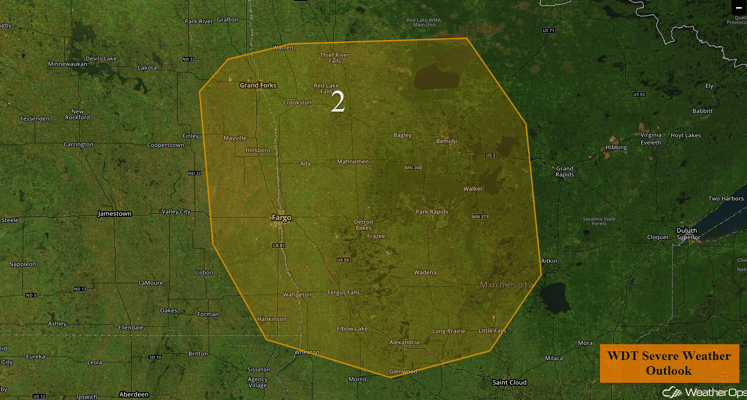 There will be a chance for excessive rainfall across portions of Oklahoma, Central Missouri and Southern Illinois on Friday as rainfall from morning thunderstorms combine with later storms that develop along a frontal boundary. The front will be a focus for shower and thunderstorm development for much of the day into the overnight hours. There will be potential for local areas of flash flooding within heavy thunderstorms. Possible rainfall totals of 1-2 inches will be possible with locally heavier amounts in excess of 3 inches within heavier storms, some of which may become strong or severe. 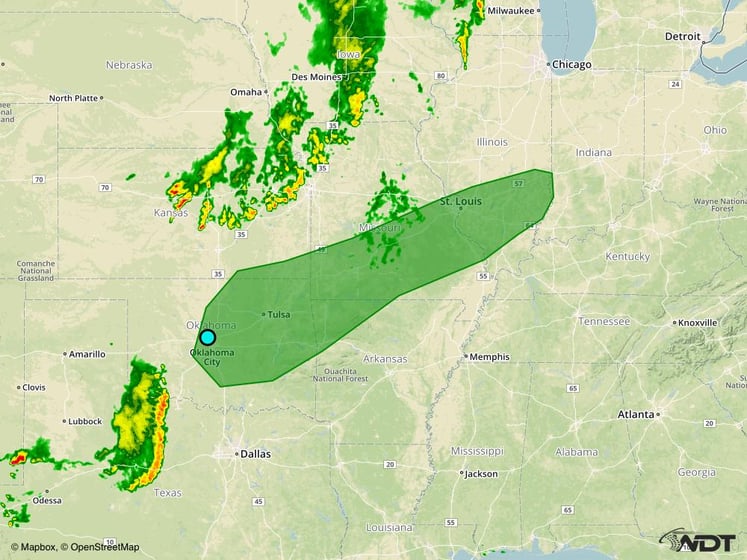 There will be a marginal chance for severe thunderstorms from western Texas and eastern New Mexico northward into southwest Nebraska. An area of moderate instability will develop in this region when moist surface air is heated during the day underneath relatively cool temperatures aloft. In addition, the shear profile in this region may be supportive of supercell formation. The primary threats from storms that may form are gusty winds and large hail. These storms may also form larger clusters and move southeastward overnight; the threat will transition to damaging winds. 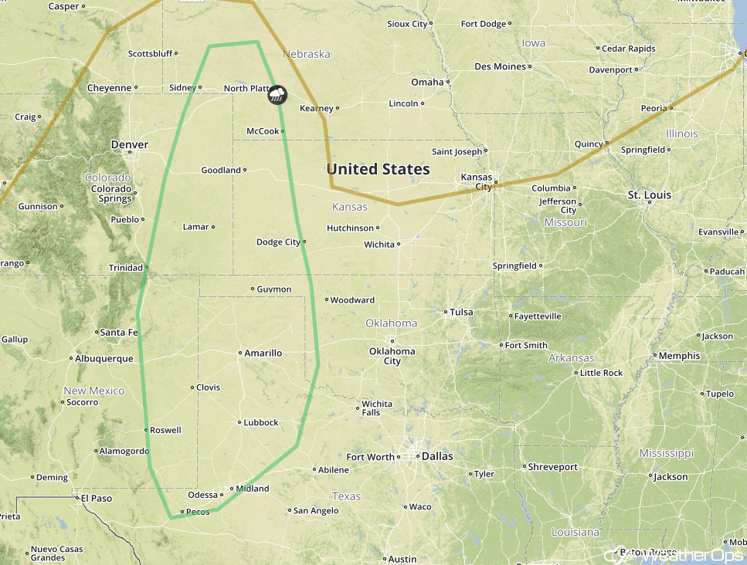 Excessive Rainfall Possible across the Mid Atlantic on Sunday

The cold front will continue eastward on Sunday, and will extend from New England to the mid-Mississippi Valley. Once again, there will be a threat of showers and thunderstorms along the front, fueled by the warm moist air that will lie over the eastern states, Although organized, widespread severe weather is not anticipated, there may be isolated severe thunderstorms along the front. Showers and thunderstorms will be ongoing during the morning hours which could act to limit severe activity. Rainfall amounts of 1-2 inches will be common, with locally higher amounts in excess of 3 inches possible in some locations. 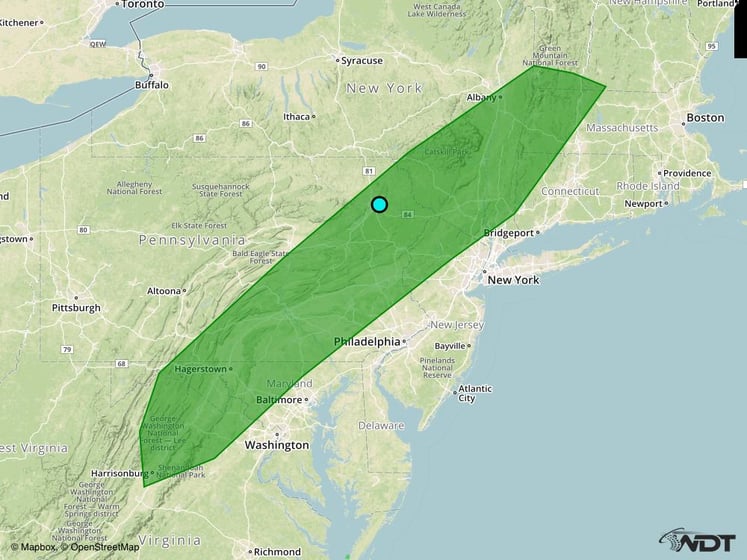 Post-Tropical Cyclone Ian (yellow oval) is moving toward the northeast at 53 mph and this motion is expected to continue through tonight, with a decrease in forward speed expected on Saturday. Maximum sustained winds are near 65 mph with higher gusts. The post-tropical cyclone should gradually weaken over the next 36 hours.

Tropical Storm Julia (blue oval) is currently moving toward the east-southeast. A slow and erratic motion is expected during the next couple of days. Maximum sustained winds are near 45 mph with higher gusts. Little change in strength is forecast today, but gradually weakening is anticipated after that time.

Tropical Storm Karl (green oval) is currently located west-northwest of the Cabo Verde Islands and is currently moving toward the west near 13 mph. This general motion is expected to continue through Saturday, possibly becoming west-southwestward Saturday night. Maximum sustained winds remain near 45 mph with higher gusts expected. Little change in strength is forecast during the next 48 hours.

An elongated area of low pressure over the northwestern Gulf of Mexico (red oval) is producing disorganized shower and thunderstorm activity. Development of this system, if any, should be slow to occur before moving inland over Texas tonight. 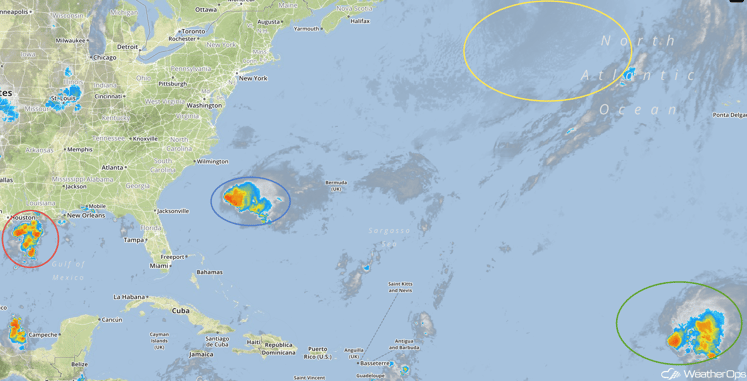 Quiet conditions are expected for the next few days. By midweek, an area of low pressure may develop across the Northern Plains, possibly bringing showers to portions of the Upper Midwest and Great Lakes.