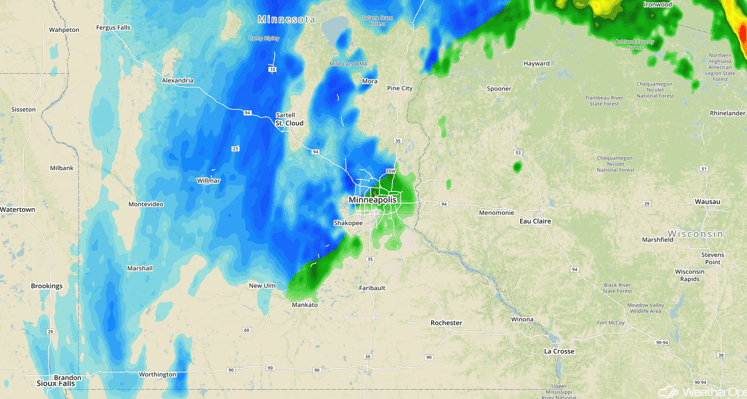 Storms are likely across Region 2 along a cold front progressing through the Central Plains, allowing for the risk for severe weather. Storms that become linear will have the potential for damaging winds and possibly a brief tornado through the evening hours before weakening. 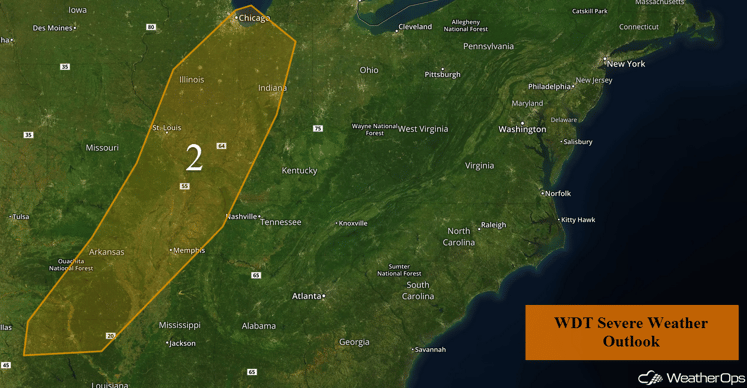 Thunderstorms will be possible along the Texas coast ahead of a cold front approaching from the northwest. The strongest storms will likely develop just ahead of the front this afternoon and early evening, and there will be a marginal risk of strong to severe thunderstorms capable of producing gusty winds. As the front moves into the northwestern Gulf of Mexico, winds will become northerly. Ahead of the front, winds will be 10-15 mph. Behind the front, winds will strengthen to near gale force. In addition, seas will build to 8-12 feet. Strong thunderstorms may also develop along the front as it moves through the western Gulf of Mexico.

Significant Snowfall Possible for the Northeast on Sunday

Snow will likely begin across the Northeast Saturday evening and will increase in intensity on Sunday as an area of low pressure continues to move across the Great Lakes. Moderate to heavy snow will be possible across the region with accumulations of 5-10 inches and locally higher amounts in excess of 12 inches possible. Breezy northwesterly winds may also lead to some areas of blowing snow and reduced visibilities.

Disorganized cloudiness and showers over the southwestern Carribbean sea are associated with a broad area of low pressure. Upper level winds have become less conducive, and development will be slow over the next couple of days. After that time, environmental conditions are expected to become more conducive for gradual development, and a tropical depression could form early next week while the low moves slowly.

An area of low pressure will develop over the Plains on Monday and will intensify. As it moves northeastward toward the Great Lakes, widespread precipitation is expected. With cold air in place, periods of snow are likely across the Upper Midwest. While there is  still some uncertainty in snowfall accumulations, at least a few inches will be possible across the region.