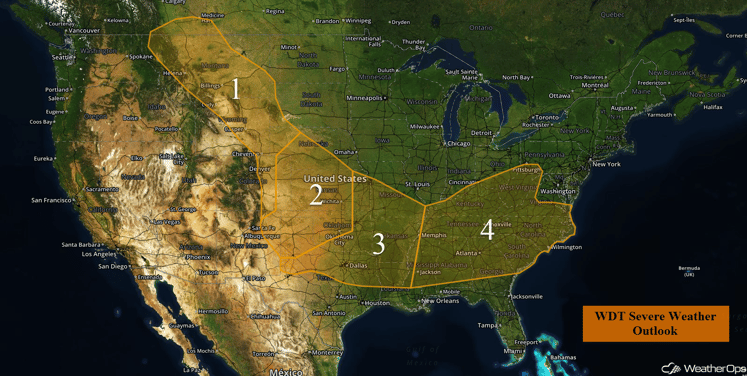 An upper level low is present across portions of eastern Washington and Oregon, while instability is expected to build into the afternoon at the surface. With these conditions in place, isolated strong to severe thunderstorms have the potential to develop across portions of Montana and Wyoming today. Due to the high based nature of the thunderstorms, large hail and severe wind will be the primary threats. Further to the south, across portions of eastern and central Colorado, a weak trough of low pressure is forecast to develop at the surface. Due to this, a few strong to severe thunderstorms could develop into the afternoon hours as daytime heating increases. 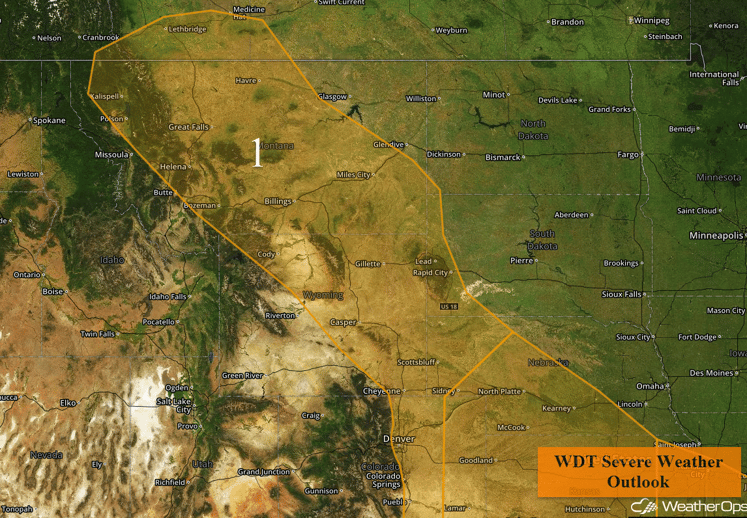 Scattered strong to severe thunderstorms will be possible into the evening and overnight hours for Friday. At the surface, a trough of low pressure is forecast to develop across portions of eastern Colorado and western Kansas. With building instability into the afternoon, as well as the influence of an upper level trough and outflow boundary interaction from previous convection, severe thunderstorms are forecast to develop into the afternoon. Initially, these thunderstorms over eastern Colorado and western Kansas will take on more of a supercell structure with the potential for large hail, severe winds, and an isolated tornado. As the storms move to the southeast and evolve, thunderstorms are forecast to transition into a more linear system. With this evolution of the cluster/linear nature of the thunderstorms, the severe weather potential will increase for severe wind, while the potential for isolated tornadoes decreases. 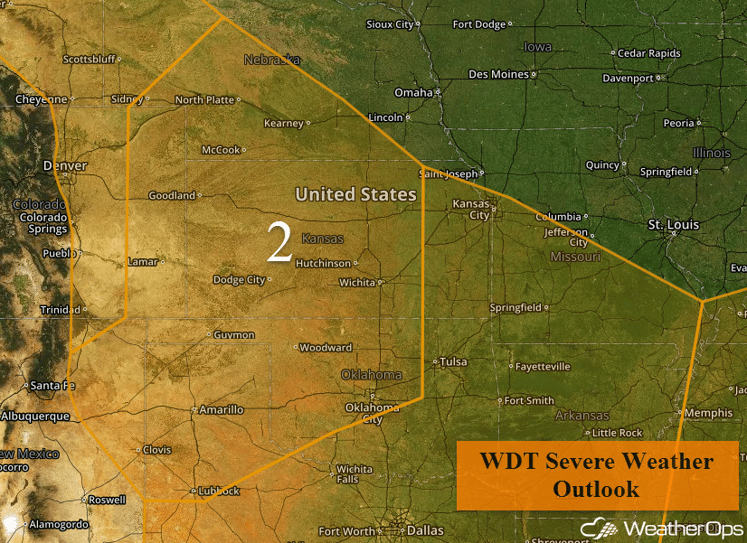 Thunderstorms will increase in coverage and intensity into the afternoon, due to building instability and an area of low pressure across the region. While warmer air aloft will reduce the threat of hail over the region, there will be the potential for gusty winds within any thunderstorms.

Strong to Severe Thunderstorms Possible for the Northern Plains on Saturday

Severe thunderstorms will be likely on Saturday for much of the Northern Plains during the afternoon and evening hours. An area of low pressure will move into and through the region during the day, with thunderstorms expected to develop along an associated warm front through the Dakotas and Minnesota and cold front into Nebraska. Initially, large hail, damaging winds, and tornadoes will be possible. Into the evening, damaging winds will be the primary hazard. In addition to the severe weather threat, excessive rainfall will be possible. Rainfall accumulations of 1-2 inches with locally higher amounts will be possible. 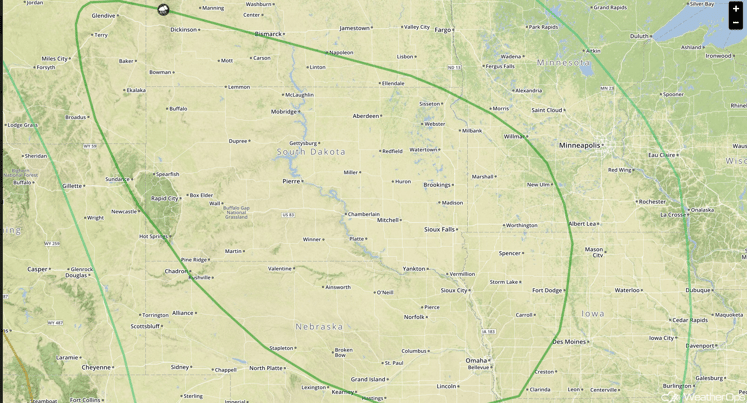 A frontal boundary will slide eastward into the Mid Atlantic on Saturday and expected to produce persistent showers and thunderstorms across the coastal Carolinas. Rainfall accumulations of 1-2 inches with locally higher amounts will be possible throughout the day and evening within the threat region. 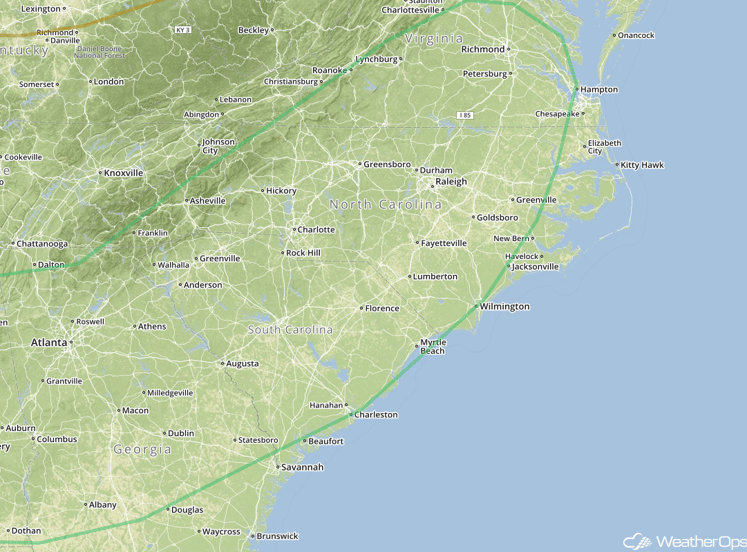 A threat for strong to severe thunderstorms will exist across portions of the Great Lakes and Midwest on Sunday, during the late afternoon and evening. There is some uncertainty regarding overall coverage, due to morning showers and thunderstorms across the Midwest. However, model guidance is in general agreement that additional thunderstorm development will occur during the late afternoon into the evening across the threat region. The evolution of this system will need to be monitored over the next couple of days.

In addition to the severe weather threat, there will be a threat for excessive rainfall across the region. Rainfall accumulations of 1-2 inches with locally higher amounts in excess of 3 inches will be possible and may cause some minor flooding. 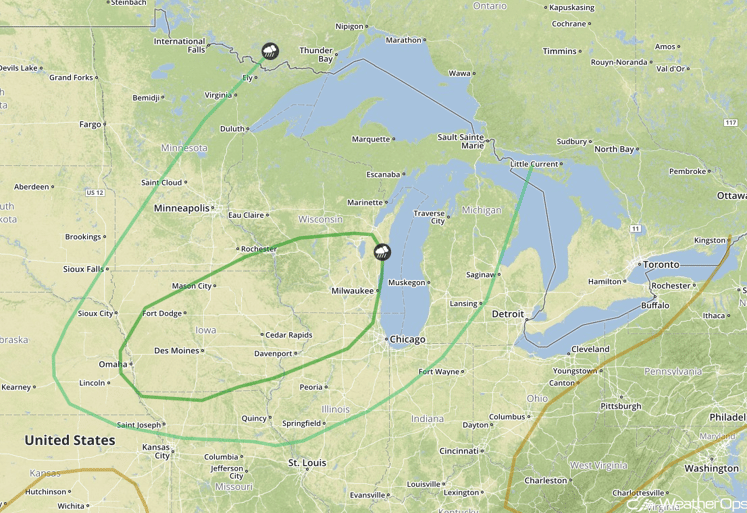