Thunderstorms from the Mississippi Valley to the Northeast on Friday
Morning shower and thunderstorm activity across the Mid Atlantic and Northeast may redevelop later this afternoon and evening with a risk for severe winds. The greatest area at risk for severe impacts will likely be from Upstate New York into eastern Pennsylvania, and also for portions of the Delmarva region. Storms that are able to develop will have the potential for severe winds and small hail. The threat should diminish just after dark.

Further to the southwest across northern Arkansas and into the Tennessee Valley, there will be a threat for marginally severe storms, primarily during the daytime hours. Storms should diminish after dark.

Strong to Severe Thunderstorms for the Western Great Lakes on Saturday
An upper level system moving over the region and an area of low pressure developing in Canada will move eastward. The cold front associated with the area of low pressure will move eastward. With moisture increasing ahead of the front, thunderstorms may develop during the afternoon and move south and southeast. 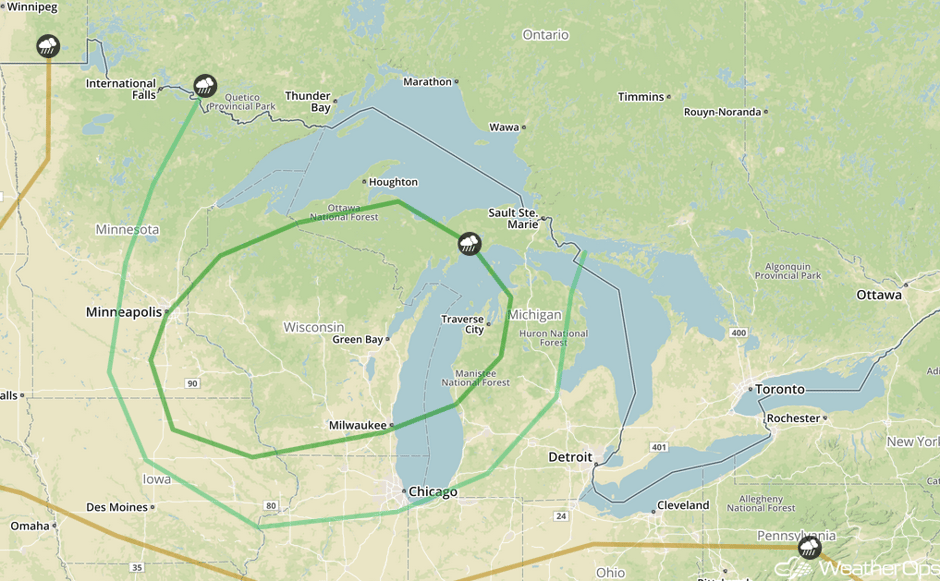 Potential for Thunderstorms Saturday from Georgia into the Carolinas
Isolated severe thunderstorms capable of producing damaging winds will exist from north central Georgia extending northeastward into the Outer Banks of North Carolina. A weak cold front approaching from the north, daytime heating, and coastal sea breeze activity will contribute to the development of thunderstorms.

Risk for Thunderstorms across the Northern Rockies on Saturday
A few strong thunderstorms are expected to develop over the higher terrain. These storms will likely spread eastward-northeastward with time and pose a risk for some severe hazards, such as strong to severe wind gusts and hail. 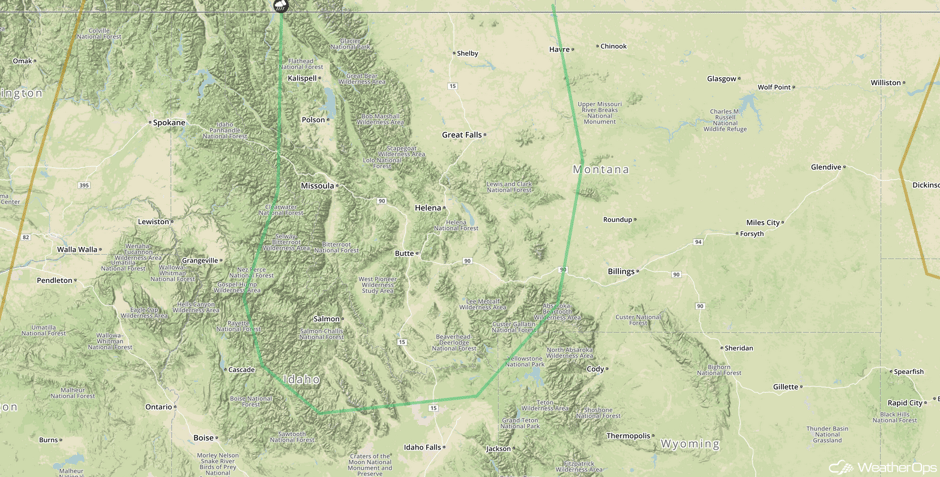 Risk for Excessive Rainfall Continues across the Central Plains on Saturday
Excessive rainfall can be expected in southeast Colorado, southwest Kansas, and a portion of the Oklahoma Panhandle on Saturday. Showers and thunderstorms are expected to develop along and ahead of a cold front, which could lead to moderate to heavy rainfall. Rainfall amounts of 0.50-1.50 inches are forecast with locally higher amounts. 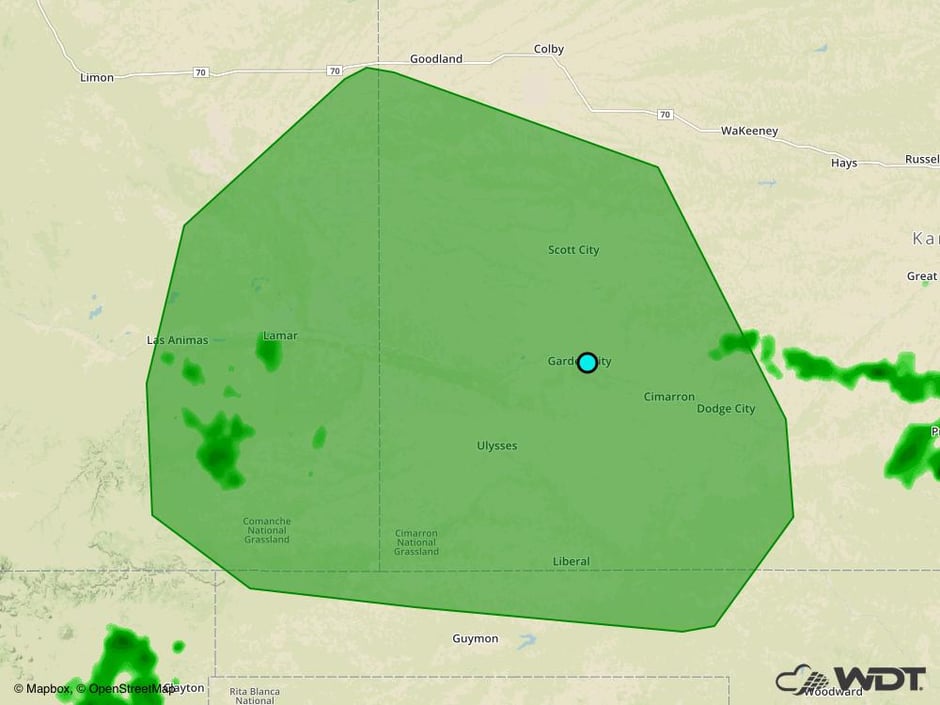 Thunderstorms Sunday for the Ohio Valley
A cold front will stretch across the northern states from Michigan across Iowa and into the Central Plains. Moist air ahead of the front will allow for the development of strong to severe thunderstorms as an upper level disturbance moves southward across the region. Strong to severe wind gusts and hail will be the primary hazards.

Strong to Severe Thunderstorms Possible for the Northern Rockies on Sunday
An upper level trough will continue to move eastward toward the Northern Rockies. A weak surface disturbance located over Canada will be the primary area of concern with southerly winds pulling in warm, moist air, which will help destabilize the atmosphere. Strong to severe thunderstorms are likely to develop in this region over areas of higher terrain, or along and ahead of the cold front. Severe wind gusts and possibly some hail are expected.

A Look Ahead
Showers and thunderstorms may develop from the Mid Atlantic to the Gulf Coast on Monday along a stalled front. This activity will continue into Tuesday. Elsewhere, generally calm conditions are expected.