A clipper system will bring snow to portions of the Northern Plains Sunday and Monday.

Snow for the Northern Plains Sunday and Monday
An Alberta Clipper is forecast to track into the Northern Plains Sunday into Monday. This area of low pressure will bring moisture with it and with cold air in place, light to moderate, occasionally heavy, snowfall will overspread the region. Snowfall totals will range 4-8 inches with locally higher amounts in excess of 10 inches. In addition to the snow, gusty winds will bring the potential for blowing and drifting snow, as well as dangerously low wind chills, across the region. 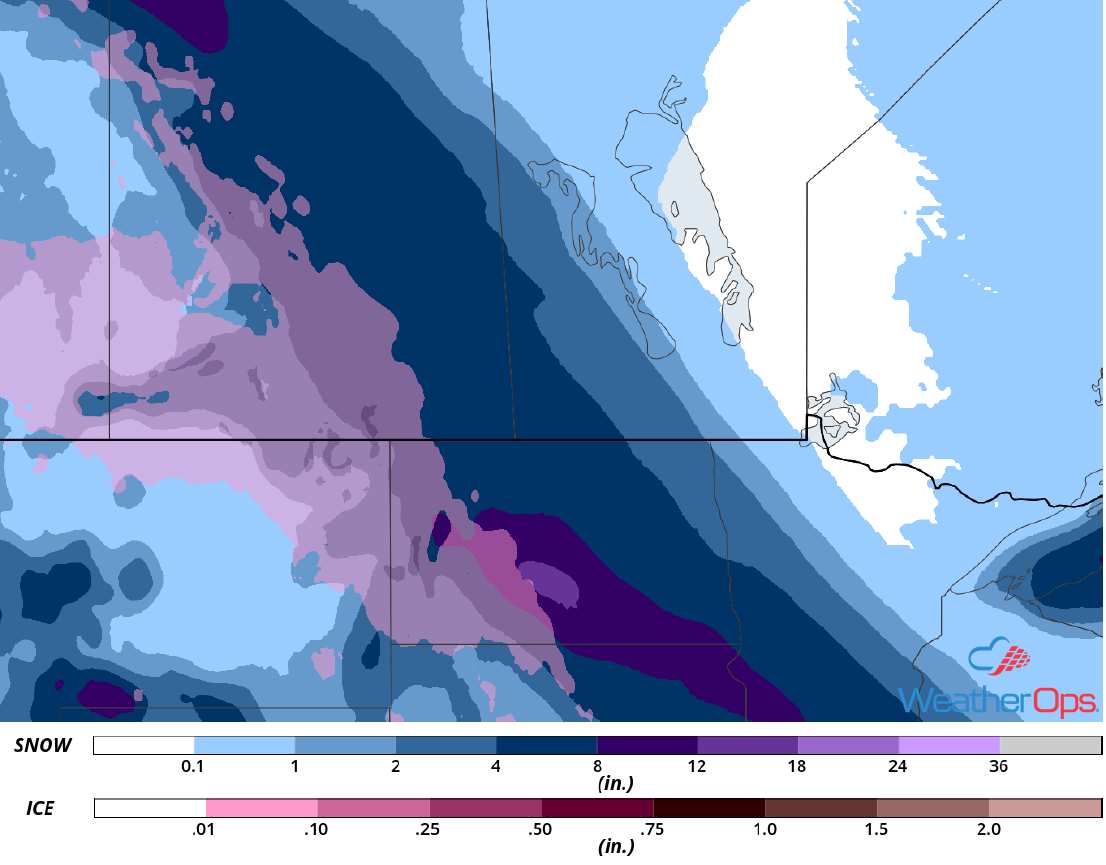 Snowfall Accumulation for Sunday and Monday

Potential for Snow Monday and Tuesday across the Midwest and Great Lakes
The system described above is forecast to track southeast then eastward across the Upper Midwest into the Great Lakes Monday into Tuesday. With plentiful moisture and cold air in place, wintry weather will overspread much of the Midwest and Great Lakes. Snowfall is forecast to begin across portions of southern Minnesota and northeastern Iowa early Monday morning and spread eastward throughout the day. Snow may be heavy at times during the afternoon and evening. Along southern portions of the Great Lakes, temperatures may be warm enough for some light freezing rain as well. Snowfall amounts of 5-10 inches with locally higher amounts in excess of a foot are expected. In addition, gusty winds will result in blowing and drifting snow. Snow will begin to taper off on Tuesday. 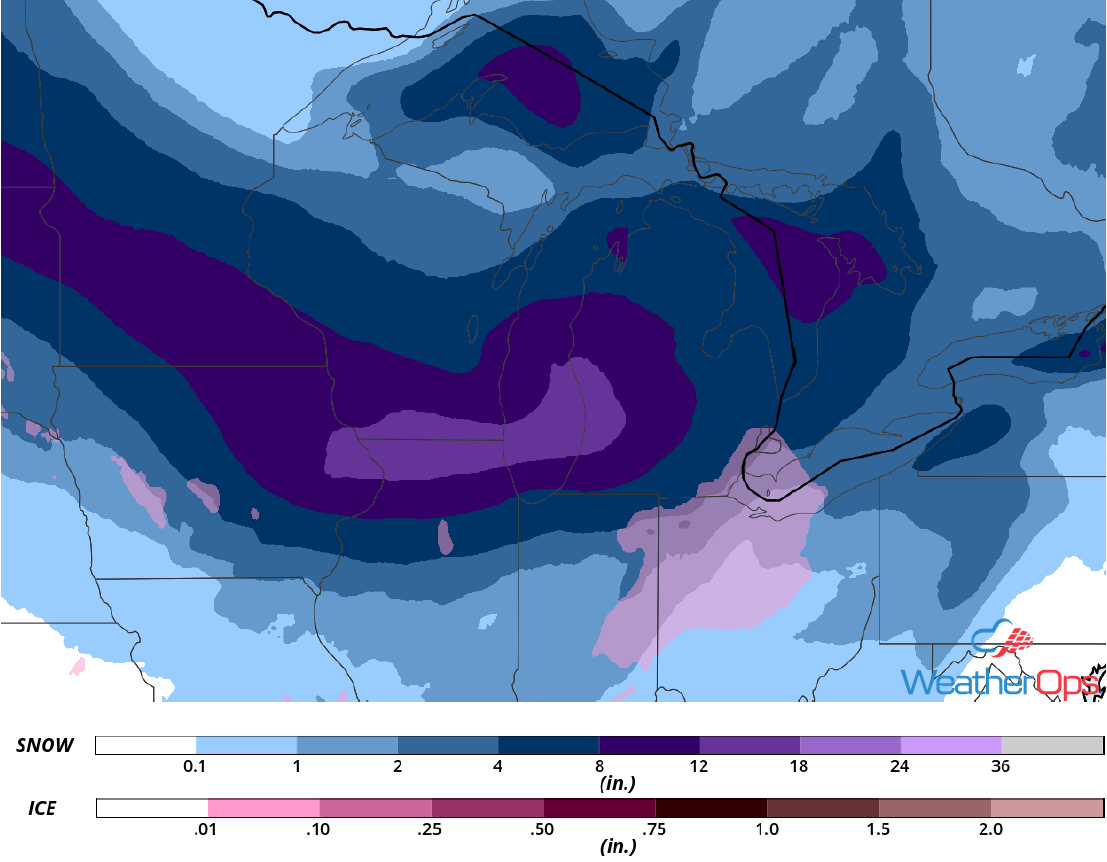 Snowfall Accumulation for Monday and Tuesday

A Look Ahead
Snow will extend from the Appalachians into the Tennessee Valley on Tuesday as an area of low pressure moves eastward. Light to moderate snow is expected to move across the Northeast on Wednesday. A weak disturbance may produce snow across the Upper Midwest on Thursday.