A large winter storm will impact a large portion of the country from the Colorado Front Range to the Mid Atlantic through the weekend. Thunderstorms may develop across portions of the Southern Plains Saturday and Sunday as an upper level system moves into the Plains.

Region 1
Freezing rain has commenced across portions of the Texas Panhandle and Oklahoma. Freezing drizzle is expected Friday with precipitation rates increasing Saturday into Sunday. The Texas and Oklahoma Panhandles may see between a quarter and a half inch of ice, making travel hazardous. Further to the east across western Oklahoma, as much as 0.75 inch of ice is expected through Sunday morning. Power outages will be possible in these areas. From southwestern Oklahoma to northeastern Oklahoma, between a tenth and a quarter of an inch of ice is forecast. Ice accumulations between 0.25 and 0.75 inch is expected for much of the state and eastward into Missouri. Southern portions of Missouri and northern Arkansas may see between a tenth and a quarter inch of ice.  By Friday evening, freezing rain will begin across portions of Illinois and Indiana with ice accumulations between 0.25-0.50 inches with locally higher amounts in excess of 0.75 inch. From Indiana into the Appalachians, ice accumulations of 0.1-0.3 inches are forecast in addition to snow and sleet accumulations up to an inch.

Update 2:21pm CST: Rain moving northward out of Texas will transition into freezing rain across Oklahoma.

Strong to Severe Thunderstorms on Saturday across the Southern High Plains
As an upper level low over the Southwest begins to move eastward, thunderstorm development will be possible in the vicinity of a stationary front over portions of eastern New Mexico and western Texas. The main timing for thunderstorms will be during the evening and overnight hours as instability increases, with a marginal risk for a few strong to severe thunderstorm across the region. The primary hazard will likely be hail, but some of the stronger storms may also produce gusty winds. 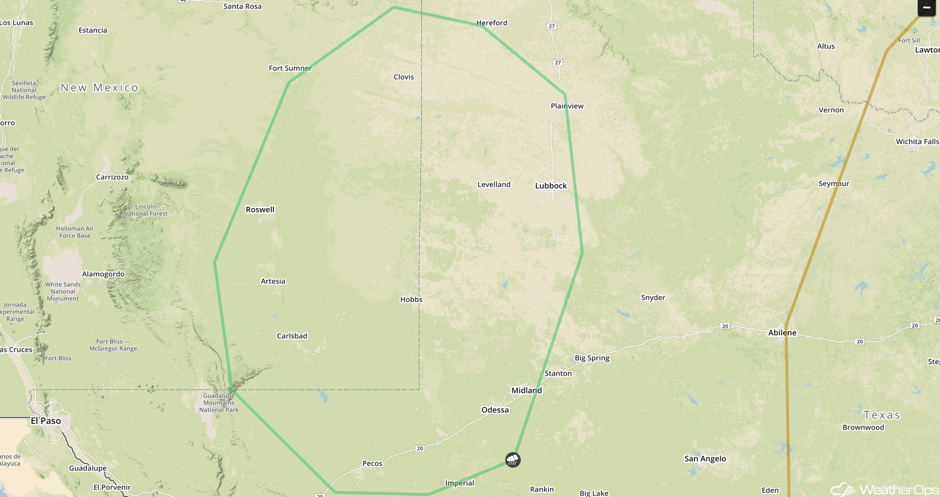 Strong to Severe Thunderstorms Possible across the Southern Plains on Sunday
As the upper level low mentioned above continues to move into the Plains, a surface low and the associated cold front will move eastward across the Southern Plains on Sunday. Thunderstorms are forecast to develop along and ahead of the front. With favorable lift and increasing instability, conditions are favorable for the development of severe thunderstorms across the region, especially during the afternoon and early evening hours. The primary hazards will be large hail and damaging winds, though an isolated tornado cannot be ruled out. In addition, there will be a potential for excessive rainfall, mainly across central and southwest Texas. Rainfall amounts of 1-2 inches with isolated higher amounts in excess of 3 inches will be possible.

A Look Ahead
A storm system will approach the Pacific Northwest on Tuesday. It is likely to generate widespread showers across the region throughout the day, bringing a threat for excessive rainfall to western portions of Washington and Oregon. This activity will spread into northern California on Wednesday. Two day rainfall amounts of 4-8 inches with locally higher amounts in excess of 10 inches are expected.