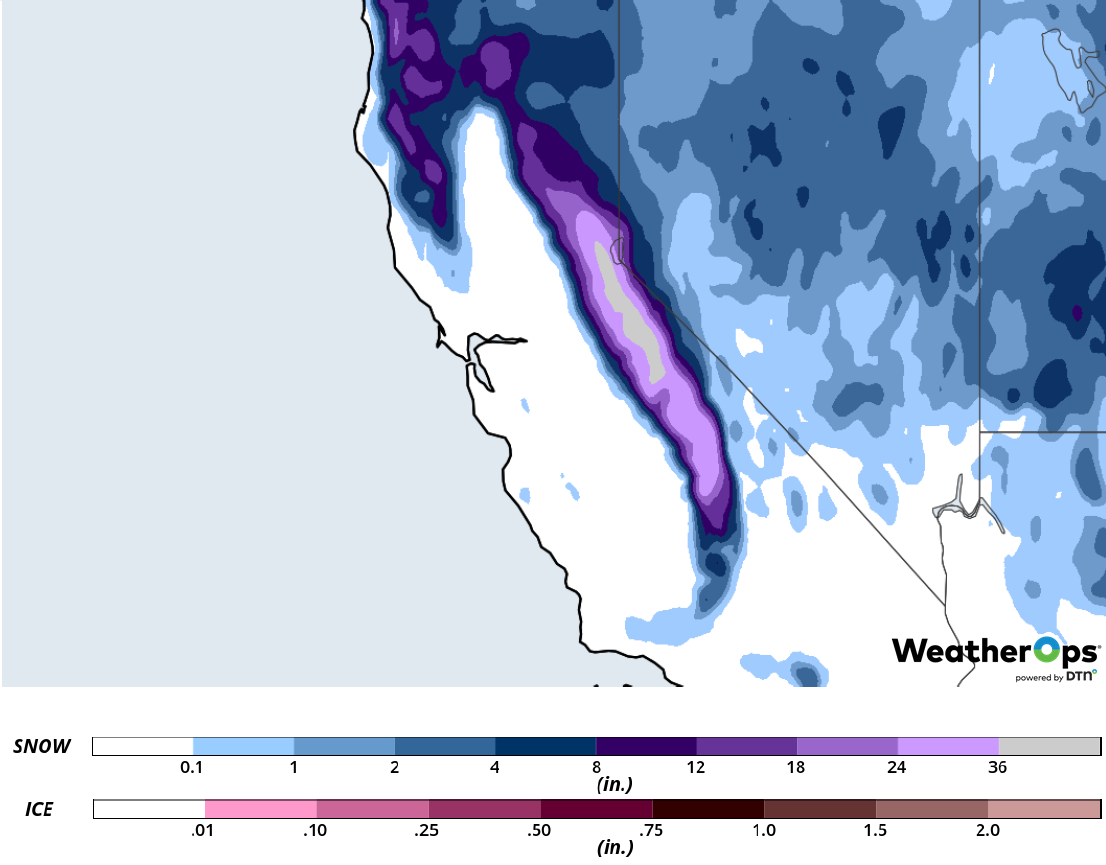 Snow Friday across the Northern and Central Plains
An upper level low is moving eastward, producing wintry precipitation across the Plains. Snow accumulations of 2-5 inches with locally higher amounts in excess of 6 inches are forecast. Freezing rain is expected along the southern edge of the region, generally from northern Oklahoma eastward. Accumulations will range 0.20-0.25 inch. 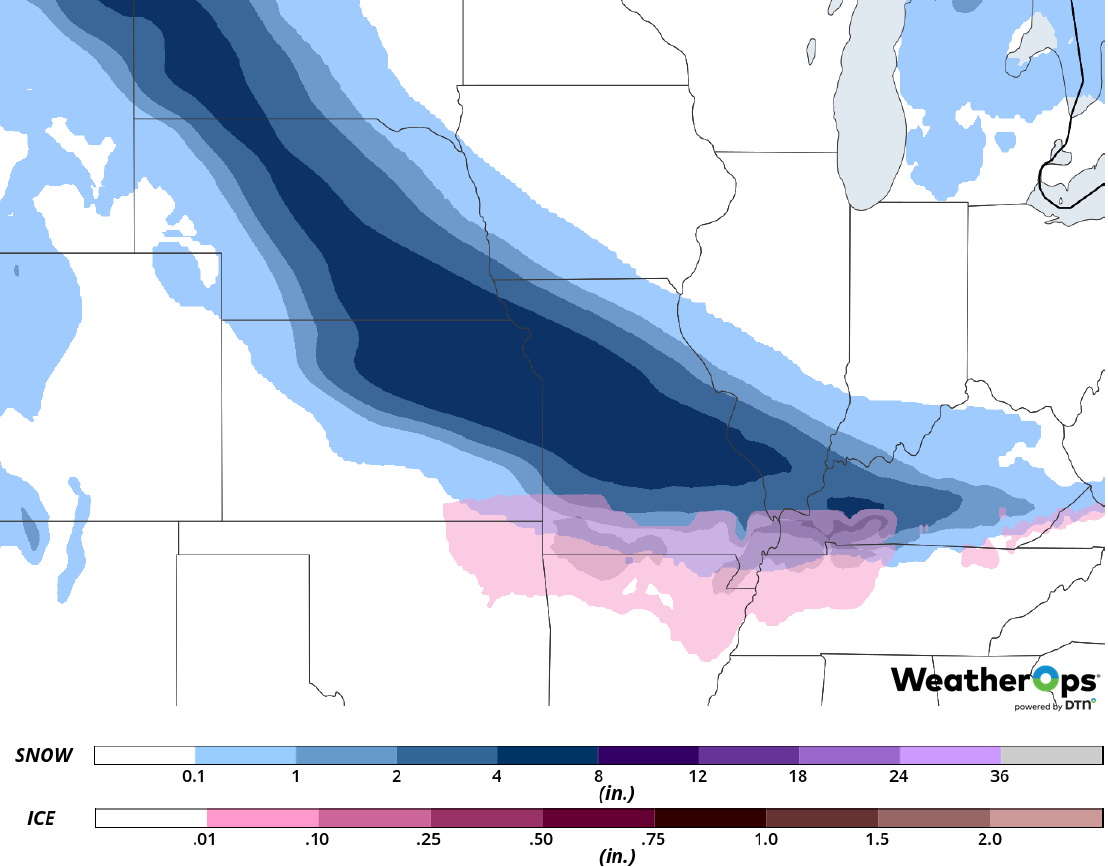 Snow and Ice Accumulation for Friday

Freezing Rain and Snow from the Ozarks into the Mid Atlantic through Saturday
As an upper level low moves eastward, a surface low will develop along a cold front moving across the Southeast. This low will move northeastward, producing freezing rain and snow along and north of the low's track Friday into Saturday. Freezing rain is expected from the Ozarks into eastern Tennessee with accumulations ranging 0.10-0.20 inch. Snow will mainly fall from Kentucky eastward; accumulations will range 2-4 inches with locally higher amounts in excess of 5 inches. 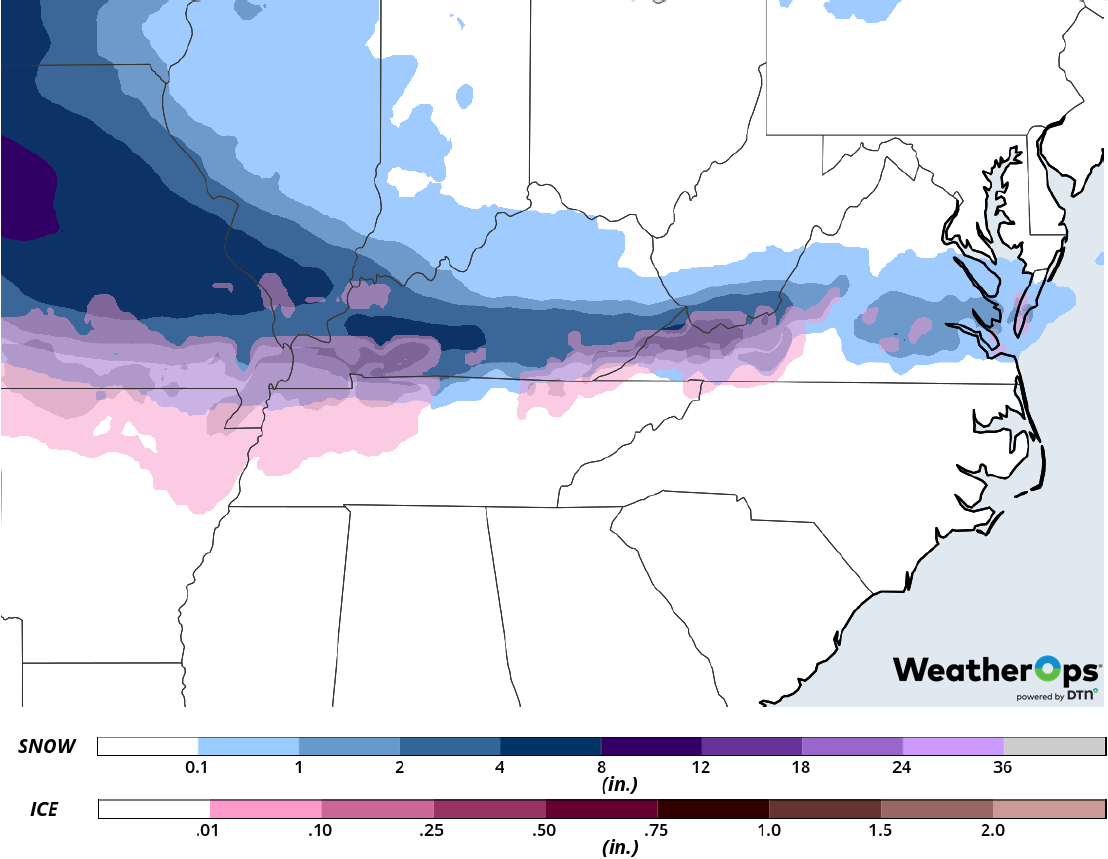 Potential for Snow Saturday and Sunday across the Northern Plains
An upper level trough will move across the western US and into the Plains this weekend; snow is expected to develop from Montana into Iowa.  Accumulations will range from 4-8 inches across Montana and 3-7 inches from the Dakotas into Iowa. 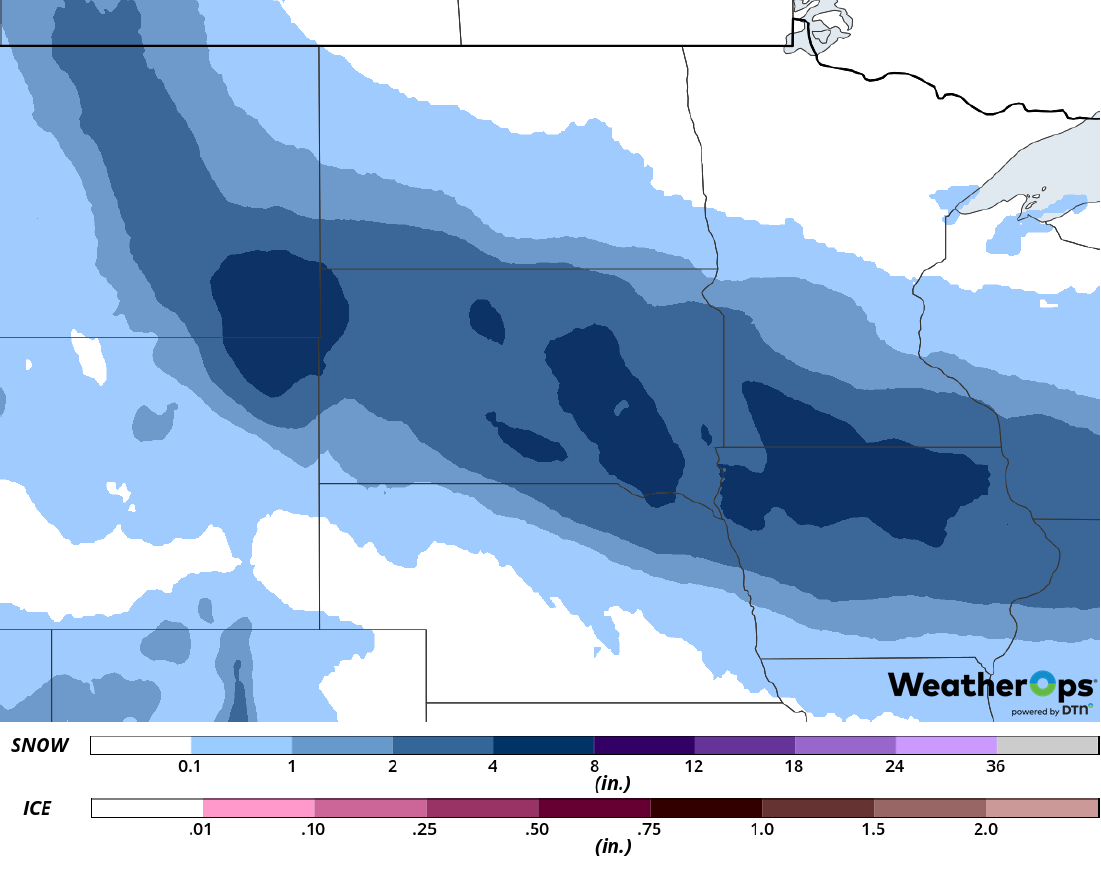 Snow Accumulation for Saturday and Sunday