Thunderstorms will continue across the Southeast on Friday ahead of a cold front. Some of this activity will have the potential to produce excessive rainfall. Snow will end across the Plains and Midwest Friday afternoon as the area of low pressure continues to move eastward. An upper level low will bring snow to Central New Mexico through Saturday. Thunderstorms will continue across portions of the Gulf of Mexico through Friday night along a weak cold front. Fog may develop along the Gulf Coast through Sunday morning.

Thunderstorms for the Southeast on Friday
An area of low pressure will continue to move northeastward today. Its associated cold front will extend southwestward across the Appalachians into Georgia and Alabama and slowly move eastward throughout the day. Ahead of the cold front, southerly flow will pump moisture northward across the region. Ongoing shower and thunderstorm activity will track eastward as well. Sufficient instability and wind shear will remain spread across the region today. With lift provided by the front, ongoing activity will intensify; a few storms may become strong to severe. Damaging winds will be the primary concern with these storms.

Excessive Rainfall Friday across the Southeast
In addition to the thunderstorm potential described above, there will be a risk for excessive rainfall. Rainfall amounts will range 0.50-1.50 inches with locally higher amounts in excess of 2 inches, leading to a risk for flooding and excessive runoff in higher elevations. 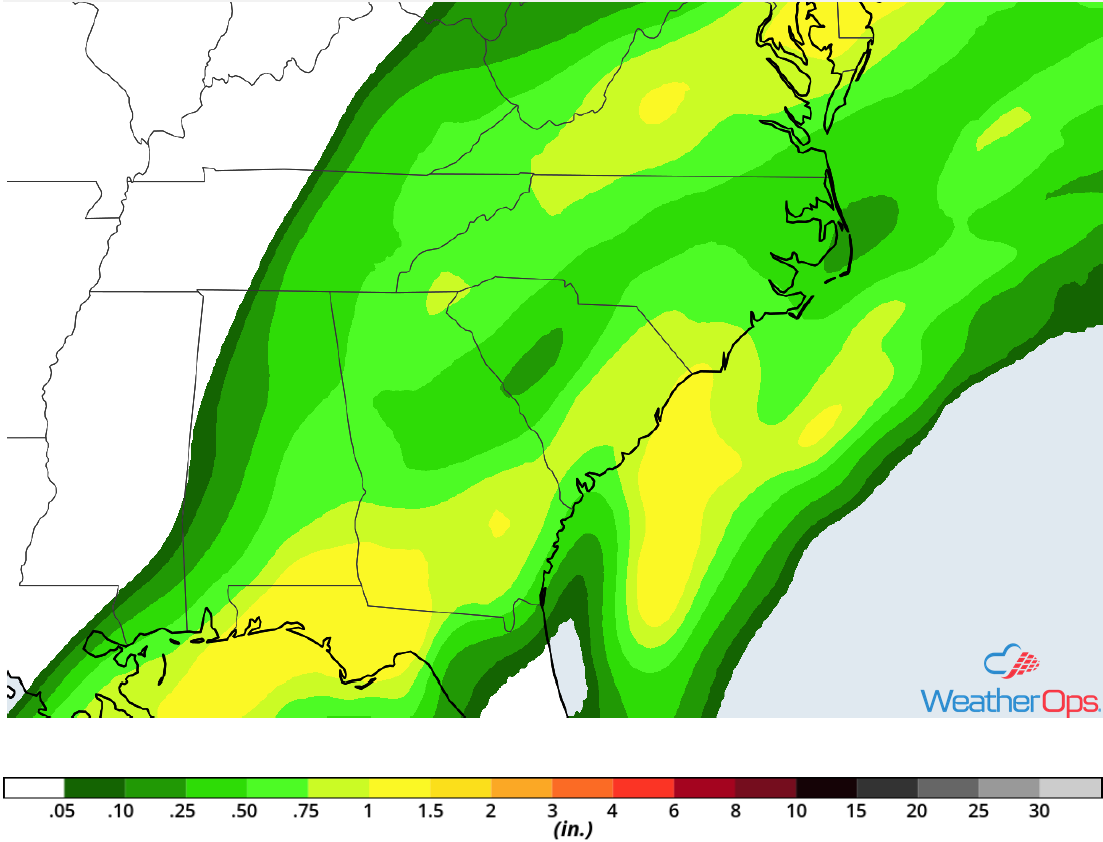 Snow for the Plains and Midwest on Friday
The winter storm that brought heavy snowfall and blizzard conditions to much of the region over the last few days will move out of the Great Lakes by this afternoon. As the snow ends, high pressure will build in across the Plains and winds will decrease. An additional inch or two cannot be ruled out across portions of eastern Minnesota and into Wisconsin; however, significant impacts will likely end this morning.

Potential for Snow through Saturday across Central New Mexico
A strong winter storm has begun across portions of New Mexico and is expected to continue into Saturday. Although there is only modest low level moisture across the region, a strong upper level low will continue to produce moderate to heavy snowfall. Widespread accumulations of 4-8 inches with locally higher amounts in excess of a foot are expected. In the higher elevations, 6-12 inches with locally higher amounts in excess of 15 inches are forecast. Gusty winds will lead to near blizzard or blizzard conditions across the higher elevations, as well as wind chills in the single digits.

Thunderstorms for Portions of the Gulf of Mexico through Friday Night
A broken line of strong thunderstorms associated with a weak cold front is slowly moving eastward this morning. This motion is expected to continue through the evening. Wind gusts in excess of 40 knots, heavy rain, frequent lightning, and waterspouts will be potential hazards with these storms. 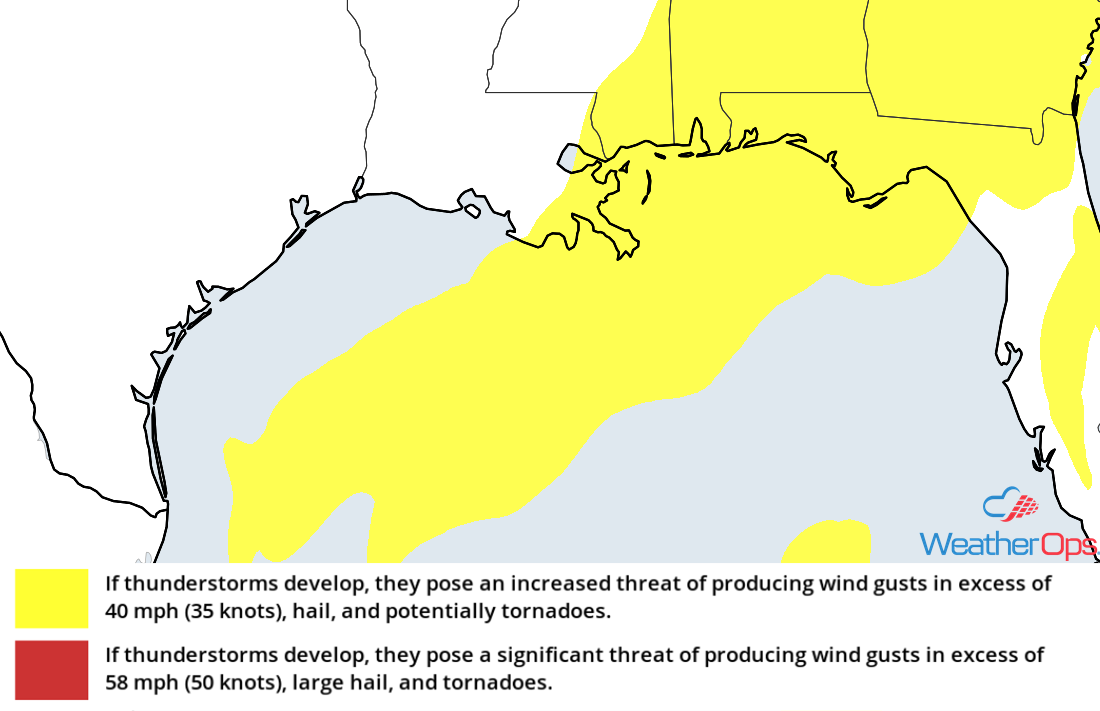 Fog through Sunday Morning along the Gulf Coast
As a cold front stalls over the region, winds will be light. This will allow for the development of sea fog through Sunday morning. Visibilities will range 1-2 miles. Along the Louisiana coast, visibilities will improve Friday evening as drier air mixes in. Elsewhere, conditions may briefly improve early Saturday morning as winds increase, but fog will likely develop again later in the morning. Stronger winds will return around 6am Sunday, allowing the fog to dissipate and visibility to improve.

A Look Ahead
Snow may develop across the Northern Plains and Upper Midwest on Monday as an area of low pressure moves eastward. By Tuesday, snow will shift into the Great Lakes. Across the Southern Rockies, snow is forecast throughout the day on Tuesday. Showers and thunderstorms are forecast across the Southeast on Wednesday ahead of a cold front. Rain and snow may move into the Pacific Northwest on Thursday as an upper level low approaches.